The last Indie World of 2021 certainly didn’t go easy: here are all the announcements of the Nintendo Direct of December for the independent scene

By now you know us: if there is an event there is a recap, and that is why all the announcements of the latest Indie World this year are here, summing up what we have seen in the course of this Nintendo Direct from December. Expect lots of news from Amber and Paul, beyond the usual COVID disclaimers at direct start and the PEGI rating which, this time, reaches the top of sixteen. The new graphics by title, stacchetti and (thank goodness) countdown is just the first of the many surprises that the Big N has reserved for us during this presentation. If you want, you can see below the event.

Indie World starts with a bang, and the first of the announcements is a role-playing game with a pixel art between Owlboy and Octopath Traveler that is already bewitching everyone: the Nintendo Direct of December opens with Sea of Stars. The game shares not only the creators, but also the narrative universe with The Messenger, acting as a prequel to the acclaimed indie. The two protagonists, “children of the solstice”, must combine the powers of the sun and the moon to create the magic of the eclipse. And eclipsing the plans of the evil Fleshmancer already seems a joy for the eyes, given the breathtaking lighting, but also for the ears. The soundtrack is in fact by Yasunori Matsuda (Chrono Trigger, Chrono Cross, Xenoblade Chronicles 2). Winter 2022.

Dive into a fantastic adventure inspired by classic RPGs with Sea of ​​Stars by @SabotageQc, coming up #NintendoSwitch in winter 2022. #IndieWorld @seaofstarsgame pic.twitter.com/gnCOPhYDLy

Our roundup continues through all the various announcements of Indie World in December with the second protagonist of Nintendo Direct. Ozma and Nate from Taiwanese studio Underscore presented Aliisha: The Oblivion of Twin Goddesses. In this action-adventure puzzle game we will have to join forces in an abandoned temple, which translates into local co-op. Different endings await us at the end of this poignant storyline, which will keep us company along with an art style inspired by The Legend of Zelda: Breath of The Wild starting from next spring.

Loco Motive – Indie World, all the announcements of the Nintendo Direct for December

The train starts again… literally! Loco Motive is a point and click adventure with a style clearly inspired by classics like Monkey Island and Sam and Max. On board the Reuss Express, we will have to solve a murder… but not as a detective. On the contrary, the three playable protagonists will also be the suspects. To counterbalance the particularly pronounced pixel art we find a real complete dubbing. We will solve the case of the murder of Lady Underwald set up by Chucklefish and Robust Games starting from next summer.

All aboard the Reuss Express !

Investigate a murder mystery in this hilarious point and click adventure @RobustGames.

Loco Motive will come up #NintendoSwitch in the summer of 2022. #IndieWorld pic.twitter.com/4349bznbwA

The creators of Coffee Talk and What Comes After will put us in front of a moving story about love, mourning, music and friendship. The resulting hybrid between visual novel and rhythm game is AfterLove EP, curated by the Indonesian studio Pikselnesia and set in Jakarta. This, despite the manga-inspired aesthetic, will be a real dip in the culture of the country. Here too we can expect different endings as well as lots of good music from the Indonesian band Alphalpha. The adventure of the musician Rama will begin from next summer.

Discover a story of love, mourning and music in Afterlove EP, an adventure that combines visual novel and rhythm play. This title published by @FellowTravellr will come up #NintendoSwitch in 2022! #IndieWorld pic.twitter.com/vdMa57pLKU

You know the zombies of Chinese culture, the ones like Hsien-Ko in Darkstalkers? Why in Dungeon Munchies we will have to do with a corpse reanimated by the note on his forehead. This is a 2D horizontally scrolling platformer, with survival elements and a hint of soulslike to flavor it all well. To make the game more appetizing, then, will be the necromancer chef who brought us to life, Simmer. With his recipes we will in fact be able to feed on out of this world delicacies, which will have an effect on the gameplay. This is the first shadow drop of the live: the game is in fact available from now.

Now let’s move on to the latest son of developer and musician Niels Sorenssen. With Figment 2: Creed Valley we will enter a Zelda-style world where clashes with enemies take place to the rhythm of music, which in turn depends on our actions. The setting will be, literally, “a rhythmic world within the human mind”. Graphically, everything translates into a hybrid between sprite and polygons. The game will be available starting in February 2022, ma the demo is already available.

Let’s Play! Oink Games – Indie World, all the announcements of the Nintendo Direct for December

There is a little bit of everything in this game collection. Not unlike the 42 Timeless Classics franchise created by the Big N itself, with Let’s Play! Oink Games we will have the opportunity to try our hand at many different board games, which the trailer describes as 1: 1 scale transpositions of their real counterparts. It will also be for this reason that the game boasts of “simple rules”, while the trailer promises the addition of other games in the future. We are dealing with the second shadow drop of the day: the compilation is already available now su Nintendo eShop.

We are facing an undoubted candidate in the Games for Impact category due to the social relevance of the topics covered. In Endling: Extinction is Forever, we will take over the reins of a fox shortly after the birth of its offspring in the midst of a colossal environmental disaster. Javier and Iris of HandyGames promise a poignant story, while graphically we already notice the influence of PlayDead’s cel-shaded titles (Inside in primis). We will hunt to feed our puppies and bring them to safety starting from next spring.

Can you protect your puppies in a world ravaged by humans? Put your survival instincts to the test in Endling – Extinction is Forever, available at #NintendoSwitch in spring 2022. #IndieWorld #Endling pic.twitter.com/9VAxLiWDHo

OlliOlli World – Indie World, all the announcements of the Nintendo Direct for December

Roll 7 and Private Division welcome us to the nation created by the gods of skateboarding, Radlandia. With a similar premise we could only talk about OlliOlli World, the themed platformer… well, skater themed where we will have to pursue Gnarvana (from “gnarly”, an expression of the 90s which also gives the name to a level of Super Mario World, ed). Online rankings and competition for cosmetic items are also waiting for us, while the ability to pre-order the game from now on will guarantee us exclusive bonuses. The release date is instead set for theFebruary 8, 2022. Way cool!

Colleen Fannin of WayForward, “like this, out of nowhere”, has seen fit to give us a heart attack by nonchalantly announcing the arrival of River City Girls 2. Still enjoying the Arc System Works license, the spinoff of the River City Ransom scrolling fighting series brings with it six playable characters, a larger city, smoother animations, local and online co-op, unique moves for each character… and, if confirmation of the approval of the IP holders is needed, also the return of Kunio as a playable character. Megan McDuffee returns as a composer. Estate 2022.

Anticipating the closing of the dance, Indie World has brought together almost all the remaining announcements with one quick roundup: we will bring it back at an equally fast pace in our December Nintendo Direct recap.

Paint everything in your path with a magic brush, solve puzzles and meet a cast of exuberant characters in Chicory: A Colorful Tale for #NintendoSwitch, now available! #IndieWorld

If we have used the terms Indie World and Nintendo Direct interchangeably, it is because all ads always have one final surprise, and the December presentation was no exception. The “role-playing game that has bewitched the critics”, Omari, it will be on Switch there next spring. In this title we will discover a forgotten past by changing the game world from time to time. The extravagant atmosphere of the game, which is reflected in the gameplay, will be contrasted by what already promises to be “strong themes”. The… 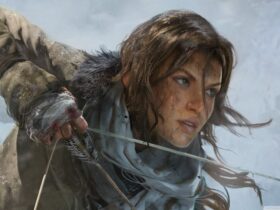 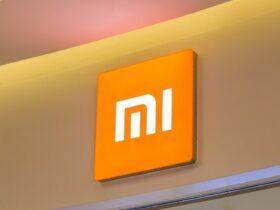 Xiaomi improves its position in the Fortune Global 500 ranking 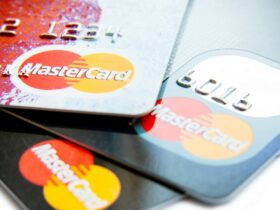