The new short film directed by Pierfrancesco Campanella is in competition at the prestigious event Tulips of black silk. With Maria Grazie Cucinotta leading actress in the role of mother courage

Inhuman sacrifice the disconcerting short film by Pierfrancesco Campanella from the harsh issue of the disappearance of minors. With Maria Grazia Cucinotta the absolute protagonist is the difficult path of a mother to get to the truth about her son kidnapped in mysterious circumstances. The touching truth that follows the story of the disappearance of Denise Pipitone, with a Cucinotta very close to the figure of Piera Maggio.

With the interpretation of Franco Oppini, totally immersed in a role that is unusual for him, ambiguous and dramatic at the same time. Francesca Nunzi, usual theater actress with a lot of experience in film and television. The promising Nicholas Gallo young actor and son of art. With the participation of Chiara Campanella (grandson of the well-known director); Federica Candelise affirmed lawyer with an artistic past and with the wonderful character actor Maria Rita Hottò.

Produced by Angelo Bassi per Mediterranea Productions srl. The suggestive photography by Sacha Rossi and the color correction of Sebastiano Greco. Hard rock music composed by Alfred Bestia. Marco Pagliarin to the sound, while the sound in post production is the work of Federico Tummolo.

Currently available for viewing on the Rai platform. 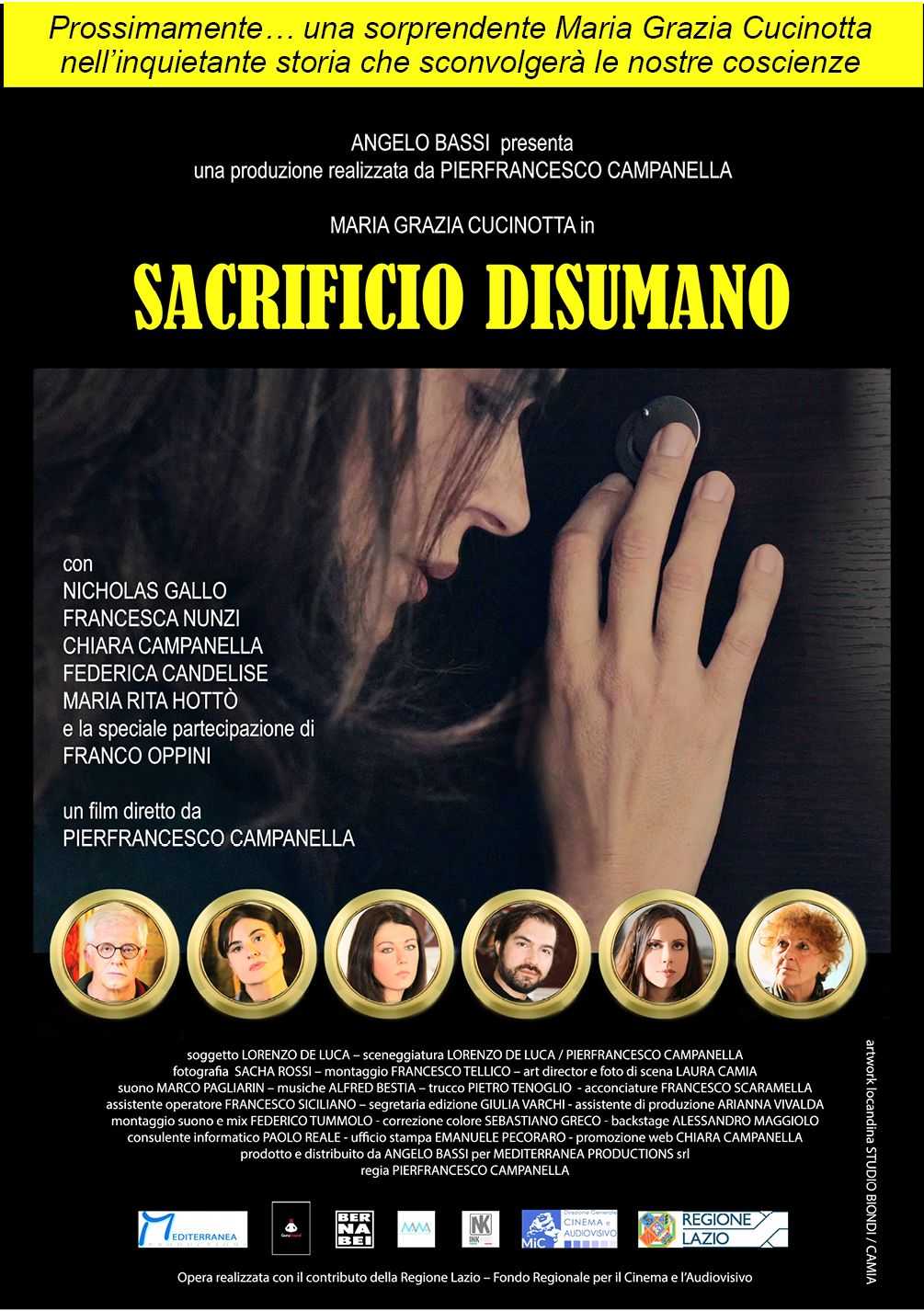 Mara (Maria Grazia Cucinotta) a mother willing to do anything to find out the truth about her kidnapped son. Disappeared into thin air, he fears he may have ended up in the circle of pedophilia or victim of some organization dedicated to organ trafficking. Driven by pain, the woman begins a thorough journey to arrive at the truth, leading her to doubt anyone around her. Tricks and twists will reveal the incredible and atrocious mystery.

A great interpretation for a profound project full of pathos, tension and anguish, capable of striking the viewer for its being so true and direct. It boasts the collaboration of the well-known engineer Paolo Reale, known on the television program Quarto Grado.

Pierfrancesco Campanella returned to the limelight thanks to the revival of all his previous works on DVD and in the most important on demand platforms, he declared himself very satisfied with this experience and announces the imminent shooting of a feature film with top secret contents for now.

Continue to follow us on TechGameWorld.com to stay up to date on news in the world of cinema and TV series!