The experimentation is an often pregnant trait in independent videogame production. But this time, the imagination and the will to bring something truly original to the screen, at least in form and context, have been pushed beyond the limits of what we have seen so far. At least in part. Let us explain better: It’s a peanuta title that inevitably sounds mischievous in Italian and always brings an ironic smile to one’s lips, is the new project by the Polish developer Coming Gamessupported by the publisher Daedalic Entertainment, which transports us into an almost enchanted medieval atmosphere. The genre of this video game is one of the most classic that exist, a strategic one, but it is the context that turns out to be decidedly original. None other than i medieval marginalia they will be the protagonists of the clashes and tactics that we will have to put in place. Or better, on parchment paper. Be intrigued by these details, even before you know what awaits us several sequences in full motion video? Follow us in our experience…from other times, but tested on Steam!

Inkulinati, look behind you (and beyond)!

We’re used to comics, visual novel illustrations and whatnot, but have you ever been enchanted by observing medieval miniatures and carefully crafted pages by monks and nuns of the time? Well, after 700 years we have the opportunity to see these strange characters from a world far away from us as they come to life. And they are not limited to this: they fight even among themselves, without respite. This happens thanks to the Inkulinati, those who know how to use ink and make it come to life how much they draw.

So let’s get into the details: here medieval manuscripts are alive, and the struggles are mainly based on a few targeted actions. We will soon discover that a rabbit’s butt is more lethal than a dog’s sword (one of the explanations of the title maybe…?) Seriously, we have to learn from the initial tutorial how to master the art of ink drawingnot so much because we will have to draw, but because we will be asked what we want to drawso that these beings can live on the parchment.

We will gradually go to build our bestiary to defeat ever more powerful enemies and unleash ever greater and even mysterious powers. A rather cumbersome job, that of setting up the bestiary, but the Italian localization of the game plays to our advantage. As far as indeed the explanations are many and full-bodied, we can better understand the details, which will help us better understand the different types of attacks. Only in this way will we be able to go from level to level, here called chapters, and challenge ever more powerful enemies.

In the middle of the journey of our game…

One question remains outstanding at this point: how do you play something that is based on medieval scroll designs? Called marginalia because, as you can imagine, they stood in the margins of the pages, embellishing them, now we become just one of those ink masters, living here, to aspire to become the greatest Inkulinati. Each round sets up as one turn-based battledove ours movements are on chessboard. When the number of available actions has run out during our round, the characters will take a nap on their space. However, the setting is not just a mere parchment page: the tactic is also developed through the ability to exploit obstacles that will appear in front of and around us, as well as having to collect as much living ink as possible, for draw new units which allow you to gain an advantage over your opponents. Among these there is also a considerable attention to the culture of the past centuries.

Without anticipating too much, both great names of Italian literature of the time await us, including the Vate Dante Alighieri, Death himself and others, among the great men of letters from all over the world. A touch of class and culture that we would not have expected and that we appreciated.

From antiquity to the contemporary world, the step is short. In fact, we found ourselves in a whirlwind, sometimes disorienting and confusing, dictated bythe mix between the virtual pages of an ancient book and the scenes played by real actors in a reconstruction of the Middle Ages. Nuns, knights, and even real elements inserted during the game phases, such as real and gloved hands that draw, erase and intervene in other creative ways directly on the pages, or rather on the battlefield.

Sometimes this union is pleasant to observe and gives an original and unexpected touch to the game and gameplay, other times instead the almost sudden transition from the virtual to the full motion sequences without particular detachment, too sudden. The sensation was that of having created a collage of different and not very cohesive parts. An original find, however, although already observed in other games, from Erica to Her Story, which gives an almost alienating touch in finding real people in a clearly virtual and fictitious world. Regardless of this somewhat dissonant element, the gimmick isn’t bad at all and helps make Inkulinati even more interesting as an independent product.

Beyond the title that sounds decidedly ironic for us Italians, Inkulinati manages to meet our liking. This is thanks to a fluid game system, and clear gameplay, not too difficult to understand instantly, and convincing. A project at times experimental, at times well rooted in tradition, this title, after all, is fun. Which is the most important fact, in addition to its well thought out technical performances, the graphics that do not show any major flaws and the game context well placed in the medieval world. Apart from some directorial flaws in the video sequencesat times evidently excessive in the acting and almost grotesque, the presence of “human” elements in a virtual and fictitious world has left us feelings that are not always positive, depending on the situation. One thing, however, is clear: you have to try it. You won’t feel like you’ve been kicked in the butt like your opponents will. How will things go? You will find out from next January 31st. 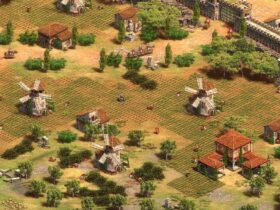