Indie platformer River Tails: Stronger Together is at the center of our interview with its creator, Marco Vidale of Kid Onion Studio

After having dedicated ainterview to our local author Giuseppe Licata, we did the same with Marco Vidale: if the name sounds familiar to you, it’s because we got to talk enthusiastically about the project indie of its development team, Kid Onion Studio, and even today we are here to negotiate River Tails: Stronger Together. Also in this case we have six exchanges of jokes to report, in which the quotationism of the Italian-English “onions” is mixed with an authorial style and very clear ideas. The independent scene, on the other hand, is craftsmanship: how will an Italian approach it?

The first question in our interview with Marco Vidale could only go to the obvious, as the indie development team Kid Onion Studio makes the River Tails: Stronger Together project a joint effort between Italy and the UK. But will it really be like this?

Thanks for taking your time. Can you tell us how the idea of ​​founding a development team was born, combining Italian and English talents? Who did the proposal start from?

Thank you for giving us the opportunity to talk a little about ourselves. We are actually all Italians, many of whom have moved to England to work in animation studios. It all started when the co-founder of the studio, Francesco Mazza who currently lives in London, launched the proposal to his childhood friend Gabriele Gangemi, who lives in Catania. Then there was a round of calls and in a short time he was put on an all-Italian team but scattered around the world. 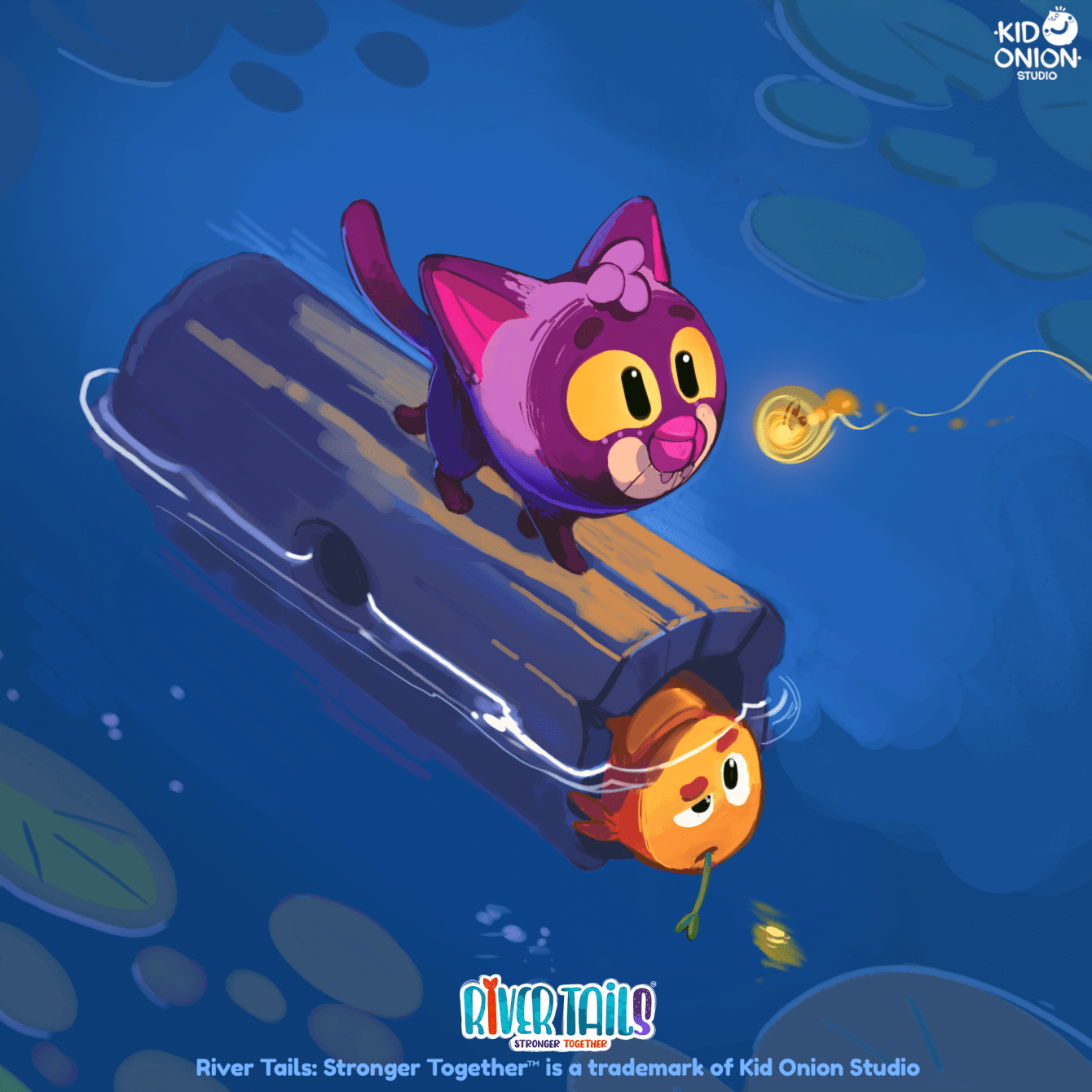 Duality and quality – Interview with Marco Vidale of Kid Onion Studio, author of the indie River Tails: Stronger Together

I platformer con a duo as the protagonist they are a timeless classic and the indie River Tails: Stronger Together is no exception, but Marco Vidale has denied the belonging of the eldest son of Kid Onion Studio to this trend. Here’s what we said about it.

In Furple and Finn it is evident, if we really can’t talk about DNA, at least a trace of Banjo and Kazooie. Have you already thought about an antagonist? If so, what kind of charism do you intend to focus on?

Actually ‘, although we know Banjo-Kazooie well, we have to admit that that wasn’t the spark and the main inspiration for Furple & Finn. Our main forms of inspiration were the short but very inspiring co-op sections of “LittleBigPlanet”, “Crash Bandicoot”, “Brothers: A Tale of Two Sons” and a small dose of “The Story of a Seagull and the cat who taught her to fly ”. We have in mind a lone and menacing white snow wolf as the main antagonist. It will be the main engine of the story and will put the two protagonists on the spot. The players will have to be very good to push their ability to coordinate and do team work to the maximum to defeat him. 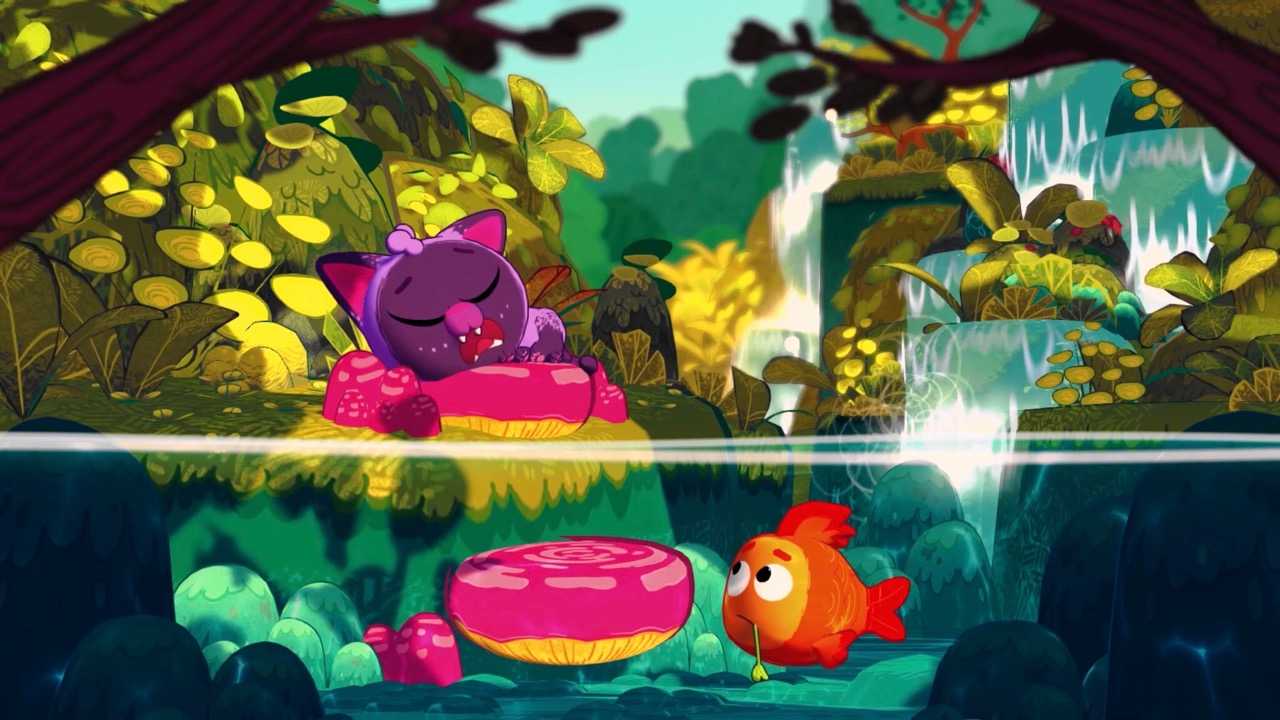 Linear and peculiar – Interview with Marco Vidale of Kid Onion Studio, author of the indie River Tails: Stronger Together

In our first article dedicated to River Tails: Stronger Together, we actually noticed a bit of Crash Bandicoot and for this reason in our interview with Marco Vidale we wanted to probe a little more the muses of the first indie of Kid Onion Studio . Here is what emerged on the level design that we can expect.

In the small spotlight dedicated to the project that will open to the public of Kickstarter in the fall, we have intercepted a pseudo-linear level design in the style of Crash Bandicoot and Super Mario 3D Land / World. Is there anything we missed in our preliminary analysis?

The analysis is very spot on and in fact one of our main sources of inspiration is Crash Bandicoot. In River Tails: Stronger Together sections of pure platforming will alternate with others related a little more to exploration. The linearity of the river will widen to give players the freedom to discover and experience the environment in its ravines, caves and remnants of the forest. We are in a phase in which we are creating and testing levels with different rhythms and for now we are convinced that alternating these two experiences makes the adventure more varied and interesting. We want the variety of environments and gameplay to be strengths for River Tails: Stronger Together, and in fact each level will have unique mechanics and types of interaction with local wildlife. For example, we really like the idea of ​​hiding riddles, like environmental puzzles, which satisfy couples who like to explore the river in search of all the secrets. 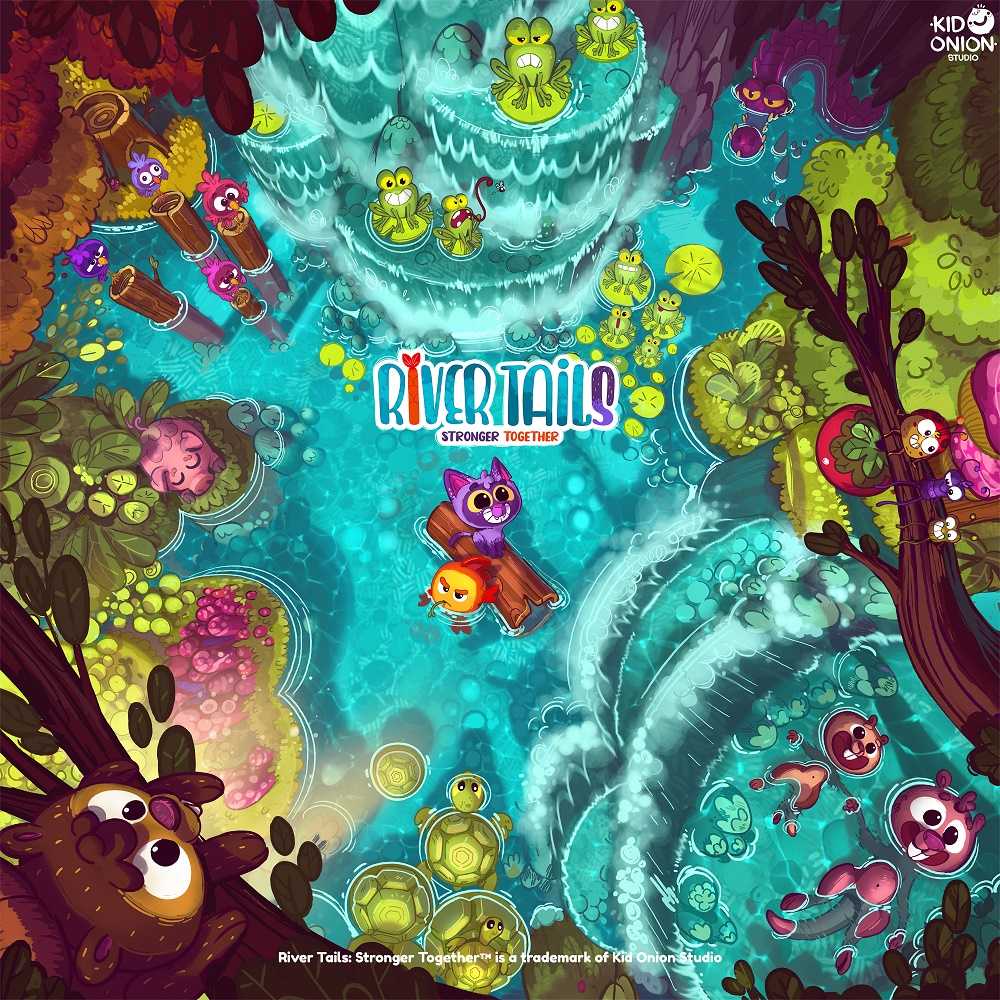 The story that gameplay craves – Interview with Marco Vidale of Kid Onion Studio, author of the indie River Tails: Stronger Together

Thinking back to how much The Legend of Zelda owes its success to a “gameplay first, then history”, We reflected in our interview on what drove River Tails: Stronger Together first, and Marco Vidale’s response did not disappoint. What comes first, between the gameplay egg and the story hen?

Speaking instead of the actual game design, we would like to know how “nintendian” your approach is: did the idea of ​​a strange cat-fish couple as the protagonist come first, or was it the game design that dictated the law on playable characters?

In our case it would be a bit like answering the question of whether the chicken or the egg came first. The two were born together and one shaped the other. When we started we only knew that we wanted to do an exclusively co-op platform adventure set along a river and all its forms. In a long brainstorming session we explored several possible pairs of animals until Furple and Finn came up. The choice of having a cat and a fish as protagonists has inevitably directed the game design towards an asymmetrical co-op. So let’s say the two influenced each other.

One lever washes the other – Interview with Marco Vidale of Kid Onion Studio, author of the indie River Tails: Stronger Together

We have noticed the asymmetric multiplayer too, but it is to give the title to River Tails: Stronger Together the river and we took the opportunity of this interview to ask Marco Vidale if Kid Onion Studio found the fluvial setting of this indie limiting. Fortunately, we will not be faced with the same problems as the Delfina Island!

We have a fish among the playable characters, certainly with different abilities from his companion (with great potential for asymmetrical co-op). Does this have limits on level design as is the case with the omnipresent water in Super Mario Sunshine, or do you already have imaginative solutions in mind like a fish bowl in case you decide to move away from the eponymous river?

Setting limits, which in our case are “geographical”, was what pushed our creativity to a thousand points with the aim of not only circumventing these limits, but of making them a strength. The river can not only flow through forests, canyons, caves and waterfalls, but also have varied and unpredictable climatic conditions such as ice, snow and storm. Thanks to this great variety, we don’t really need to stray from the river to keep the experience varied and entertaining. Regarding the use of human artifacts such as the fish bowl, in the world of River Tails: Stronger Together, there will be no trace of human civilization; nature with its evocative environments and its fauna is the silent protagonist of this adventure to be played in two.

Greetings to the readers

Finally, we gave Vidale the opportunity to say goodbye as is appropriate, giving us an appointment at a Kickstarter which, once the interview is over, seems further away than ever. We will all have a chance to show our support for Kid Onion Studio a November.

What would you like to say to the readers of TechGameWorld.com?

First of all, thank you for reading the interview all the way! We want to assure you that the Kid Onion Studio team is doing their best to create a gaming experience not only that allows you to spend carefree and fun evenings with friends, partners and why not, parents or children, but that you allow you to improve your harmony! If you believe in River Tails: Stronger Together and can’t wait to live your adventure as Finn and Furple, we ask you to support us in our November Kickstarter campaign, many unique surprises await you.

Now it’s up to you to tell us yours: what do you think of this promising project? Let us know below, and as always don’t forget to stay on TechGameWorld.com for all the most important news for gamers and more. For your purely gaming needs, you can instead find the best discounts in digital format on Instant Gaming.