Today it’s up to the legendary PS1, proponent of some of the best games ever, to go under the lens to identify the titles that have made the history of retrogaming

Anyone who has grown up on a gaming level between the early 1990s and early 2000s will certainly have, as well as seen a series of titles now considered retrogaming, played some games at lots of PS1 games which, even today, are considered among the best.

In an era where the Super Nintendo Entertainment System and the Sega Mega Drive were fighting their very own “Console War” with no holds barred, it was necessary for a new challenger to enter the field to bring an air of novelty (we advise you to retrieve the first spots in Italian to understand each other better). This was, in fact, the Sony which, in 1994, put on the shelves a gray box really not bad!

When Sony entered the field

We are in 1994 when, in the Terra del Sol Levante, Sony releases its first PlayStation which, starting from the following year, will spread to the rest of the world, grinding success after success, giving a lot of trouble to some “old glories” such as the Nintendo 64 and the Now Saturn thanks to the massive use of CD, to the following DualShock, to a controller really comfortable, to some practices memory card and to a stock of securities practically exterminated.

Thanks to this console, the gamers of the time were able to indulge themselves with the conversions of the most famous games such as Street Fighter or Mickey Mania and titles that reaffirmed their anchoring to the “old school” such as Alien Trilogy which retraced the thrilling atmospheres of the films.

Chills then, so as not to do any wrong to any of the “Two schools of thought”, retraced the backs of players thanks to masterpieces such as Resident Evil and Silent Hill. But not only fear given that there was also space for the most conventional and non-conventional sport, just think of the first FIFA or the series inspired by Tony Hawk’s skate stunts, and the thousand chapters of Dragon Ball.

As you may have guessed the meat on the fire is really a lot, perhaps too much to be cooked, and therefore expect a second part soon with many other titles. We also remember that, as for the articles on NES and the like, this is a list that does not include any alphabetical order, sales or other, let’s say it’s a mega review! You are ready? Raise the curtain! 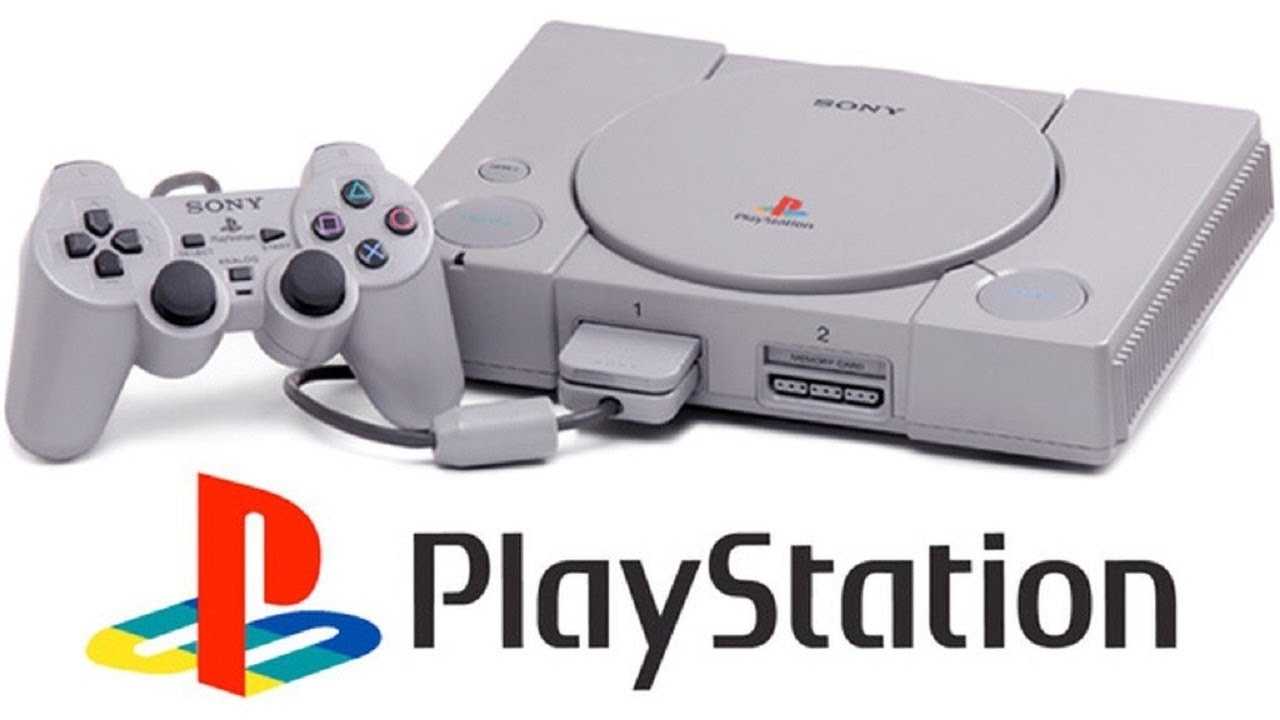 Crash Bandicoot | MediEvil – The best games for the PS1: retrogaming according to Sony

How can you place a brand new console and thus conquer a new audience of gamers? But it’s simple, with one new mascot very respectable for one of the most iconic platformers ever (so much so that the original trilogy was released in a remastered version) complete with a baptized kart version Crash Team Racing! The first three chapters, then, are a real one gem and they deserve to be played and replayed indefinitely (here we talked more deeply about the third). 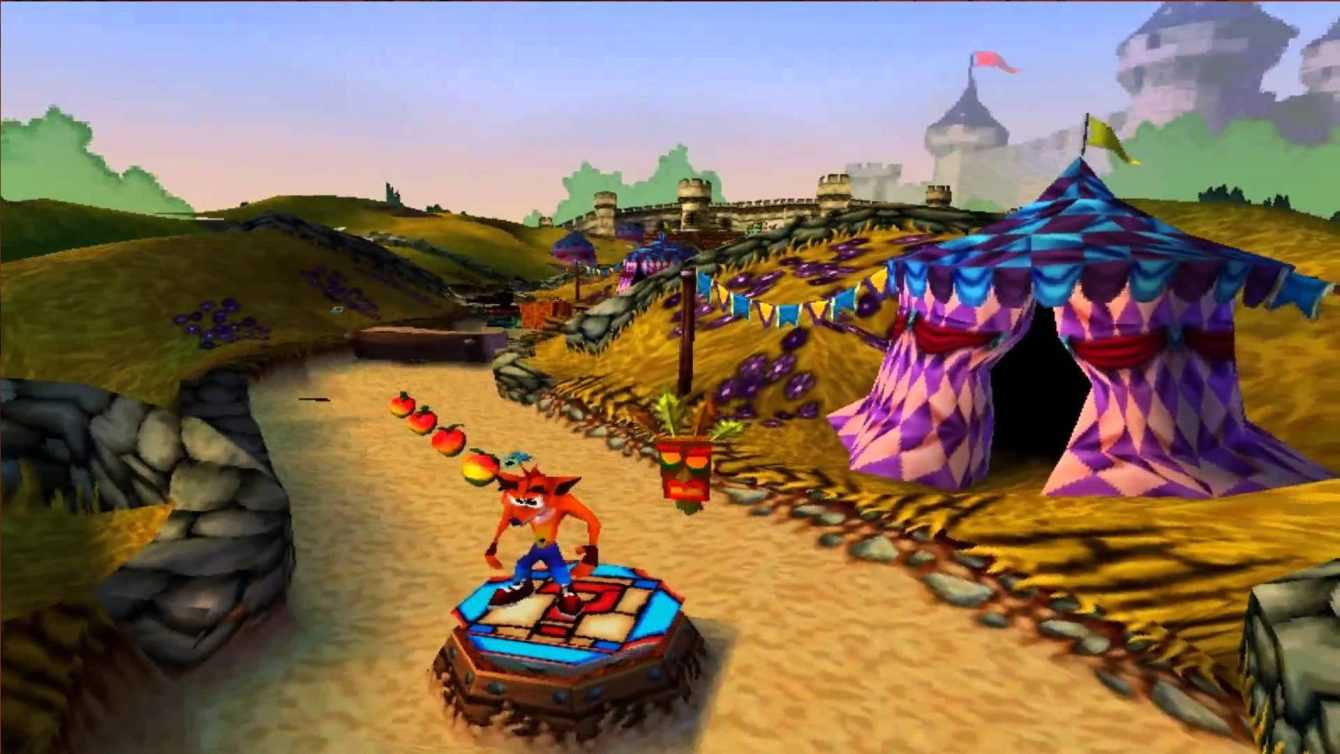 Have you ever wanted a second chance? If yes then ask to Sir Daniel Fortesque! Mistakenly believed to be a hero who killed the evil wizard Zarok, in truth he died struck by the first cloud of arrows, the dear skeleton returns to life after the archenemy has decided to resurrect the dead to conquer Gallowmere. Do not miss the sequel set in a Victorian London while the same thing cannot be said for the title for PSP, but there is remastered for PS4. 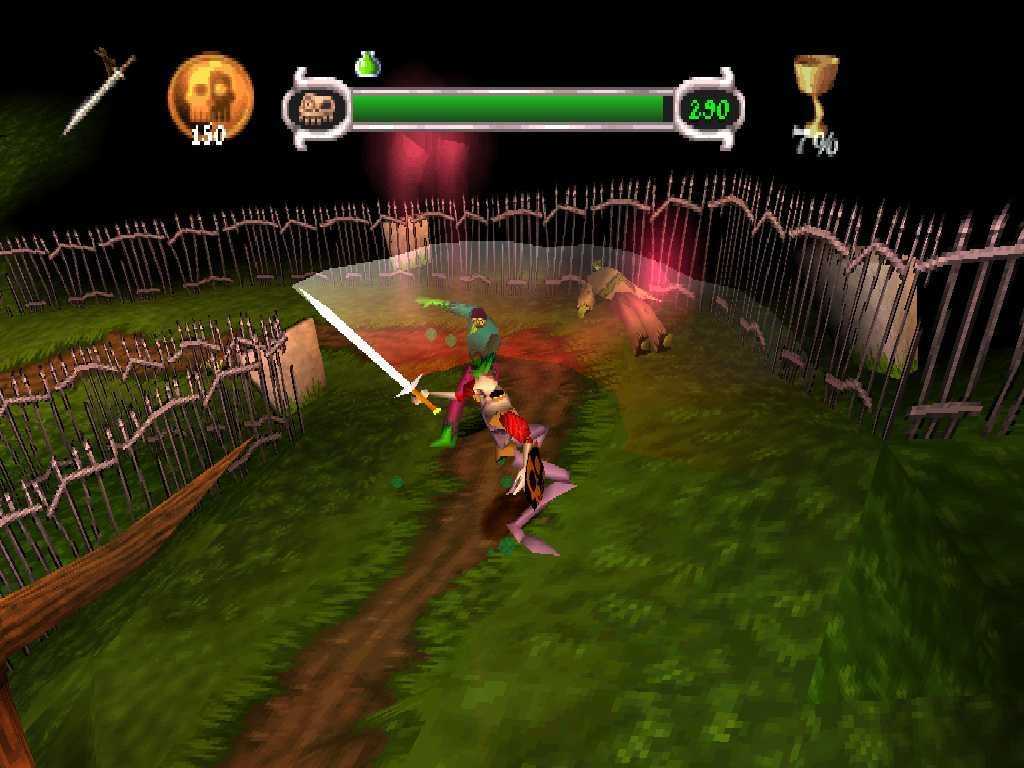 Spyro | Tombi! – The best games for the PS1: retrogaming according to Sony

A gem within a gem since, the playable demo, was even inserted inside Crash Bandicoot 3: Warped! The protagonist of the series is a very nice little dragon who, in a game world with a fairy-tale and dreamy atmosphere, will have to retrieve the gems and save the biggest dragons imprisoned by the enemy of the moment. Also properly remastered! 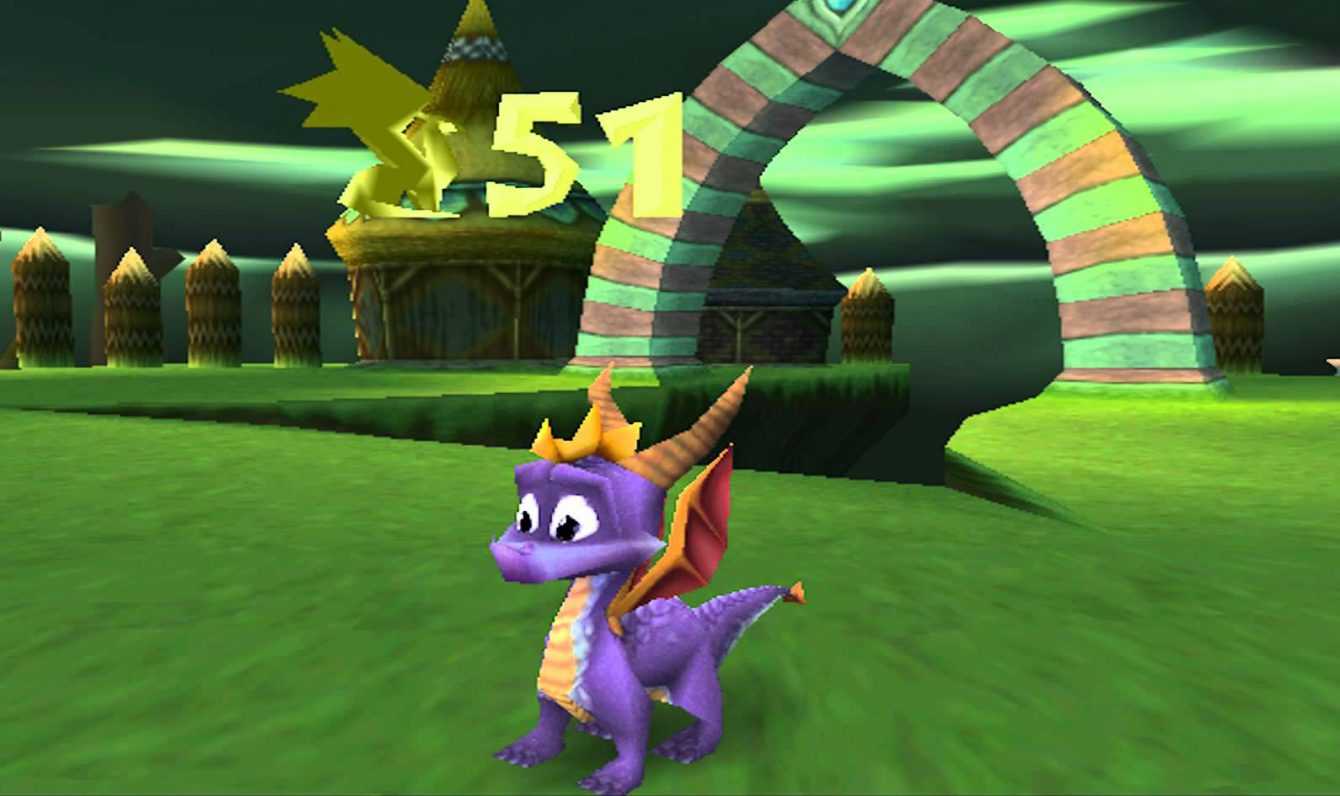 Created by Tokuro Fujiwara (the father of Ghosts’ n Goblins so to speak) and “seasoned” by only one sequel, this title is a really colorful and fun platformer where ours is pink haired wild boy he will have to contend with the treacherous Koma pigs and save his village. Unjustly forgotten, we advise you to read our in-depth analysis to recover one rare gem. 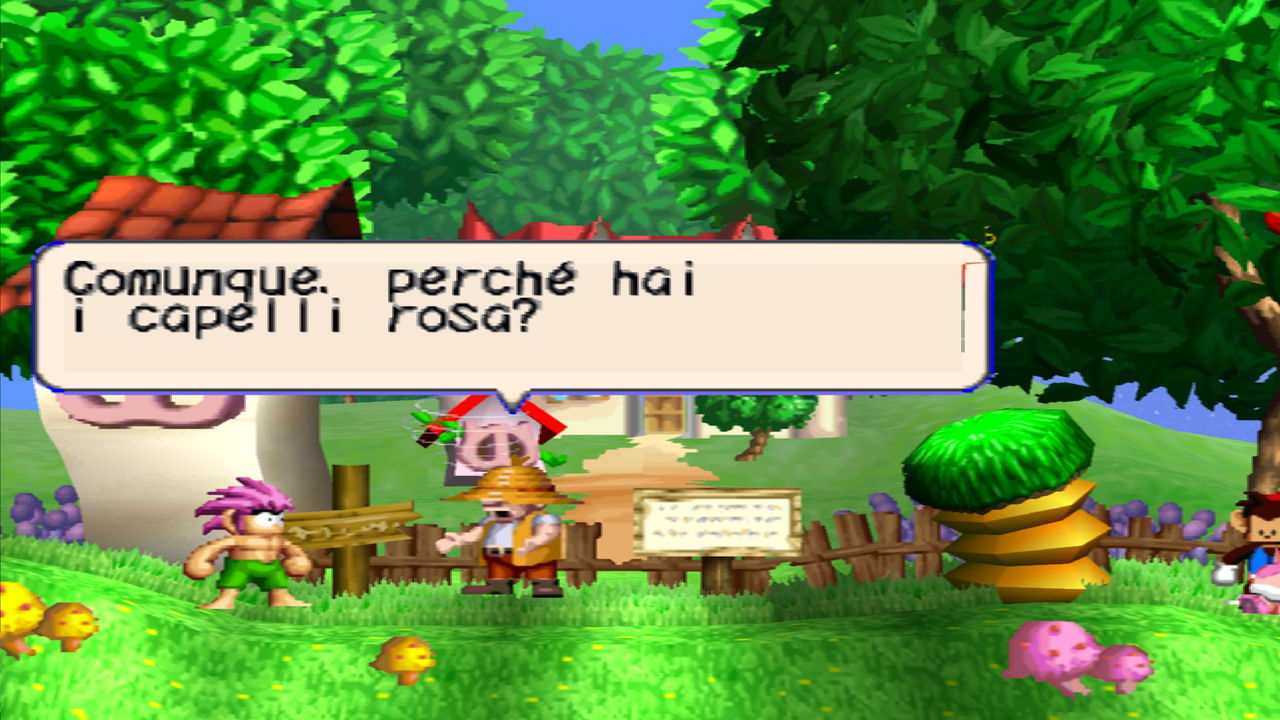 The great masterpiece of Hideo Kojima who, after the first chapters on NES, lands on the first Sony home console towards the end of the nineties. An adventure epic, visionary and cinematic which has generated a series of sequels that have been able to conquer entire generations of gamers. Honestly, is there still someone who has never tried it or who has never heard of it? Keep yours on Codec in any case under the orders of the Colonel! 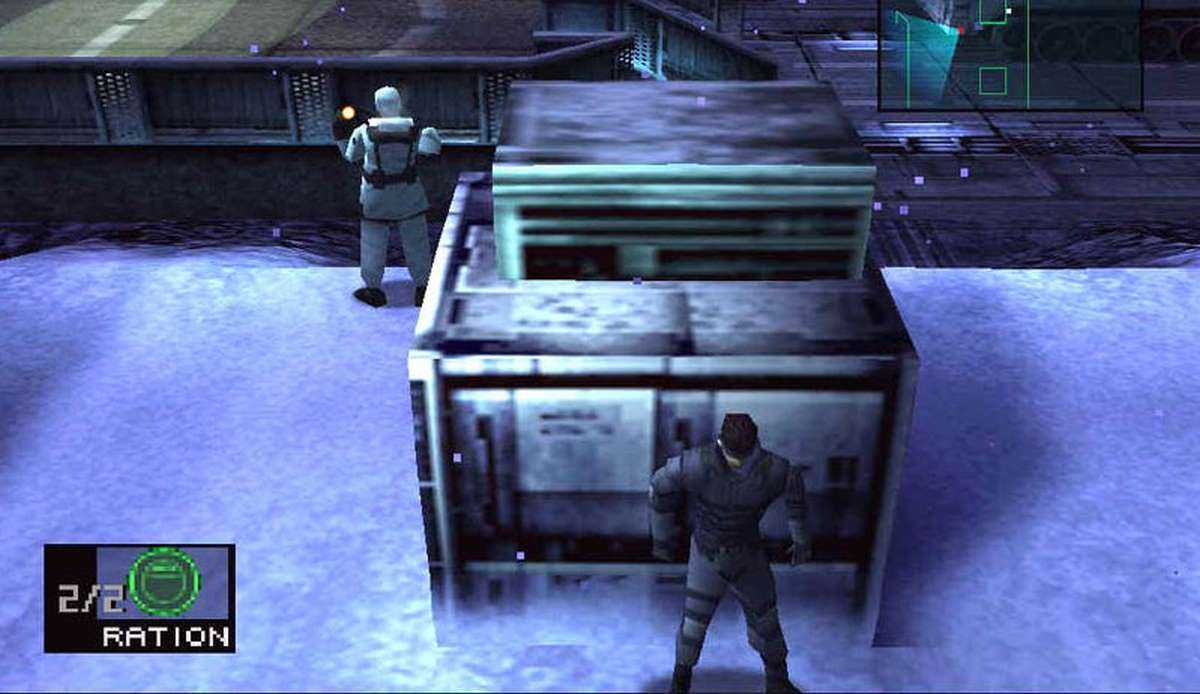 Seriously doubting that it needs any introduction, the title dedicated to the archaeological adventures of Lara Croft counts well five episodes on the Sony home console while other conversions have also been seen for PC e Now Saturn. Although there were many things to do, there was one obligatory thing, lock up the butler in the cold room or indulge yourself in the large family villa. 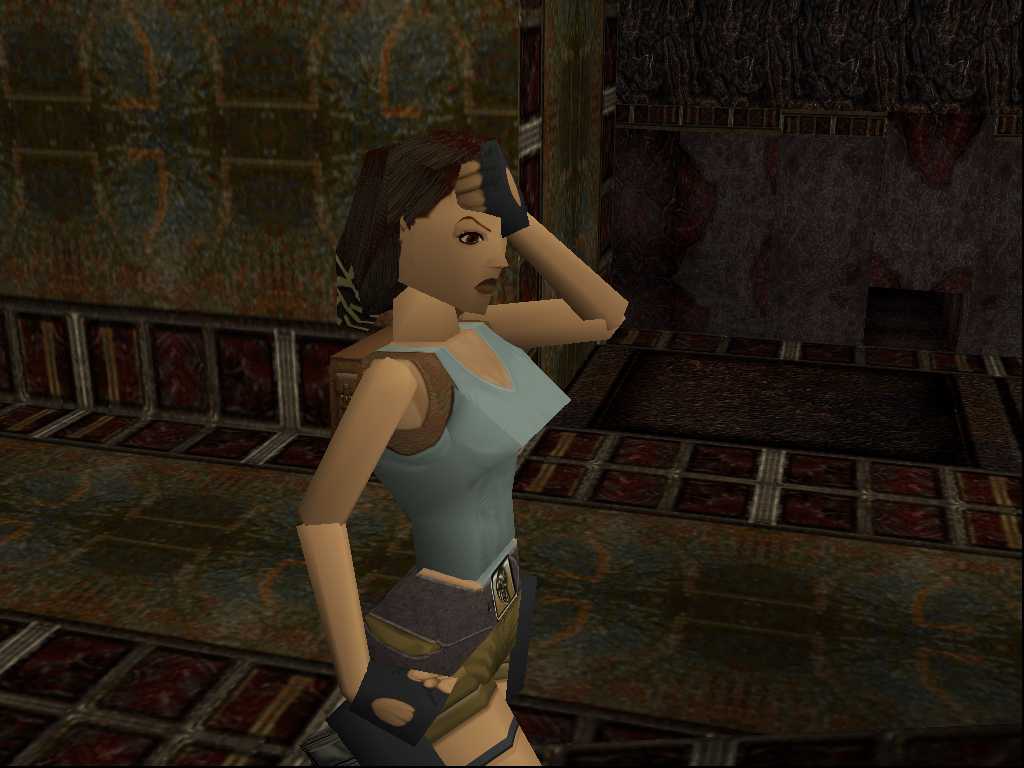 After the episodes seen on NES e SNES, the famous Square saga created by Hironobu Sakaguchi, also had to land on Nintendo 64, but the seventh chapter would have required a disproportionate number of cartridges. Here Sony won at the table bringing an iconic chapter like the VII also followed byeighth and from ninth before breaking down the door of the masterpiece again with the tenth. 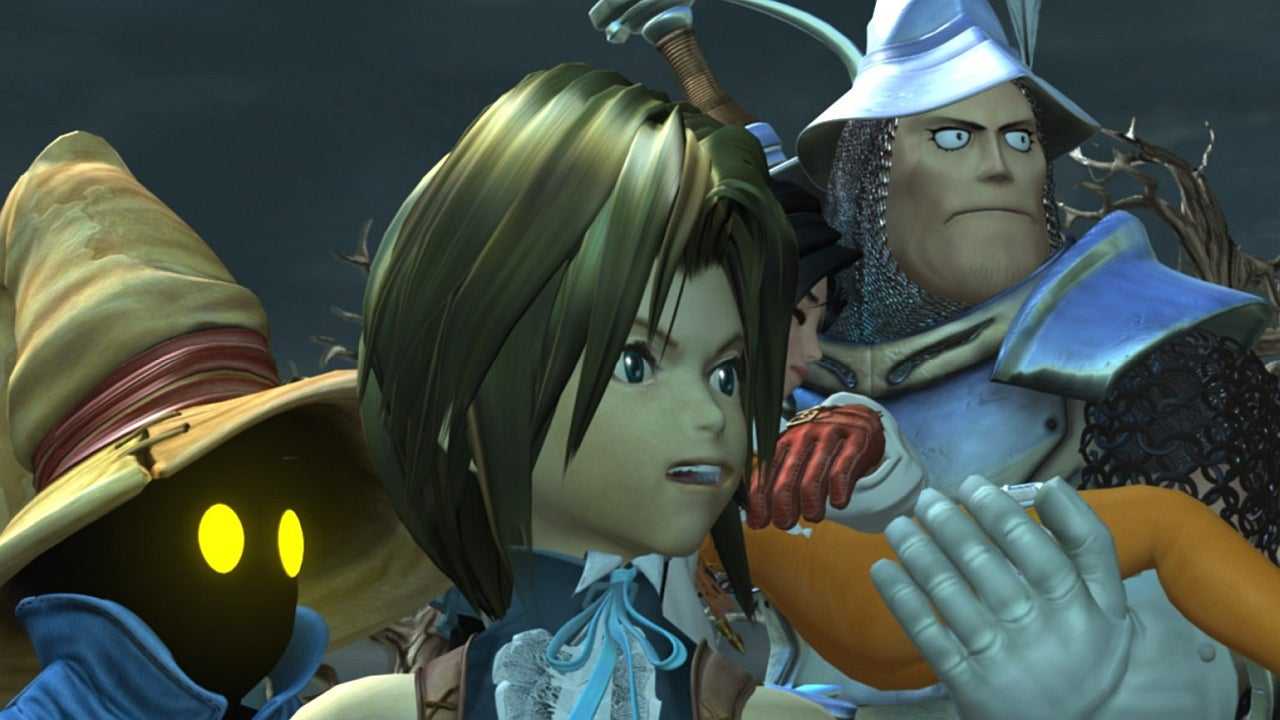 Between most famous and long-lived fighting games always, next to the legendary Street Fighter, Virtua Fighter or the violent Mortal Kombat, Tekken is one of those games that he grinded coins upon coins in arcades and when it was also sold in the console version, it definitively crowned the dreams of all fans of the genre. Many unique characters, one tournament, you will be able to staylast standing? 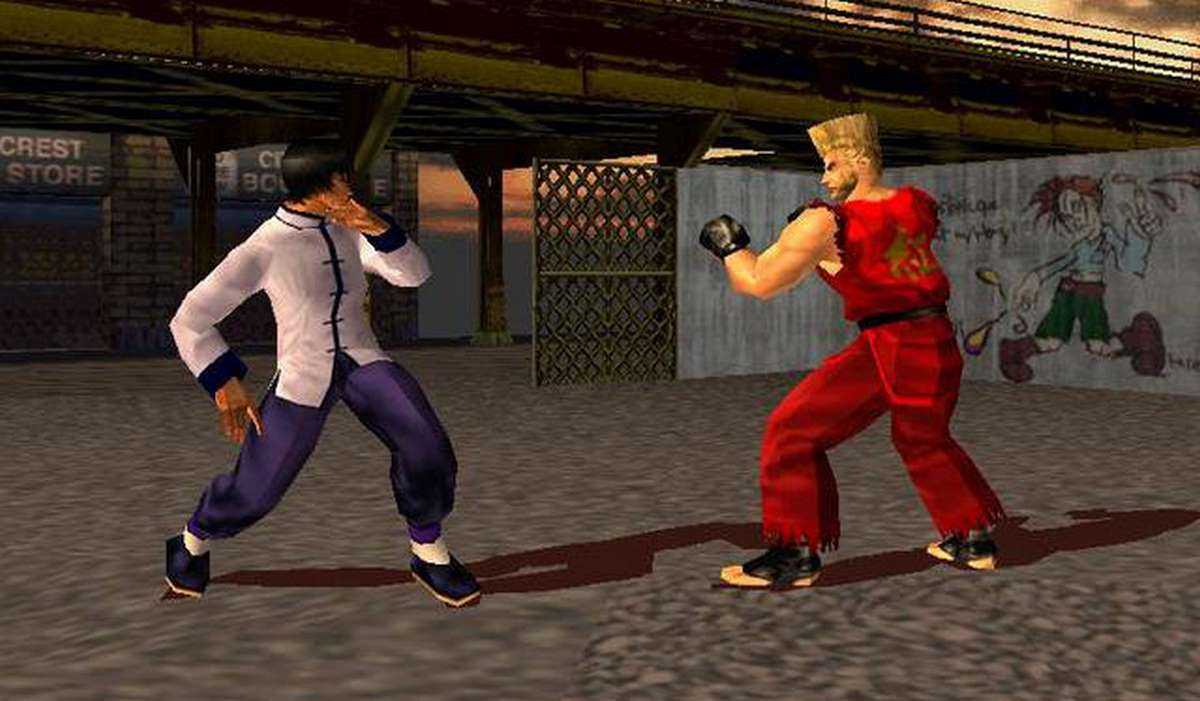 Medal of Honor | Time Crisis – The best games for the PS1: retrogaming according to Sony

Conceived by the director Steven Spielberg (whose influence is also evident in the PC chapter Allied Assault) this is the first title of one long series of games that have transported the players into the most cinematic atmospheres of the Second World War. The following year will then be the turn of the exceptional Underground, but let’s not forget that, shortly thereafter, the historic opponent of MOH or Call of Duty will rise. 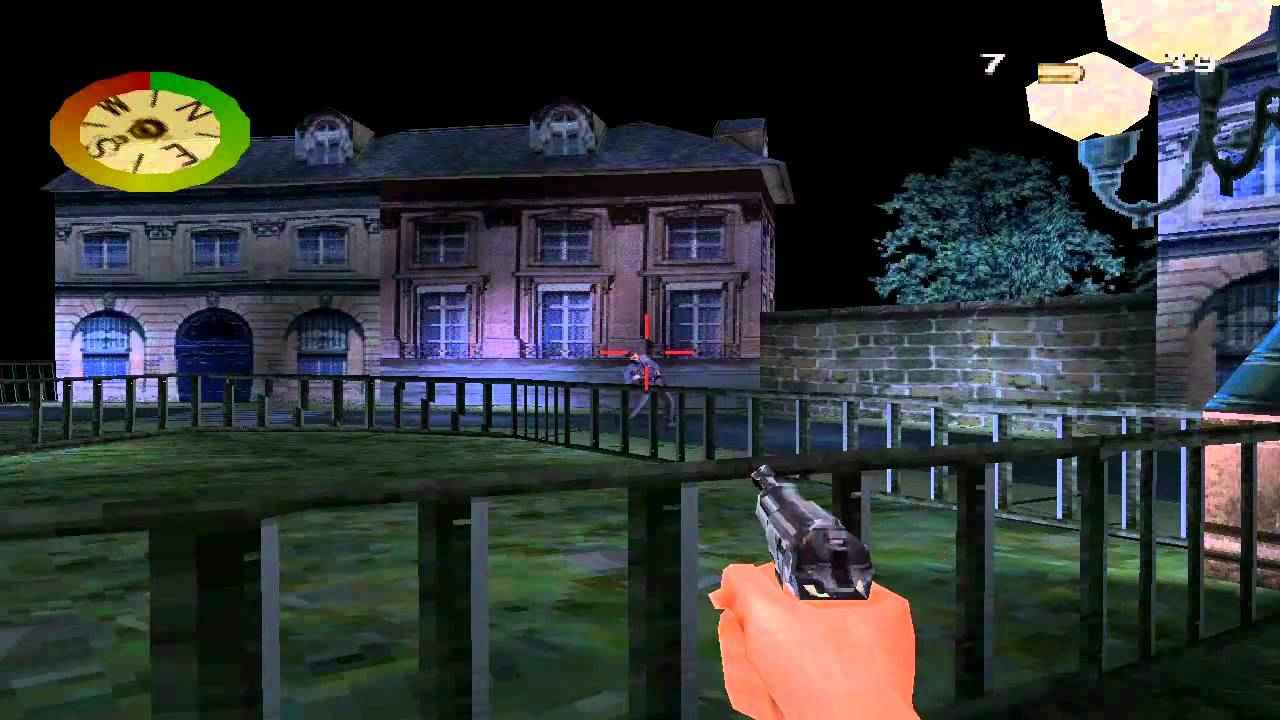 Shoot, repair, shoot, repair and move on your way through tons of heavily armed enemies for one of the most popular track shooters ever! Exceptional conversion for one of the largest cabinets of any game room, if you also liked the sequels of this saga we also recommend the funny Point Blank or Gunfighter: The Legend of Jesse James to immerse yourself in a more western atmosphere. 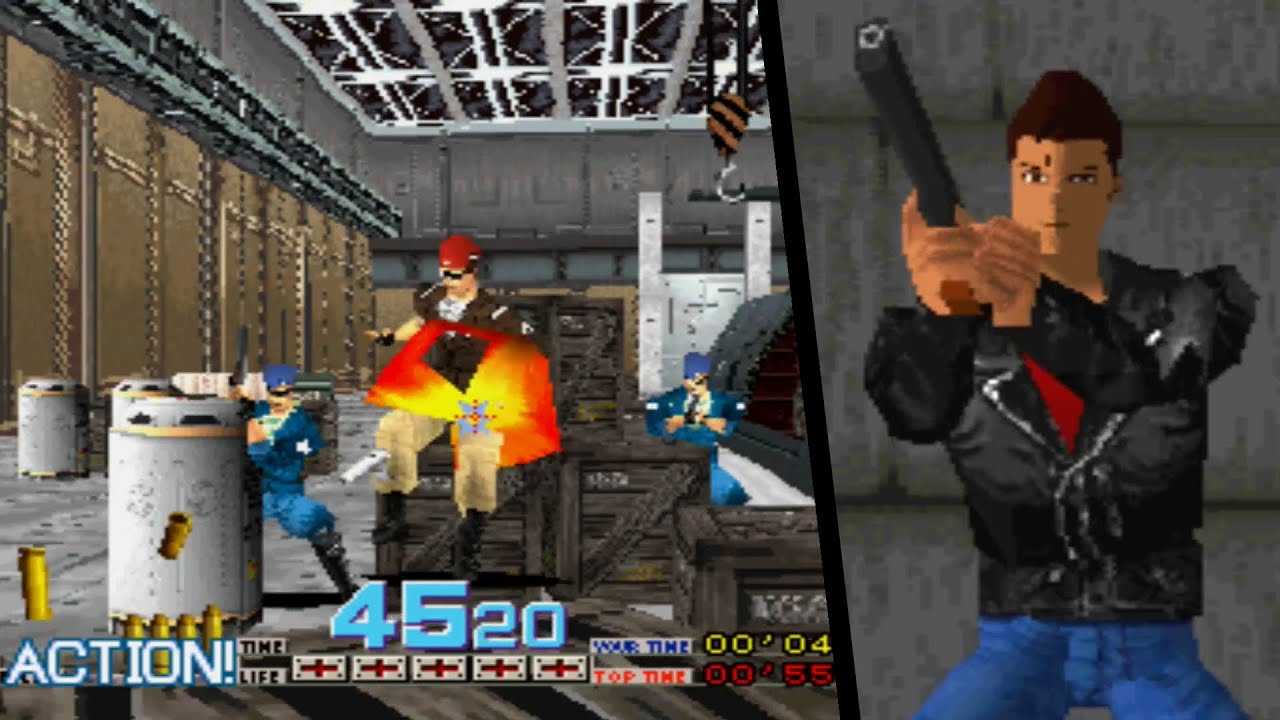 Twisted Metal | Dino Crisis – The best games for the PS1: retrogaming according to Sony

Absurd machines, armored and armed until unbelievable for a crazy tournament like their respective pilots. Choose your character, massacre your opponents and enjoy the tragicomic endings (if desired, we could speak of a similar Dante’s retaliation) of each pilot. And do you know what the beautiful thing is? That the Twisted Metal saga might even return! So let’s keep our fingers crossed. 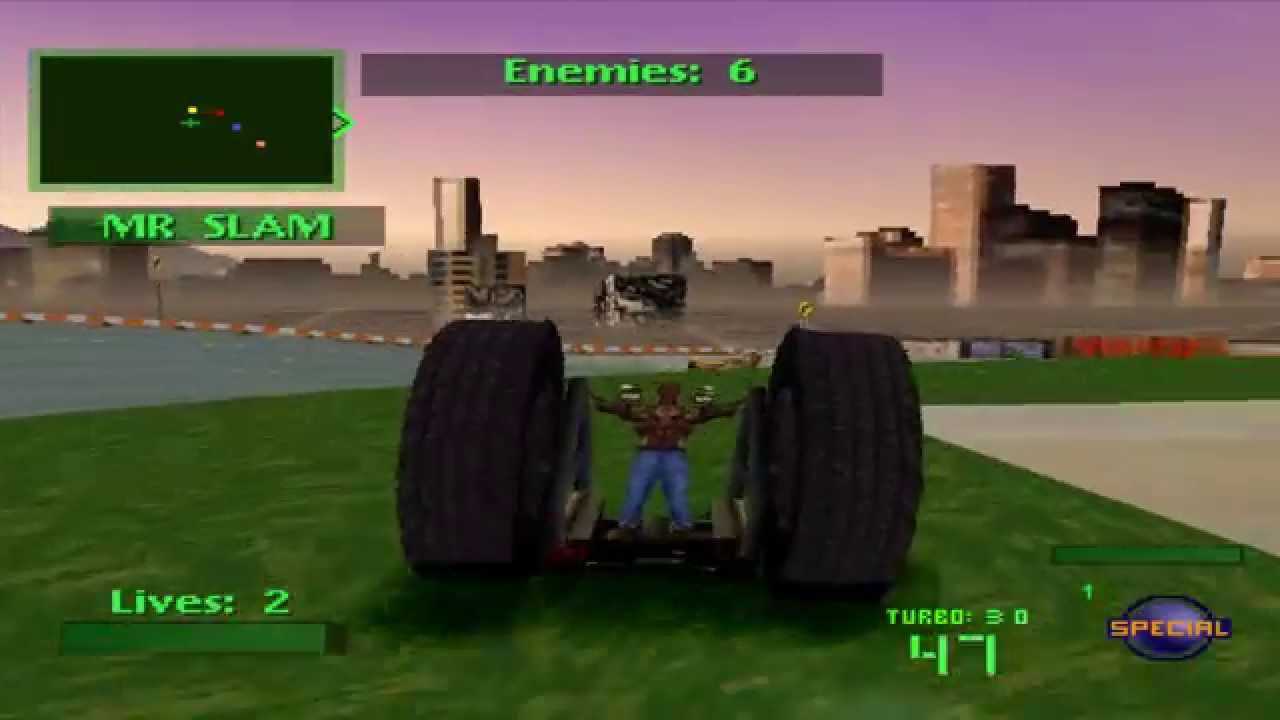 Do you remember that masterpiece that is Jurassic Park or of Turok? If so then, if you mix it up with a lot of horror and splatter, you will get the first two chapters of this bloody saga. Your task, in addition to surviving hordes of dangerous enemies on a mysterious island, will be to take down one disproportionate amount of dinosaurs e save the skin and even the fabric of spacetime. Basically a walk in the woods, right? 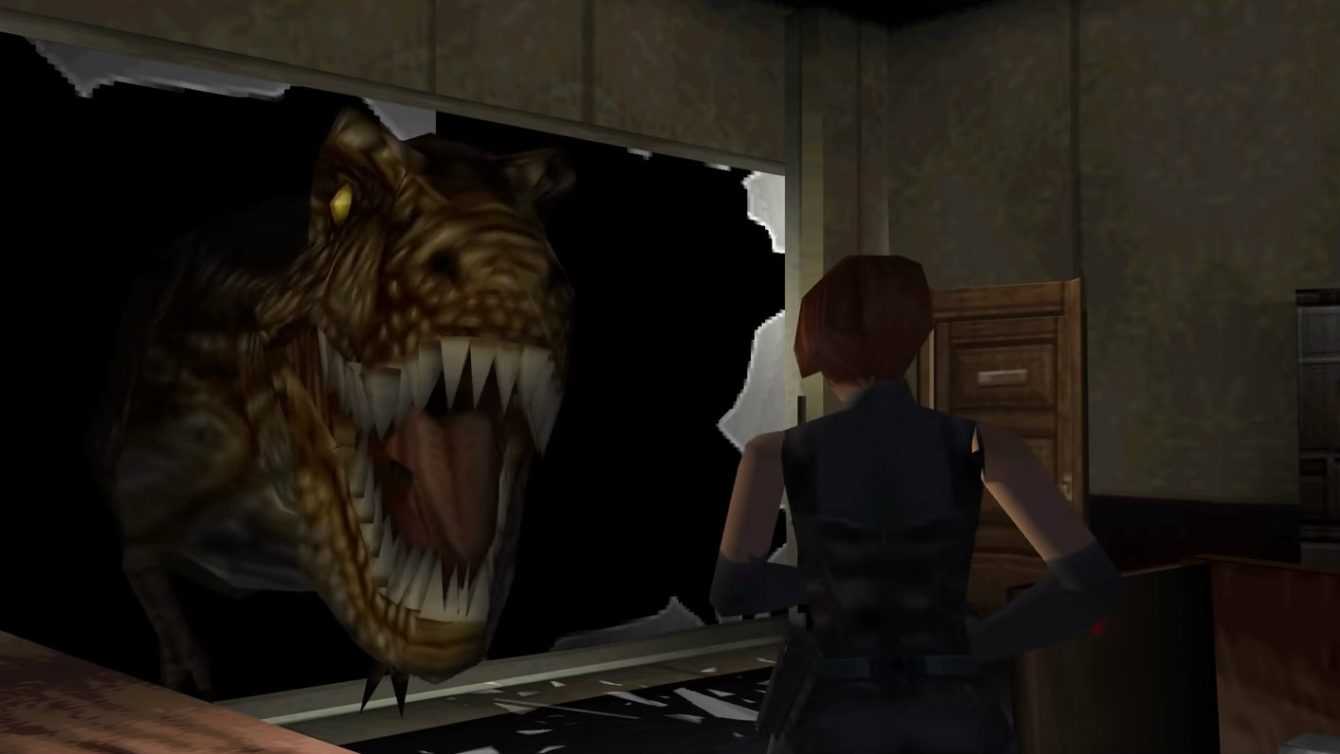 What can’t be missing in every self-respecting cabinet, arcade or console? For sure a nice title where it comes to flight and, in this case, enjoy the most dangerous missions aboard the best fighter fighters for a duel to the death between clouds, missiles and machine guns. Put on your helmet and get ready to the fight that, willy-nilly, will engage you in any case not a little. 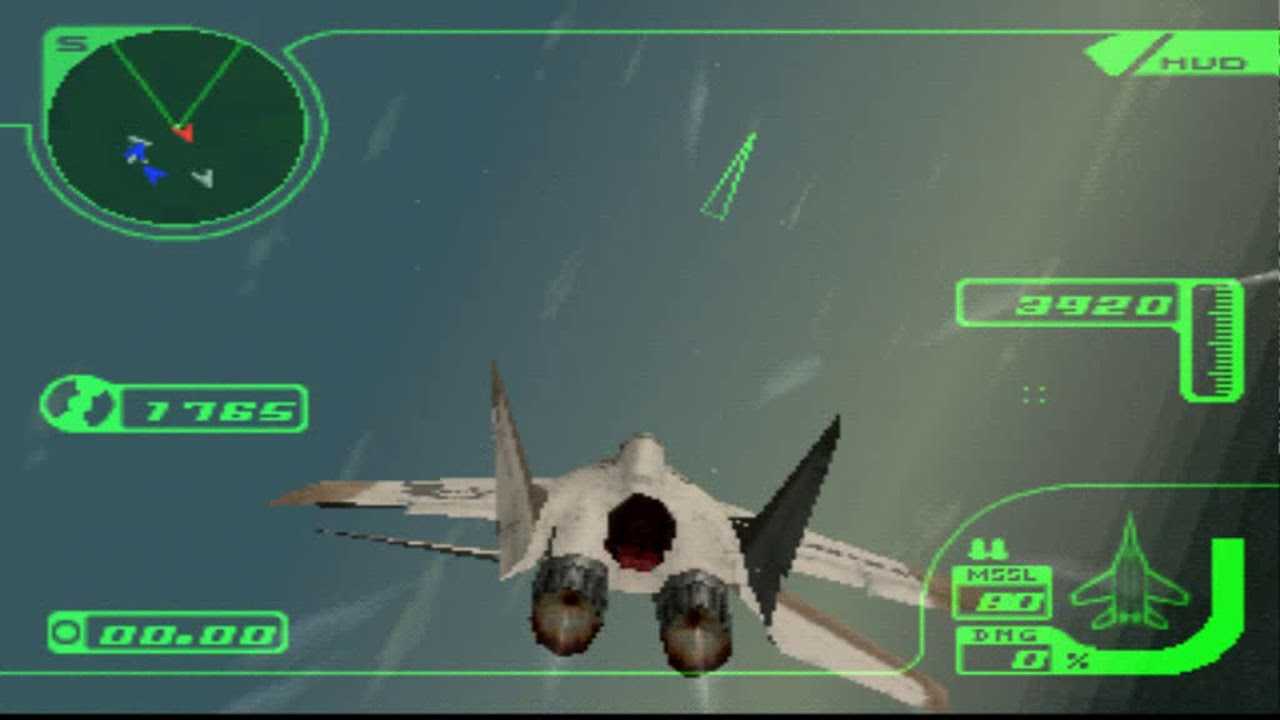 Tamarre cars, heavy tuning, loud sounding music and clandestine racing do we have any? We say absolutely yes! Conversion of the original title for PC, but which nevertheless triggered a ripple effect that brought clones and badly made clones to the market. Recover i first titles of the saga to understand its evolution at two hundred kilometers per hour! 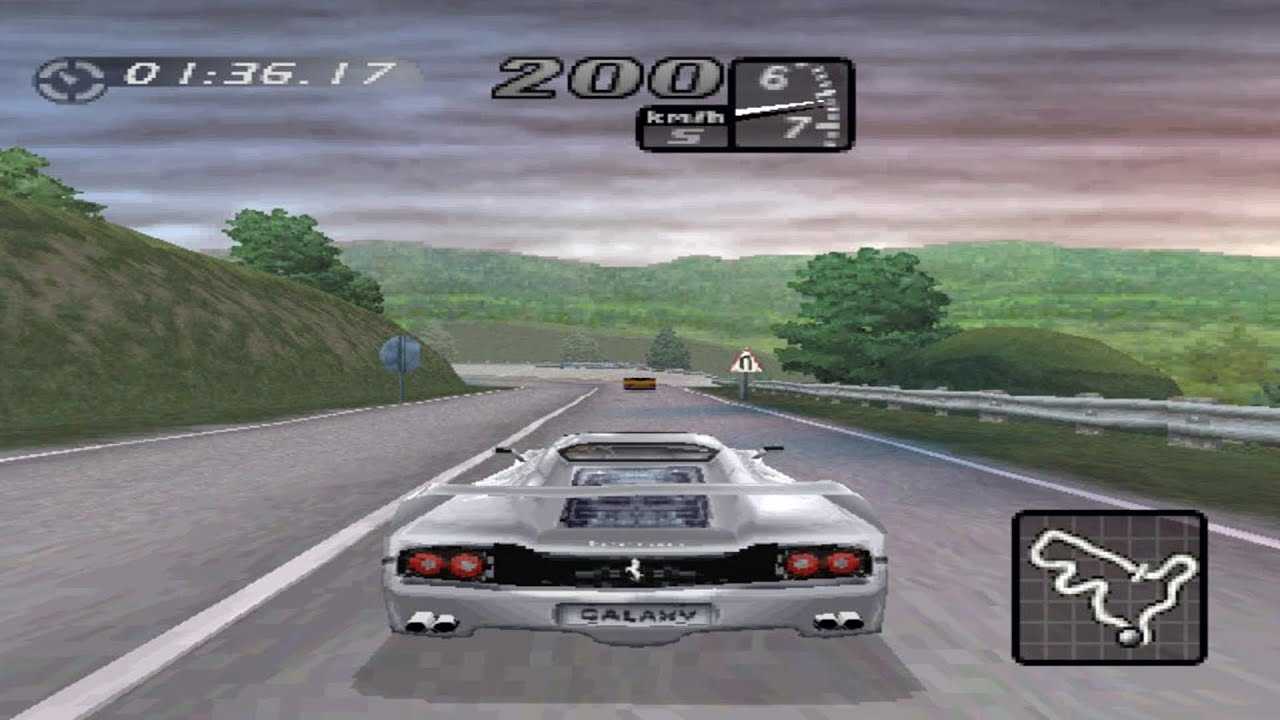 Bird’s-eye view, obscene language, violence, explicit content and practically skyrocketing crime rates! THE first two chapters, including the peculiar London 1969, have also given console owners the opportunity to rediscover their criminal streak “for the joy” of parents around the world. Then think what happened when the GTA scenarios went 3D! 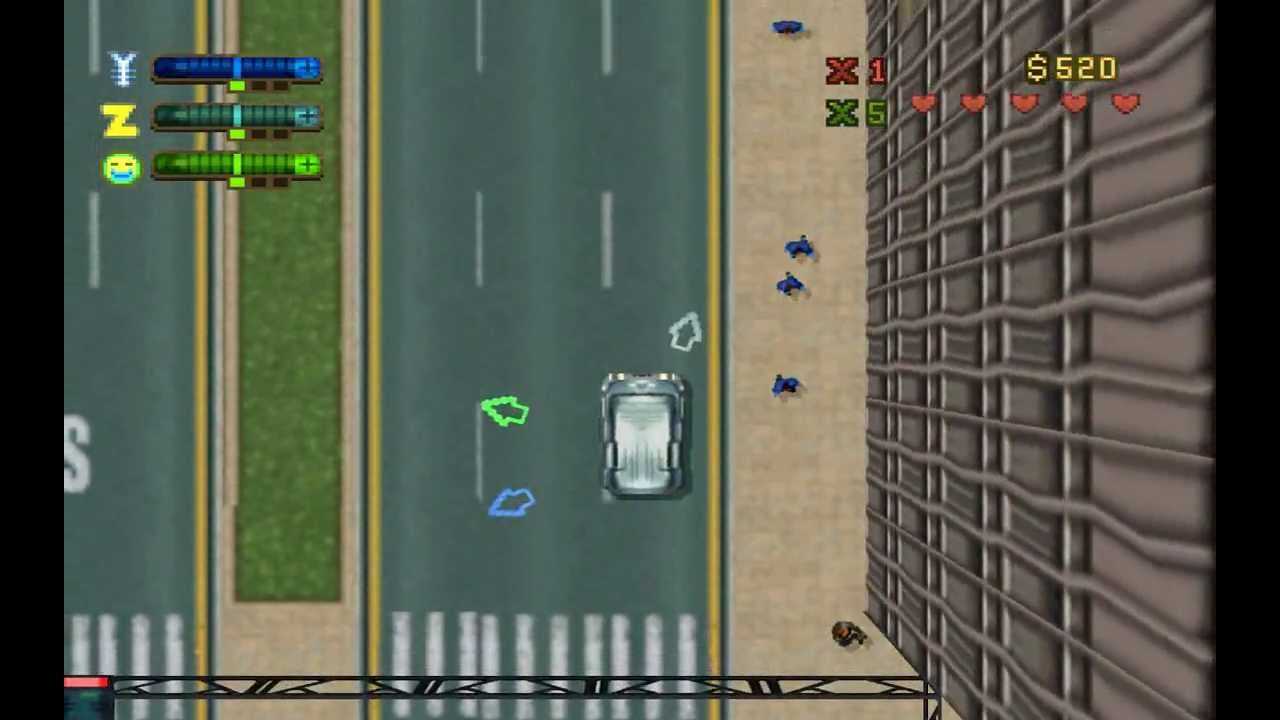 And also for this time we have arrived at the conclusion of this small roundup of games that we can safely consider among the best titles released for the PS1 and that remain in the heart, and in the memory cards, of every retrogaming enthusiast. Some of these were then released in the mini version of the historic Sony home console, Nintendo did the same thing with NES and SNES, and we continue to hope for a similar experiment also for the PlayStation 2. Sure, hopefully the cost is not prohibitive and that the stock is adequately supplied, but let’s give time to time.

Looking forward to the happy event you say about recover the most “seasoned” chapters of the major videogame sagas at the best price ever? If you are interested, then please click here, while, to stay forever updated on everything that happens in the world of video games of yesterday and today, we are always waiting for you here on TechGameWorld.com!