Apple confirmed that iPadOS 16 won’t come along with iOS 16: the exit of the iPad operating system will be postponed. An unprecedented program change for Apple, which has always combined the output of the two systems for iPhone and iPad. iPadOS 16 then becomes independent, although some features could create problems for those who use both devices of the Apple.

Apple confirmed this with an official statement to TechCrunch, where it explains that the company has “the flexibility to deliver iPadOS with its own lineup. This fall, iPadOS will come after iOS, as iPadOS version 16.1 in a free software update ”.

Until 2019 iOS was also the operating system of Apple’s tablets, simply adapted to the needs of a larger screen. But from when iPadOS was born in 2019, the possibility of separating the two updates has always been there.

Apple had simply never exploited it. If not in the very first launch of iPadOS 13.1, which came a week after the launch of iOS 13. Which was quite problematic for the Apple, which had therefore in all likelihood preferred to avoid overlapping updates.

This announcement comes after that recent too Mark Gurman Bloomberg had reported a delay in the delivery of the operating system for the iPad. According to Gurman, the likely ‘culprit’ would be the new multitasking Stage Managerwhich will arrive not only for macOS but also for iPad with M1 chip or higher.

Unfortunately however it seems that the function is not yet well oiled on the iPad. Apple released the iPadOS 16.1 beta (skipping the iPadOS 16.0 beta for unknown reasons) and several users have started using it. With good results, but not in multitasking.

David Pierce of The Verge in his preview review says it still looks immature. And the expert Federico Viticci has tweeted that “crashes every few minutes ”and there are“ glitches in the interface everywhere ”. Furthermore, he comments that some parts are “fundamentally misdirected”. 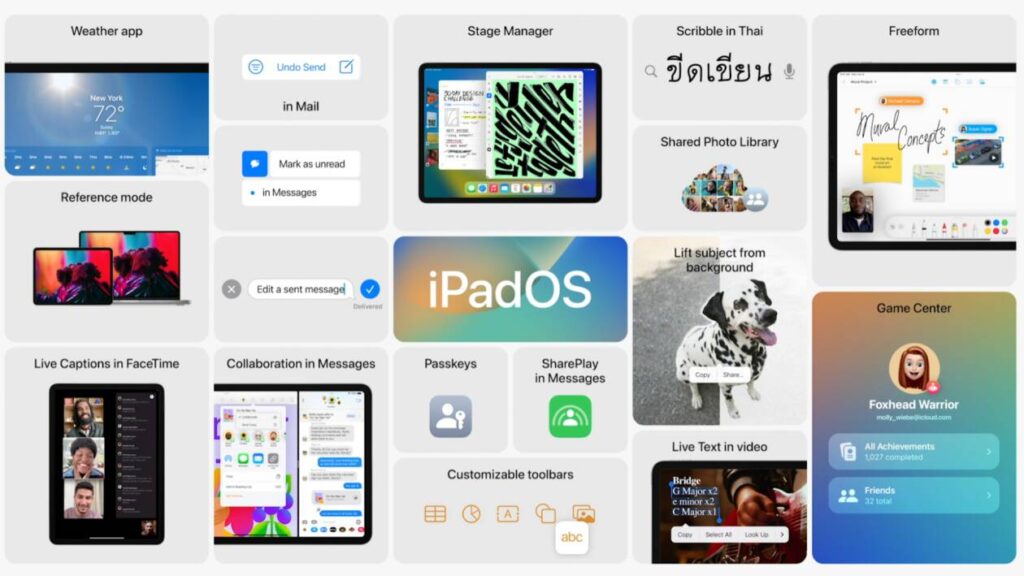 The risks of detaching from iOS

Launching a version of the operating system without one of the main features risks making a bad impression for Apple, which certainly cannot present Stage Manager without first having solved the problems. On the other hand, this is the main one function it will share with macOSwhile many of the other features it has in common with iOS.

For example the sharing of PassKeys will allow you to log in without a password to many sites on the iPhone, but this will not happen on the iPad if the update arrives late. Same for iCloud Shared Photothe ability to modify i Messages and more.

The real strength of Apple’s ecosystem is that all devices have common features, so much so that changing “screen” does not change the way we communicate, work and have fun. So getting iOS and iPadOS out together is important for Apple, and we don’t think it will stop doing it. Instead this is more likely change of lineup is only for this specific case. The betas are used to understand if a software is ready and evidently iPadOS is not yet. We should wait a little longer to use it, but not more than a month. The important thing is that the new features are worth the wait.