The Jaguar I-TYPE 6 is Jaguar’s most advanced and efficient electric racing car ever. It is also the first FIA Formula E vehicle to feature both a front and rear propulsion systemwith the addition of one regenerative capacity of 250 kW at the front and 350 kW at the rearthereby doubling the regeneration rate over the Gen2 model and eliminating the need for conventional rear brakes.

From January 2023, the Gen3 era of Formula E will offer even more competitive and exciting racing on road circuits around the world. Pioneering new cutting-edge technologies, the third generation of Jaguar’s single-seater for Formula E will set new performance benchmarks: 74kg lighter and with 100kW more power than its predecessor, the I-TYPE 6 is now capable of a top speed of 200mph (over 320km/h).

The next generation of Formula E cars will also continue to provide an excellent proving ground for both Jaguar TCS Racing and Jaguar Land Rover. The team will continue its process of development and innovation in new cutting-edge technologies to achieve more and more victories in the Championship; at the same time it will transfer all the learnings from the track regarding electric propulsion technologies, sustainability and advanced “software” to road cars. Innovation of the new Jaguar I-TYPE 6

The innovation and technology transfer from the I-TYPE 6 will support Jaguar’s transformation into a fully electrified modern luxury brand from 2025. An integral part of its Reimagine strategy, participation in a zero-emissions motorsport competition with the car most sustainable racing car in the world demonstrates Jaguar Land Rover’s commitment to zero tailpipe emissions and to achieve zero carbon dioxide emissions in its supply chain, products and operational processes by 2039 .

Jaguar TCS Racing is preparing to start the new 2023 season with a prestigious award. It recently obtained the FIA ​​Three-Star Environmental Accreditation, the highest rating awardablewhich confirms all the hard work done by the team in the correct management of environmental practices, continuously striving to improve existing processes. In view of the new season, the team will be able to count on the support coming from a new partnership: Wolfspeed has been confirmed as Official Power Semiconductor Partner. This collaboration actually builds on the existing relationship between Wolfspeed and the team since 2017, which has seen the use of advanced Silicon Carbide technology to accelerate efficiency and performance on the track. The partnership with Wolfspeed, also recently announced by Jaguar Land Rover, will ensure the supply of silicon carbide semiconductors for the next generation of inverters for electric vehicles. Both collaborations will support technology transfer and track-based learnings to road cars, with a focus on efficiency.

After two successful years with the team, Micro Focus also renews its collaboration as Official Technical Partner. Its advanced software and services, such as IDOL and Vertica Analytics Platform, are seamlessly integrated into the operational phases of the team, thus enabling the collection and processing of a vast amount of data, which generates more accurate forecasts for the decisions of major importance to be taken during competitions. For the team this has led to more points, podiums and victories.

For the first time this new season, Jaguar will supply its high-performance powertrain technology to British team Envision Racing, effectively bringing Jaguar-powered Formula E cars on the grid to four.

Jaguar TCS Racing will take to the streets again in Mexico City on 14 January 2023 for the first of 17 races in 12 different cities.

After Jaguar TCS Racing’s biggest points haul in last season’s Formula E and Mitch Evans’ second place finish in the World Drivers’ Championship, the British team is working hard to be ready to fight once again for the title of the World 2023. Let’s see the statements of the team!

Here are the statements of James Barclay, general manager of the Jaguar TCS Racing team:

Launch day is always a moment of great pride and excitement for Jaguar TCS Racing, this year more than ever as we enter the Gen3 era of Formula E.

Season 9 is shaping up to be the most exciting and competitive yet, with a new type of racing car, the Jaguar I-TYPE 6, the addition of iconic cities to the racing calendar and the new car design our team has transformed into a work of art, in perfect harmony with our modern luxury vision of Jaguar.

We are thrilled to welcome Wolfspeed to our team as Official Power Semiconductor Partner. Their expertise in Silicon Carbide technology will play a vital role in the performance of our powertrains.

With our Title Partner, Tata Consultancy Services, along with new and current players, we have a truly formidable portfolio of partners, each supporting the team and applying their expertise to scale up sustainable technologies.

As we head into our seventh season in Formula E, I’ve been reflecting on how far we’ve come as a team. Beyond its successes on the track, Jaguar TCS Racing has a vital role to play and we are privileged to play our part in supporting Jaguar’s transformation into a fully electrified brand from 2025.

I am incredibly proud of the results we achieved last season, we scored the most points ever, but we know we can do better and we are ready to compete to win the World Championship. We have great faith in the Jaguar I-TYPE 6 and in the strength of our talented team and I am very much looking forward to seeing what this season holds for us.

Here are the words of Mitch Evans, lead driver of the Jaguar team:

Last season was my best season, which I finished second in the World Drivers’ Championship, so in 2023 we are determined to do even better.

The new Jaguar I-TYPE 6 will give us so much more in terms of power and speed; The team and I have worked tirelessly to maximize these two aspects effectively and use them to our advantage. Formula E is a very demanding competition, but I’m already looking forward to the season kicking off in January to fight to the end and try to win both the Drivers’ and Teams’ World Championships.

Sam Bird, another driver of the team, also shared some statements:

Last year was full of ups and downs for me, and I couldn’t finish the season due to an injury. I’ve used the break from racing to do some sort of reset, to come back stronger than before and I’m more than ever eager to do well with the team. We have concentrated all our efforts on the Jaguar I-TYPE 6 and I can’t wait to get back on track for my third season and show everyone what we can do

Finally, here are the words of Jay Cameron, senior vice president and general manager of Wolfspeed:

And what do you think of the news brought by the Jaguar Team? Let us know here in the comments and remember to stay tuned to the TechGameWorld.com pages! 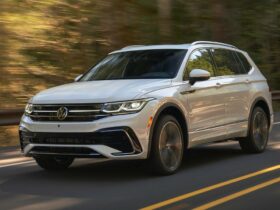 What are the most common family size cars in Italy? 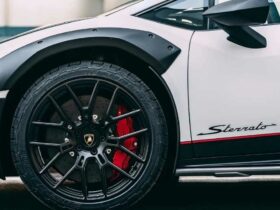 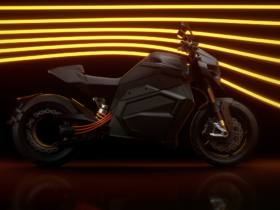 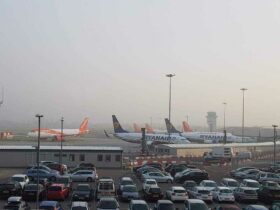 Parking app: how to book the best parking space in advance