On the occasion of the day against violence against women Kaspersky presented the report to the Senate Digital Stalking in Relationships on gender-based violence: 26% of Italians believe that secretly spying on their partner is acceptable. The event was organized on the initiative of Its. Nannicini (PD) and the Minister Elena Bonetti.

Thursday 25 November at 4 pm, on the occasion of the world day against violence against women, was held in Senate, Sala Nassirya, the press conference Gender Cyber ​​Violence: Regulating Stalkerware and Protecting Victims, organized in collaboration with Kaspersky on the initiative of Sen. Tommaso Nannicini (PD).

Here are the main data that emerged from the study conducted by Kaspersky:

The stalkerware, are commercially available software that are installed on a user’s devices without his consent and are able to provide access to a whole series of personal data, such as the location of the device, browser history, text or social media chats. The stalkerware are a form of cyberviolence in that they are often used to spy on the partner in relationships where abuse occurs.

On the occasion, Kaspersky presented the report Digital Stalking in Relationships, a global survey involving more than 21,000 people in 21 countries, including Italy, with the aim of investigating their attitude towards privacy and digital stalking in intimate relationships and to take stock of the phenomenon of stalkerware in relation to gender-based violence.

The investigation, conducted online by Sapio Research and commissioned by Kaspersky, revealed that 6% of Italians admitted to having installed a stalkerware on their partner’s device while 8% used smart home features to monitor their partner without their consent. Although 74% of Italians disagree with the idea of ​​installing monitoring software to spy on the partner, in some circumstances an alarming 26% think it is normal as well as acceptable.

According to our compatriots, the situations that could justify this behavior are the suspicion of infidelity on the part of the partner (70%), possible involvement of the partner in criminal activities (59%) e safety reasons of the partner (52%). At the top of the ranking of countries that consider secret monitoring an acceptable practice we find the Asia-Pacific region (24%), less practiced in Europe (10%) and in America (8%).

Furthermore, the report shows that 8% of Italians were forced by their partner to install a monitoring application. Unfortunately, 27% of those who responded positively to this question have also already experienced partner abuse.

“When respondents were asked whether it was right to monitor” consensually “the online activities of one’s partner”, explained Alessandra Venneri, Kaspersky’s Head of Communications and Public Affairs, “Almost the half of the Italians (44%) declared themselves in favor: 25% would do it for reasons of transparency within the couple while 19% only to protect the physical safety of the partner or if the monitoring is mutual “.

“These data make us reflect on how the phenomenon could evolve,” said Venneri. “The serious thing”, continued the Kaspersky manager, “is that downloading stalkerware from the web today is within everyone’s reach as well as perfectly legal”.

They. Tommaso Nannicini, who strongly wanted this initiative, argued that “the fight against the phenomenon of stalkerware needs innovative tools from both a legislative and technological point of view”. Senator PD then added that “the data presented today can help us to better guide our political decisions in the field of combating gender-based cyber violence”.

The Minister for Equal Opportunities and the Family Elena Bonetti, stated that “recognizing the various forms of cyber violence against women is one of the objectives that the government has set itself in the new National Strategic Plan on Male Violence Against Women 2021-2023 which I recently brought to the Council of Ministers “. The Minister then explained that to counter this phenomenon the Government is focusing on three tools: 1) the formation, to make women aware of their rights; 2) monitoring systems able to identify the different forms of violence; 3) regulatory provisions to defend women from any form of violence.

Spreading awareness is the key

Gender-based cyber violence is real and widespread, as the Kaspersky study shows. 11% of the Italians interviewed admitted to having been persecuted through technological devices while 24% suspect that their partner violates their digital privacy. Many concerns about how such an invasion of privacy could manifest itself revolve around information accessible via smartphones, therefore exposed to the risk of stalkerware.

Looking at the personal information that Italians would never want to end up in their partner’s hands, we find text messages (38%), social media accounts (36%) and e-mails (34%). These figures are particularly alarming if we take into account that almost half of the Italian victims of technological stalking were monitored via a telephone application (36%).

But how would Italians react if they discovered a monitoring application on their device? 85% would talk to their partner while only 14% would call a helpline or visit a support center.

These data highlight the commitment necessary to train, educate and assist people about the risks of stalkerware: confronting your partner, in fact, in some situations can be a really serious mistake. Often among those who discover stalkerware applications on their devices there are also people who have already suffered domestic violence and who could expose themselves to serious consequences.

Following the detection criteria of the Coalition Against Stalkerware, Kaspersky also analyzed its statistics for a period ranging from January to October 2021 to understand how many users of its products were affected by stalkerware in the first 10 months of the year. It turned out that nearly 28,000 mobile users globally have been victims of this threat of which 527 in Italy.

With these numbers, Italy ranks eleventh among the countries in the world with the highest number of victims and second in Europe after Germany (885 victims). During the same period, there were more than 3,100 registered cases in the EU and more than 2,300 in North America.

For users who suspect they are victims of stalkerware, Kaspersky recommends: 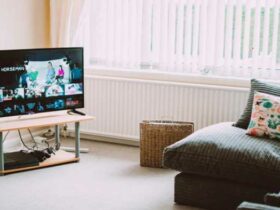 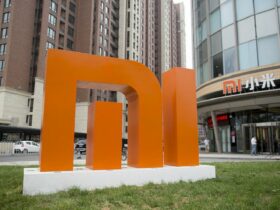 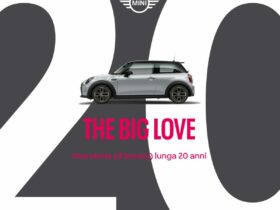 MINI: a book to celebrate twenty years with the BMW Group.