The lands of Nostria re-emerge from a distant past, which even the youngest will learn about thanks to King’s Bounty 2 and our review

Everything comes to those who know how to wait, goes the old adage. And if we talk about King’s Bounty 2 there really is no better way to introduce the new chapter of the long-lived, albeit unrecognized by most, role-playing saga. Yes, because despite that small number placed next to the main name, they are well 31 years that separate us from the founder of the brand, to which, however, we owe the birth of the much more famous series of Heroes of Might and Magic.

A real eternity, whether we are talking about simple everyday life, whether (above all) these three decades are circumscribed within the videogame panorama. At the end of the fair, however, the long-awaited heir finally arrived among us, ready to bring back that mix of role-playing and strategic elements that were able to hit the mark during the first stirrings of the 90s, as you we tell in the our review, which completes what is told in the preview.

Saviors of the kingdom (again)

The incipit from which the adventures narrated in King’s Bounty 2 is as generic as possible, and will see our (or our) protagonist of the moment imprisoned in the dungeons of a fortress. The reason is to be traced back to a few months earlier, on the day we were blamed for the attempt murder of the ruler of the lands of Nostria. Not before, however, that a sorcerer also indicated us as the only weapon capable of defeating an impending threat. Perhaps it is for this reason, or for who knows what other perverse rumination that, once in the present of the 1C Entertainment production, we will be set free and assigned to deal with the machinations that appear to be about to devastate the realm.

Nothing striking and that it doesn’t know already seen (why in Western fantasy everything always starts in a prison?), And that at the end of the games it will not suffer particular shocks for the duration of the adventure, whether we are talking about the main quest that of the various and numerous secondary positions. Of course, there are some small twists or more exciting sections than the rest, but to remain in the non-Japanese RPG sphere, the glories of a The Witcher 3 or a Dragon Age are definitely far away. Everything flows away without too many jolts, making the weight of the players’ expectations fall entirely on the sections played. And fortunately, in this case, the substance is very different. 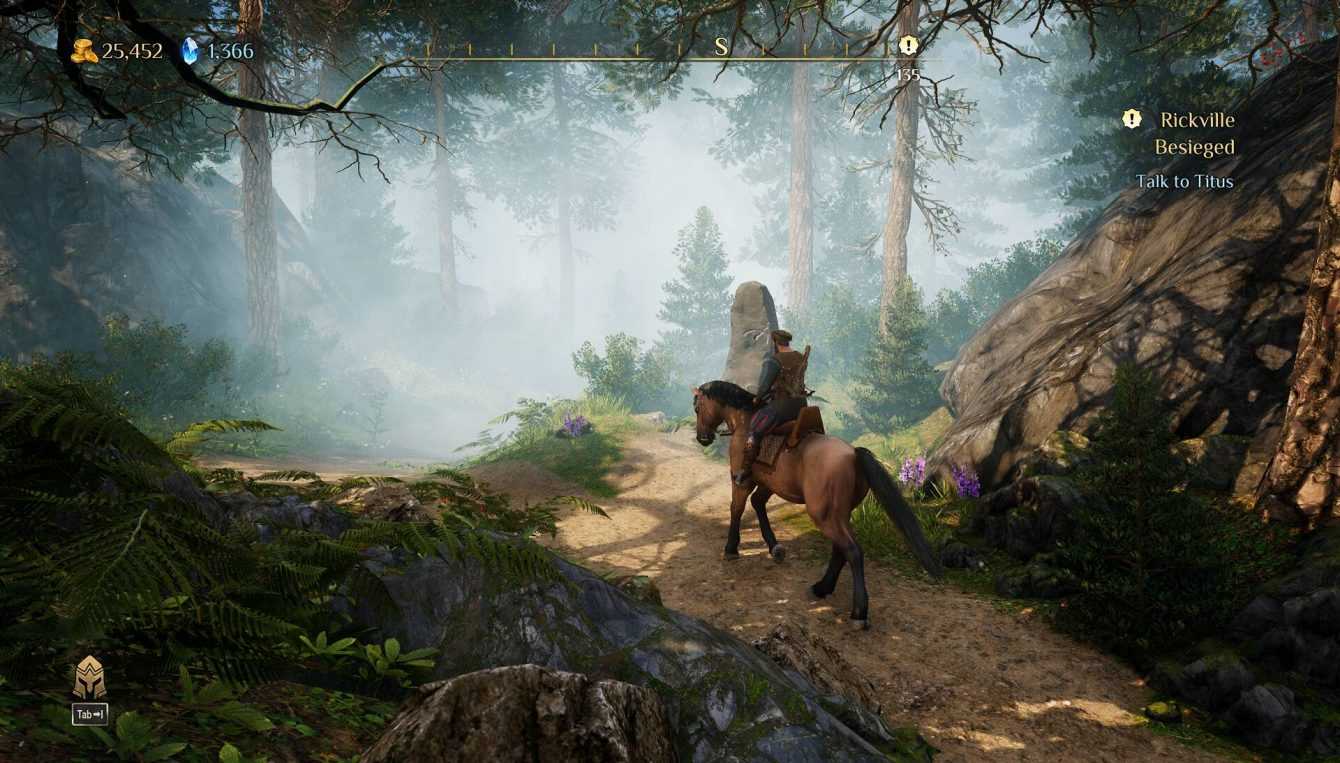 The title, in fact, draws heavily from its past, choosing to re-propose the backbone that was able to make the fortune of the original chapter. All ‘third-person exploration of the game world, divided into various macro areas, are accompanied by fights in which the perspective changes, decreasing the clashes inside arenas with isometric view, divided into hexagons, as the old woman wants tradition signed SSI. It will be in these moments that our hero, who will end up taking on the role of a sort of general, will be joined by the troops we have chosen to enlist, and we will be able to command according to the canonical turn-based succession. The latter will occupy the 5 slots that we will have available for our small army, and each of the various types of fighters (there are so many!) will have unique attack ranges and abilities, both support and active.

It will be up to us to try to combine the war structure in the best possible way, so as to adapt it to that of the opponents, which we will always be able to check before each fight in order to evaluate its power and composition, as well as vary the deployment. Initially we will not have an exorbitant number of deployable elements available, but as we increase in level, and consequently our rank as commander, we will be able to compose ever more numerous teams, so as to increase the attack power of each team. 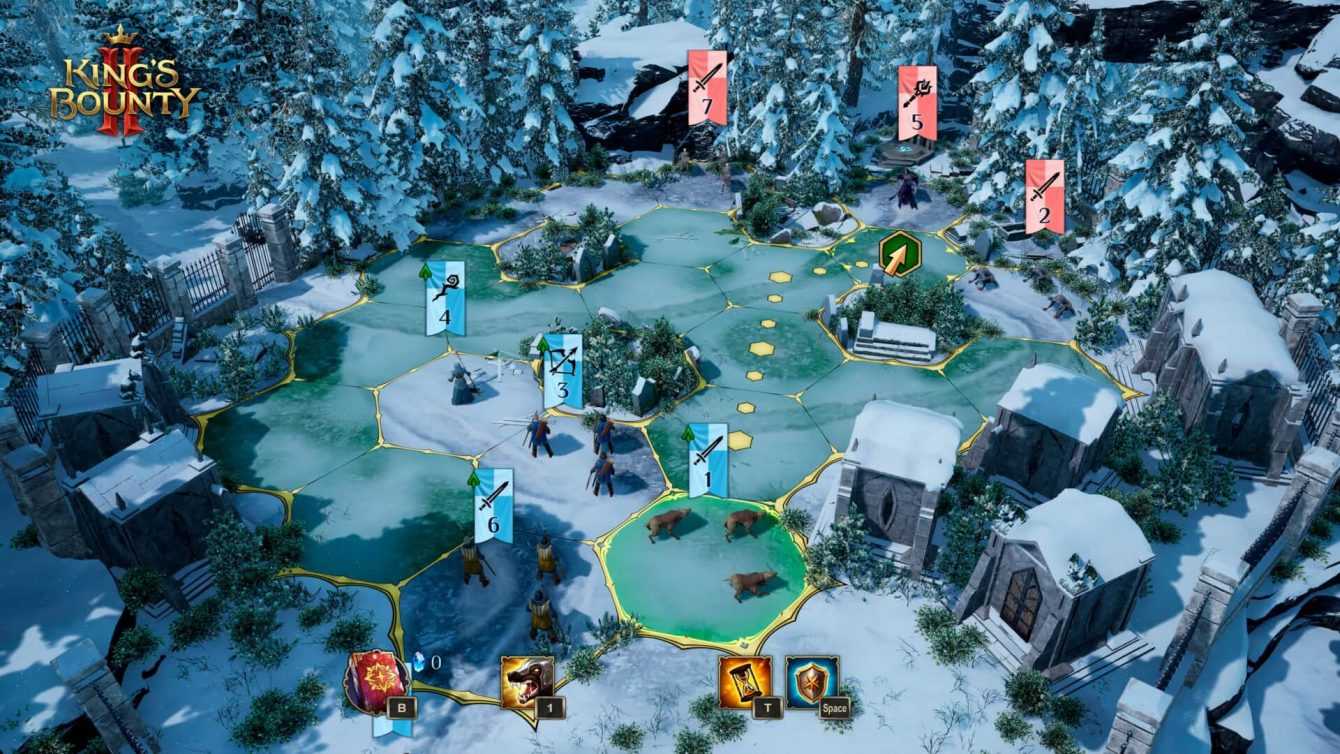 Furthermore, once per full turn, we will be able to take advantage of the unique abilities of our avatar, which will differ depending on the chosen class, so that we can increase our chances of winning. We will have available Aivar the warrior, the sorceress Katharine and the paladine Elisa, and each of them will have peculiar disadvantages and disadvantages. The resulting mix is ​​very interesting, as well as having a considerable dose of strategy, given that in addition to the study of the enemy we will also be asked to maximize the reading of the various battle arenas: to get the better and avoid losing precious units, in fact, we will have to wisely exploit slopes and coverages, so as to try to limit the opponent’s offensive as much as possible.

However, this is not just a mere question of survival, but also a brutally economic factor: losing a resource in battle will force us to have to hire a new one from one of the various recruiters scattered around the game world who, of course, will want to. to be paid with hard cash. And since currency tends to be given out relatively sparingly, it will be good to get our side out of Scrooge to avoid finding yourself with a small army soon. 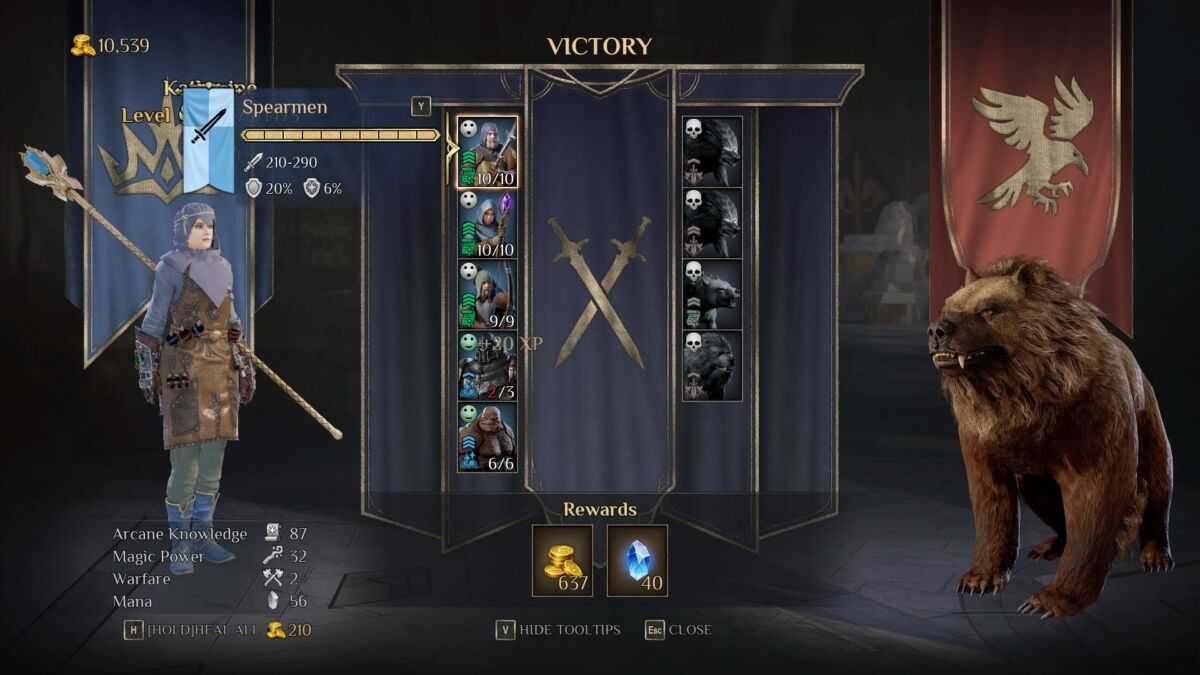 The purely role-playing component, on the other hand, has an impact on the growth of our character, as well as on his alignment. At each level pass we will be given gods points, to be invested in the various perks present in the general skill tree, which in turn will be divided into four sections, each linked to a specific modus operandi: Power, Cunning, Order and Anarchy. Their value will be determined by the actions we choose to perform in certain sections, and which in addition to affecting the various branches of skills and the morale of the troops (with consequent deterioration or improvement in performance) will also have an impact on the game world, influencing the reputation of our hero and unlocking (or precluding) various branches.

Interesting on paper, the system is a bit too dichotomous, without avoiding that the various behavioral nuances have ended up taking on too clear contours. The equipment system is also very elementary, with a limited number of wearable and purchasable objects, while the repertoire linked to spells and magical scrolls is much wider.

As far as the structure of the game world is concerned, we are also here halfway between enjoyment and disappointment, given the way in which the team has decided to structure the various areas. These, in spite of the numerous titles that have crowded the videogame panorama in recent years, will not in fact be completely open, but will be characterized by very closed exploratory paths. Invisible walls and artificial blocks, in fact, they are on the agenda, making the progression much less free than it would have been legitimate to expect in a title dated 2021. This also affects the level of challenge proposed, characterized by sudden changes in difficulty: it is not uncommon to witness, especially in the initial stages, a schizophrenic trend in the approach curve, with clashes that border on the impossible, followed immediately by struggles bordering on the laughable. All this, combined with one lack of any indicator of the difficulty level of the various missions, makes it difficult to understand how it is appropriate to proceed, forcing the player to turn the length and breadth of the game map, in search of the most suitable challenge for their current level.

And if you add to this the exasperating slowness of our character, both on foot and on horseback, even the simplest of crossings ends up becoming a real ordeal. Fortunately, settings come to the aid of the player which, although belonging to a fairly generic fantasy heritage, are always very inspired and rich in details, to the point that even just wandering around to admire the structure becomes occasionally pleasant. The technical sector is more jolting, which on Xbox Series X showed a hesitation in general fluidity, thanks to a frame rate not always impeccable and some frequent tearing episodes, as well as some laziness in loading the various textures. Without infamy and without praise the audio sector, while it is nice to see how all texts are fully localized in Italian. 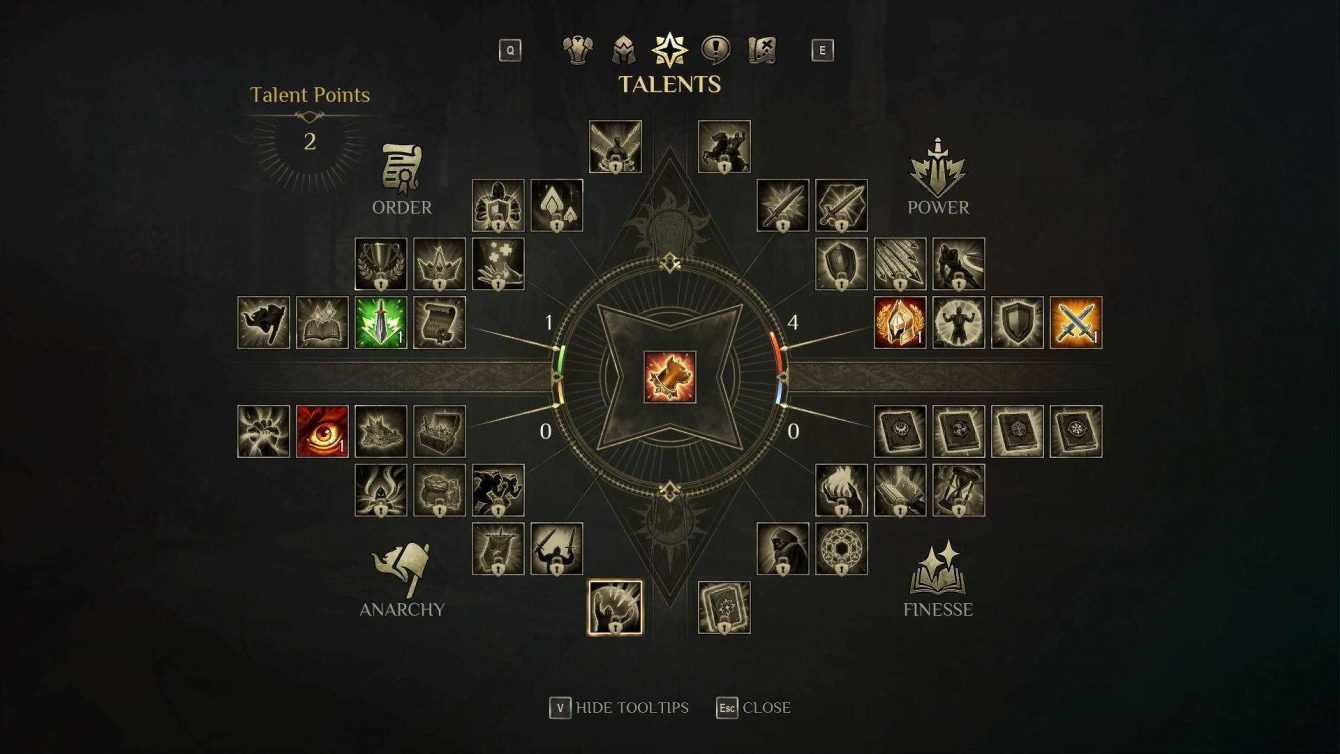 Can we give more?

King’s Bounty 2 had the task of reviving a series that now seemed lost in the maze of the videogame past and, after finishing our test, we can say that the result ended up half convincing. If it is true that the gameplay turned out really convincing (and fun) in its entirety, sorry to see how all the good has ended up being watered down by a difficulty that is not always balanced, as well as by a game world that is too plastered and not very interactive. What remains, ultimately, is a Definitely intriguing RPG, capable of successfully mixing his role-playing soul with well-chosen and engaging strategic battles. Surely we find ourselves in the presence of a pleasant return to the scene, but sorry to see how missing that little flicker capable of providing everything that welcome extra gear.

With this we close our analysis of King’s Bounty 2, but before saying goodbye and renewing the appointment on the pages of TechGameWorld.com, we invite you to take a look at the pages of Instant Gaming, where you can find many offers related to the world of video games.