It all happened in the past few hours and we promptly gave you news in an article.

Beyond the fact that the interest of the Fund has made the shares of the telecommunications company take off in Piazza Affari, in these hours there is a succession of statements. From Tim’s shareholders, of course, but also from politics, trade unions and industry experts.

Let’s try to take stock of the situation. Let’s see how the offer is structured, then let’s find out what the Kkr Fund was interested in Tim. And finally, we intercept the main reactions aroused by an interest that has moved this week opening.

On Sunday 21 November, the American Kkr Fund launched a public purchase offer on 100% of Tim, with an “indicative” proposal of 0.505 euros per share.

Although this is a “friendly” and non-binding offer, the stock immediately flew to the stock exchange: gained almost 23%, and the shares reached 0.4277 euros.

Tim’s board of directors welcomed Kkr’s move with surprise, arrived the day after the convocation for Friday 26 of an extraordinary council. Topics of the day will be the deterioration of the accounts, corporate governance and strategies for the future.

The CEO Luigi Gubitosi has not received any mandate to negotiate the offer, nor to appoint an advisor for a possible table with Kkr.

The Fund’s offer would have materialized in the last few days, while the interest of two other funds, CVC and Advent, for the Italian telecommunications company has long been known.

The Kkr Fund, created in 1976 and listed on the New York Stock Exchange since 2010, is a globally active investment company.

It has offices in 21 cities across four continents and more than 1,700 employees. The portfolio of more than 100 companies in its private equity funds ensures the fund’s coffers approximately $ 244 billion in revenues per year.

Through a note from the Ministry of Economy and Finance, also published on Sunday 21 November, “the Government takes note of the interest in TIM shown by qualified institutional investors.

The interest of these investors to make investments in major Italian companies is positive news for the country. Should this materialize, the market will first assess the soundness of the project.

TIM is the largest telephony operator in the country. It is also the company that holds the most significant part of the telecommunications infrastructure. The Government will carefully follow the developments of the expression of interest and will carefully evaluate, also with regard to the exercise of its prerogatives, the projects that affect the infrastructure.

The Government’s objective is to ensure that these projects are compatible with the rapid completion of the ultra-broadband connection, as set out in the National Recovery and Resilience Plan, with the necessary investments in the development of the infrastructure, and with the safeguarding and growth employment. “

In the final part of the note, the Ministry of Economy and Finance explains that the Kkr-Tim affair will be followed by “a working group made up of government representatives holding the mainly involved institutional skills, as well as administrations and experts”. The concern of the trade unions

On the frantic day of Sunday, November 21st, the declaration of the unions also arrives, showing themselves decidedly skeptical about Kkr’s offer.

Maurizio Landini, secretary of the CGIL, declared that “in a strategic sector such as that of telecommunications, the Italian state cannot simply suffer the logic of the market. We need an industrial plan aimed at building the single network. Without excluding the use of Golden power if the Kkr project were to be in contrast with the industrial and employment interest of the country “.

We recall that the Golden power allows “the public authority to intervene in market transactions concerning companies qualified as strategic.”

Meanwhile, compact, the telecommunications unions have started the legal procedures “for the proclamation of a state of agitation and the strike initiatives in support of the dispute in question in all the Italian companies of the Tim Group “.

A few hours after the public purchase offer, Vivendi’s no arrives. Vincent Bolloré’s group, Tim’s major shareholder (holds 23.68%), said that “KKR’s offer is totally insufficient. We are not in discussion with any fund. We are a long-term shareholder “.

According to rumors from part of the press, behind the Kkr takeover bid there could be a backlash by Gubitosi, accused by Vivendi for the deterioration of the accounts.

The secretary of the League, Matteo Salvini, is also openly critical of Gubitosi. Who said: “Tim, and therefore Italy, need a partner and an industrial plan that enhance and strengthen the company, not a financial operation that risks leading to a stew of such an important reality for the country. Furthermore, given the poor results of the last few months, the change in leadership hoped for by many parties seems to be a topic that can no longer be postponed. “

E on Twitter the senator of the Democratic Party and responsible for Economy and Finance in the Pd national secretariat, Antonio Misiani, wrote: “Tlc networks are a strategic asset of the country and a key point of the NRP. For this reason, Tim’s future must be followed by the government with the utmost attention, dealing with Parliament and putting employment and national security at the center ”. 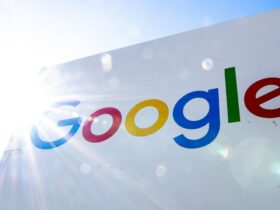