In this review we will explore Len’s Island: the new dungeon-crawler released in early access and developed by Flow Studio

If the name of the independent development studio Flow Studio it tells you nothing, it is because this Len’s Island is their very first title. Born from an idea of ​​Julian Ball (Flow Graphics) who, completely alone, got his hands on the project for the strong aspiration to create “his own ideal game”, now, four years after the start of the works, and from two in the hands of Flow Studio, the title has seen the light.

Released in early access on November 26, Len’s Island proposes itself as a dungeon-crawler with a strong simulation component based on agriculture and construction. So let’s see if this project has proved promising or not, in the course of this review!

After having characterized our character in a very basic way, given the editor that allows us to choose the gender of the character, build and clothing, we were ready to start our game. The Len’s Island adventure begins on an island beach, where our little raft ran aground. With a sword, an ax, a pickaxe and a great desire to discover, we started by taking a look at theInventory. This is divided into three sections which contain i materials aimed at crafting, those organic (such as flowers or food) and the construction mode, which we will deepen later. Without any tutorial to be the masters, we started to deepen the title in the most appropriate way with which to approach a survival-like: giving accepted on trees and pickaxes on rocky and non-rocky deposits.

With a isometric view e our character that it will move by pressing the right button on mouse, the action is entrusted to left breast. With the space bar we will be able to jump, while with “Q” we will perform a roll. Starting to collect the little initial wood and stone aimed at making us understand the basics of the game, we immediately realized that our actions are based on timing. Once we press the left button to pick, for example, our tool will glow white before the next pick. By clicking the timed button, our actions will remove more “HP” from the rock, tree or enemy on duty.

Collected the materials necessary for the construction of the first objects, we immediately ventured into the construction of our small, humble and basic shack. One of the fundamental steps to take is to create the workbench which, as usual, will allow us to expand the plethora of objects that we can create. 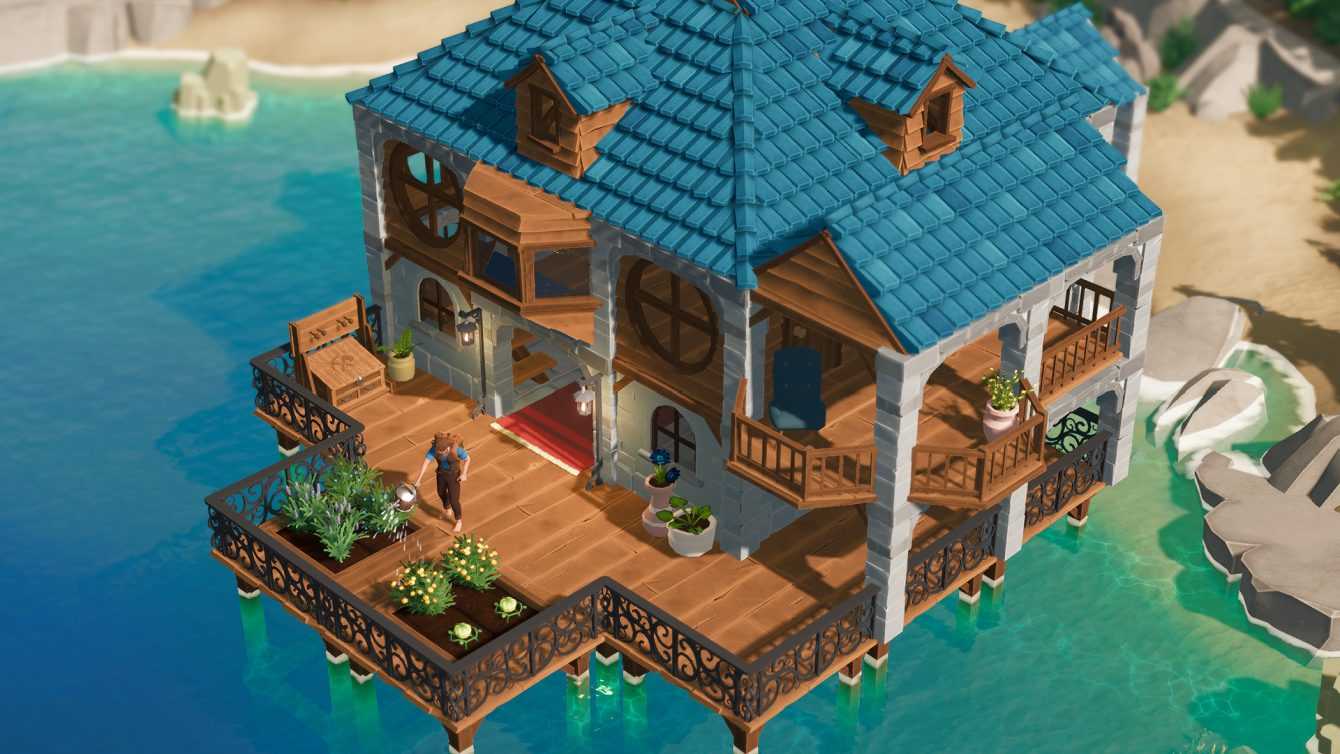 The Len’s Island building sector is certainly the most solid of the entire game. If at the beginning we manage to create a handful of walls and windows with a rudimentary aesthetic, going forward and learning projects immediately catches the eye the depth that the developers have wanted to entrust to the construction of the buildings. Yes, we talked about projects. Before we can build anything, we will have to learn the project from the workbench, unlockable thanks to the scrap obtained from the barrels in the sea.

The construction mode is not locked in isometric view, but we can rotate it and move it as we like, to be as precise as possible. Based on three materials: wood, stone and ornamental material, the construction mode will allow us to create special homes, with any sections on platforms flush with the water or developed on several vertical planes. Among the myriad of possibilities we will be able to build suggestive balconies or welcoming attics. There is also the possibility of filling everything with furnishings of various kinds.

The ability to cultivate also enjoys the same care applied to construction. We will be able to place the classic containers in which to plant the fruits or flowers that we will find around, but also smaller containers to create plantations within our buildings (much more aesthetically pleasing). The various plantations will need a well to be considered fertile and, therefore, a nearby water tank. We will be able to build the latter at a later stage in the game. And then a question spontaneously arises: how do we progress? Well… exploring! 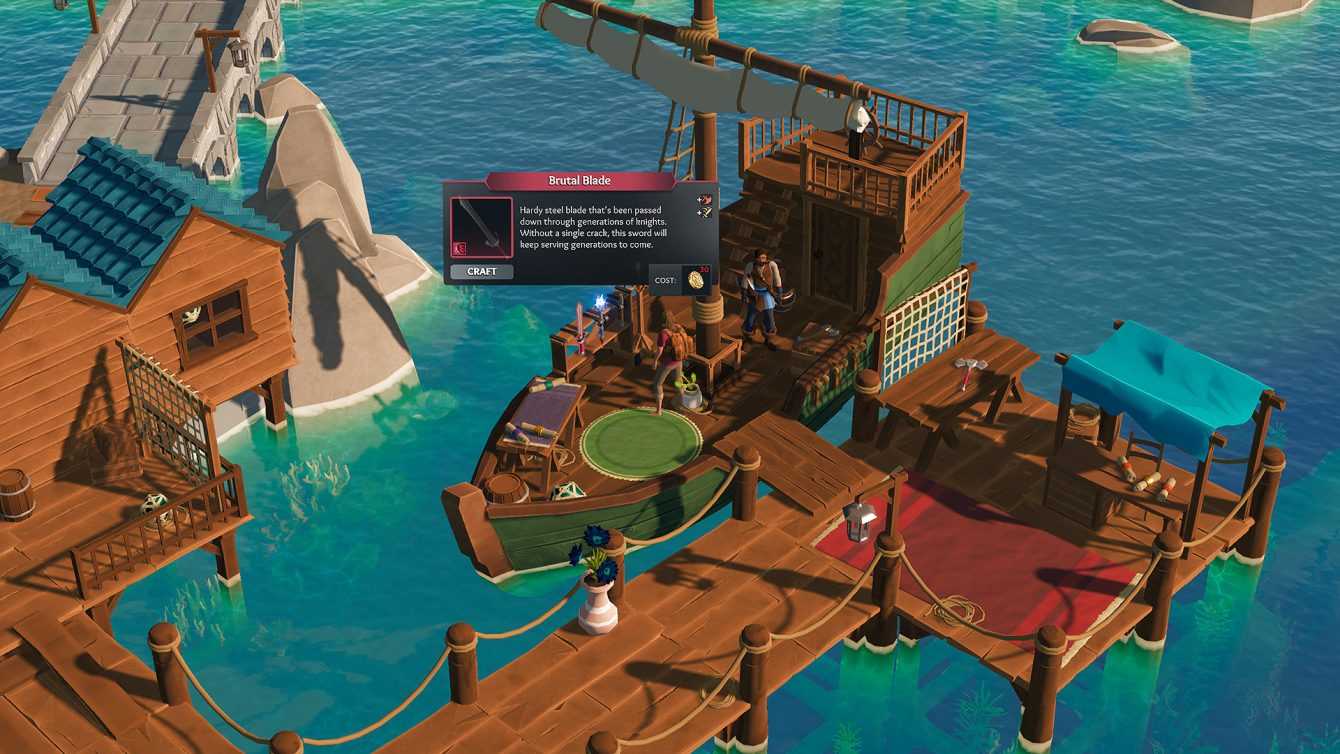 We are not alone on this island – Len’s Island Review

Running around the island, we will soon discover that there are sections to complete thanks to our materials. One of these is the bridge leading to the small town close. The latter is inhabited by NPCs who perform various trades. From the blacksmith to the flower girl, the characters scattered throughout the town will sell us numerous more or less special materials and equipment. In Len’s Island we have one currency: golds. These golds will be obtainable in two ways: by finding them in particular boxes or, more easily, by selling the materials we collect or create.

In addition to the objects mentioned above, we will be able to buy backpacks which increase the maximum amount of materials that we can carry. Expanding our inventory is essential. Improving the workbench, for example, requires more materials than we will initially be able to carry, as does the construction of the tank and various other items.

But there are not only towns and NPCs. One of the fundamental sections of the game is based oncave exploration. These, in addition to metal material and coal at will, will be teeming with monstrous creatures. Here the various weapons come to meet us, in addition to the shields and the torch. Although the combat is also based mainly on the pressure of the left button, building weapons gradually better, we will be able to carry out additional attacks. In addition, the shields will be very useful because, in addition to the ability to perform parades, they will reduce the damage received only by wielding them. Although attacks and “combos” change from one weapon to another, combat is too basic despite the fact that the feedback from the shots is good.

However, the dark caves can be illuminated. Coal, in addition to the classic purpose of fuel common to almost all survival, will be used to operate the various lanterns scattered in the caves. While the lanterns will have the purpose of highlighting, the braziers (for which you will need more pieces of coal) will allow us to recover our HP lost in battle (wink to the Souls). Recovering the health points is essential as we could run into bigger and bigger enemies, spawn to destroy and even arene from which we can only get out once all the beasts have been eliminated. As well as near the braziers, our health will be recovered by ingesting fruit of various kinds, making cultivation an essential element. 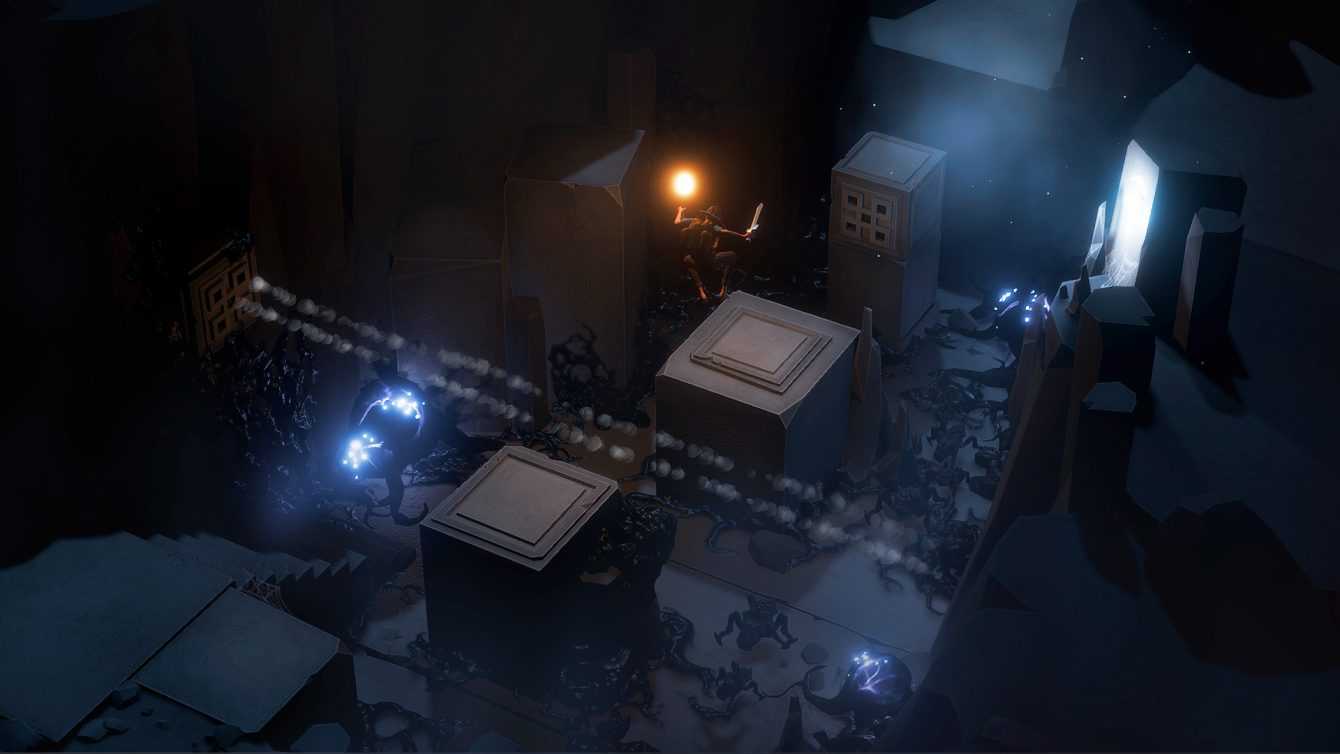 On the graphic side, Len’s Island is a real gem. The colors and patterns are really clean and the whole creates a unique atmosphere. Both the NPCs and the monsters, with “spidery” features, enjoy an excellent aesthetic characterization. Also lighting is well thought out, with shadows that enrich the scenery and that, at night or in caves, change the mood of our exploration. The title also seemed to us well optimized, with some frame drops that are certain due to the fact that the title is an early access.

The map is really nice though, for now, it turns out quite bare. There are areas to explore around the starting island, while others are still inaccessible. Only time will tell how much the title will be expanded. The absence of the map is a peculiarity that we appreciated since it gives back the feeling of exploration that the developers try to instill. The sound sector is well done, with some very well chosen music, albeit a handful. The sounds, in general, are pleasant and in line with the atmosphere. 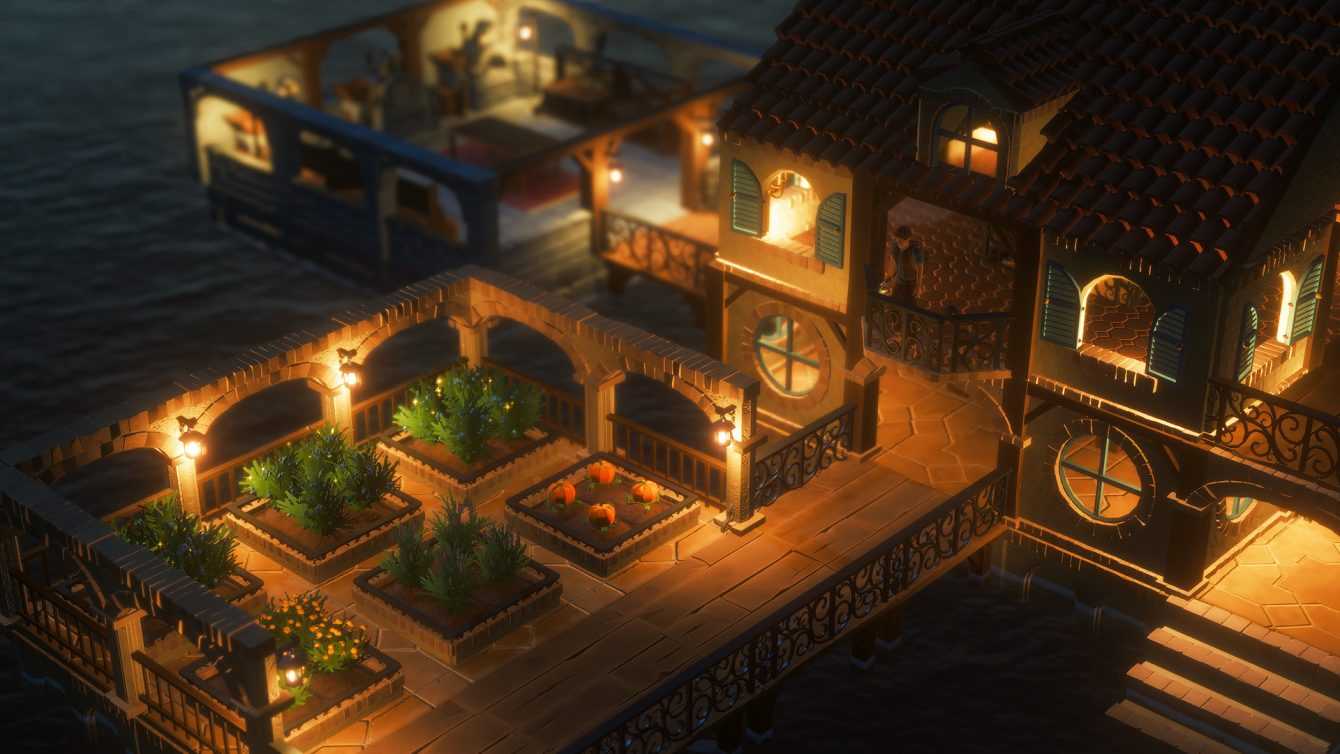 Len’s Island turned out to be a very promising title. Already from the first images seen on the net, we were struck by its distinctive and clean artistic sector which by testing it proved to be so. The emphasis on building system and agriculture, while minus the combat system. One thing is certain: although the title is for now a bit short of tasks to perform, we are confident.

Update after update, the title is set to expand and, unless Flow Studio ditches the project, we are optimistic for the future of Len’s Island!