Video games and China are increasingly becoming two terms that don’t go well together: this time to be the object of Chinese ire is Life is Strange True Colors, third installment of the Life is Strange series officially released a few days ago. The reason? the presence of the Tibetan flag in one of the game’s shops, which according to these users would wink at the Tibetan independence movement.

Life is Strange True Colors and the controversy in China

China is not a video game country, or at least this is the impression that the country has been conveying in recent times. The new ones are fresh just a few weeks ago restrictions regarding online gambling, which restrict minors has to play just three hours a week and weekends only, and now Life is Strange True Colors has aroused the ire of the Chinese population.

In Life is Strange True Colors it is possible to come across, within the town of Haven Spring, in a small shop, called “Treasures of Tibet“. Right at the entrance to this shop is the Tibetan flag, used by the separatists of this region as a symbol of rebellion against the Chinese government. Obviously this did not please China, which immediately took action.

In addition to the online complaints, Chinese users have flocked to Steam, where they are bombarding the game with negative reviews, accusing the developers of being poorly informed about the Tibetan issue. Almost all the reviews in question specify that Tibet has been part of China for years and that the game, with this flag, implies a split of Tibet from China.

Still others are decidedly more colorful, here is an example excerpt: “Taiwan, Hong Kong, Macau and Tibet have been Chinese territories since ancient times. No matter your outdated thoughts, they will eventually return to the motherland. I suggest NEETs to read more books, stop being stupid and get a job. Taiwan, Hong Kong, Macau and Tibet will be part of China forever ”.

Fortunately, the negative reviews didn’t particularly affect the game’s overall average, which remains fixed on the “very positive”. Chinese players, however, are infamous for the phenomenon of review bombing. Just think of the fuss unleashed by the horror title The Devotion, comparing the Chinese president to Winnie The Pooh, or NieR Automata, guilty of not having the Chinese translation at launch.

It’s funny, however, that Chinese users feel so compelled to review a game like Life is Strange True Colors for the mere presence of a flag, given that in China this title is not and never would have arrived. Yes why the Chinese government has called on large national publishers to block all games that are thematically not in line with the ideals of the Communist Party. Going more into the merits, the provision specifies that to be cut must be all those video games that promote effeminacy in men, which, according to the party, could guide the culture of younger players and their view on gender.

The new provision proclaims that “obscene and violent content and those that generate unhealthy tendencies, such as the cult of money and effeminacy, should be removed.” In conclusion, the more conservative wing of the party seems to be very concerned about the media representation of men, and has imposed severe penalties on content that can make it seem weak and fragile.

The most obvious result of these new regulations is that the industry giants like Tencent e NetEase, they are losing very large slices of the market, with investors fleeing due to too much government interference. 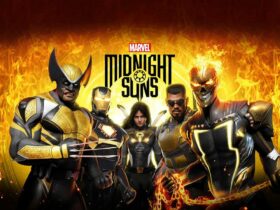 Marvel’s Midnight Sun: everything we know and the latest news

Biomutant: the approach to the game can drastically vary its duration