In this review we will tell you about Lost in Random, the latest action adventure developed by Zoink and published by Electronic Arts

Lost in Random is a action adventure with RPG elements developed by Zoink and published by Electronic Arts. The game was first announced in 2019 and immediately managed to capture our interest thanks to its original style and his unique combat system. Now we have finally had the opportunity to get our hands on Lost in Random and in this review we will talk about it in detail.

Let’s start our review by talking a bit about the history by Lost in Random. In this title, players will take on the role of Even, a little girl who lives in a kingdom controlled by a wicked queen. This ruthless ruler is in possession of a very powerful one black nut able to influence the fate of anyone who turns twelve and sadly he used it to kidnap Odd, the sister of the protagonist. This terrible event upset the life of Even who a year later, pushed by a mysterious spirit, he decides to go on a long journey with the aim of saving his sister.

Unfortunately the Kingdom of Random is a place teeming with dangers and consequently it is not at all suitable for a child. Fortunately, however, Even will meet Dicey, a mysterious living die with extraordinary powers that will help her face the many enemies that will appear in front of her.

From here on, the story of Lost in Random will advance in a very linear way, with the protagonist forced to cross the six areas in which the kingdom is divided, discovering something more about her sister’s fate each time. Overall the plot is not particularly original, but she still managed to get us involved. The title in fact it handles a great variety of themes really well, obviously focusing on that of love and sisterhood. In addition, the game also manages to keep the player’s interest alive for its entire duration thanks to clever metanarrative gimmicks which we really enjoyed. 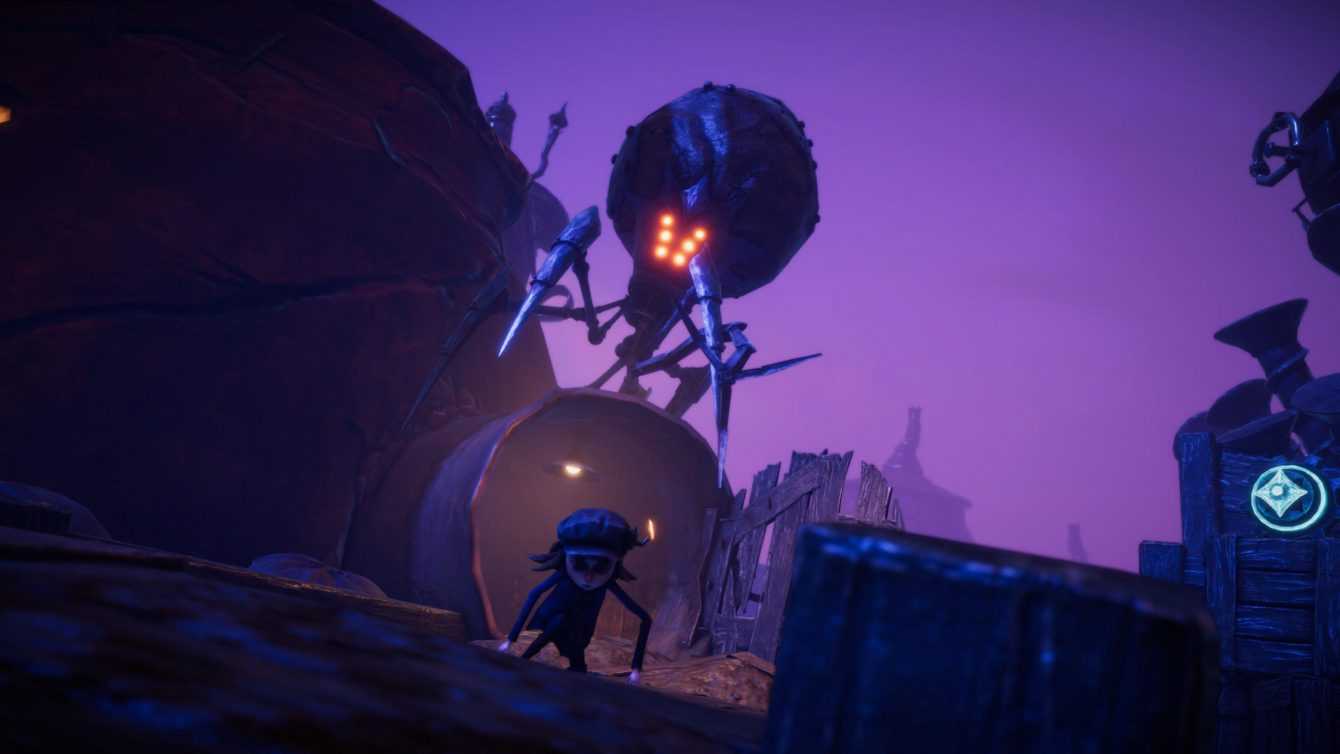 Now let’s talk about one of the most original aspects of Lost in Random: the combat system. Basically Even is able to use only a slingshot, a completely useless weapon against the queen’s army of automatons and the nightmare creatures that haunt the kingdom. This toy however can be used to break the blue crystals that grow on enemies and thus charge the energy of your companion Dicey. Once the die is ready you can roll it for block the time and thus have the opportunity to play magic cards calmly.

We can therefore say that the battles of Lost in Random can be divided into two parts, an action and a strategic one. During that action you can use Even to collect crystals, attack with melee or ranged weapons (obtainable thanks to the cards) and dodge the blows of the enemies. During that strategic instead you will have to decide which cards to play and how to use them to be able to win the battle.

Cards that can be played during matches will be randomly drawn from a deck of 15 cards that you can customize freely. The game cards are divided into five categories: weapon, damage, defense, danger and trick; and during your adventure you can buy them or receive them as reward. Some will allow you to summon weapons, others will inflict penalties on enemies and still others will allow you to place turrets that attack automatically.

The deckbuilding side of Lost in Random isn’t very developed but, especially in the early stages, it’s important to build a deck from balanced costs. In fact, every time you roll your die you will receive gods token based on the result and each card will have a token cost to play. Also at the beginning of your adventure Dicey will be able to roll a maximum of 2 as a result, making it very difficult to manage an overpriced deck. 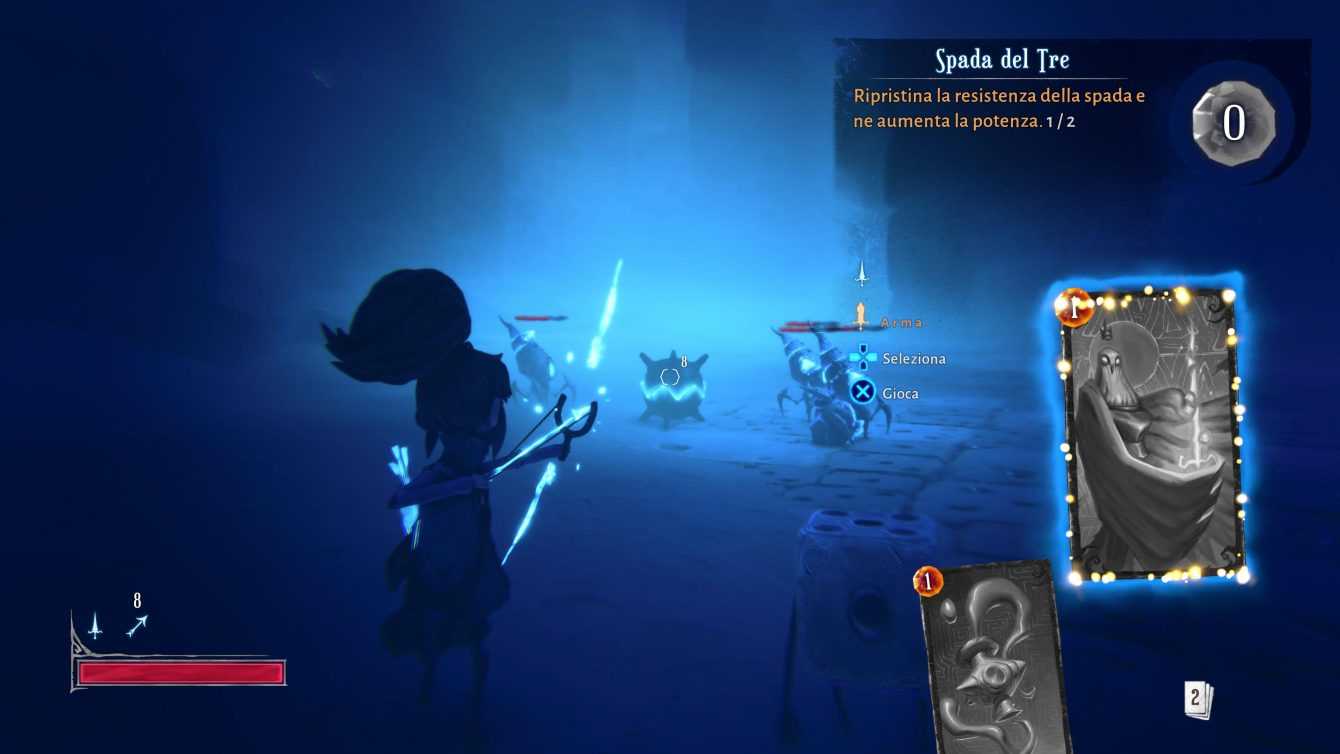 In the streets of the kingdom – Lost in Random Review

To reach her sister, Even will be forced to go through each of the six zones into which the Kingdom of Random is divided. These places are teeming with dangers, but they also present a large number of eccentric characters looking for help. In the course of the game in fact you will find a large number of NPC always ready to assign you side quests of all kinds.

These extra missions are great for raising money and increasing the longevity of the game, but sadly they end up getting monotonous very soon. In fact, most of the quests will simply take you back and forth in areas to collect items, fight or talk to other NPCs. Also, considering that almost all of the maps in the game are very linear, most of the time you will simply be in walk along the usual pre-established routes. Sure, there will be gods from time to time puzzles that hide some collectibles, but they will always be extremely simple and banal.

While the level design is quite mundane, the one in the arenas, on the other hand, is really good. In fact, all the clashes in the game will take place within well-defined arenas which will always be very different from each other. Some are developed on several floors, others contain paths, while others still hide traps and environmental dangers.

In addition, there are also very special arenas called table games. Whenever you throw Dicey in these places, a pawn will automatically move based on the result obtained and will activate different effects based on the square on which it stops. To win these particular battles you will have to reach a certain goal which varies from arena to arena. For example, sometimes it will be enough for you to reach the end of the path, while in some cases you will have to try to happen on some specific boxes. 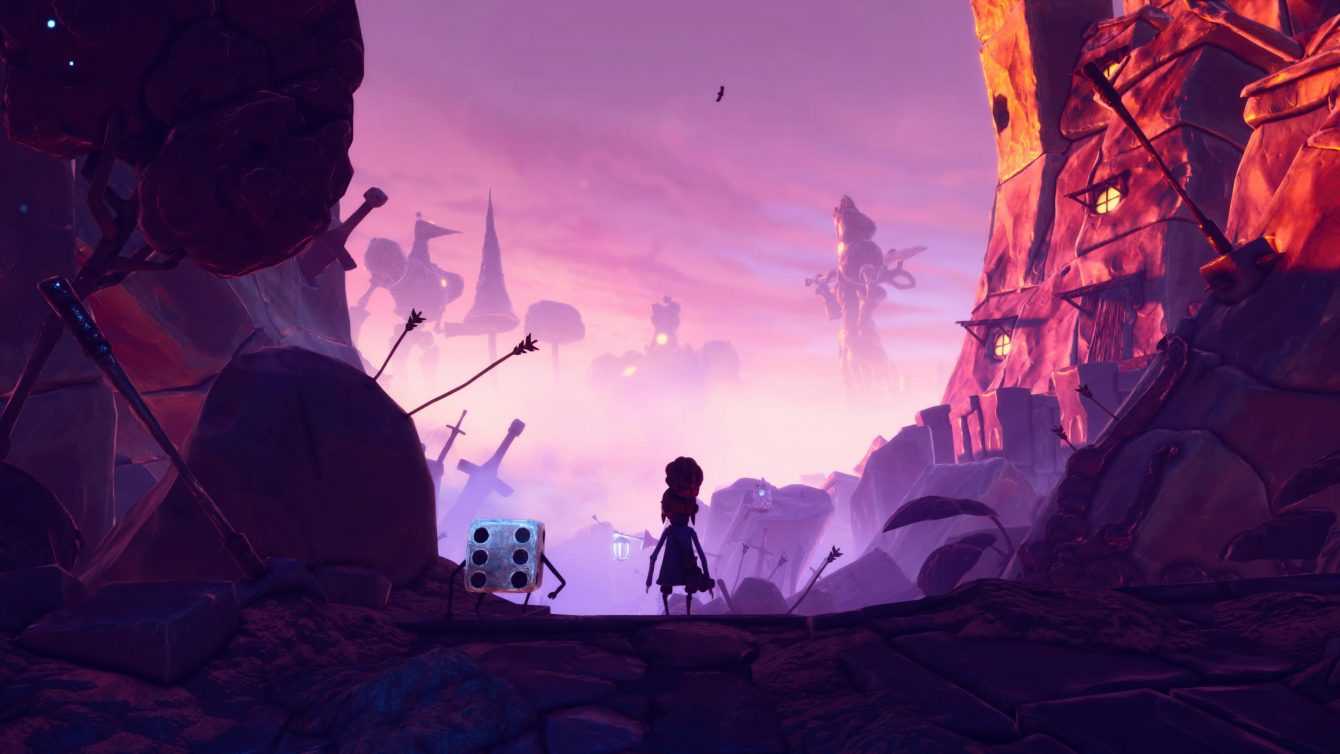 From a technical point of view Lost in Random is a title discreet. During our test (which took place on PS5) we only rarely experienced frame drops and we only came across a few minor bugs. As for the graphic side, however, the game does not shine particularly and the very simple animations certainly do not help it, but he still manages to compensate with his exceptional style.

In fact, Lost in Random is entirely based on a fantastic dark style that is very reminiscent of the one seen in Tim Burton’s films. All the places and inhabitants of the kingdom boast a distorted and eccentric design that will make you fall in love with this dark world in an instant. Also, despite the fairytale style, in many cases you will have to deal with creatures that manage to turn out really very disturbing. 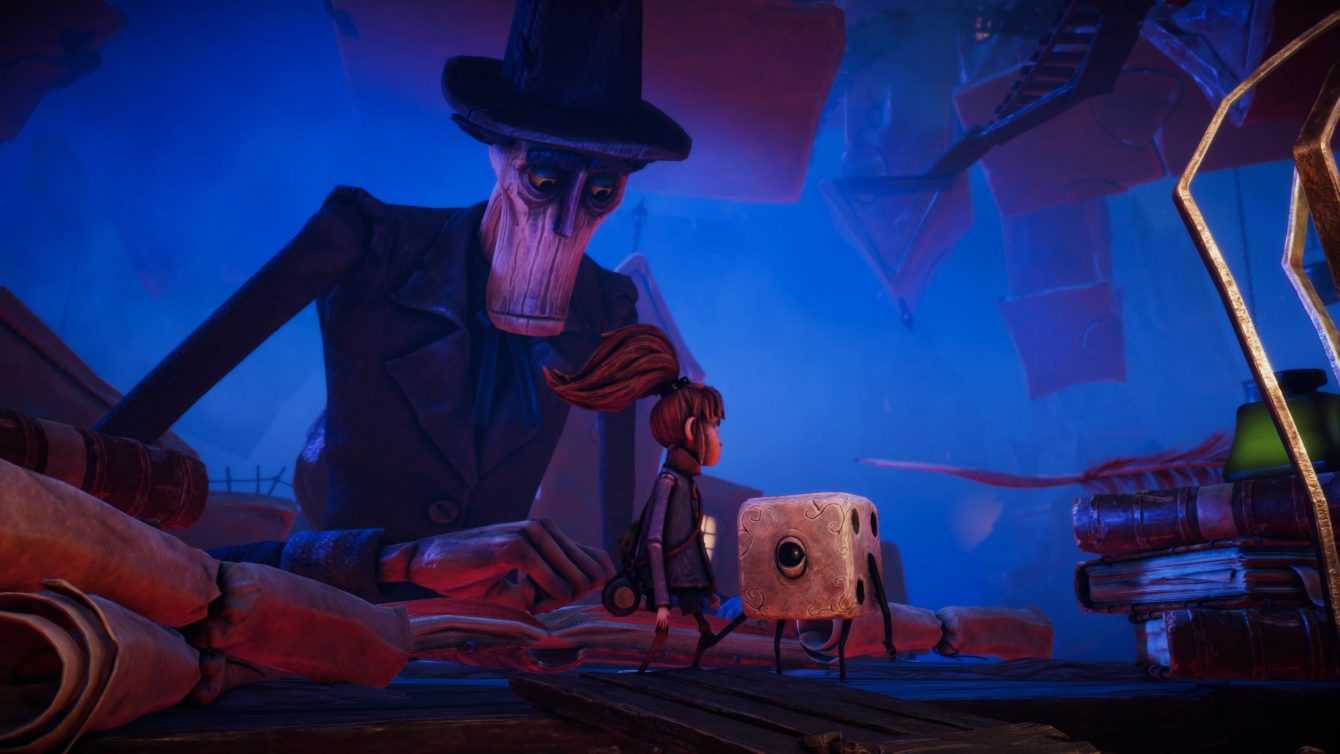 Now the point of our review where we take stock of Lost in Random has finally arrived. Overall the new Zoink title he managed to meet our expectations very well. The story is trivial enough, but nevertheless however, she managed to involve us from the very beginning of the adventure. We also enjoyed thereoriginal combat system, which in particular manages to give the best of itself within the board game arenas. Finally, what we certainly liked the most is the exceptional dark style that permeates every corner of the game world. The only real flaws in the game are represented by levels too linear and from forgettable side missions, but thankfully they don’t damage the experience too much. In short, if you are a lover of this type of dark fairy tale, then for sure you will really appreciate Lost in Random.

Lost in Random è disponibile ora per PC, PS4, PS5, Nintendo Switch, Xbox One e Xbox Series X | S. If you are interested in staying up to date with all the news on the world of video games and much more, then continue to follow us here on TechGameWorld.com. Furthermore, in case you want to buy some games at an advantageous price, we suggest you take a look at the many offers on Instant Gaming.