We tried the Marvel’s Avengers beta, here is our opinion in this preview, which still leaves us some doubts about the product

On September 4th it will begin in effect a new universe (this time videogame) dedicated to Marvel superheroes. In these days, however, it has been possible to take a look at the ambitious project of Crystal Dynamics before its actual release. Will Marvel’s Avengers be able to convince us in these first hours of testing? Let’s find out together in this one Marvel’s Avengers preview. 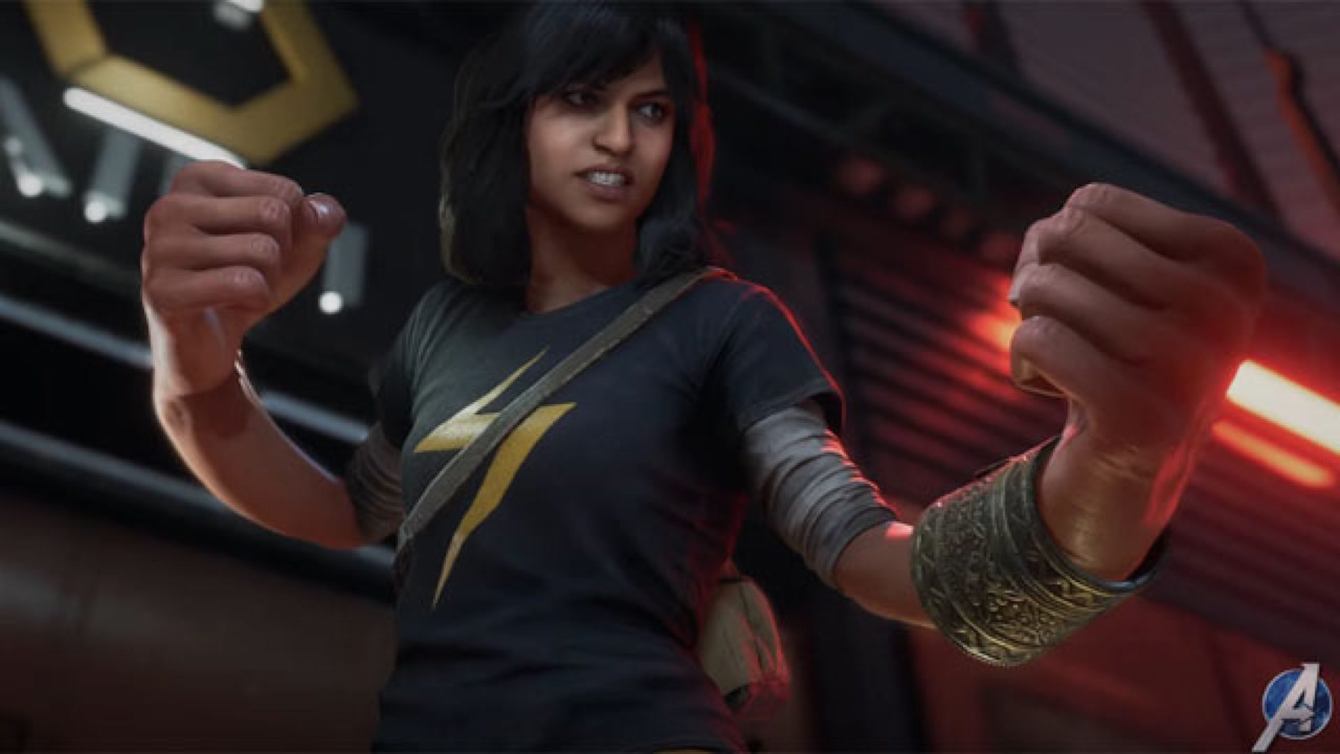 A path that will last for years

Marvel’s Avengers is a Game As A Service, and in this preview we had the opportunity to play the full-bodied content of the beta. These are some campaign missions plus numerous side missions with 4 different selectable heroes. As GAAS the game is developed with the intention of lasting several years thanks to the introduction of many new superheroes, in a way completely free, during the months following the release.

We will not therefore stop to evaluate the plot, the level design and the amount of content. It is still too early to judge all these aspects, especially given the nature of the game in continuous evolution. However, we will try to understand if Marvel’s Avengers will be able to overcome the great challenge of each GAAS, namely that of keep users hooked for a very long time after launch. 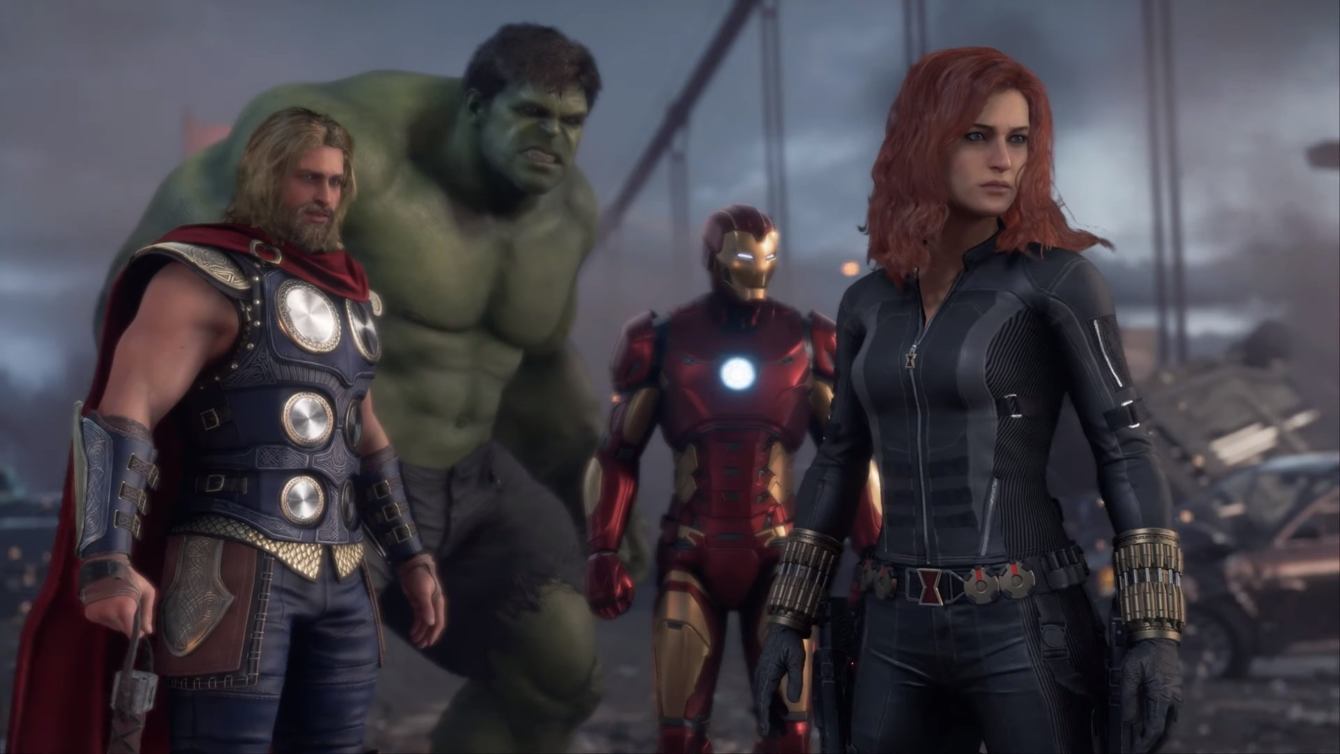 The introduction is useful not only as a game tutorial, but also to become familiar with the different heroes that make up the Avengers. It must be emphasized that superheroes all have little peculiar abilities that characterize them enough to justify the different choices in advancing missions. Iron Man and Thor can fly, Black Widow uses the grappling hook to both increase his mobility and counter, and the Hulk can grab enemies and use them as a weapon.

We hope that the full version of the game can make the most of the uniqueness of the Avengers even in the more purely exploratory sections. In this way it would be possible to increase the replayability of the missions, a critical point of the entire play structure of Marvel’s Avengers. At the moment, however, the characterization of the heroes seems to be the highest point of production and we hope it will remain a strong point also in view of future updates. 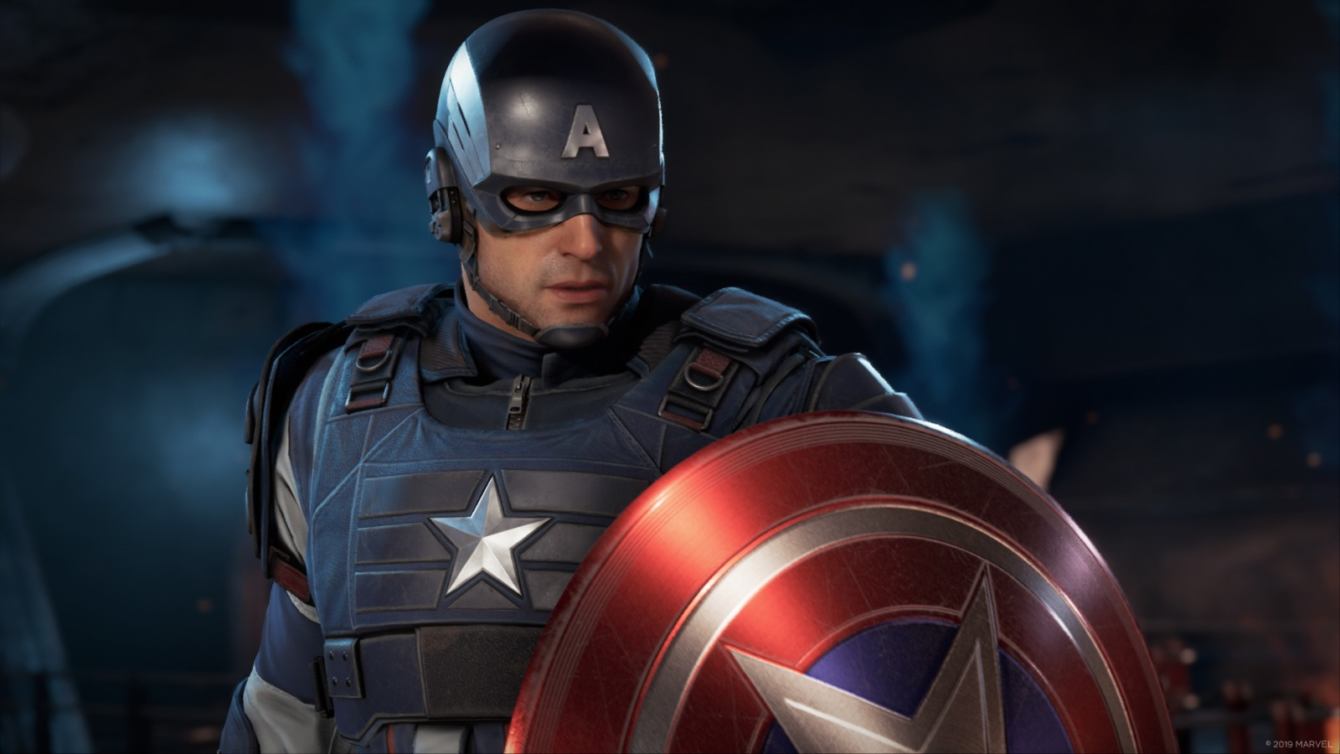 Simple and immediate, perhaps too much… – Marvel’s Avengers preview

We continue the preview of Marvel’s Avengers focusing on the combat system. On the other hand, if it is true that some missions offer moments of exploration useful for obtaining some rare equipment, the fight is necessarily the master. Characters have light, heavy, and ranged attacks. Also it will be possible to use three special skills customizable and a unique energy bar for each superhero. Skills can be performed after a cool down time.

Unfortunately the combat system leaves us rather doubtful from different points of view. The combat phases are all too simple and lacking in depth. If it is true that by combining the different attacks it is possible to chain small combos, this is not enough to give that level of technicality necessary to not make the missions seem repetitive. Furthermore, if the great dynamism of the clashes faithfully reproduces the action of the Marvel superheroes, the most excited phases can become slightly confusing especially in coop. Coop that does not fully exploit its full potential. We recommend that you play with a group of friends, since it is really difficult to perceive a difference between the companions chosen by matchmaking and those controlled by the AI. 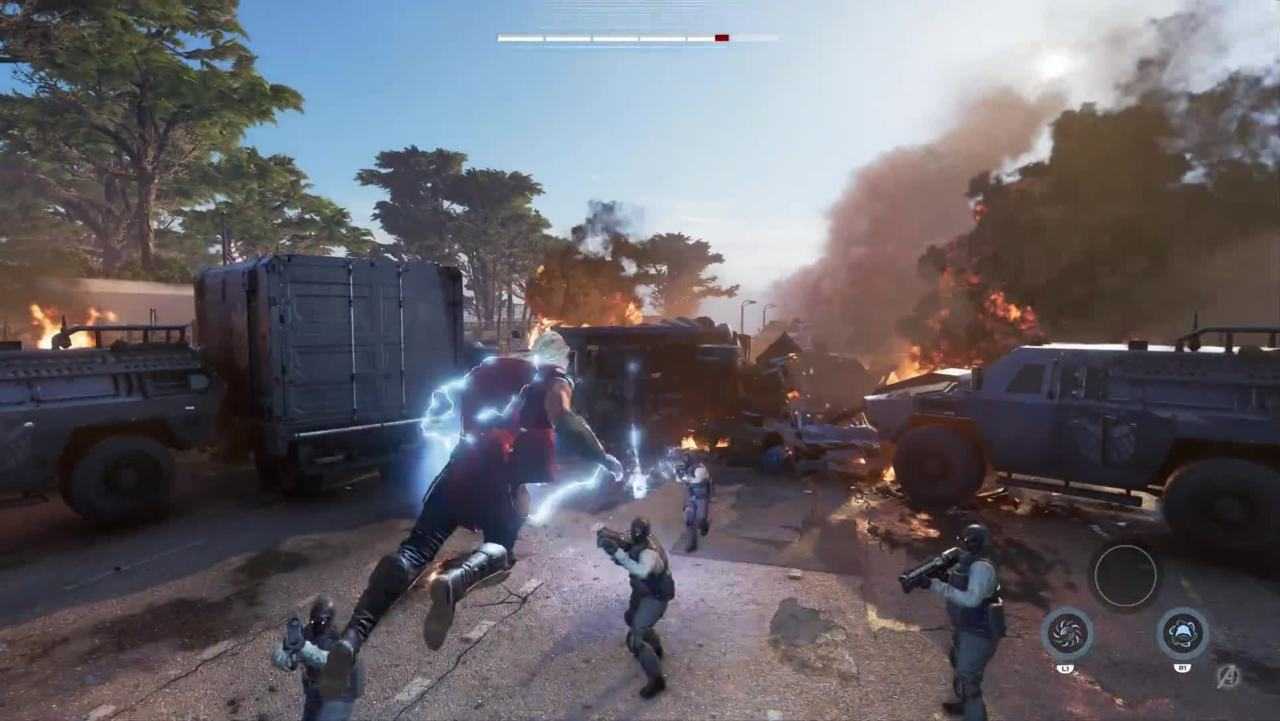 But the enemies? – Marvel’s Avengers preview

Marvel’s Avengers is a title to play without too much effort and all too often comes down to mere button smashing. Unfortunately the feeling is amplified from the Artificial Intelligence of the enemies which turns out to be too banal. The opponents seem almost like dummies, not very aggressive and without a real moveset capable of putting the group of protagonists in difficulty. The degree of challenge, selectable for each mission, does nothing but dramatically increase the damage of the enemies.

There will be a need for further work in the balancing phase, especially on the importance of strength levels. The statistical component becomes too dominant on combat and limits the choice of the player who is obliged to face only the challenges of his difficulty level. We abruptly go from really simple missions to impossible feats as the level of the opponents is high enough to defeat our character with a single blow. 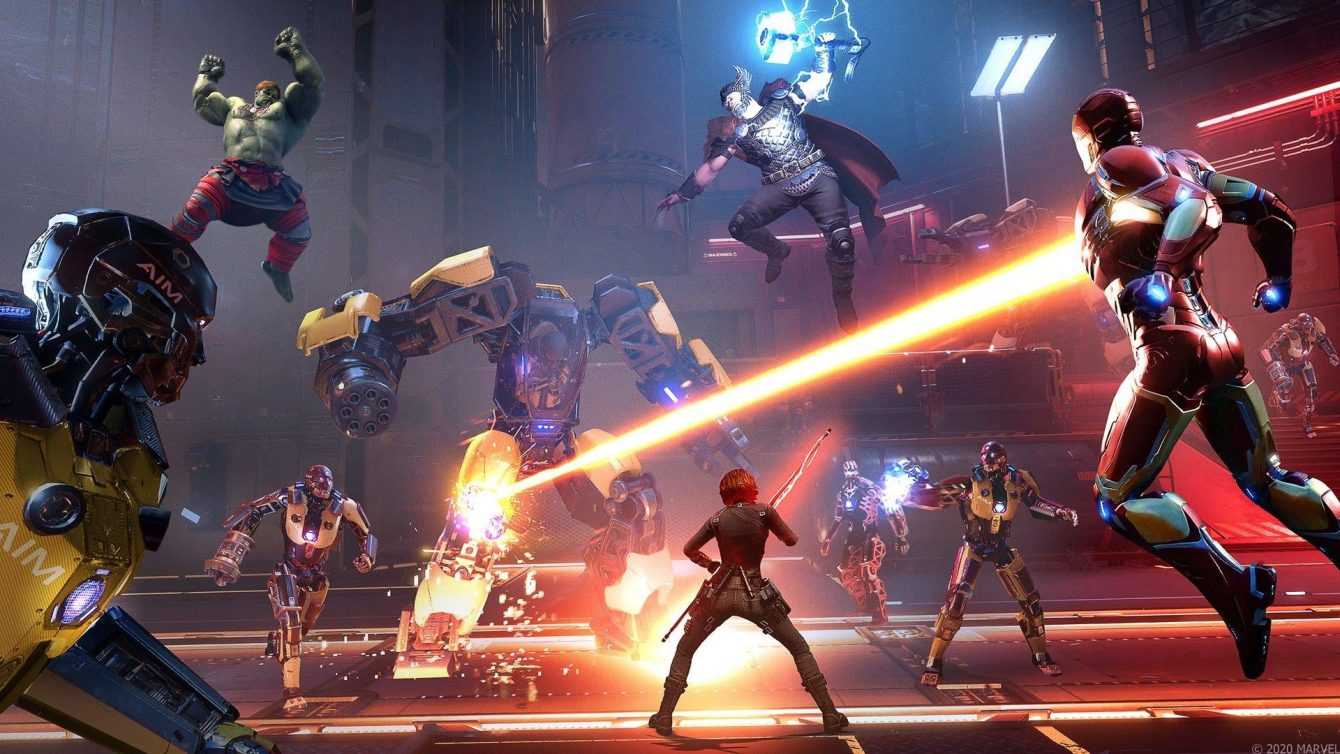 It is evident that the looting component is one of the central parts of the experience. By completing the missions and carefully exploring the maps we will come flooded with equipment of various rarities capable of empowering the Avengers. In addition, daily and weekly challenges will help you complete a different “battle pass” for each hero, which will allow you to unlock numerous cosmetic items. From plaques to costumes, customization will delight all fans of Marvel comics.

In this regard, Crystal Dynamics proposes a truly commendable business model. All additional content in terms of missions and characters will in fact be distributed for free to all players. The only items that can be purchased through microtransactions are purely aesthetic objects which do not alter the balance of the game. Loot boxes seem not to be present, a practice now abandoned by the majority of publishers. 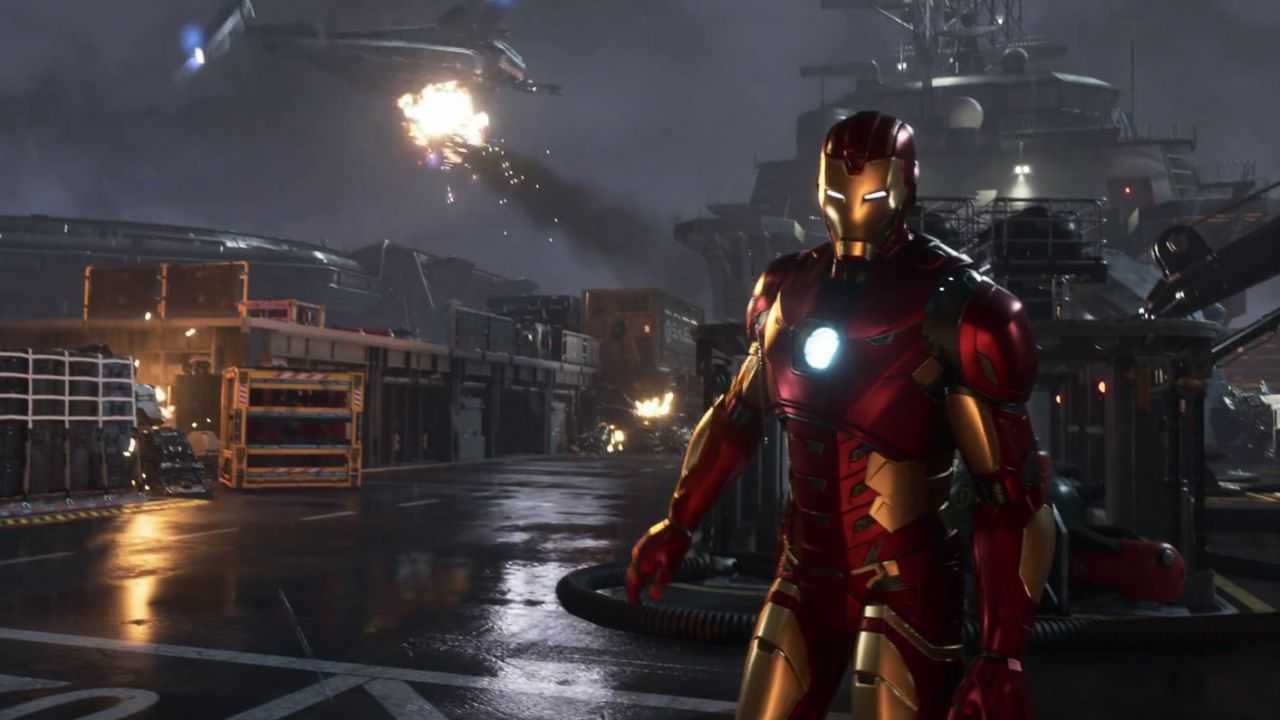 Net of post-launch support that promises to be full-bodied and respectful towards fans, we cannot hide the doubts that this beta has left us. The too simple combat system, supported by a trivial AI, risks boring players in the long run. We are not sure if the looting component is enough to push the compulsive repetition of missions. The fear is that after a few weeks of initial enthusiasm, the game can lose a lot of unstimulated players to continue the adventures of the Avengers.

However, it is not yet possible to give a definitive judgment on the game, which will have to be thoroughly tested in its full version. However we don’t know much about the plot and the amount of content (in particular that of the end game). Factors that could prove decisive for the purchase. This is where this preview of Marvel’s Avengers ends. We remind you that the game will be available September 4th on PC, PS4 and Xbox One, to then arrive later on PS5, Xbox Series X and Google Stadia. If you liked this preview, keep following us on TechGameWorld.com, to stay up to date on all the news from the world of video games and more!