In this article, a little out of our standards, we want to talk to you about Medion, a German company that operates in the world of consumer electronics. In the heart of Europe, we will discover a still little known manufacturer of PCs, laptops and much more

Let’s be honest, if we go to buy a PC we are 90% sure this is from an American, Taiwanese or Chinese company, more rarely now Japanese. When it comes to PCs and laptops, European countries hardly come to mind. Above all Italy, which has been in a kind of digital desert since the great Olivetti disappeared (peace be upon his soul) as we knew it, is a huge importer of extra-EU products – even if lately something is awakening.

Instead in Germany the hardware market has always had a strong vigor. However, there have always been many small producers who have never dedicated themselves to large-scale production. Medion on the other hand is managing to make the leap in quality, bringing its products on the shelves (not just physical of course) of large retailers. Also thanks to the partnership with Lenovo and Intel, Medion could become one of the first major PC and laptop manufacturers based in the old continent.

Medion AG was born in l1983 in Essen. It is about a multifaceted producer, a “little Xiaomi” that ranges from household appliances such as microwave ovens, refrigerators and vacuum cleaners to high-tech products such as PCs and monitors. The brand remained unknown for many years, especially in the PC segment, but in recent times it is emerging in an overwhelming way with an increasingly rich and varied product catalog. Because?

We can think of two reasons. The first is the intervention of Lenovo than in 2011 invests heavily in the German company. The second is due to the global logistics and semiconductor crisis that led Europe to wake up from sleep in which it had fallen and is in every way trying to remedy and recover ground on the Asian and American giants. In other words, the perfect space was created for the inclusion of the Medion project. Of course you are wondering what Medion products are like, a brand that is still little known here in Italy. Well let’s say last night’s reheated pizza wasn’t bad at all! You know how complex the pizza test is for a microwave that has to make the crispy crust and the soft, juicy topping, right?

As you reheat pizza in your Medion microwave, let’s talk a little about PCs and laptops. The Medion catalog is very well stocked. It starts from the very low end of the market (we are talking about models from around 200 euros) to reach high-end products with configurations suitable for gaming or other heavy tasks such as video editing. We are talking about both laptops and desktop PCs. Let’s take some examples to clear our minds. Medion E14409 – yes, perhaps there is still some work to be done on the naming – it is a laptop with Intel i3-1005G1 processor (dual core, up to 3.4 GHz) with 8 GB of RAM and a 256 GB SSD. Price around 300 euros. It’s not too bad for a young student who has to do research, tackle the first programming problems, distance learning and so on. But we also see something more juicy.

he laptop MEDION S15449 has an Intel Core i5-1135G7 processor equipped with Intel Iris Xe graphics, 8 GB RAM and 512 GB SSD. With around 650 euros, you can take home a laptop PC that, for better or worse, allows you to do a little bit of everything, even things a little pushed within certain limits of course.

In short, you have an idea, right? In the catalog there are many other products, not just laptops and desktop PCs. We also find monitors and other accessories. You can take a look at the official website for more details or take a look at the Amazon boxes below. The only problem is that it is sometimes a bit difficult to find them because the company still struggles to supply large stocks. Probably due to an unexpected question.

A look to the future

Now we know Medion and its products a little better, but that what can we say about its future? Will it be a reliable company? Can I feel comfortable with your products? Well they are Germans. What else to say …

Seriously, behind Medion there are the broad shoulders of Lenovo which, not surprisingly, has decided to delegate assistance in Europe to the German company. The expansion of Medion is also taking place in our country. In 2018, thanks to his intervention, another Italian company called Olidata was exhumed from the grave. We can say that there is an interest. Agreements have been made with distributors such as Esselunga and Amazon. In short, something suggests to me that we will continue to talk about Medion in the next future. That’s all from the hardware section, keep following us! 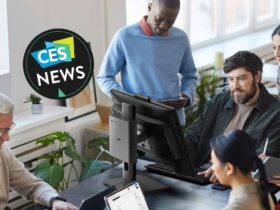 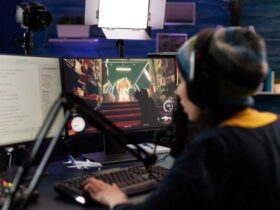 The best gaming monitors of 2022