If the idea of ​​starting your adventure in Metroid Dread scares you, with our tips and tricks you can start on the right foot

The Serie Metroid is tough by nature and Dread is no exception: you may therefore need tips and tricks to start the adventure as it should be. The labyrinthine level design has always distinguished the saga, and the chapter from the best debut weekend is certainly no exception. Furthermore, the experience you have gained with other metroidvania such as Ender Lilies may not be enough for you to face some of the challenges that the game has in store for veterans of the genre and / or the series. However, if you are desperately trying to get out of the ravines of the cosmos that Samus has slipped into, we are here to help.

No stress for collectors

The first of the tips and tricks that we can suggest to Metroid Dread newbies is the approach to collecting. You will see several energy tanks and missiles with which to improve and upgrade your equipment, but very few (especially at the beginning of the adventure) will be reachable on the fly. Don’t get stressed out and enjoy the adventure at your own pace; remember that only later can you go back and raid. Backtracking is something you will have to contend with, but the map will always keep you aware of the objects in a specific room. When you are ready, the treasures left behind will be too. 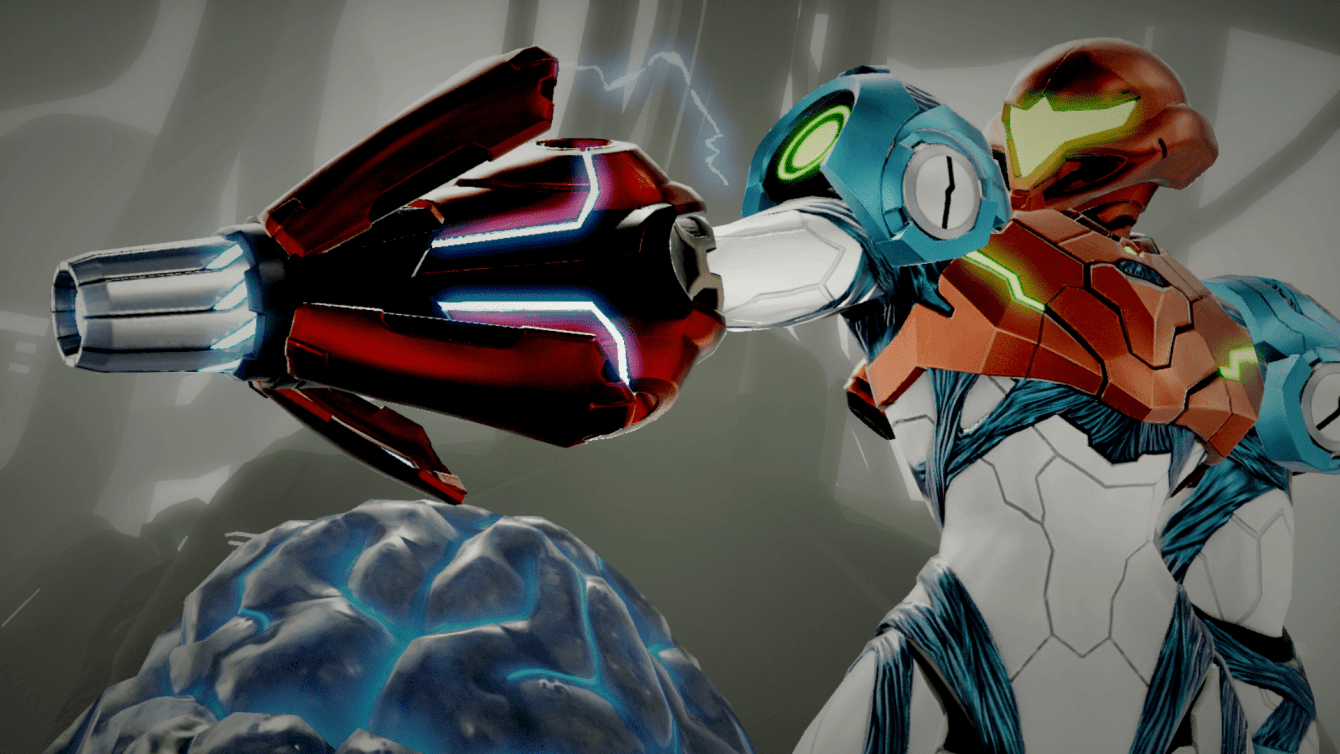 Use the Map – Metroid Dread Tips and Tricks

Since we’ve talked about it, we might as well dedicate a section of our tips and tricks to map by Metroid Dread. Not only does it keep in mind everything you run into, but it also signals all kinds of doors, charging points, obstacles, and yes, save rooms as well. In addition, the zoom will allow you to see which barriers require which skills to proceed in one direction. You can also mark specific points that will appear in the game interface. The map also allows you to filter the icons in such a way as to group all those of a certain type. In short, there are many functions: use them properly! 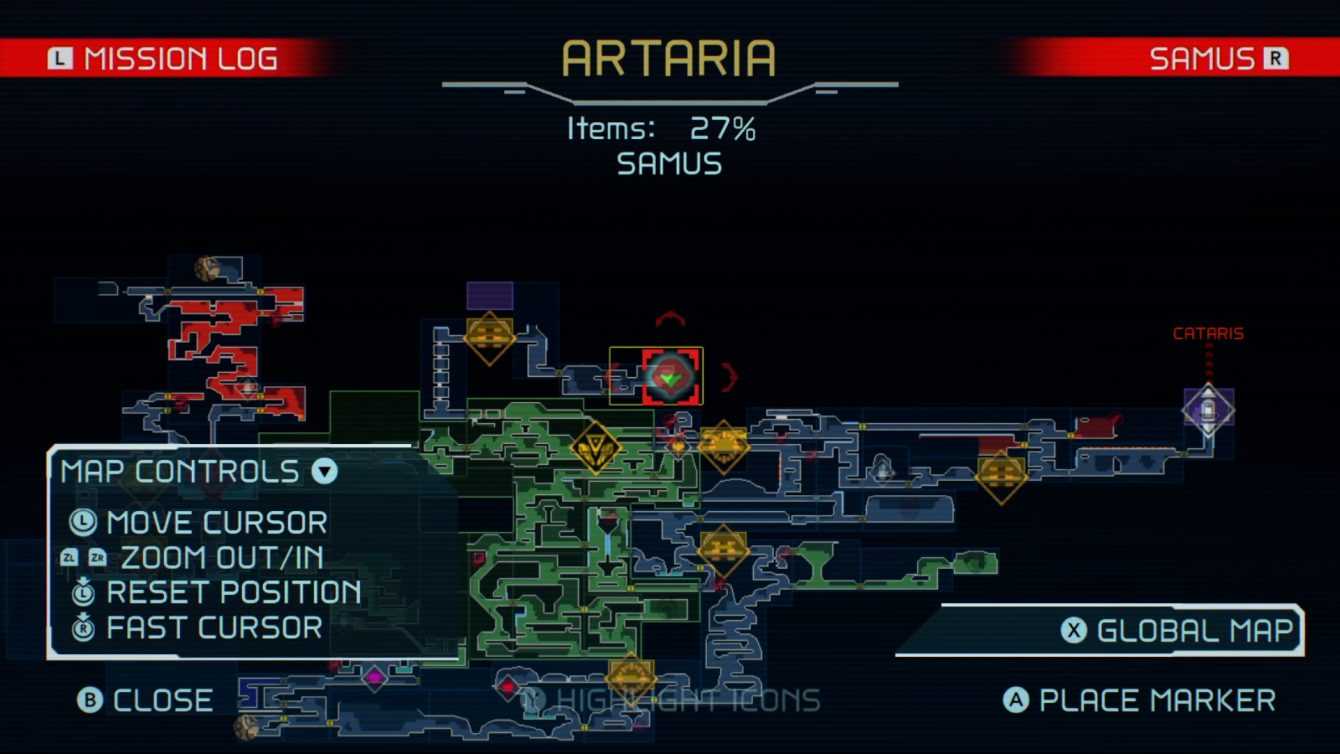 Sooner or later you will have to scan the environments of Metroid Dread to discover secret paths, such as those hidden by the destructible terrain. If this is the first chapter of the saga for you, know that the Metroid rule is always valid: blast any floor or wall you come across. Fire at will! You will likely stumble upon some object to collect by doing so and, more importantly, sooner or later you will have to resort to this approach to proceed. If you find yourself at a dead end, then, the solution may be a (very little) metaphorical stone’s throw. 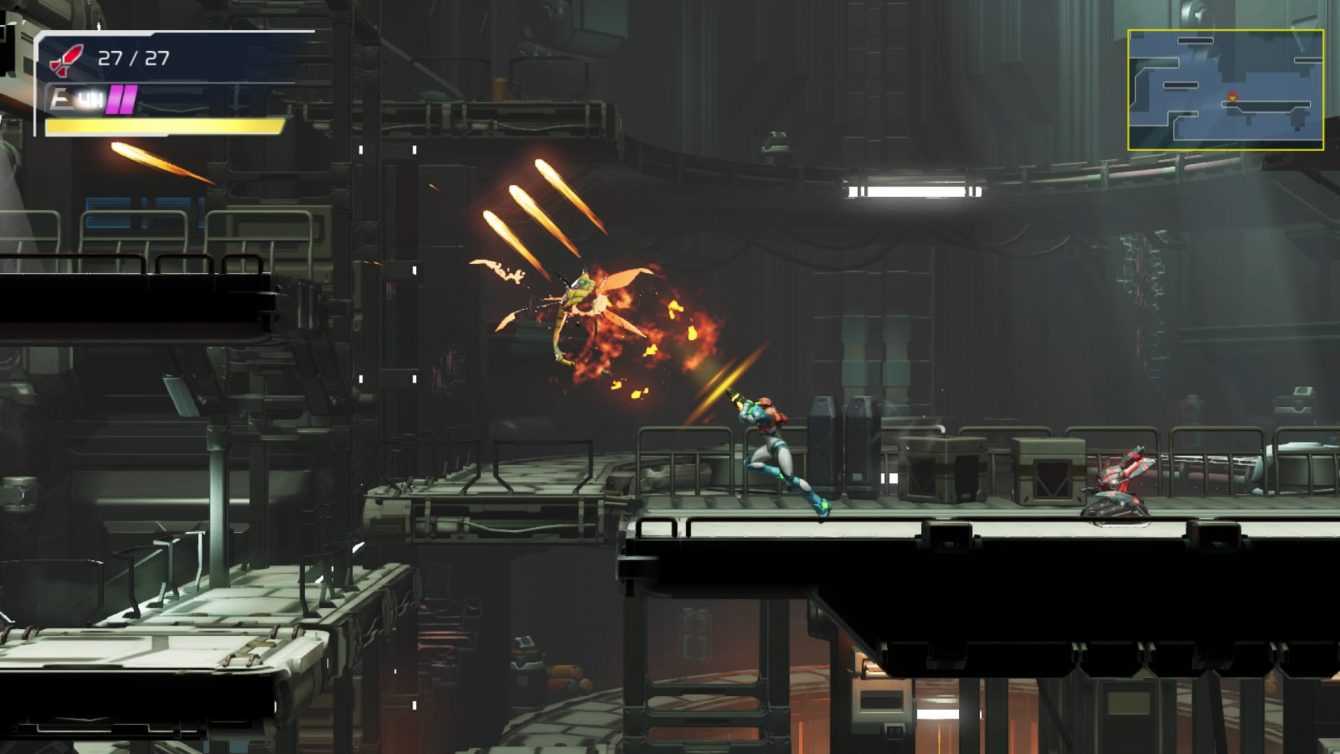 No, we are not referring to either the female band or Adam Kadmon: one of the most valid tricks to continue in Metroid Fusion was to refer to the advice dispensed by artificial intelligence ADAM and this also applies to Dread. The computer, Adam Malkovich’s digitalization of consciousness (seen in Other M), will occasionally provide you with hints to continue through the main campaign. Reread the conversations in the daily it will help you get out of the occasional cul-de-sac: it’s not just a computer with which the game claims its membership in the pantheon of science fiction. 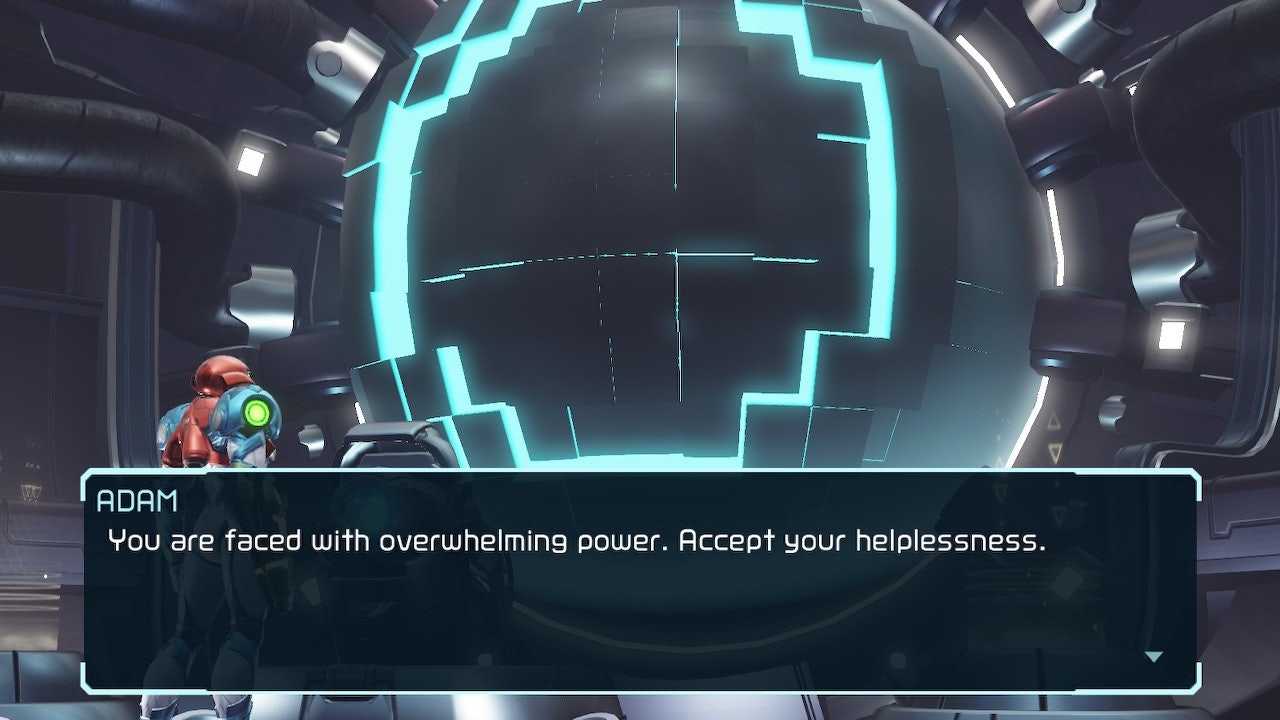 GLaDOS had a son, and HAL-e legs – Metroid Dread Tips and Tricks

Where does the terror mentioned in the game’s title come from? On the other hand, it will take something capable of exceeding the already high standard set by Samus Aran-X in Metroid Fusion… and there it is. Where SA-X stalked us and then knocked us down in two strokes, the E.M.M.I. they will directly print a Game Over on our snout as soon as they corner us. If they spot you and chase you, there are safe points marked, and you will also be able to attack them to temporarily dumb them down. The timing varies according to the robot you come across, but don’t give up and you might as well survive. 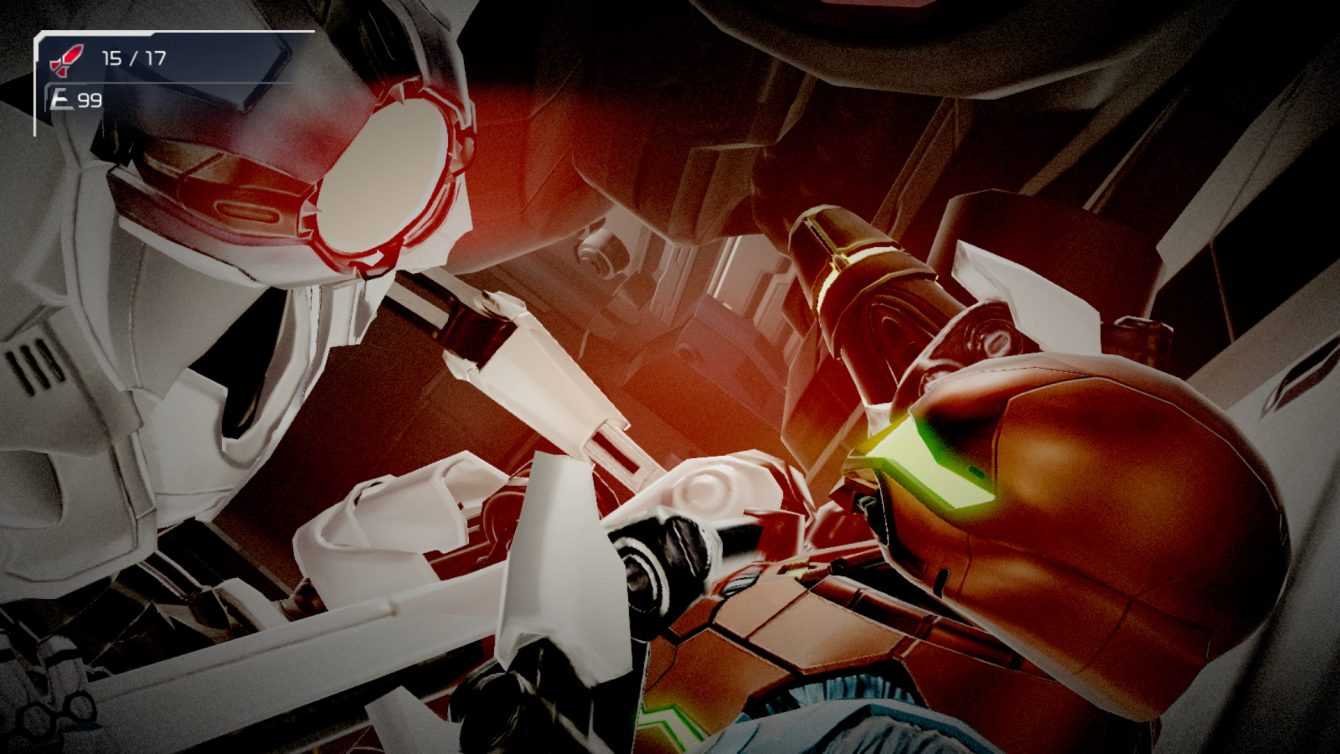 Quoting the immortal Nintendo The Official Magazine: “Save often, save now”. Each area of ​​the game boasts rooms to save games to and as many in which reload life points and ammo. We shouldn’t tell you this as it is pure common sense, but use them! Use the map to mark all the similar rooms in the surroundings and save whenever you have the opportunity, otherwise you will have to trace the objects to be collected again and do another hunt. Do you remember what we told you at the beginning? Here, looking for treasures to the point of forgetting to save can lead to having to do it all over again. 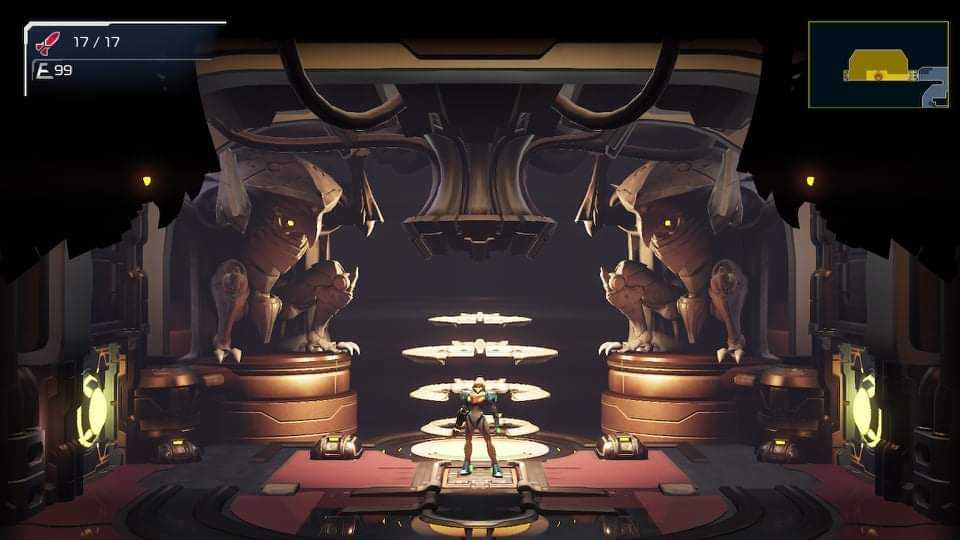 Each area in the game boasts a “map room”Where, in true The Legend of Zelda: Breath of The Wild style, Samus will download a large slice of the surrounding world. These regions will appear as colored (but vague) areas on the map once this is done, and showing you where you might (or should) be headed can be vitally important. Therefore, it goes without saying that you need to make discovering the map rooms a priority. Of course, it would all be easier if it weren’t for those EMMIs who are prowling around with the intent of killing us in one fell swoop … 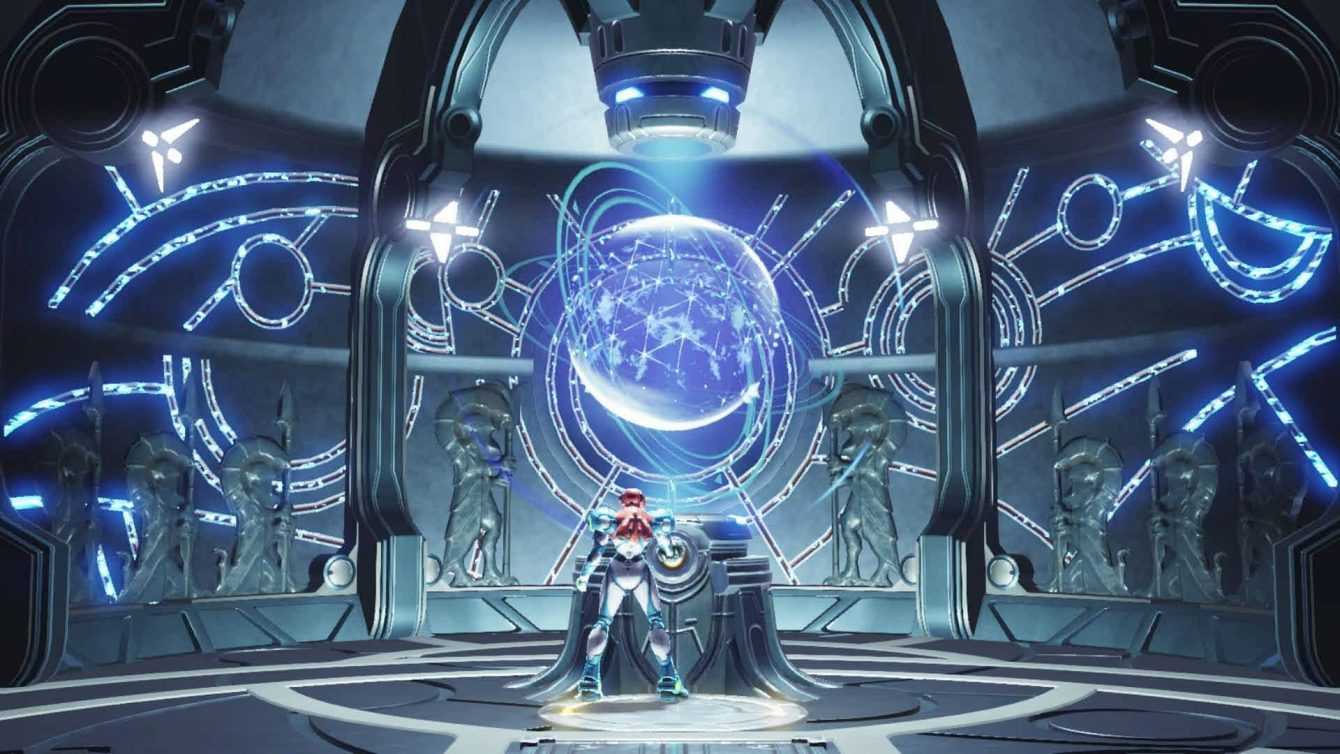 That’s right, the last of our Metroid Dread tricks / tips is another tip for EMMIs, and this time around it is to get them out of the way for good. If you want to get rid of an EMMI once and for all, you’ll need to find its control unit. The special rooms contain minibosses (of course), but to find them you will have to meticulously sift through the dangerous areas where the robots in question are constantly on patrol. Once a control unit is taken out of use, the connected EMMI can be eliminated to facilitate this blessed exploration. And it was time too! Now it’s up to you to tell us yours: did our suggestions help you? Let us know below, and as always don’t forget to stay on TechGameWorld.com for all the most important news for gamers and more. For your purely gaming needs, you can instead find the best discounts in digital format on Instant Gaming. 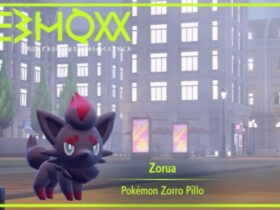 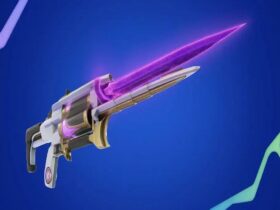