Netflix announces the participation of Michelle Yeoh in the role of Scían in The Witcher: Blood Origin, a live-action series in six episodes, prequel to The Witcher.

Michelle Yeoh will be Scían, the last of her nomadic elven tribe: no one can compete with her sword skills and no one feels as much pain as she does. When he decides to recover a sacred sword, stolen from his fallen tribe by nefarious means, he embarks on a deadly search that will change the fortunes of the continent.

Along with Michelle Yeoh, in the cast there will be Laurence O’Fuarain who will play the role of Fjall: born into a clan of warriors who have sworn to protect a king, Fjall bears a deep scar within himself: the death of a loved one, fallen in battle trying to save him. A scar that will not allow him to make peace with himself and with the world around him. In his quest for redemption, Fjall will find himself fighting alongside unlikely allies as he embarks on a path of revenge on a continent in turmoil.

Set in an elven world 1200 years before the world of The Witcher, Blood Origin will tell a story in a distant time: the creation of the first prototype of the Witcher and the events leading to the fundamental “conjunction of the spheres”, when the worlds of monsters, men and elves have merged.

Declan de Barra is the showrunner and, along with Lauren Schmidt Hissrich, executive producer. Andrzej Sapkowski is the creative consultant for the series. Jason Brown, Sean Daniel (Hivemind), Tomek Baginski and Jarek Sawko (Platige Films) are all executive producers.

Michelle Yeoh: her career and her future projects

Michelle Yeoh is a Malaysian actress, considered one of the most successful actresses in the East. He most recently starred in CBS’s Star Trek: Discovery alongside Mel Gibson and Frank Grillo, as well as Joe Carnahan’s What Doesn’t Kill You and Paul Feig’s Last Christmas.

The former Bond girl is also known for her roles in John M. Chu’s Crazy & Rich, Ang Lee’s The Tiger and the Dragon, Rob Marshall’s Memoirs of a Geisha, Tomorrow Never Dies by Roger Spottiswoode and Sunshine by Danny Boyle. Michelle also starred in Luc Besson’s acclaimed film The Lady and voiced a character in the Dreamworks hit Kung Fu Panda 2.

She will also be seen soon in the sequels to James Cameron’s Avatar, Marvel’s Shang-Chi, Daniels’ Everything Everywhere All at Once for A24 and Navot Papushado’s Gunpowder Milkshake for StudioCanal. 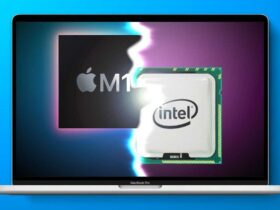 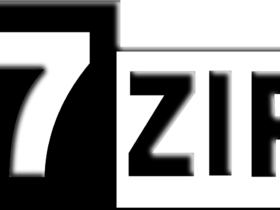