Gamers are requested to go to the boarding of their Xbox as soon as possible because the glorious Microsoft Flight Simulator has finally landed on the next generation of Microsoft consoles. The flight simulator par excellence is ready to exploit the performance of the Xbox Series X | S by testing the powerful hardware and the potential of using the controller. How did he behave on console? Let’s find out in our Microsoft Flight Simulator review tested for you on Xbox Series S.

For those who had lived outside the space-port from 2020 to today, Microsoft Flight Simulator is the latest version of the historic flight simulator from Microsoft. A franchise that began in 1982 and which has reached an impressive standard with this latest chapter. The aim of the game is obviously to take the joystick of the planes made available to the game and make 1, 10, 100 flights wherever you want. The game map is in fact the whole world and everything is as it would appear to our eyes.

From Paris to London, from Milan to Athens, from Los Angeles to New York: you just have to choose the departure and arrival airports and then enjoy the spectacle that will appear in front of you. But not only cities, also rivers, deserts, monuments and even the roads and passing cars. Asobo Studio, the software house behind the game, and Microsoft, have exploited the 2 Petabytes of Bing map data and Microsoft Azure technology to give us one of the most impressive digital shows out there.

To find out all the details and how it works on PC, we refer you to our Microsoft Flight Simulator review. Stay on board with us if you want to find out how it performs on Xbox Series S.

Let’s spoil this part of the review right away, reassuring you about the performance of the game on Xbox Series S. Microsoft Flight Simulator is indeed able to offer a resolution in non-native 1440p for a simply fantastic glance. Automatically, the title manages to run on the console with high graphics settings and with optimal performance. While these are a long way from the maximum graphics settings available in the PC version, technically Microsoft Flight Simulator will not fail to make your eyes pop. For this reason, we recommend that you play on a large TV or monitor capable of supporting HDR or 4K, in case you are playing it on Xbox Series X.

Asobo Studio has managed nothing short of excellent in successfully transporting the hard work involved in the making of this great title to Xbox. Microsoft Flight Simulator is able to exploit the potential of the console without weighing it down and without sacrificing fluidity and image quality. In contrast, the frame rate is locked at around 30 FPS. We write “about” because depending on the situation in which we find ourselves, some slight decrease of the frames will often happen. This results in slightly reduced fluidity and an increase in game reaction times compared to our inputs with the controller.

This occurs especially when we are at not particularly high altitudes or near large cities that require a lot of work from the console. A few frames are inevitably lost but this does not affect the gaming experience too negatively. Over and over again we have been enchanted by the extraordinary landscapes that stood next to us to notice the poor frames.

Another small flaw of Microsoft Simulator on Xbox Series S is the long loading times, some really too long. Despite the excellent optimization and the SSDs mounted on the console, it will take several minutes to start the game and just as many to take a new course. All is forgiven by the beauty of the game and its ability to involve, but we wanted to avoid the delay of the flights even in-game. 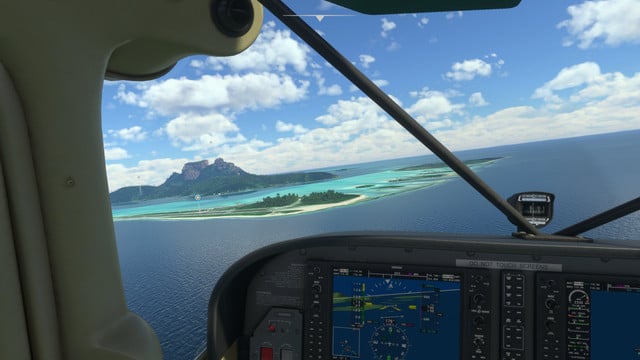 Following the bright path, let’s go for a moment on the technical side to approach the other news of the Xbox version of Microsoft Flight Simulator, including:

Microsoft Flight Simulator arrives on Xbox Series X | S loudly. The console optimization made by Microsoft and Asobo Studios is practically perfect both from the technical side and from that of the user experience. The defects in frame rates and loading times do not undermine the gaming experience at all, enriched by the wonders of the landscape and the precision of the flight experience.

We are sure, aware of the constant support that the game has received on PC in recent months, that even the small defects of the Xbox version will sooner or later be filed down to make us enjoy the best possible flight. 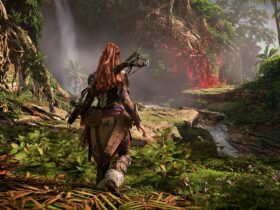