Microsoft lancia Start, the new news aggregator integrated into Windows 11 and available as an app on Android and iOS. The service replaces the feed di MSN and takes the place of Microsoft News on the App Store and the Play Store. Over a thousand publishers will be included.

Microsoft has announced the arrival of a reworking of its Microsoft News news aggregator, which changes the name and form, but not the substance. Even in this case in fact you will find up to 1000 different publishers, with written news, videos and images of all kinds. The artificial intelligence developed by the Redmond group allows you to sort the news presented and customize the content based on interests that you have declared and to the world in which interact with the app. 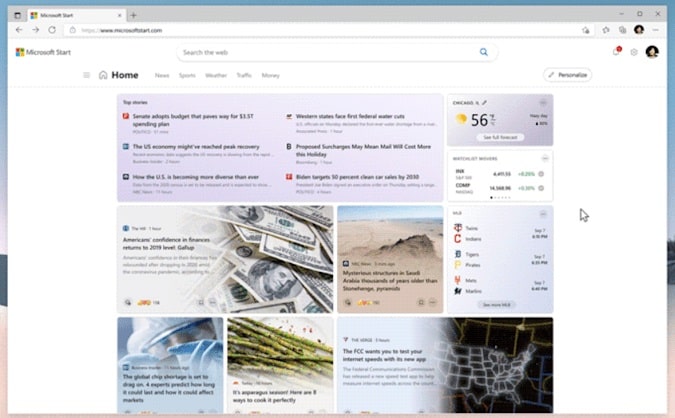 In addition to the algorithm, there is also the editorial work of human personnel. Although it must be said that during 2020 Microsoft left many of the reporters at home involved in MSN newsrooms around the world. But the company has specified that the MSN brand will not go away. Start will be the brand for the dissemination of the news chosen and validated by the group, in hundreds of different languages.

The official microsoftstart.com website can be consulted all over the world immediately and the mobile apps will be renamed at the next update. However, the official consecration will take place next month, when Microsoft officially launches the new Windows 11 operating system. In fact, there will also be present as widget. Microsoft will also include the Start feed in the “New Pages” by Edge, the official browser of the operating system.

We will learn about the Microsoft Start feed very soon – it will be central to the Windows 11 experience.

The tapping on the keyboard is my favorite music. In the sense that I love to write, not because I have a playlist on Spotify called “Laptop Noises”: I love technology, but not up to that point! Avid reader, nerd since before it went out of style.