Another Microsoft Windows 11 update was recently released. It is apparently causing problems on several devices

Microsoft recently released another optional cumulative package, a Microsoft Windows 11 update for all devices running the latest version of the world’s most popular operating system. Apparently it is already causing some problems on the devices it is installed on, and this is not new for the Redmond multinational.

Specifically, it appears that the devices on which the cumulative update is deployed KB5014019 are experiencing a compatibility problem with particular products of the Japanese multinational Trend Micro.

Trend Micro is aware of a component compatibility issue User Mode Hooking (UMH) used in different technological solutions of its own production and the last Microsoft Windows11 update e Windows Server 2022 (KB5014019) released on May 24, 2022.

The component UMH it is used by several products Trend Micro for endpoint and server protection. The device is also responsible for some advanced features, such as the protection from ransomware.

We are already aware of the potential issue for which users applying the optional patch containing theMicrosoft Windows 11 update e Windows Server 2022 (KB5014019) may encounter a shutdown of the products that use the component UMH. Trend Micro is the solution

Trend Micro states that it is already working on a fix, but for the moment there is no ETA as to when a patch might be released. However, the Japanese company says it wants to release it to its users before theMicrosoft Windows 11 update enter the automatic rollout phase.

The automatic roll-out of the cumulative package is expected to take place next month, during the usual Patch Tuesday intended for devices Windows.

We are currently investigating this issue further to fix it before the optional Windows become mandatory. Users who have already applied the optional Windows patch can uninstall the patch temporarily or contact support Trend Micro for further assistance with a debug module UMH.

KB5014019 is an optional cumulative update for devices Windows 11 and, unless you requested it manually from Windows Updatethe update should not be installed on your device.

If you use products Trend Microlet us know in the comments if you have encountered any difficulties on your Windows 11 operating system. Keep following TechGameWorld.com to stay up to date. 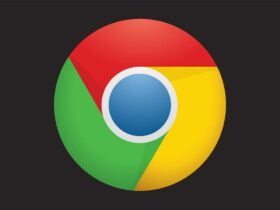