In this review we will talk about Mighty Goose, a frantic run ‘n’ gun starring a cyborg goose armed to the teeth

If you are a lover of run ‘n’ gun old school, then for sure Mighty Goose will catch your interest. This indie insane is heavily inspired by the titles of the series Metal Slug and as if that weren’t enough, it will allow you to take on the role of a cyborg goose armed to the teeth. For sure this brief description will be enough to make you want to try it but before buying it we advise you to read our entire review, in order to fully understand what Mighty Goose is made of.

Mighty Goose is a well known space bounty hunter who because of his deeds ended up on the blacklist of the fearsome Re Void. Fortunately, Goose is a very quiet character and as a result he will try to settle his differences with the King slaughtering every single soldier who stands between him is the throne.

During the game you will have to face dseveral levels full of enemies and to do so you can count on a vast arsenal. During the levels you can in fact find gods upgrades that will allow you to use machine guns, shotguns, missile launchers or laser pistols until you run out of bullets. In some levels you can also find gods vehicles which will allow you to become much more powerful and above all resistant. Also by defeating the enemies you can get some coins which can be spent at any time during the missions to obtain upgrades of all kinds.

Another very useful upgrade that will help you take out the Void King’s troops with ease is the Mighty mode. By inflicting damage on enemies, you can fill the appropriate Mighty gauge, which once full will allow you to activate this powerful transformation. In Mighty mode your weapons will become much more powerful and most attacks will not harm you in any way. Also dealing damage to enemies you will extend the duration of the upgrade, so activating it at the right time you can easily overcome even the most difficult sections.

In addition to the power ups obtainable in the levels, the mighty Mighty Goose can also equip himself with a large number of improvements several within its space base. Before leaving for a mission you can in fact choose a secondary weapon and a companion to take with you (Companions can also be controlled by a second player via the local coop). You will also have some available passive upgrades which once activated will allow you to get different bonuses. All these improvements can be unlocked going forward with the missions, but some will remain inaccessible until you have taken specific actions. 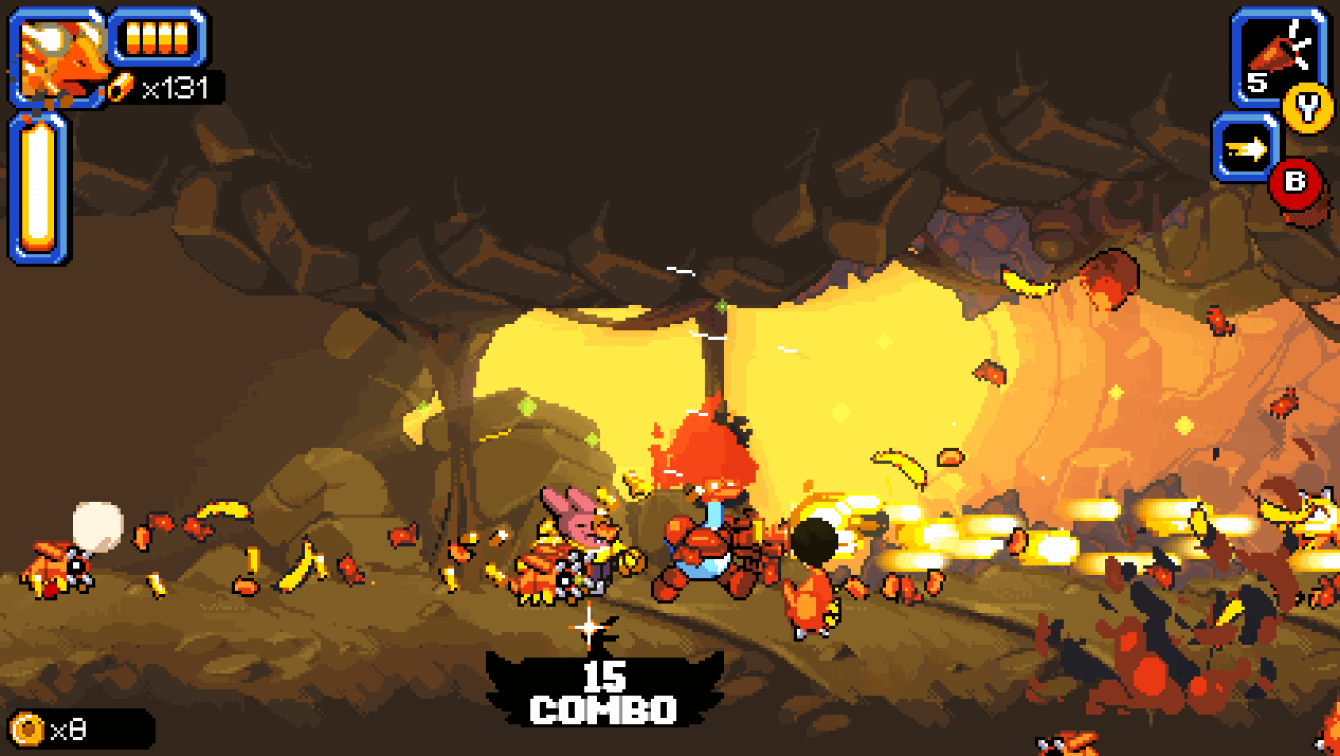 The levels of Mighty Goose are aesthetically very different from each other and always boast gods funny and varied final bosses. Unfortunately, however, all missions will be extremely linear and all you have to do is proceed from point A to point B destroying everything in front of you. Occasionally you may come across small platforming sections and back streets, but unfortunately it’s all about rare exceptions.

In addition to the normal ones, however, there are also gods alternative levels hidden within the mysterious mirror dimension. These levels are only accessible after defeating the final boss and feature a much higher difficulty than the original missions. Unfortunately, these missions also failed to convince us due to two big flaws. First the levels of the mirror dimension will have a structure identical to that of their original counterpart, a real shame if you think that mirroring them would have been enough to get something different.

The biggest problem however is that the difficulty is increased generated solely by the addition of many more enemies. This abundance of opponents will really create a lot of chaos on the screen, thus increasing the chances of being hit. In itself this is not a big deal but by facing so many enemies together you can fill the Mighty bar in no time, thus making these levels even easier than their original counterpart. 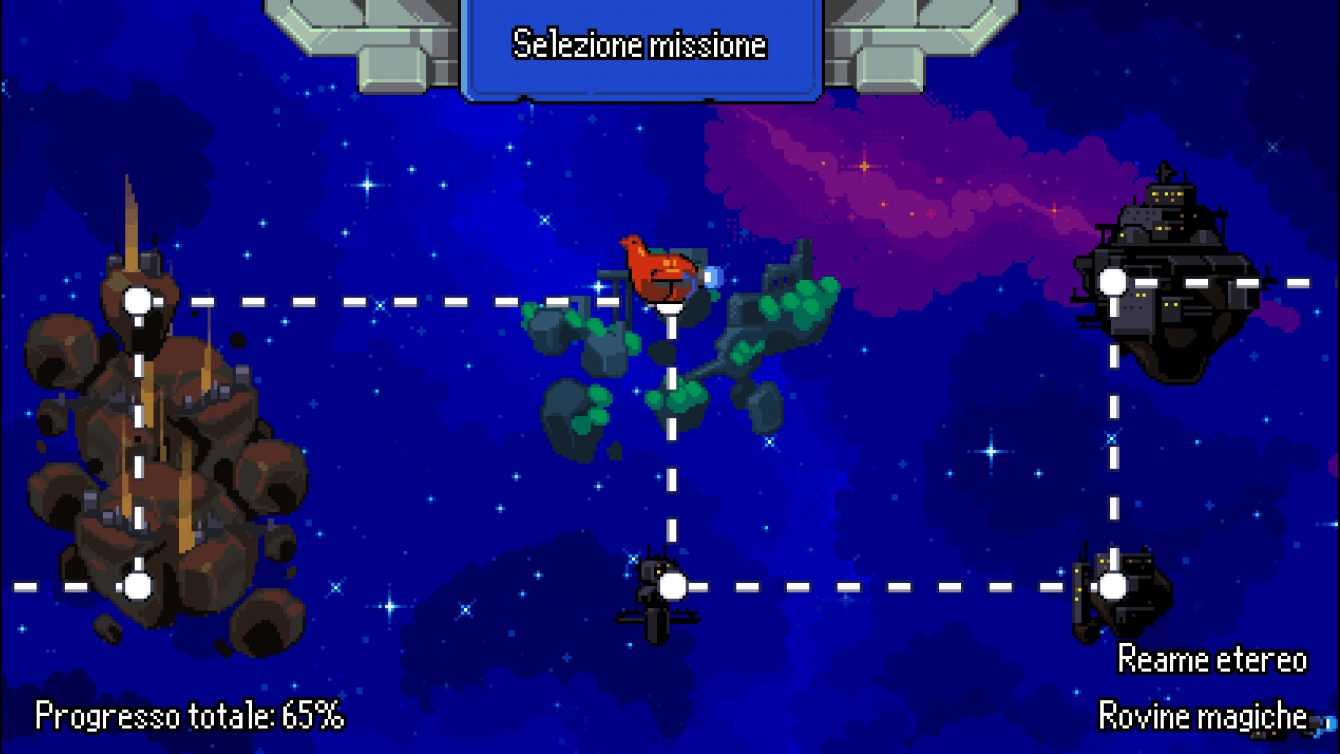 From the point of view technical there isn’t much to say about Mighty Goose. The title is extremely light and consequently is able to maintain excellent performance even on less performing PCs. Furthermore, although there is often a huge chaos on the screen, the title never suffered from any dropped frames.

As for the artistic side, on the other hand, Mighty Goose manages to stand out thanks to a truly gorgeous style. The graphics of the game manage to have a retro charm without being old and the animations they are really beautiful and detailed. In addition, the title also boasts a really good soundtrack and a large number of really great animated cutscenes. 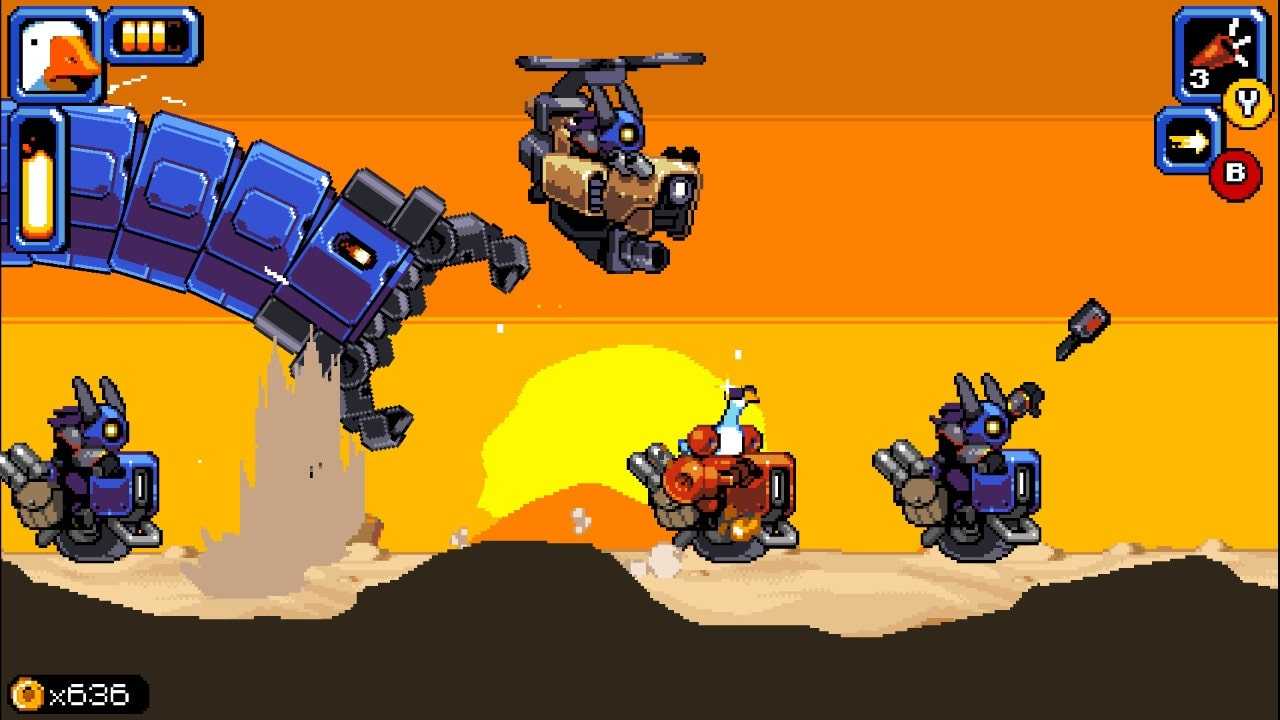 Now the point of our review where we sum up Mighty Goose has finally arrived. This hilarious run ‘n’ gun will instantly take you back to the golden years of the genre. Playing it you will find in fact many elements in common with Metal Slug, such as vehicles, power ups and the iconic voiceover. Overall Mighty Goose is fairly short and straightforward, but it will still be able to offer all lovers of the genre a lot of fun (especially if you are aiming to get a good score on each level).

Mighty Goose is available now for PC, PS4, PS5, Xbox One and Xbox Series X | S.. If you are interested in staying up to date with all the news on the world of video games and much more, then keep following us here on TechGameWorld.com. Furthermore, in case you want to buy some games at an advantageous price, we suggest you take a look at the many offers on Instant Gaming.