In honor of the theatrical release of the film inspired by Unchartedwith protagonist Tom Hollandlet’s take a look at the list of TV series and movies inspired by upcoming video games over the next two years. Some have already confirmed the release date, while others are in the production phase or start of production. What is certain is that between the 2022 and the 2024 we will see some good ones.

Introduction: some dates reported may be subject to changes due to the ongoing pandemic that is slowing down the production of shows and films.

Upcoming video game-inspired TV series and movies: The Last of Us

Given the unprecedented success of the games The Last of Us from Naughty Dog, it’s no wonder PlayStation Productions is betting everything on the upcoming television adaptation which will debut on HBO during the year.

The announcement of the casting of Pedro Pascal e Bella Ramsey as Joel and Ellie, respectively, made fans roar with excitement. According to what was revealed, the first season will cover the events of the first game and follow Joel and Ellie’s journey through a dangerous post-apocalyptic world. The Last of Us is easily one of HBO’s biggest series of the year and it could help Sony and PlayStation achieve the success they so much seek. For more information, you can consult our article.

The project was already planned in 2013 but it didn’t materialize until recently. At the beginning, Steven Spielberg was to be involved as a producer, with a release scheduled for 2015. Spielberg was then replaced by Rupert Wyatt in 2019 and there was talk of a probable release in 2020.

Unfortunately, however, Wyatt was also replaced, this time by Otto Bathurst, known for his work on Peaky Blinders. Now, finally, we have a trailer it’s a release date for the TV series inspired by Halo. The first episode will air on Paramount + on March 24thso very little is missing.

The series will be set in 26th century and will narrate the war between the United Nations Space Command and the Covenant, the historical antagonists of the franchise, of alien races united in a military alliance with a strong underlying religious component. The telling stories though they will not be part of the same narrative universe of video games.

As the protagonists of the show we find Pablo Schreiber and Jen Taylorwho will take on the clothes respectively Chief Petty Officer John-117 e Cortana. 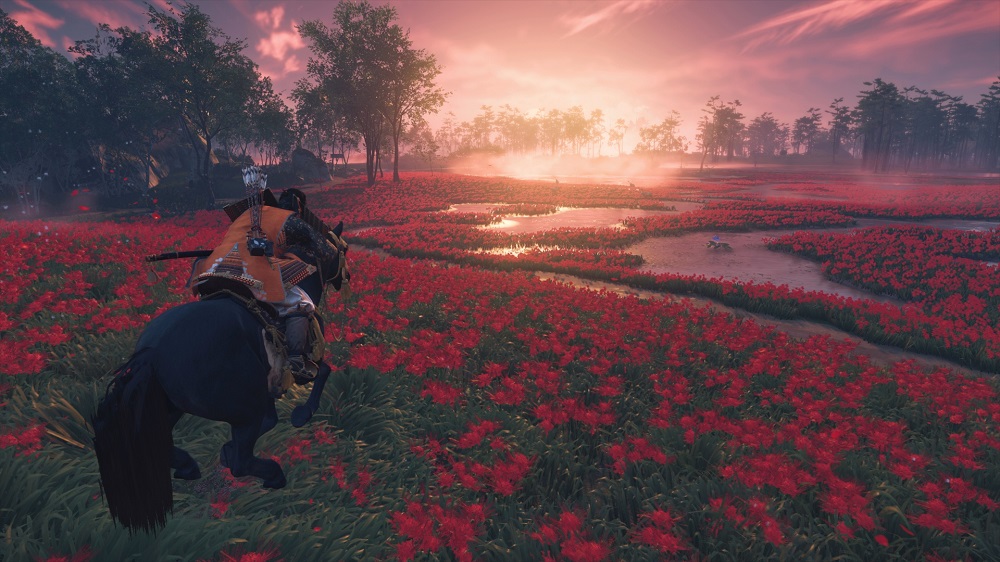 Ghost of Tsushima has literally taken the world by storm and is considered to be one of the best titles in Sucker Punch and 2020, along with The Last of Us. Shortly after the huge success, a film adaptation directed by the director of John Wick was announced, Chad Stahelski. Sucker Punch will instead collaborate as a producer.

At the moment the film it is not yet in production but it certainly has the potential to deliver a visually stunning modern samurai story. The cast of the game shares many physical characteristics with the characters, so it is likely that can resume their role also in the upcoming movie. Plus, with Stahelski directing, fans can expect some incredible action.

Loosely based on the first Mongol invasion of Japan in 1274Ghost of Tsushima tells the story of Jin Sakaiby the Japanese-American actor Daisuke Tsuji. After a disastrous defeat at the hands of the Mongols in which his uncle is captured, Sakai, a samurai, undertakes to liberate the island of Tsushima.

Along the way, he is forced to re-evaluate its moral code as he tries to save his home and inhabitants from the clutches of the Mongols. Ghost of Tsushima was a big hit and sold 6.5 million copies since its debut last summer. Conversations about a potential adaptation of Twisted Metal it was mere chatter until it was confirmed, precisely last year, that a TV series was in the production phase. Later, during CES 2022, Sony confirmed the incredible news again, reiterating that the show is in production.

Deadpool writers, Paul Wernick e Rhett Reese, are currently engaged in the project as producers. Furthermore, a report from last year stated that Anthony Mackie he would play a character called John Doe. At the moment we don’t have much information on the project but we know that it is proceeding. We can’t wait to find out more.

The Cuphead Show! was released just today, February 18, on the streaming platform of Netflix. The show is inspired by the 2017 run-and-gun game. The game was itself inspired by the early 1900s animation of waltdisney e Fleischer Studios.

The creators of the game, Chad e Jared Moldenhauer, they are also the executive producers of the show. According to Netflix, The Cuphead Show! it’s a comic series following the extraordinary misadventures of Cupheadimpulsive but adorable brat, and his brother Mugmanprudent but easily influenced.

The two cover each other’s backs as they explore the surreal Inkwell Islands looking for adventure and fun. Unless there is only one cookie left, in that case each cup thinks of itself. The Cuphead Show! combines nostalgic delights, hilarious gags it’s a healthy dose of chillsespecially when a particularly bizarre nemesis, the Devil in person, comes on stage to play a few tricks on our heroes. In October of 2020 Netflix and Ubisoft have decided to collaborate to make a television series about Assassin ‘Creed. We don’t have much information about the show yet; however, we only know that it will be a live-action series produced by Netflix in partnership with Ubisoft Film & Televisionthe division of the well-known videogame studio dedicated to content for cinema and television.

Creativity is entrusted to Jeb Stuartwhich previously worked on the spin-off of Vikings.

Among the executive producers we find Jason Altman e Danielle Kreinik by Ubisoft Film & Television. We do not know what state the TV series is in at the moment, also thanks to the COVID-19 pandemic which is slowing down most of the shows and films. However we believe that later this year we will receive some more information.

It is true that Netflix is ​​busy with many projects but Ubisoft has stated that this live-action is the priority. And you, what adaptation are you anxiously awaiting?