My Hero Academia is one of the hottest products of the moment. Both the manga and the anime are very acclaimed and in a short time they have managed to create a really huge fanbase. With strong inspirations coming from the work of Masashi Kishimoto, My Hero Academia is set in a world in which powers are innate (or maybe not?) And take the name of Quirk. The protagonist is right Izuku Midoriya: a little boy who, despite the lack of his Quirk, perseveres until he gets it!

The new statue of First 4 Figures, available in four versions, he sees the young Midoriya in one truly spectacular pose and even accompanied by LED lighting!

My Hero Academia: the new figure of Izuku Midoriya is fantastic!

Let’s now pass to the description of the statue, but we warn you that it could contain spoiler!

The statue is inspired by the scene from the anime in which Izuku Midoriya rescues All Might from a falling rock wall during Class 1-A training which is used to develop their finishing moves. It was a pivotal moment in Midoriya’s quest to become a hero because that’s when he realized he didn’t need to emulate everything All Might did despite inheriting One For All from him. All Might was a boxer, and Midoriya thought he must be too even though his arms had been severely damaged from all the training and battles he went through.

Here are all the versions of the statue viewable in the hype video:

The statues can already be pre-ordered through the official Frist4Figures website, accessible by clicking here. And you, will you make one of these versions yours? As always, we invite you to follow the techgameworld.com pages for more news from the nerd world, as well as subscribe to our Telegram channel, where you will find various offers on statues, action figures, Funko Pop! and so on! 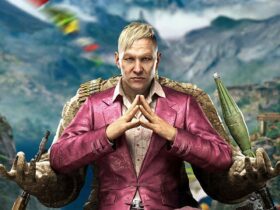 AVM launches FRITZ! Box 6850 with 5G support on the market 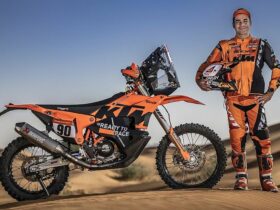 Danilo Petrucci will race the Dakar riding a KTM 450 Rally