In this review we will talk about Nickelodeon All-Star Brawl, the fighting game starring the cartoon characters of the well-known children’s channel

Despite the fact that the first title belonging to this saga dates back to more than ten years ago and that in total seven titles related to it have been published, Nickelodeon All-Star Brawl, which we’ll cover in this review, is the first in the series to be made available for consoles as well. Compared to its predecessors, this game indeed aims to make a breakthrough.

If the previous video games of this franchise were in fact little more than minigames, accessible for free through the Nickelodeon site, this instead wants to be a title capable of rivaling the other fighting games on the market and, in particular, with Super Smash Bros which, in all probability, was one of the reference points of the developers during the making of this All-Star Brawl. Let’s find out together if they have been able to create a product up to the standards of this genre.

Let your fists do the talking

In this paragraph of the review we usually focus onnarrative aspect of the game but, in the case of Nickelodeon All-Star Brawl, that’s not possible. This is because the game does not include any narrative structure and is also rather limited as regards the game modes, which are limited to the free battle (of which there are three types: classic, timed, sport), to a rather meager arcade mode. and online.

The free battle, which allows us to play both against the CPU and against other users locally, does not have any particular unique qualities: it is the classic fast match, whose few variations are determined by the three types in which it can be declined. As already mentioned above, thearcade mode it is rather disappointing and merely proposes a series of one-on-one encounters. Also there online mode, which has the merit of being sufficiently stable, does not shine for the variety of the proposed contents.

To make it a little less hard to digest there is the character roster from which the player can choose. Inside we find some of the most iconic cartoon characters. They are part of this, among others: SpongeBob, the Ninja Turtles Leonardo and Michelangelo and some of the protagonists of Avatar – The Legend of Aang; it is therefore a group made up of characters very different from each other and, in most cases, known and appreciated by the public. 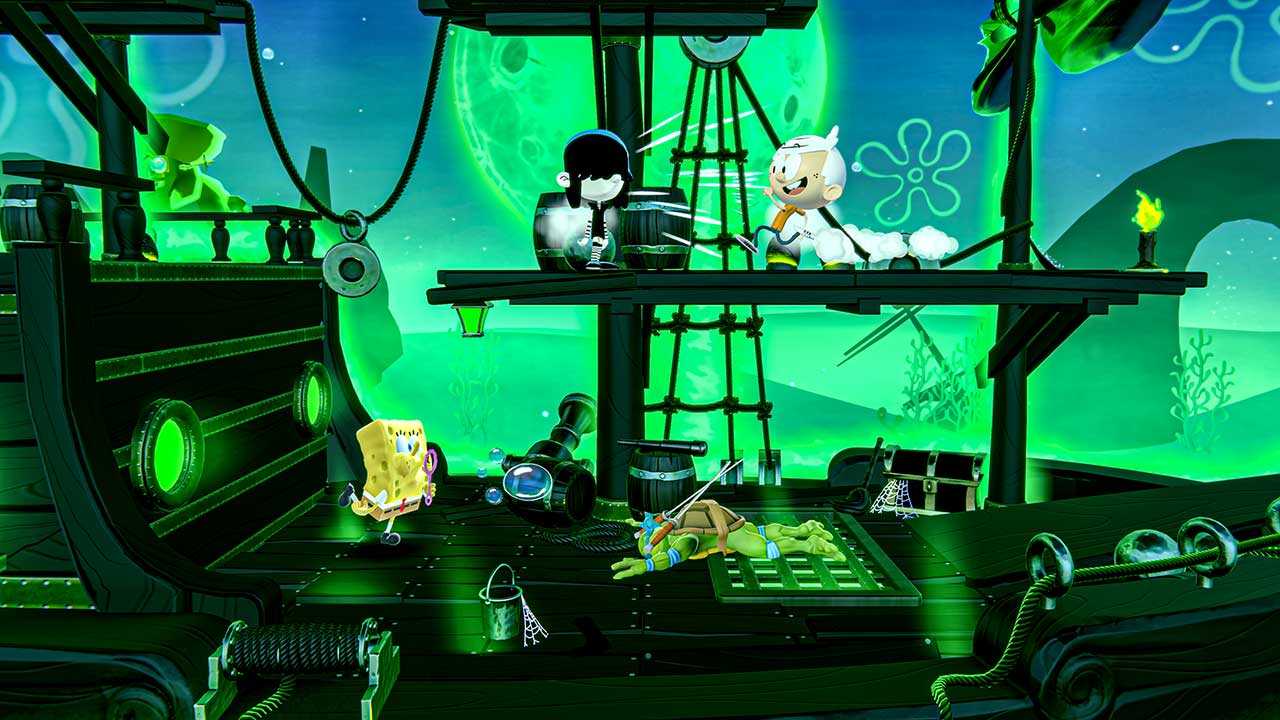 The most striking aspect of this title is certainly the gameplay quality which, despite being evidently inspired by Super Smash Bros Ultimate, owns some characteristics that make it unique. The ones that stand out the most concern the defense, which does not assign a button to the dodge and implements a parade system, the effectiveness of which varies with respect to the timing and positioning in the character map. From the point of view of the attack, the similarities with the Nintendo game are more evident.

What is most surprising about this combat system is his depth. It is based on a series of layered mechanics, which provide multiple functions for most of the moves. Through it, Nickelodeon All-Star Brawl is able to reward players who choose to spend more time perfecting their knowledge of the character. Behind this type of construction is also perceived the willingness of the developers to create a product capable of reward the competition and to give a good amount of hours of gameplay to users.

The pace of the game, that is incredibly fast, it blends well with this fighting style. The general frenzy of the fight makes it even more difficult to be able to gain control over the action; this also means that every single victory is able to be satisfactory, especially if you are trying your hand at an online game, in which you have the opportunity to try your own control of the game mechanics. 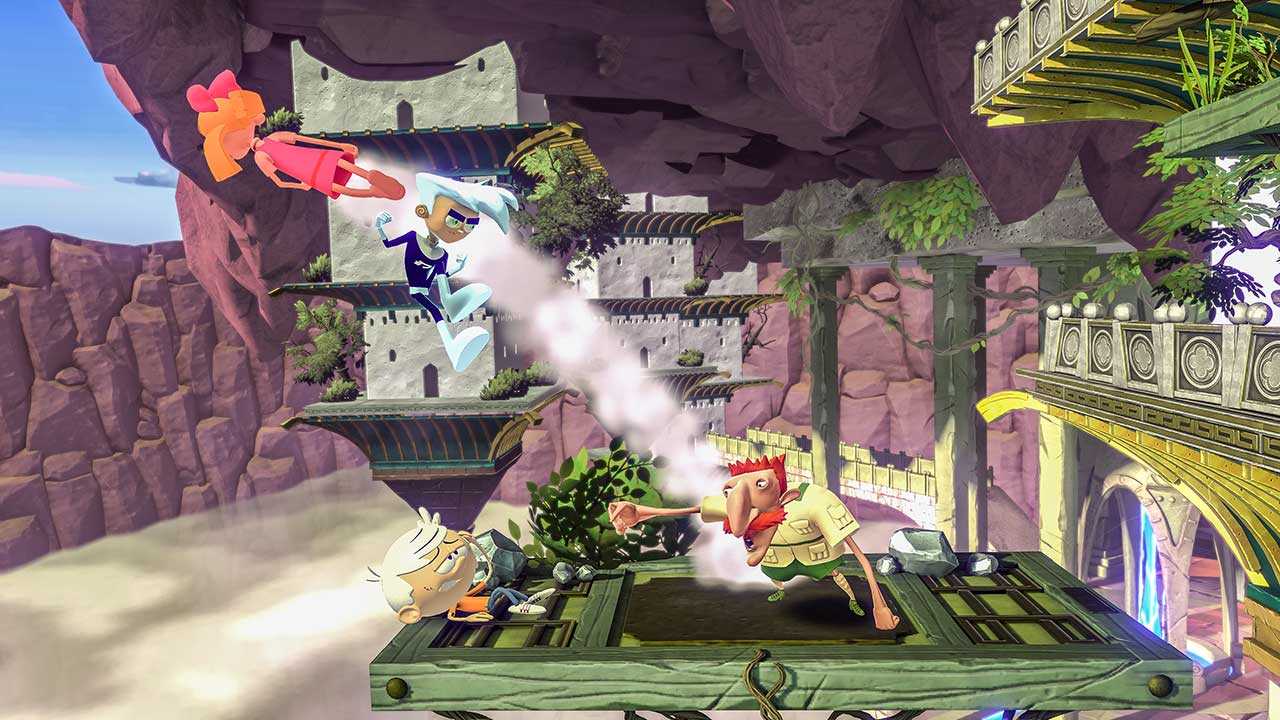 Another aspect that you need to take into consideration for the purposes of this review is the graphics, which in the case of Nickelodeon All-Star Brawl could only be of type cartoonesco. The chosen aesthetic is therefore the correct one and, in fact, contributes to making the gaming experience enjoyable. Less apt is its technical realization: the 3D models of the fighters, although they all have a decent appearance, appear in fact poor from the point of view of the animations.

The same argument is also valid with regard to the level design. The aesthetics of the stages, which refer to the shows the playable characters come from, are perfect as a backdrop for the confrontations. The structure of these levels is rather unattractive and, in some cases, is positioned at limit of plagiarism compared to some of the scenarios present in the aforementioned Smash saga. The choice to search for one’s own personality in this aspect too would have undoubtedly helped. 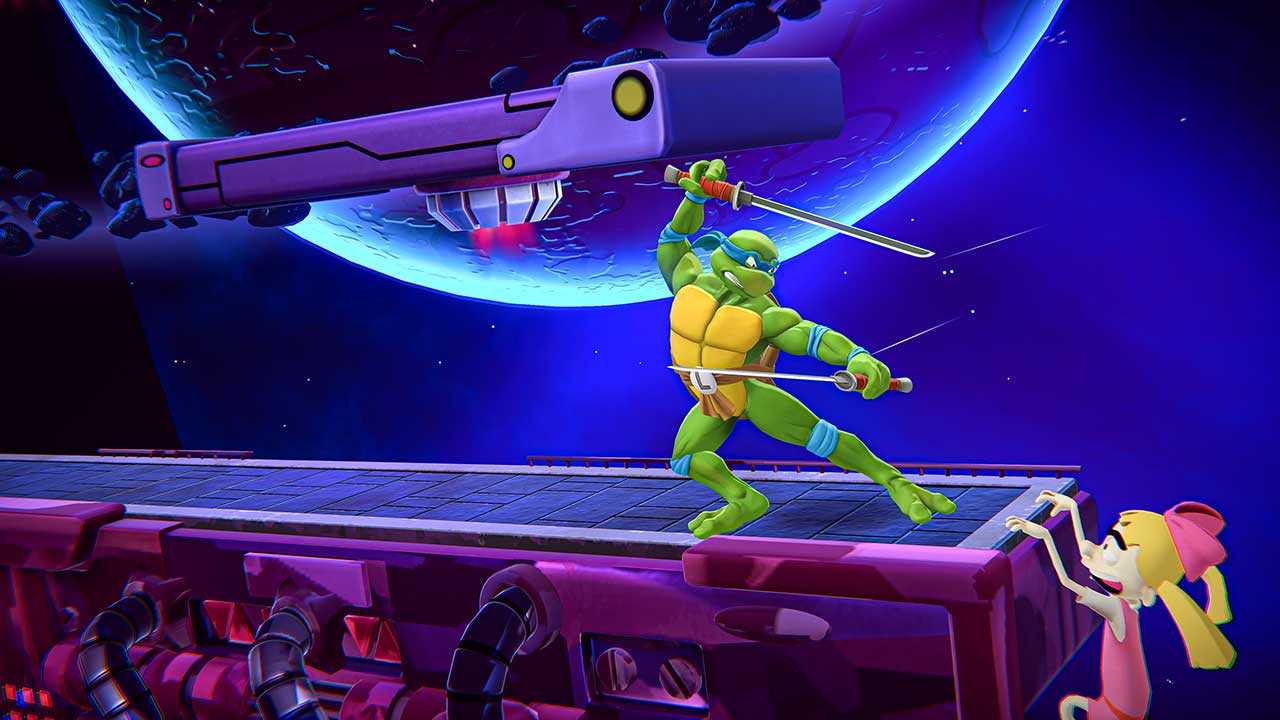 Putting together all the aspects covered in this review, it is quite evident that in the creation of Nickelodeon All-Star Brawl some elements have been treated in detail, while others have been left out. The choice of the development team to focus their attention on the realization of a noteworthy combat system is winning: through it the basis for the construction of a competitive community has been laid. In favor of the title there is also the presence of a roster composed of characters who are well suited to this genre of video game.

However, it has a negative impact on the value of the security poverty of contents, which is reflected primarily in the presence of few game modes. To it is also added the little attention paid to level design, which makes it seem like a more derivative product than it actually is. These are the characteristics that reduce Nickelodeon All-Star Brawl to a pleasant product but, all in all, not particularly noteworthy.

Nickelodeon All-Star Brawl was released on October 5th and is available for PC, PlayStation 4, PlayStation 5, Xbox One, Xbox Series X | S and Nintendo Switch. Continue to follow us on TechGameWorld.com to read reviews, insights and specials dedicated to the best video games of the present and the past. To buy this and many other titles, we suggest you take a look at the vast Instant Gaming catalog.

Pleasant, but nothing more 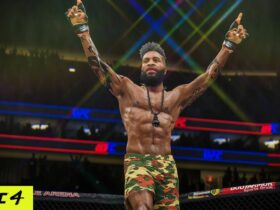 UFC 4: Prime Icons, the update of the legends

State of Play October: We Are OFK is an interactive music video game