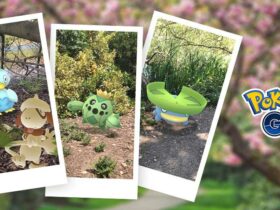 From the last live streaming broadcast by Toylogic, a new trailer dedicated to NieR Replicant ver.1.22474487139 has emerged…, which shows a lot of new content added in this updated version

April 23 is inexorably approaching and the new version of NieR Replicant curated by Toylogic is about to officially see the light. The revisited edition of Yoko Taro’s classic Square Enix has the hard task of making known a title released more than ten years ago, with a reissue halfway between a remastered and a remake. The title, thanks to the success of Nier Automata, has recently entered the gold phase and is certainly one of the most anticipated of this April and the first half of this year, together with Resident Evil Village. And it is strange to think how, until the release of Automata, the Nier were a niche product designed for a few enthusiasts.

In a live stream that took place a few hours ago, in view of the official release of the game, Toylogic showed a new trailer for Replicant. The new movie focuses mainly on the contents added with this new edition, starting with different costumes with which you can dress Nier, the protagonist. There will also be 4 YoRHa costumes based on NieR: Automata’s A2, 9S and 2B. In addition, 15 extra Nightmares dungeons have been added, as DLC from the original game. We leave you the trailer shown right below.

NieR Replicant shows up with a new trailer from the last (?) Live stream before launch

Come back too the voice acting with the actors of Automata, together with his complete soundtrack which will be included with the remastered version. And if that’s not enough, a new story episode called “Mermaid” based on the story of the Little Mermaid has also been added. It seems to have something (or someone) particularly badass as its final boss, although it is not clear if this is the hidden boss mentioned above.

Have you seen the new NieR Replicant trailer shown in what we think is the last live stream before the release? What do you think about it? Write it to us below in the comments, we will continue to keep you updated with all the news on videogame and tech! And if you are interested in game keys at affordable prices, we recommend that you take a look at the InstantGaming catalog!