It is now almost a tradition.
In fact, we have been associating June with WWDC for years and September with the launch of new Apple products.
Yes, “products”. In the plural. iPhone 14 in fact should not be the only news coming. In fact, there is talk of the new Apple Watch, the second generation of the AirPods Pro and even that viewer for mixed reality that has been talked about for some time now.
So let’s try to take stock of the situation and understand what is legitimate to expect from Apple’s September keynote.

iPhone 14 has been the center of attention of the press and fans for weeks now. The rumors and leaks on the new Melafonino are in fact many, so numerous as to allow us to build a fairly reliable portrait of the new Apple smartphone.

First of all they should arrive four models: iPhone 14, iPhone 14 Max, iPhone 14 Pro and iPhone 14 Pro Max. No Mini this year but two 6.1-inch versionsi – 14 and 14 Pro – and two 6.7-inch – he 14 Max and he 14 Pro Max.
The design should be very similar to that of the current Cupertino top of the range, with flat edges, rounded corners and the slightly protruding photographic compartment. However, there is talk of a change of materials, with the frame which could be in titanium alloy instead of the steel and aluminum used now.
The most noticeable change should only concern the Pro models, with the notch (the notch) that leaves room for a small hole and a pill, which will house the front camera and the sensors needed for FaceID.

Coming also l’always-on display, although we will probably only see it on the iPhone 14 Pro and iPhone 14 Pro Max, which otherwise should be mounted the new A16 Bionic processorleaving the “old” A15 Bionic to the younger brothers. 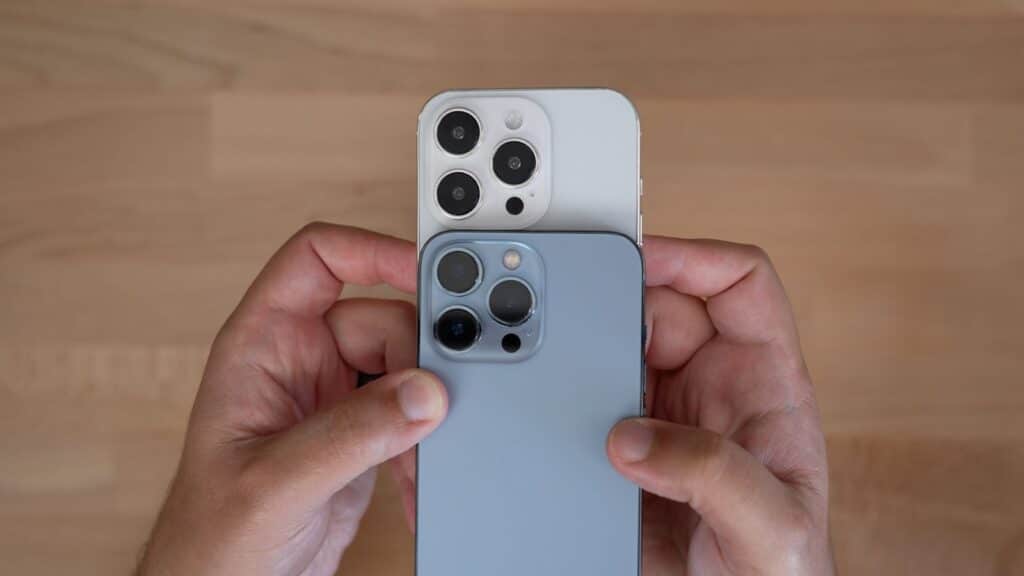 The camera should also have been revamped: talk of a 48 megapixel sensor for Pro models and an improved ultra-wide-angle camera on all four devices.

Small news also on the color front. The rumors include black, white, blue, red, green and lilac for the iPhone 14 and 14 Max while the two Pros should arrive in graphite, gold, silver, green and lilac variants.

The price? Of course still unknown. To find out we should wait for the Apple keynote in September but there is talk of a general price increase of about € 100 for each device.

Not one but three Apple Watches?

Will the Apple Watches become three? So it would seem.
Alongside the standard version – which this year should be Apple Watch 8 – and the SE – which should reach its second version – the new Apple Watch Pro could arrive.
But let’s go in order.

Apple Watch 8 could debut in September with the same design of its predecessor, except perhaps for the display which may be totally flat and slightly larger. On board we expect to find Apple’s S8 processora new body temperature sensor and a range of features ranging from car accident detection to possible sleep apnea monitoring. 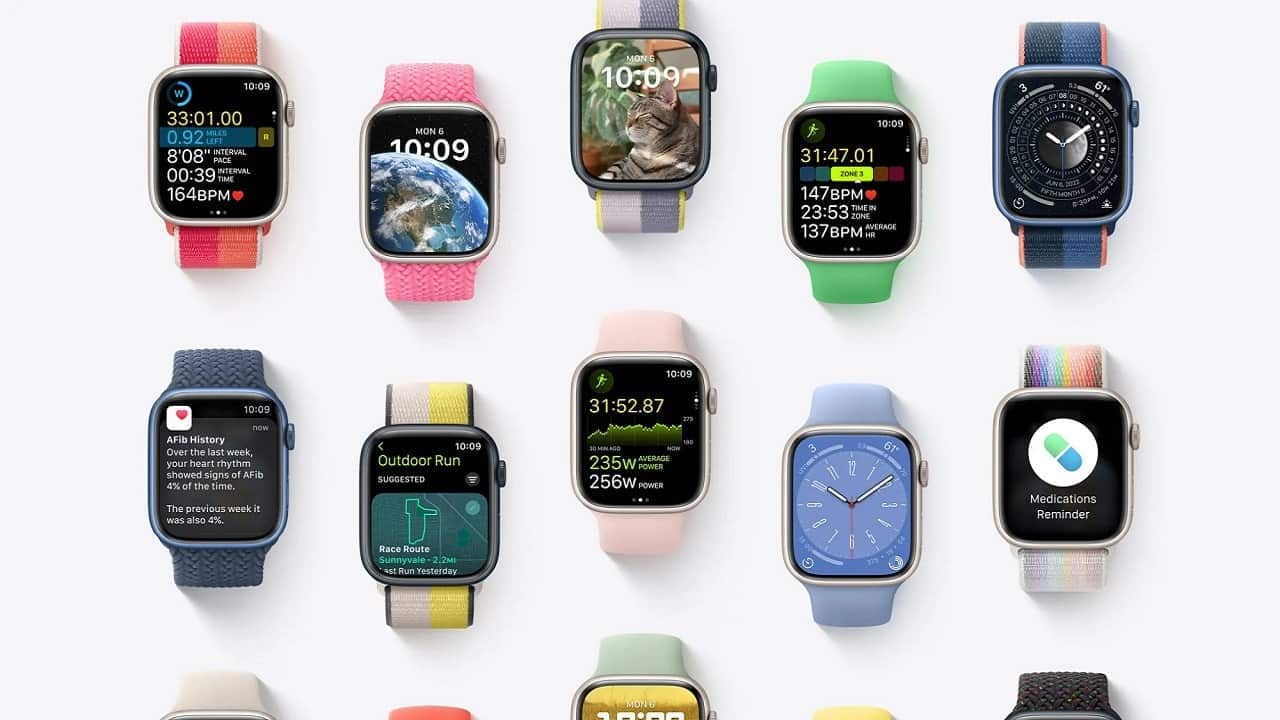 Of Apple Watch SE 2 we know very little. It is supposed to adopt the same chip as Watch 8, flanked perhaps by a few more sensors than the model launched by Apple in 2020, but nothing more. In general, analysts assume it is a small update of the variant already on the market. The real news should be Apple Watch Pro. What could change compared to Watch 8? First of all the design, with some small differences compared to the traditional modeland the materials, with a new titanium alloy designed to make the smartwatch even more resistant. The dimensions should then grow, rising above 45 mm of the current Watch 7: Bloomberg speaks of a screen 7% larger than the current Cupertino smart watch, with a resolution of 410 × 502 pixels against the 369 × 484 pixels of the version on the market.
Autonomy could also increase while sensors and chips should be the same as Apple Watch 8.

There should also be the AirPods Pro 2.
There seems to be some uncertainty about the design. The first rumors in fact spoke of a total renewal, designed to make them more similar to the Beats Fit Pro released last year, therefore with the absence of the usual gambettina and the introduction of a new case. A more recent leak, however, seems to disprove this aesthetic revolution, with the AirPods Pro 2 that it should be instead very similar to the previous model. On board we should find the Bluetooth 5.2 and support for the codec LC3elements that should guarantee great stability of the signal e better audio quality. There are also rumors of some new features linked to the health and well-being of consumers, with the possible monitoring of respiratory rate but for now there are no confirmations.

There is no information even on the price but even for them an increase is expected compared to the previous generation. 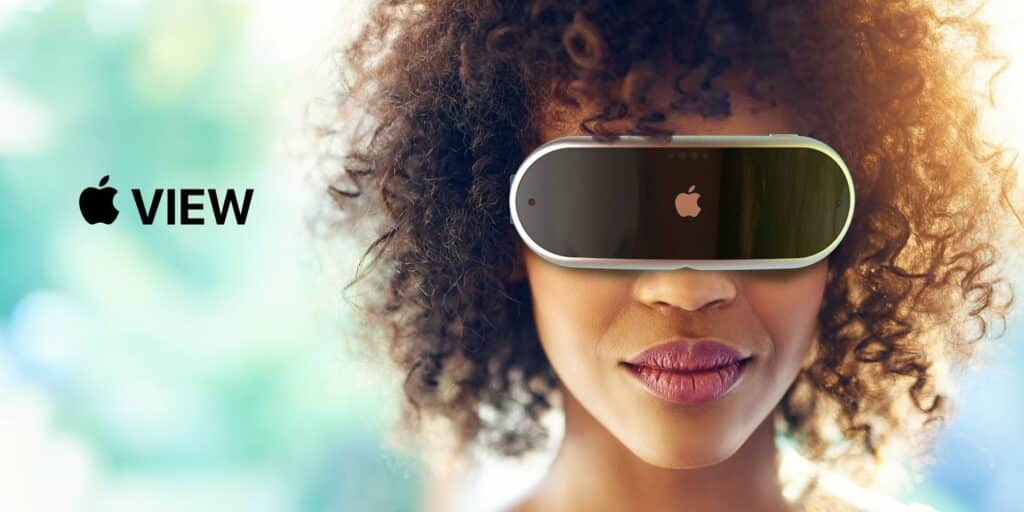 “One more thing“.
Steve Jobs used to end his keynotes like this, unveiling one last news before closing the Apple conference.
This year the “one more thing” of the Apple could be the much talked about visore per la mixed reality. However, it should not be the actual launch, scheduled for the end of 2022. Tim Cook could simply show a teaser of the product, just to tickle the palate of fans. To find out, however, we should wait at least another month.

What do you expect from Apple’s September keynote?