A few days have passed since the official presentation of the new graphics cards NVIDIA RTX 3090, NVIDIA RTX 3080, NVIDIA RTX 3070 based on Ampere architecture and perhaps the time has come to think locally to understand what are the most important aspects of the new generation.

This generation of video cards was designed to play in 4K without limits and go even further. NVIDIA RTX 3070 in fact it will allow you to play easily in 4K 30p in all games, achieving higher frame rates in less demanding games or otherwise giving up on details. NVIDIA RTX 3080 instead it was designed to guarantee 4K 60p in all game conditions, even with AAA titles. Finally we have NVIDIA RTX 3090 designed for 4K at high frame rates, useful for competitive gamers or a principle of 8K. The leap over the previous generation is really noticeable, NVIDIA CEO Jen-Hsun Huang claims that the performance per watt compared to the Turing architecture has increased by 90%. But how have these exciting results been achieved? 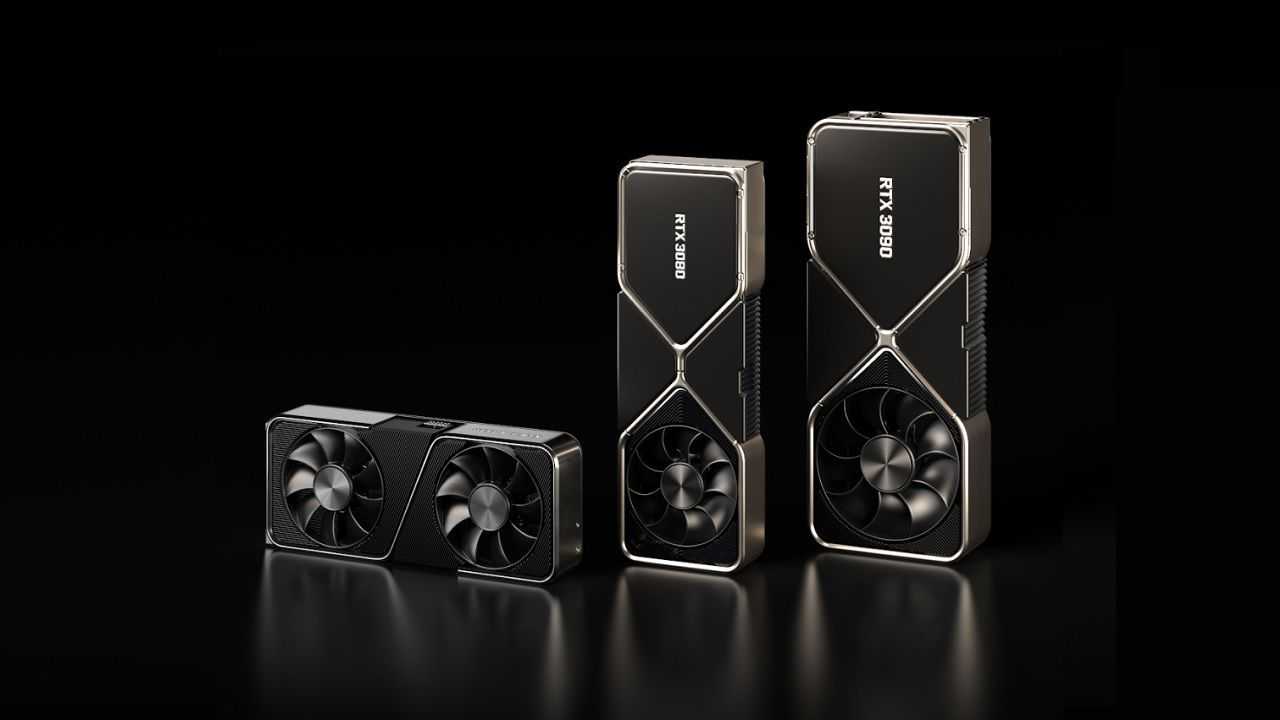 The hardware has certainly improved a lot. We have the 8nm in Samsung which increased the density and efficiency of the transistors. In addition, the new Ampere architecture has completely revised the Multiprocessor (SM) streaming with approximately 2.7x performance increase, RT cores (2nd gen) 1.7x and Tensor cores (3rd gen) 2.7x. In particular, the floating point performance has been greatly improved, which according to NVIDIA is increasingly popular in video games, and the cache has also seen an improvement in terms of quantity (+ 33%) and bandwidth (+ 100% approximately). As for RT cores, NVIDIA has been working on Turing bottlenecks such as triangles, greatly improving performance. Tensor Cores, on the other hand, benefit from the ability to work optimally with sparse matrices. Turning to performance in the field, Turing took an average of 20 ms to render a frame with shading and ray tracing, while Ampere halves the time with about 11 ms. A similar argument also applies if DLSS is used. On paper, therefore, the new NVIDIA RTX 3090, NVIDIA RTX 3080, NVIDIA RTX 3070 should double the performance compared to the previous architecture. 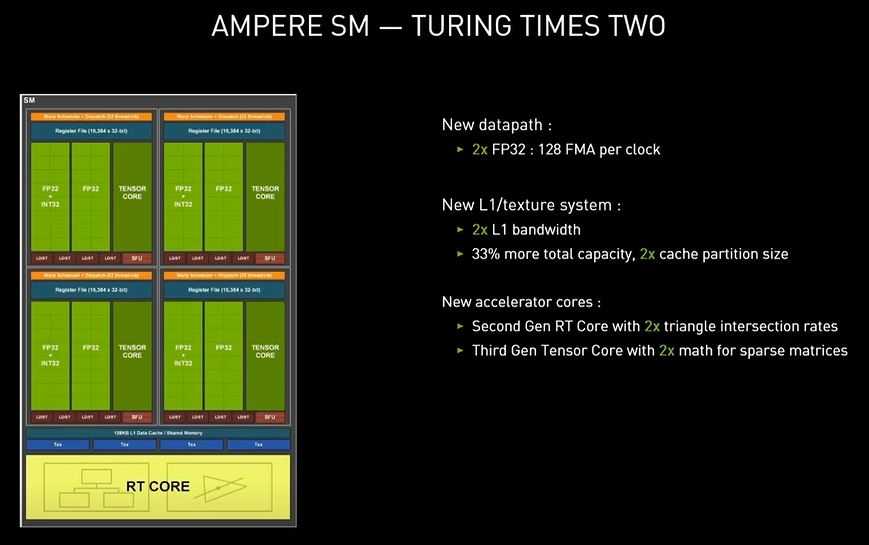 All this computational power, however, has negative implications: these graphics cards are huge, larger than any other in the past. The measurements given in the specifications can give you an idea of ​​the size of these monsters, they will be bigger than the motherboard in practice. NVIDIA RTX 3080 and NVIDIA RTX 3070 will require 2 free slots, while NVIDIA RTX 3090 even 3. Make sure you have enough roomy cases. In addition, we will go to levels of (electrical) power never seen before and for this reason the new connector for 12-pin power supply. It won’t be a big deal: the adapters already exist (included in the Founder Edition box) and many manufacturers are still using 2 8-pin connectors as in the past. 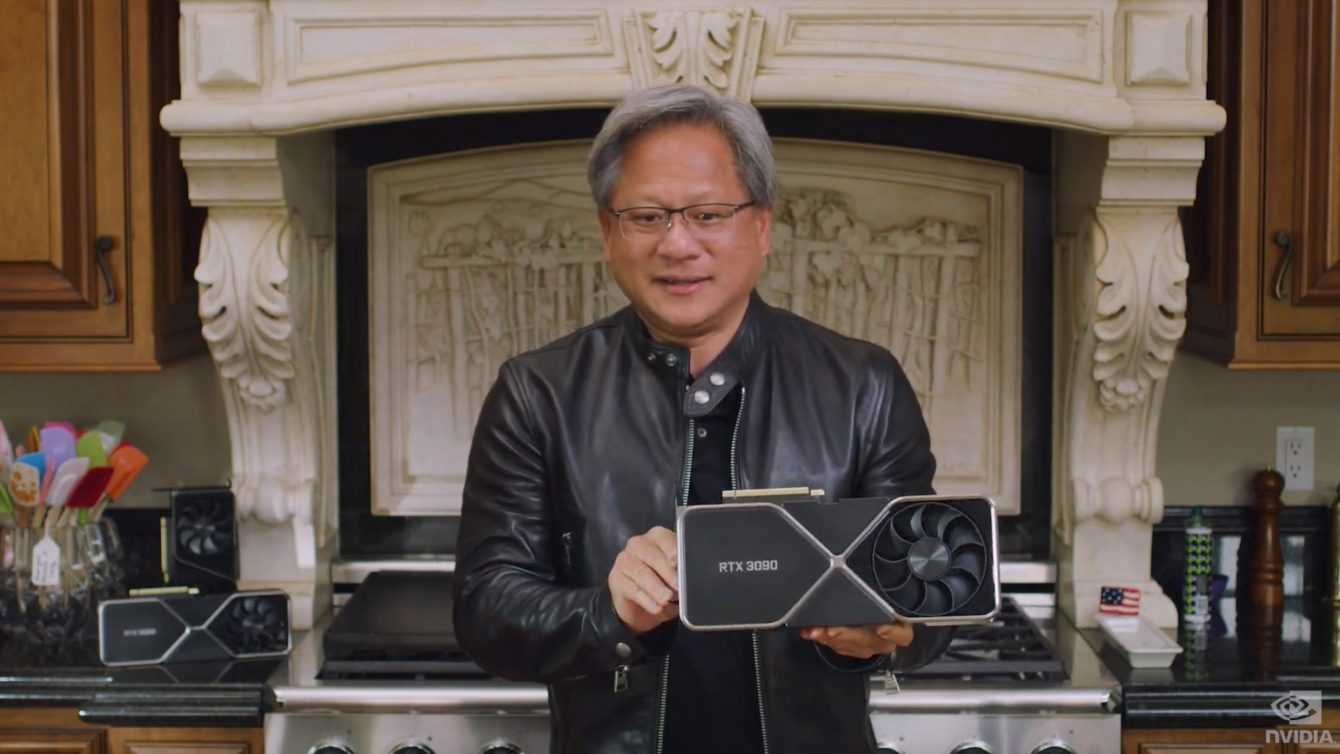 Power surges also required one graphics card cooling system redesign. In the Founder Edition NVIDIA offers the so-called “push-pull” axial fan system. Basically two fans are used to cool the components in addition to a huge hybrid vapor chamber heatpipe. In reality, the cooling system is larger than the PCB itself and it is it that represents the largest footprint. The idea is to take advantage of the airflow inside the houses which traditionally suck in cold air from the lower front and eliminate hot air from the upper upper part. The two axial fans draw cold air from below and pass it through the cooling system; once heated, the air is expelled from above where it will be captured by the rear fan of the PC.

But under the shell of the new graphics cards there is not only brute force, but also “intelligence” which translates into many innovative technologies useful for improving the gaming experience and beyond. For example, a new Video Codec SDK 10.0 for video conversion and a hardware acceleration that enables the decoding of the AV1 codec especially useful for high resolution content such as 8K HDR. Another novelty is theHDMI 2.1 which enables new gaming possibilities such as 4K at 60Hz or 4K at 120Hz (with 12-bit HDR support) and other technologies such as Auto Low Latency Mode (ALLM), Enhanced Audio Return Channel (eARC), Quick Frame Transport (QFT), Quick Media Switching (QMS), Variable Refresh Rate (VRR). The new cards are also compatible with PCIe 4.0 (and backward compatible with PCIe 3.0 with very little performance loss). 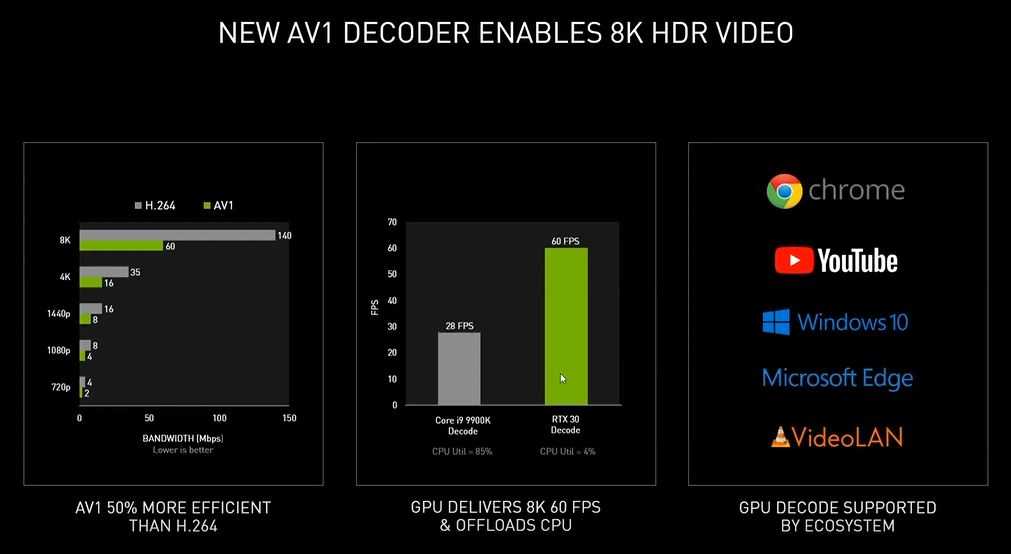 Ma one of the most interesting news is certainly RTX IO. This technology, similar to what we will see in next-gen consoles, allows the GPU to take advantage of the speed of SSDs much more efficiently. In short, the data before being saved in the mass memory are normally compressed to avoid waste and codes are applied to correct the error. In the past, the CPU had to take care of decompressing and decoding the data before passing it to the GPU which loaded it into VRAM. With NVIDIA RTX IO, thanks also to the collaboration with Microsfot, this is no longer the case: the data is completely managed by the GPU which interfaces directly with the mass memory, avoiding the bottleneck from the CPU. Another interesting novelty is NVIDIA REFLEX. With hardware that supports the technology, latencies can be minimized to take full advantage of the new 360 Hz monitors with G-Sync. On the other hand, you will lose the opportunity to do the SLI.

We find then NVIDIA Broadcast, a new collection of tools that use the power of GPUs to improve audio clarity by filtering out background noises, monitoring movement to keep your face locked in the center of video broadcasts. And then we find DLSS 2.0 (deep learning super sampling) which improves over the previous generation. This is a very useful idea because it allows you to render the game at a lower resolution and then scale it using machine learning, with surprising results:

DLSS is powered by NVIDIA RTX Tensor Core. By tapping into a deep learning neural network, DLSS is able to combine anti-aliasing, feature enhancement, image clarity and display scaling that traditional anti-aliasing solutions cannot. With this approach, DLSS delivers up to 2x the performance with image quality comparable to native full resolution rendering.

Many had complained that the previous generation of high-end graphics cards used useless technologies such as ray tracing which were taking power away and driving up prices. This is because there were actually not many games that supported these technologies. But the wind is about to change, many games already announced will support NVIDIA’s ray tracing and DLSS and others already on the market will receive updates. So the ecosystem that revolves around new ideas is consolidating and will be a pleasure for the eye.

Basically the new NVIDIA RTX 3090, NVIDIA RTX 3080, NVIDIA RTX 3070 make millions of gamers dream, also because the value for money appears much higher than the previous generation. Furthermore AMD has not yet played its cards at the high end and there is no concrete response to technologies like ray tracing, DLSS or RTX IO. For now, NVIDIA has consolidated its technological and economic leadership even further and this is certain. From the hardware section that’s all! Keep following us for many other news and insights. 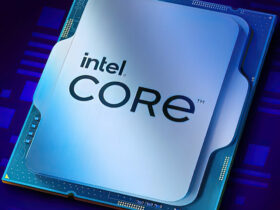 Why choose QSFPTEK as your 10G SFP + supplier 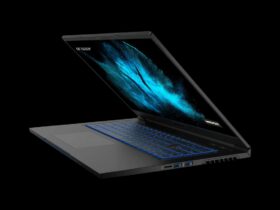