Over the past few weeks, we’ve been enjoying a steady stream of leaks and rumors about the next one OnePlus 10 Pro, to the point that by now we have quite clear ideas about its design. New rumors have now focused on the charging speed of OnePlus 10 Pro, which may be one of the fastest reloading in the company. Let’s take a look at everything we know for now

OnePlus has developed something of a reputation for its fast-charging phones, as a result many were curious to see what kind of improvements might apply in the future. The previous model, the 9 Pro, had 65W fast charging and 50W wireless charging. The latest leak reported by Digital Chat Station on Weibo claims that the 10 Pro will bolster its charging to 80W but will keep wireless charging at 50 W, still considered the top of the range for the wireless version.

For the rest, the post reinforces what has already been rumored in the previous leaks. This included some interesting camera details, which should upgrade to a 32MP front (compared to the 9 Pro’s 16MP). The main, wide-angle and telephoto rear cameras should also offer the same 48 MP, 50 MP and 8 MP resolutions as the last generation, according to what has emerged.

There are still no confirmations from OnePlus regarding the release date of the device, but if we want to give rise to the opinion of sector analysts, the Chinese company should publish OnePlus 10 Pro between January and February in China, while the rest of the world will have to wait for March and April.

In any case, we just have to wait for official releases to get a more complete picture of the situation.

Chuwi HiPad Pro review: a tablet to be discovered 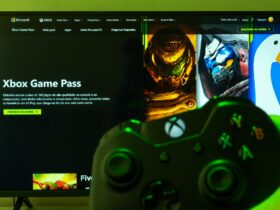 Xbox Game Pass: The titles that will be removed in mid-January

Total War: Warhammer 3, Grand Cathay will be unveiled in September