Battlefield 2042 is a titleor from the potentially immense, it is undeniable, but the results, to date, are not those desired and we will talk about them in the our review. After having had a taste of it in the beta, after having spent a few hours in the preview and after having tested it for a week in the “pre-launch preview”, we are ready to give our opinion. We are aware that the title will still be patched and, we hope, but the road is still long. The DICE / EA FPS has undergone many changes compared to the past, over time it has evolved and brought to light changes that, perhaps, are not appreciated by everyone. Regardless of gameplay mutation choices, however, many basic questions remain: have we taken a step back? Without further preconditions, therefore, let’s get to the heart of our Battlefield 2042 review to analyze and dissect our thinking.

Battlefield 2042 is a big question mark: if on the one hand we have a huge potential, on the other we have, for the moment, one decidedly limited realization. The first thing we noticed during our review is the absence of modality. The title, in fact, has three large macro sections: All Out Warfare, Hazard Zone e Portal. The first two are what, personally I would define “official” EA / DICE, as they are completely managed by the software house, while the third is a more unofficial section. The servers, in fact, substantially depend on the choices of the community.

The first big problem of the title, therefore, is the absence of all the more classic modes of the series. All Out Warfare, in fact, is one immense mode limited to 128 players (64 for the old gen). This means, whether you choose the Conquest, whether you choose Breakthrough, you will have to, by force, enter a huge map inhabited by 128 players. There are currently no modes with fewer players. This with the exception of Portal which, however, bears in mind its particular limitations, which we will discuss later in detail. So, if the maps have been resized and also designed for 64 players, to allow the old gen to play, why not insert the possibility to choose them also on the next gen?

Playing games on such a large scale is a step forward and, certainly, one real evolution for Battlefield 2042, but on the other side, takes away a big chunk of fun even to those who would have appreciated a more standard gameplay and in line with the old chapters of the series. The maps, in fact, they are very large and dispersive and it’s really hard to make a difference. A team of four players, even if well organized, will never be able to do anything against an opposing army. Not to mention that, playing with more than four people on the same server is virtually impossible.

Is not having Battlelog anymore really a step forward?

We have struggled so hard not to have the Battlelog anymore which, in fact, gave many problems in the past in accessing the matches. Very often it crashed, sometimes it conflicted with the anticheat program, other times it just crashed. For the previous chapters, the solution was to adopt a server browser system directly in game. Not going through the web, in fact, could have been an optimal solution, both in terms of time savings and in terms of functionality. The problem now? There are no more servers for those that, just now, we have labeled for official methods. So how does it work now? We simply enter All Out Warfare, select Conquest or Breakthrough and start matchmaking.

The game it will get us into a game, 90% of the time already started and we will start playing. At the end of the same, however, we will not continue with a classic rotation of the maps. Each player will be kicked out from the server and the game will create or search for another game for us to play in and so on. This makes it really difficult to play with more than four people, but also to try out all the maps. It happened to play the same map in succession for four games in a row, without any logic.

Another point on which Battlefield 2042 takes a big step back from the past is the impossibility of managing the teams in the game. Initially, in fact, we thought that it was only a problem of the beta, instead, it is a problem that afflicts the entire chapter. Once in the game, in fact, it is impossible to move from one team to another with the full freedom we had before and this makes it even more difficult to try to create groups of more than four people (i.e. the physical limit of the team). You can’t create a new team and you can’t change teams either. 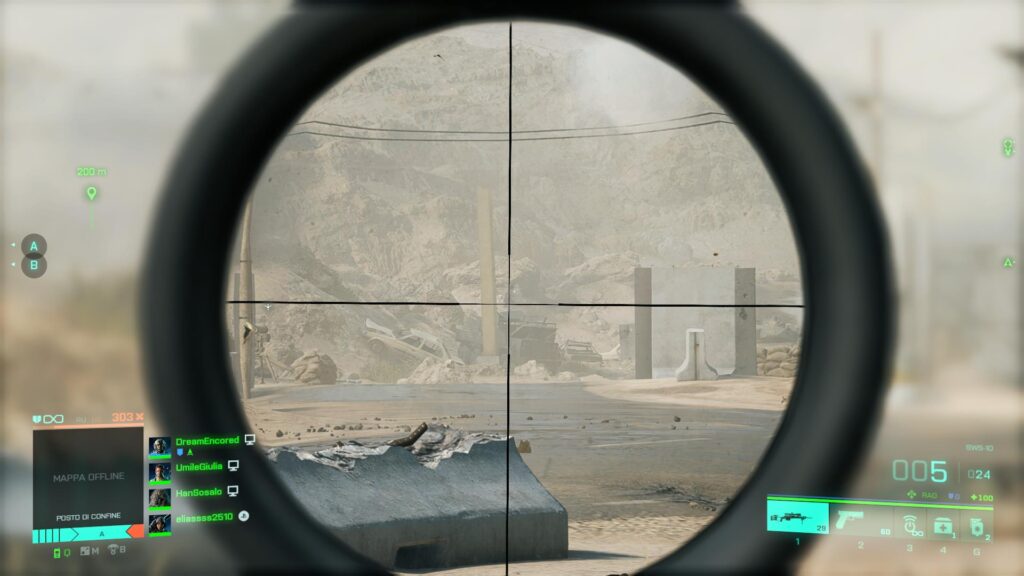 In Battlefield 2042, what you do is no longer important

A detail that we noticed during the course of the our Battlefield 2042 review is the absence of a leaderboard in game. By pressing the classic Tab (this in the PC version of course), we no longer have the scoreboard of the players. At the moment we can only see some of our statistics, also exposed in a bit particular way, but we can no longer see what our team mates are up to. Not only is it no longer possible to see their K / D, but neither is the score in play, which, personally, I find absolutely unreal.

The main problem, in fact, is that, by doing so, not only will people no longer play for kills (which certainly for some modes is good), but he won’t even play for the goal anymore, which is essential for a Battlefield. No one will aim at revive, conquering the flag or defending it anymore. More than ever, eliminating the in-game leaderboard will have more disadvantages than advantages. 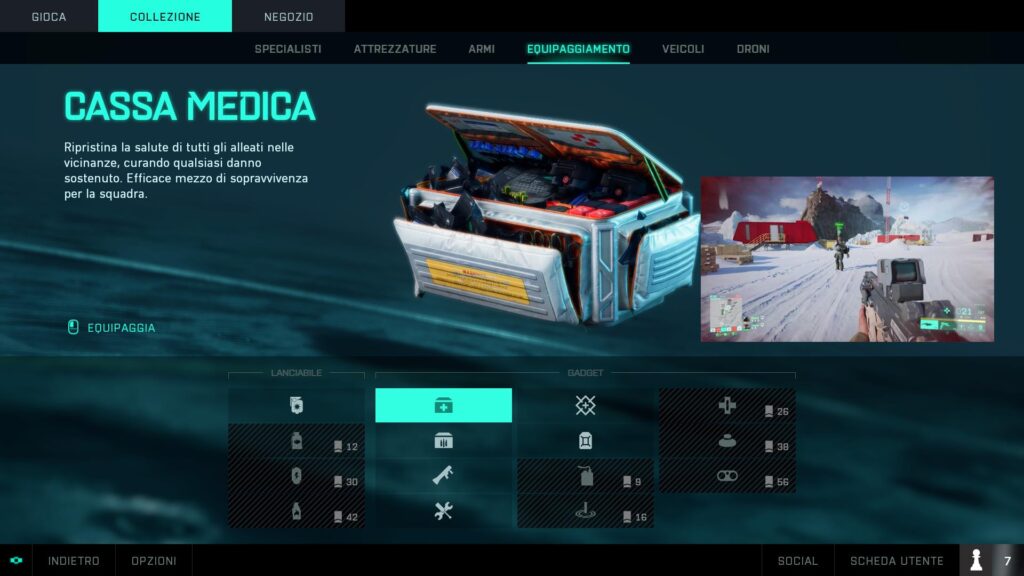 Do we have any positive notes? Of course, Portal is magnificent …

A of the most beautiful “modes” tried during our review of Battlefield 2042 is definitely Portal. This is a particular section where it is possible to have the gaming experience that we want. This is, in fact, the biggest introduction seen that really brings us back to past glory. Not only because we find the remastered of the maps belonging to Battlefield 3, BC2, etc, but precisely for the concept with which it is structured, but we start from the basics.

Thanks to an external editor, we have the possibility to create, without having to pay anything, a server to our liking. We can insert bots, or eliminate them completely. We can choose the map, one any map from Battlefield 2042, Battlefield 3, BC2, or Battlefield 1942. In addition to this, we also have the opportunity to choose the mode we prefer, among Conquest, Big Conquest, Deathmatch, Race and Free-for-All. You can choose the maximum number of users and also whether to play with the new specialists or with the old “operators”. We also have the possibility to modify the game rules to reproduce, if we want, a Hardcore mode. Finally, it is possible to manage weapons, limit their number, remove some, as well as gadgets.

It reminds us a little of those times when we could rent a server and set it up as we liked. This is truly Battlefield, full freedom of play. The real essence of the title, in our opinion, is precisely this. Here, among other things, we find the server list again and we can, finally, play with our community or with our clan and make a difference. What’s the problem? General management. 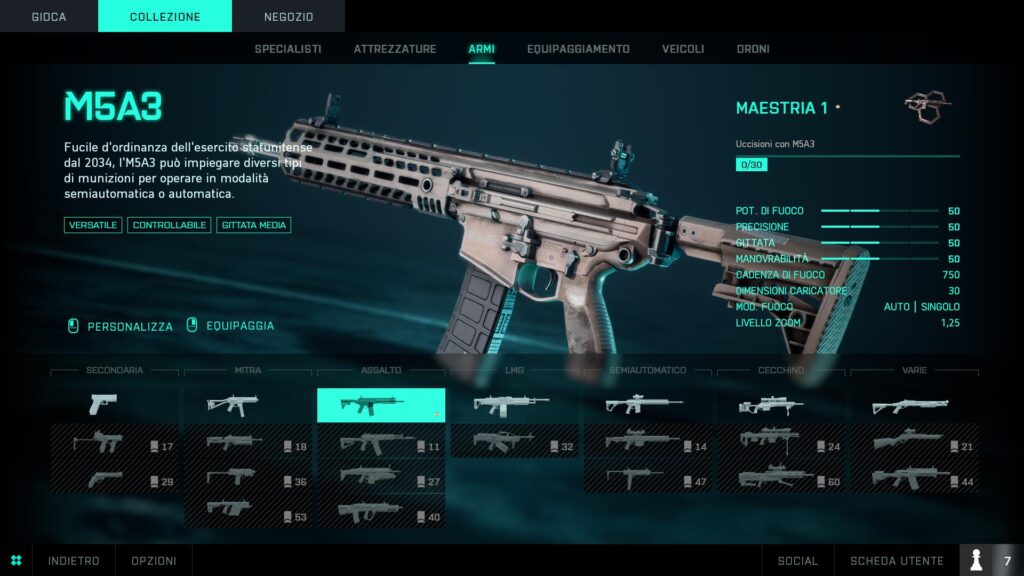 … But that’s not enough

If on paper, in fact, Portal proves the best part of the chapter, in practice we have some problems and limitations. The first is, of course, the server management. These, in fact, are made, created and managed by the community and, therefore, if no one creates the server, it will be difficult to enjoy the desired experience. Can we make it ourselves? Of course, as mentioned it is a completely free editor, even if, at the moment it suffers from some problems. Sometimes, in fact, we can’t start one because too many have been created and, sometimes, although we were in the game, others couldn’t enter. Net of these imperfections, however, it is certainly enjoyable. The only real lack is related to the experience and breakouts factor which does not work like the “official” modes.

It almost feels like playing on the old “unranked” servers where we didn’t undergo K / D variations, but didn’t develop experience either. Probably this happens because, if you want, you can play with only 1% life bots, effectively changing the real statistics a lot. Perhaps, however, in the future we will see “Vanilla” servers managed and regulated by EA and this detail could change and turn around.

How do you shoot in Battlefield 2042?

We conclude our Battlefield 2042 review with our impression of weapons and gunplay. From the point of view of the number, as we already knew, we don’t have too much choice. The weapons are quite small compared to the previous chapters, but we are sure that, in the course of the development and the life of the game, many more will be released. The real problem that afflicts weapons is related to the spread; this, in fact, is particularly randomico and, in medium-long distance clashes, it is a source of great frustration. Let’s combine it with a bad hit reg et voilà, here are some moments that are literally impossible to play. There have been situations where, even shooting in the chest, the server did not register a single shot.

Part of this problem is server related. In fact, during the early stages of our review, we did not encounter any major problems. During the early stages of “limited” testing, the servers performed significantly better. A few days after the release of the playable preview with some editions of the title, however, things have changed a lot. In-game performance has deteriorated and we have experienced really complicated situations.

We also don’t want to go too far into performance. Battlefield has never been an optimization master. I still remember the need to completely change the computer with the launch of Battlefield 1 and, even this chapter is not exactly an exception. What seems to be happening, however, is that, this time around, the more powerful hardware is more limited. We played with a i7 8700K and an RTX 2060 Super and, with low details, we were able to play more or less smoothly. Some of our comrades, however, with decidedly superior components, have not seen …

Resident Evil Village: where to go after defeating Lady Dimitrescu

Futura: the world of jazz in the new film by Lamberto Sanfelice

New Pokémon Snap: how to get four stars with Pichu