Let’s go to the discovery of the planet Enoch thanks to the Outriders review, the new looter shooter signed by the guys of People Can Fly

In a somewhat sleepy 2021 in terms of full-bodied new videogame releases, it is not surprising how the attention towards Outriders was definitely high. The work of People Can Fly, developed in collaboration with Square Enix, in fact, can undoubtedly be considered as the major release of this beginning of the year, also thanks to the surprise inclusion (since day one), within the Xbox Game Pass.

The one in question is certainly the most ambitious project of the Polish team, which after having amused us too many years ago with the chaotic Bulletstorm, is ready to put all her knowledge in the action field on the plate in one substantial looter shooter: but will the promises have been kept in their entirety? Let’s find out together in the our Outriders review.

In an unspecified future, the Earth is, as usual, on the verge of destruction, weakened by endless wars, climate change and devastating earthquakes that are becoming more and more frequent. Here, then, the only hope for mankind is translated into remote planet Enoch, a celestial body that promises to be the ideal landing place for a mass migration. After a journey that lasted years, thespaceship Flowers manages to reach Enoch’s orbit, and to send a team of explorers to the surface, led by the Outriders, a group within which the brightest minds of mankind are enlisted, and of which we are obviously a part.

In video games as in life, however, not everything can always go the right way, and what was a simple reconnaissance sortie soon turns into a death trap, when a mysterious storm begins to unleash inside the area designated to host the first settlement. A few minutes are enough to precipitate the situation, with the mission that is irremediably compromised and our avatar who finds himself immersed in a cryogenic sleep, from which he will wake up after 30, very long years.

When he wakes up he will discover how heavenly (albeit not too much) Enoch has fallen into chaos, upset by a war that pits the exiles of the Earth against each other. Aroused abruptly, only to be kidnapped by one of the two warring factions, we will find ourselves abandoned in the middle of the battlefield, to end up enveloped by the aforementioned anomaly, which instead of killing us will give us incredible powers, transforming us into what the new Enoch people define how Mutation. 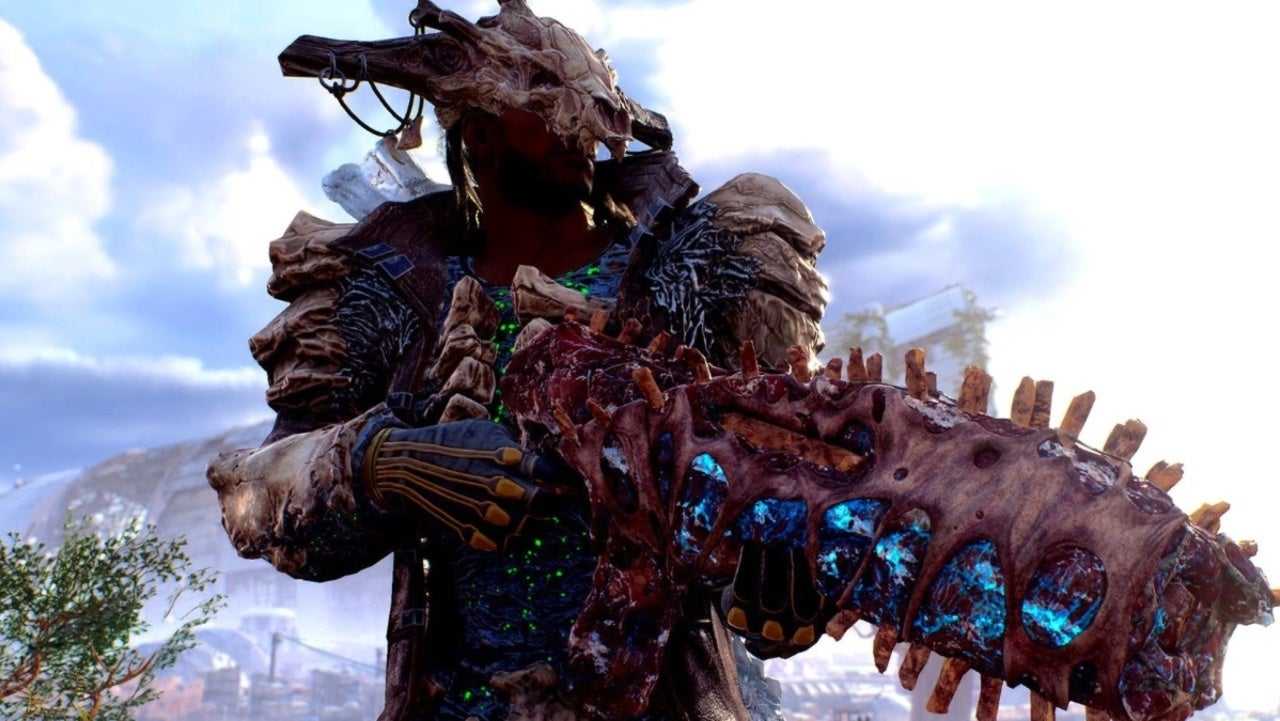 Thus began the substantial campaign of Outriders, which we had already had the opportunity to meet thanks to the demo released just a few weeks ago: an adventure that, unlike the other looter shooters, turned out to be really substantial (let’s talk about 20 hours to reach the end credits), as well as rich in some interesting ideas, but which pays the price for a narrative that is not always effective and convincing. Writing the title People Can Fly, in fact, he lives constantly in the balance between highs and lows, alternating one definitely well structured lore and enriched by numerous collectibles scattered around the game maps, which, however, are opposed by too sketchy cutscenes and the script is not always spot on.

Which is really a shame, given that despite some clichés and a couple of slips at the end, the plot set up by the Polish team manages to intrigue properly, as well as push the player to go ahead to see what will happen. . This dualism between successful and mediocre, unfortunately, it is a constant of the title, which for every aspect of the production ends up contrasting good things with other decidedly revisable ones. But let’s go in order … 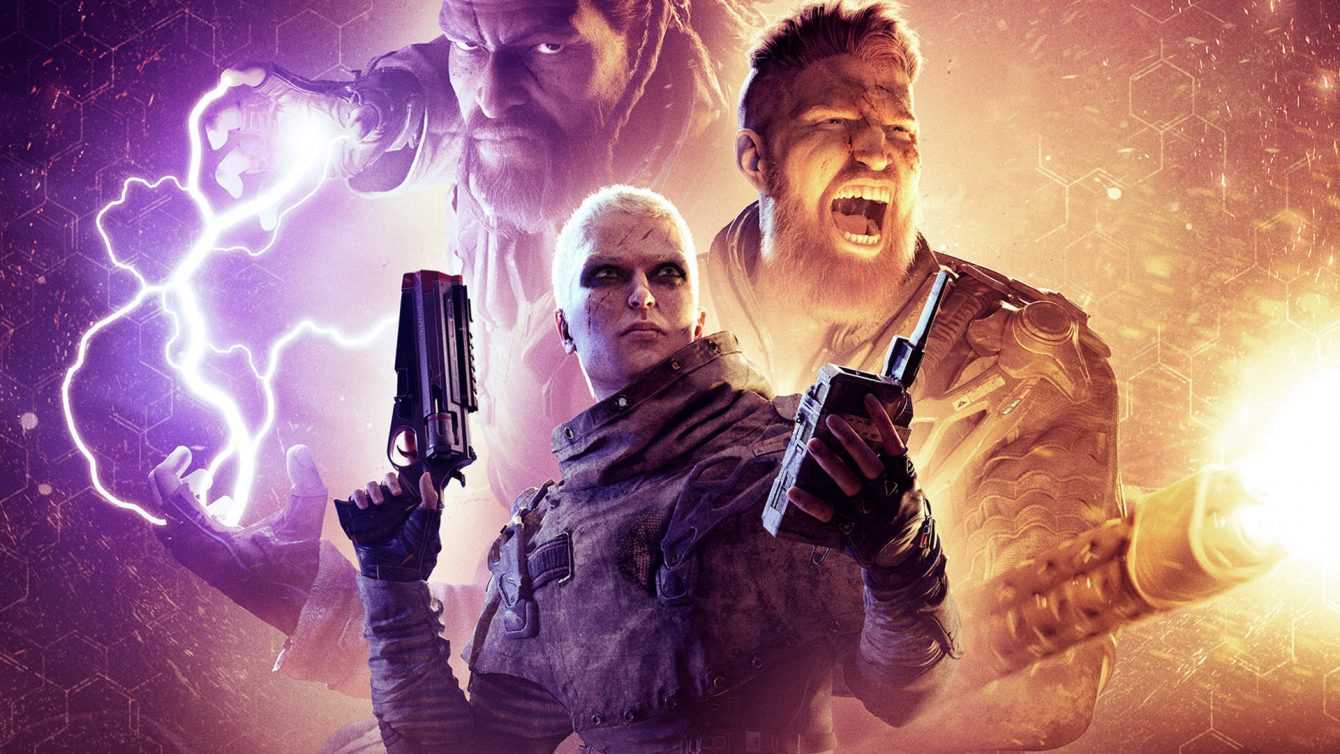 Going to analyze the play structure of Outriders, what we are facing is a looter shooter which, at least on a stylistic level, strongly recalls theaesthetics and mechanics of Destiny, albeit declining everything in the third person. Make way, therefore, to a substantial amount of weapons and equipment available in-game, each with peculiar characteristics and shapes, able to guarantee endless customization possibilities: in this respect the work of People Can Fly it is certainly commendable, albeit not too original, and manages to guarantee freedom of choice and optimal approach to clashes.

Obviously, there is a subdivision of the quality of the objects that varies according to the rarity, a discriminating factor that, in addition to guaranteeing better statistics, sees the presence of some secondary perk, able to guarantee interesting additional effects. Furthermore, for those who are not satisfied, it will be possible to access a basic one crafting system, which will allow us to independently increase the effectiveness and level of the various equipment, as well as vary the nature of the changes present. 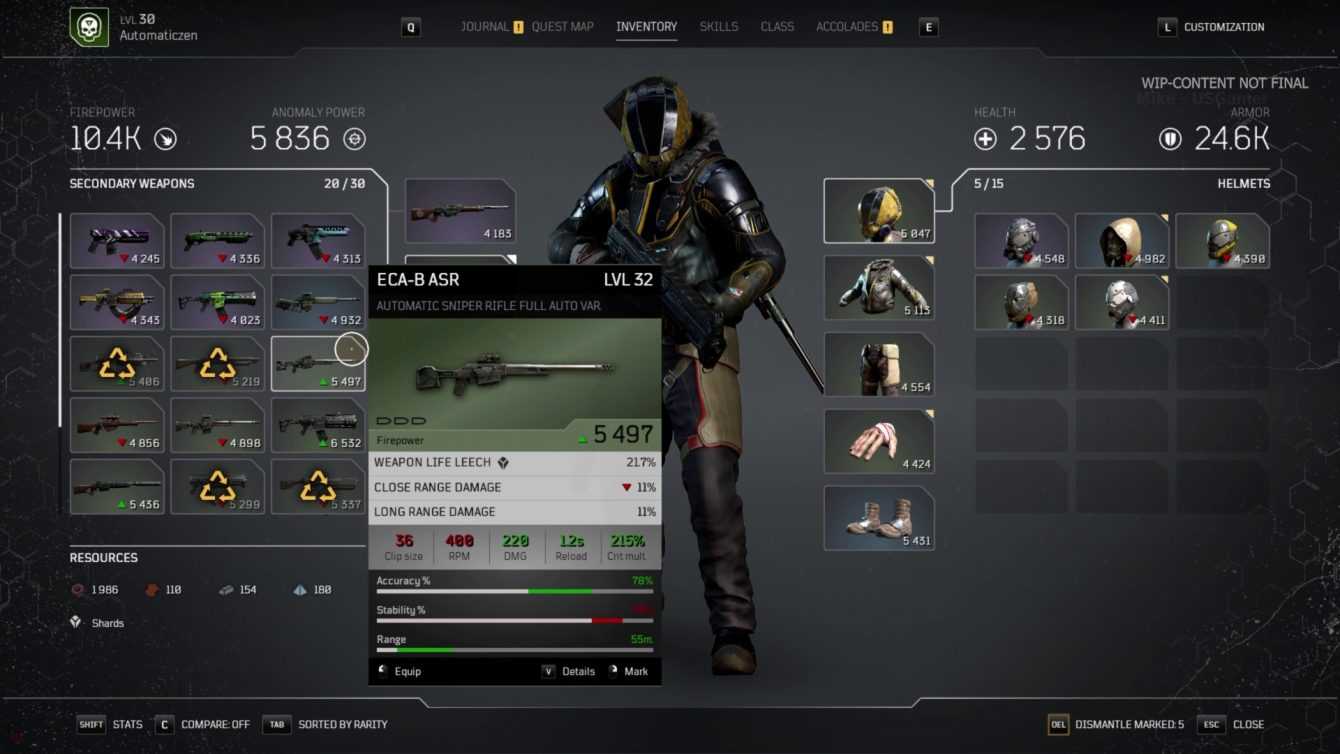 It is in the characterization of our character, however, that the team seems to have invested all their best ideas, thanks to the presence of four classes among which you can choose the nature of ours Mutation personal. We had already anticipated something at our preview, but it is only once in possession of the complete code that it was possible to realize the excellent work done in this regard. Each of the available specializations, in fact, the approach to the game varies significantly, given the distinct abilities of offense and care that each of them has, and which follow the classic types present in role-playing games.

the Destroyer plays the role of a tank, given its ability to unleash devastating close-range attacks; the Pyromancer embodies the essence of canonical magicians, thanks to the ability to hit enemies through the power of fire; the Mystery, instead, he will be able to bend spacetime to his liking, to appear behind his opponents as a lethal killer; closes on Technomancer, or the healer of the group, able to use technology to assist his teammates and strike from a distance.

Four classes for as many distinct playstyles, which open the scene to further customizations, thanks to full-bodied skill tree dedicated, which will serve to give life to further sub builds. To close the circle we find 8 unique skills for each class, unlockable as we level up, and that we can equip (up to 3) and modify at will. This marked possibility of customization represents, without a shadow of a doubt, the greatest value of Outriders, given the way in which it always makes the approach to the numerous fights that distinguish the game different. However, it is on the latter that the dualism I mentioned at the beginning begins to manifest itself in a decidedly marked way. 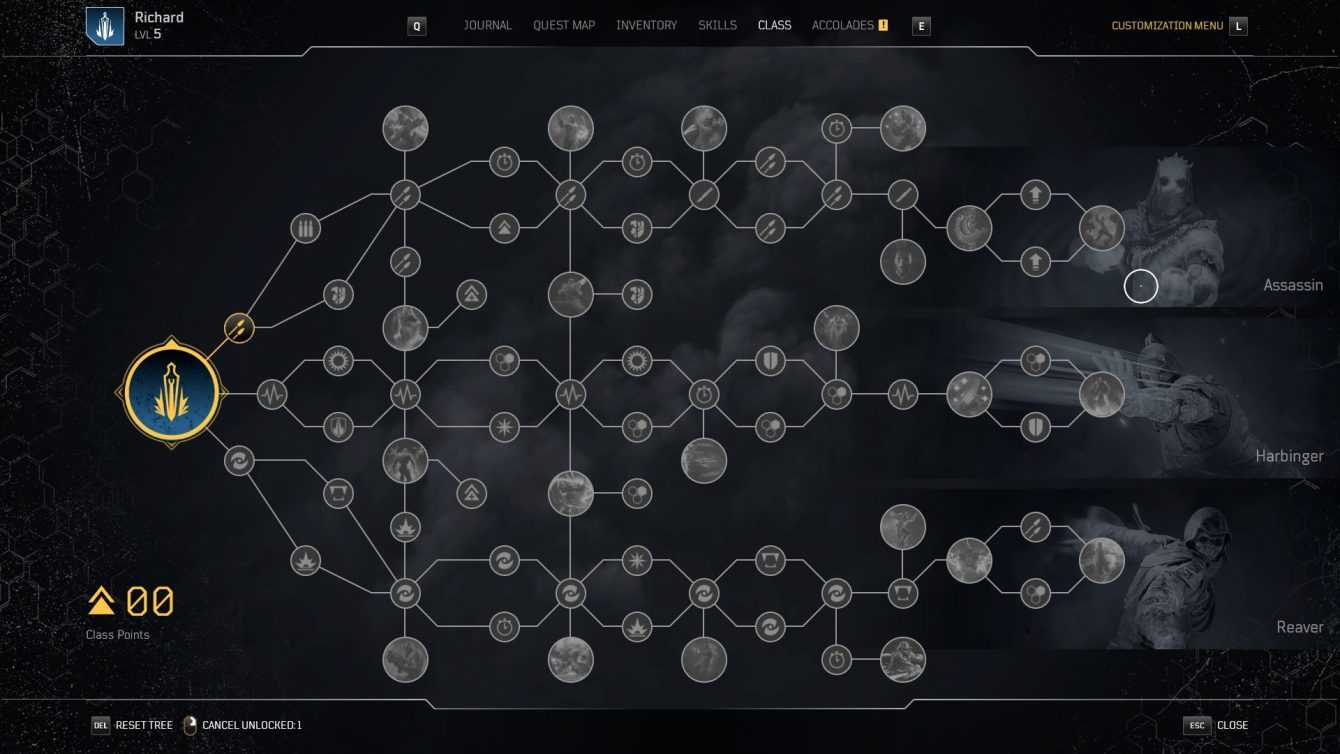 Being a shooter, it is inevitable that the core of the playful experience is found in a substantial number of firefights, and in this respect Outriders it is definitely in line with expectations. Given the pedigree of the team, it is not surprising (fortunately) theottimo gunplay called to manage everything, which turned out to be extremely fun and responsive, highlighting clear steps forward compared to the demo. Everything moves between frontal assaults and intelligent roofing management, also given the not indifferent amount of enemies that the game will throw up on the screen.

Unfortunately, however, whether we are talking about main or secondary missions, the one that emerges after a few hours of play is a excessive linearity of the structure of the clashes, which will end up assuming all the same connotations: we will always find ourselves fighting in more or less large arenas, with enemies that will charge us head down without any variation of the case, and considering the certainly not revolutionary AI that commands them, the the only alternative we will have will be given by the nature of our character. The various clashes with boss e miniboss, indeed certainly not memorable, which only bring on the plate an artificial increase in difficulty, due to opponents who have turned out to be simple bullet sponges: the clashes, in this case, are long and tedious, but more for the quantity of bullets necessary to throw down the threat of the moment, which for particular mechanics and moveset. 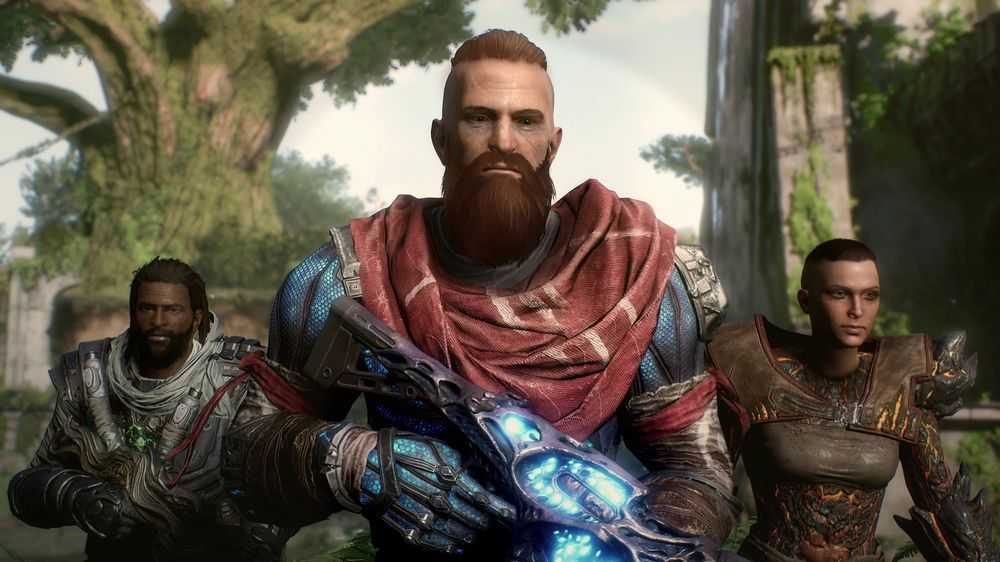 Fortunately, the World level, a gimmick reminiscent of the The Division 2 tier subdivision: as we play, in addition to our character, the difficulty of the clashes and the rarity of the rewards will also increase, which will be divided into 15 steps (by finishing the first run we unlocked level 8), but nothing will prevent us from lowering at any time this value, so as to make things easier, and then maybe push everything up again. A really clever idea, which allows you to calibrate the experience of Outriders on every type of player.

The alternative to this might otherwise lie in the cooperative nature of production, which although not a game as a service allows you to create teams of up to 4 players, including through cross-play between platforms. Too bad that in these days, as confirmed by the developers themselves, the game servers have been plagued by a myriad of problems, a situation that has led this functionality to be practically unplayable: we have encountered continuous disconnections, freezes of the game and sudden closures, with only a couple of sessions completed in over a week of testing (among other things with a not very fluid netcode). In short, certainly not a good debut on the online front. 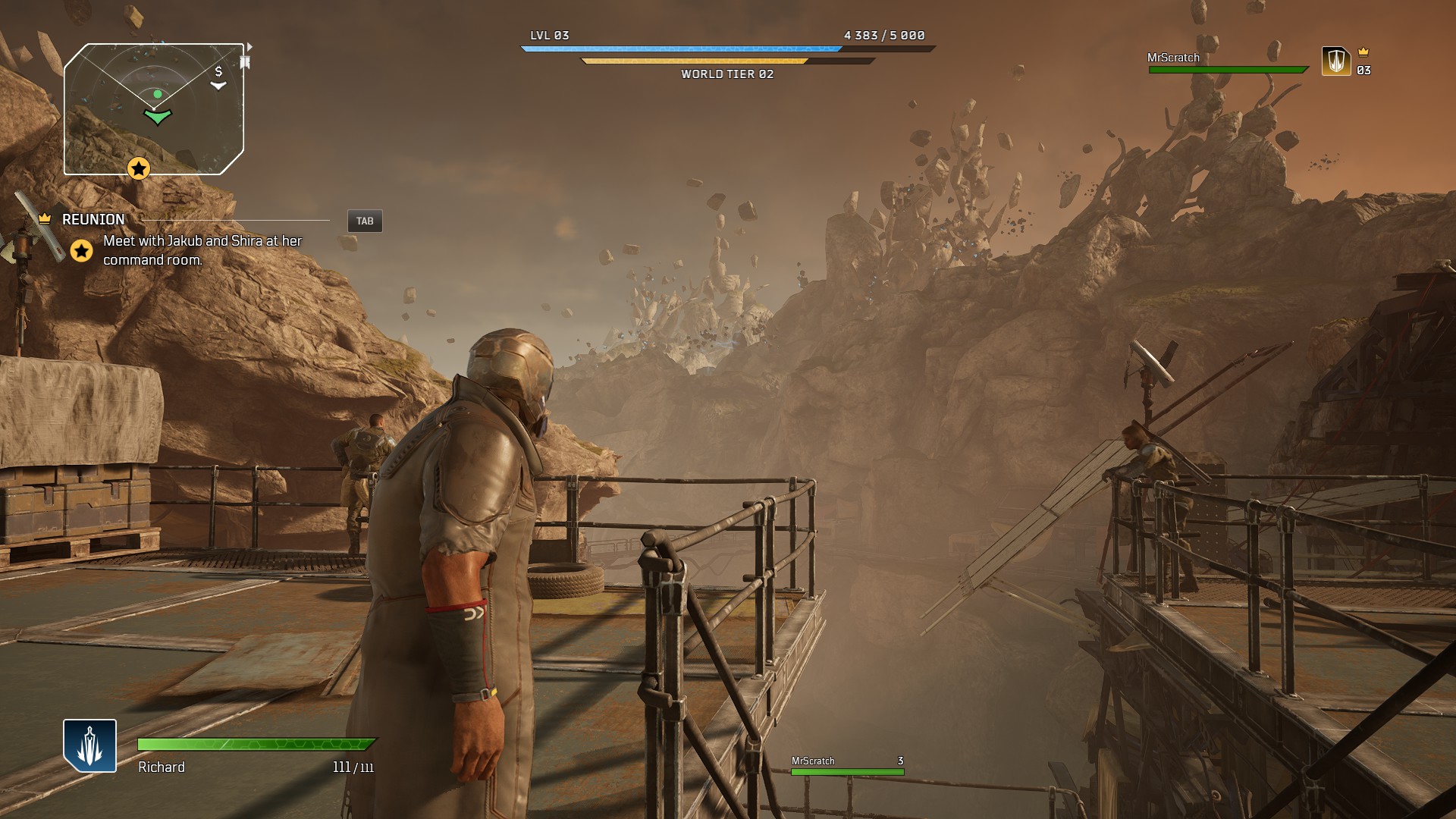 Also on the technical side, Outriders lends itself to some criticism, also given the cross-generational nature of production. Net of a however pleasant visual impact, there are many flaws that afflict the title on an aesthetic level, at least in the versione Xbox Series X tested by us: we go through animations that are not always convincing (some laughable faces, with mouths that move in a grotesque way!), textures not always up to par, glitches and various interpenetrations, albeit sporadic. The cutscenes, which present episodes of tearing and clothes that flutter mysteriously without any logic, should be reviewed in full. Fortunately, we find a rock solid frame rate, nailed to 60 frames per second even when the screen is filled with opponents.

Also very successful the characterization of the planet Enoch, able to provide a variety of respectable environments, capable of ranging between devastated battlefields, ruined cities, snow-capped mountains, deserts and much more. Too bad though, how so much magnificence translates into very basic level design, basically made up of macro areas that alternate corridors with open spaces in which to fight, and in which environmental interactivity is almost zero and limited to sporadic gears, a few explosive barrels and crates with which to refuel …