Let’s find out together, in this dedicated guide, what are our tricks and tips to start playing Overwatch 2 better: between new mechanics and old tricks, let’s explore the mechanics and classes in general.

After a troubled development and a generally downward hype, Overwatch 2 has finally arrived on the Free-to-Play title market, dodging what was its predecessor and launching itself definitively as Game as a Service. The new chapter of Blizzard’s Hero Shooter is currently available on PC, PS4, PS5, Xbox One, Xbox Series X | S and Nintendo Switch and, after a decidedly disastrous launch from the point of view of the servers, it is starting to make itself known by fans of the first iteration and by all the curious who, fascinated by the free use of it, approach it for the first time. And, although at first glance it may really seem like this (and perhaps it is, we will talk about it shortly in a dedicated article), Overwatch 2 isn’t exactly Overwatch 1.1.

In fact, for those who have already played the first chapter it will be difficult to be confused once you have picked up the controller and started Overwatch 2. However, it must be admitted that Blizzard has made several changes, some more evident than others, as well as some interesting additions, such as the Push mode (we will talk about it in a special guide!) and the composition of the teams 5v5. In short: not everything is exactly the same as before, even if it looks a lot like it. For this reason, in this dedicated guide, we want to explore with you our tips and tricks to get started playing Overwatch 2. We dedicate it to both veterans and new recruits. Let’s begin!

Communication is important in the couple | Overwatch 2: tips and tricks to start playing!

Whether or not you use a voice chat system to play with friends or strangers, the new Ping system of Overwatch 2 allows you to report the position of opponents in a much faster and more effective than the classic “Callout”. But remember to assign a specific command to the “Enemy” Ping, to speed up and make this little trick even more useful in skirmishes. Obviously, this will be much easier to do if you play on a PC with a mouse and keyboard, the optimal configuration for almost any FPS.

However, communication remains very important with other teammates. On PC it will obviously be easierbut also on the console through the controller you can assign the various commands or signals to send to others, such as the next use of your Ultimate, the need for care or support and so on. Maps and queues | Overwatch 2: tips and tricks to start playing!

Learning the maps is essential for both veterans, who will find themselves in front of new layouts, and obviously for novices. In order to do this without necessarily having to take a long series of blows, you can use the Custom Matchjust as you can try the heroes with whom you have no familiarity, such as Sojourn or Junker Queen without being perpetually killed (or even worse, insulted in voice chat by other wonderful players absolutely of age) you can do it in the Training Area. And in the meantime, maybe, queue up for a match.

Play with the Queue Open to all roles. As fun as it can be to play with an Attack or Tank role, with the new composition of 5v5 teams you will necessarily have to try all the roles and find at least one Hero to use in each situation to better understand the mechanics. In the map | Overwatch 2: tips and tricks to start playing!

In the middle of the game, pay attention to the damage indicators. Whenever you receive a hit from the opponents, the classic red cone will appear in the direction of arrival of the fire, An indicator that has changed slightly since the first chapter, so even the veterans will have to redo their eye. Always in the middle of a skirmish, remember that i Medikit are there at your disposal: learn their positions in the various maps, especially if you are the classic players who love to play in Attack.

A particularly interesting addition in Overwatch 2 is the be able to view the status of the Ultimate of our teammates in the Scoreboard. And as far as Support roles are concerned, this is definitely good news, not only for Heroes like Lucio, whose Ultimate (Sound Barrier) can be easily canceled by some opponents’ abilities, but precisely because of numbers. If all five members of the team use their Ultimate to secure, for example, a Point A on a map, in the next fight you will have no way to mitigate the opponents’ Ultimate. In this second portion of the guide we will explore different tricks and tips to better play the various classes of Overwatch 2. Compared to the first chapter, in addition to the new 5v5 composition of the teams, not only have changes been made to individual heroes, but also to the classes they belong to. Let’s see together some of the most important and the most useful in purely practical terms. The new passive ability of Health regeneration of the Support class guarantees to the Heroes of this role greater survivability, Although this is a fact, we remind you that in any case the ability does not guarantee optimal health recovery like that of a second healer, so the option to go into cover to recover a some HP is always the best in combat. In Overwatch 2, the Tank class additionally has a new passive ability which reduces the Knockback received. A great way to grant the Hero the ability to push forward through the enemy line and create space for the Attack Heroes to advance and continue to cover Support Heroes. In fact, although it is really important to act as a shield for your allies, the main role of the Tank is precisely to make room. To do this, you can, for example, push your enemies back so that your companions can push forward, or use your Knockback power to knock out or stun enemies, making them easy prey for the Attack Heroes. If at the beginning of a game you realize that you have chosen your Attack Hero incorrectly, based on the composition of the enemy team for example, don’t be afraid to change. With the new passive ability added in Overwatch 2, even after switching Hero, you can take with you 30% of the Ultimate accumulated until then in the fight. With this passive ability, finally, wanting to change your Attack Hero often will no longer be so punishing either towards you or towards the whole team! And these were our tips and tricks to learn more about the new features of the Overwatch 2 classes and the game in general. Let us know if you are playing it and how many times you have been thrown off the game servers below in the comments, we will continue to keep you up to date with all the news, guides and reviews themed videogame and tech! And if you are interested in game keys at affordable prices, we recommend that you take a look at the InstantGaming catalog! 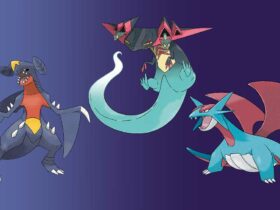