Let’s find out together, in this short dedicated guide, the complete trophy list of Persona 3 Portable, porting of the 2009 title for PSP arriving on current and last generation consoles tomorrow, January 18th

A month of January that promises to be crackling: we are working on our review of One Piece Odyssey and soon we will see Dead Space Remake and Forspoken on the shelves. In short, to be the first month of the year, we’re off to a great start. And tomorrow, January 18, it will arrive on PC, PS4, PS5, Xbox One, Xbox Series X | S and Nintendo Switch also Persona 3 Portable, porting (pun intended, ed) of the original released on PSP way back in 2009. Building on the success of Persona 5 Royal, Atlus has also decided to bring back to life Persona 3 Portable and Persona 4 Golden, two chapters that had remained far from the mass as released on consoles now untraceable. Obviously, with the arrival on current and last generation consoles, something is unlocked that specifically for P3P has never been possible: trophies!

Persona 3 Portable full trophy list consists of 36 total statuettes, of which 25 in bronze, 5 in silver, 5 in gold and the ever-present platinum trophy. As often happens, in the case of these guides, we remind you that although the descriptions of the trophies are exclusively the official ones given by the developers, these could still contain spoiler concerning the plot. For this reason, we advise against continuing reading to all those who absolutely do not want to know anything about Persona 3 Portable. With that said, let’s get started!

The first part of the bronze trophies | Persona 3 Portable: here is the complete trophy list!

The second part of the bronze trophies | Persona 3 Portable: here is the complete trophy list!

The Gold Trophies and the Platinum Trophy | Persona 3 Portable: here is the complete trophy list!

We approach the end with the five golden statuettes:

Finally, let’s find out the title of the Persona 3 Portable platinum trophy: Here ends the complete trophy list of Persona 3 Portable. Let us know if you will buy it below in the comments, we will continue to keep you updated with all the videogame and tech-themed news, guides and reviews! And if you are interested in game keys at advantageous prices, we advise you to take a look at the InstantGaming catalogue! 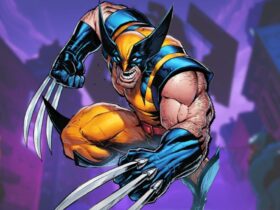