From today it is possible to pre-order Persona 5 Royal, the acclaimed JRPG by ATLUS, in physical and digital edition for Xbox consoles. The game, after a Sony exclusive release, will arrive on Microsoft consoles on October 21st 2022, and will be available for Xbox Series X | S, Xbox One, and Windows. Also, from day one, it will be included in the Xbox Game Pass catalog.

In the game it will be possible to wear the Joker mask to join the Phantom Thieves, with the aim of breaking the shackles of modern society and organizing sensational blows. Players will be able to make their way through the corrupt minds of the population, to bring their ideal of revolution to final fulfillment.

Persona 5 Royal promises to enter a new term at Shujin Academy, a new area of ​​Tokyo to explore, new characters, an unreleased story arc and so on. Also the Phantom Thieves will be more experiencedfor a title whose theme is the ambition a challenge conventions, to discover inner power and fight for justice.

“In a story between narrative lights and shadows, characterized by a well-orchestrated but long to digest plot, we are dealing with some sensitive theme, such as the physical abuse of Professor Kamoshida about his students or some examples of bad language. Removed some “dark” notes, we dive into a complex adventure, where we live the realization of that mental palace that we thought existed only in the Sherlock Holmes series, played by Benedict Cumberbatch, then evolving into a succession of fights and attacks carried out by the so-called Thieves Ghost of Hearts“ 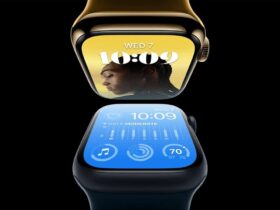