Phil Spencer congratulated Netflix for the decision to jump into the world of gaming, which according to the Xbox executive, is being managed in the best possible way by their Games division. In an interview with Kara Swisher for the Sway’s podcast New York Times, Spencer talked in depth about the continued growth of video games and how often they are a trendsetter for tech companies.

Not surprisingly, Netflix has announced that it is taking its first steps in the video game industry, first by including mobile games in Netflix subscriptions and then by acquiring critically acclaimed studios such as Nightschool. In this regard, Spencer explained that this, in his opinion, is the right approach for a company like Netflix. Here’s what he said:

“I think it’s smart what Netflix is ​​doing – says the Xbox boss – They’re buying studios. They are learning the creative process of interactive entertainment. And I think it’s a very smart way for them to move into this industry. “

Of course, Netflix isn’t ready to compete with Xbox yet. Despite having hired a former EA executive to manage its new games division, the streaming giant focuses mainly on the casual mobile market, far from Microsoft’s offerings. Netflix has a popular series catalog that can easily become games, and the company even bought the award-winning studio behind Oxenfree to ensure quality transpositions.

In a way it can be said that the Xbox itself has taken Netflix example with Xbox Game Pass, which has long been popularly called Netflix for gaming. This point of view, moreover, Spancer did not deny, explaining that the business model, after all, is very similar. 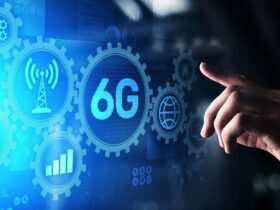 LG anticipates the first details on the 6G: top speed of 1 Tbps

Marvel’s Avengers: XP Boosts purchasable with microtransactions have been removed