Google recently confirmed some interesting details on Pixel 6 e Pixel 6 Pro, the new line of smartphones that the company offers to make the most of Android 12. More powerful cameras, original designs and above all a processor designed directly in Mountain View by Google’s engineering team. Here are all the details, features and news coming on the Google Pixel 6 and 6 Pro.

Google Pixel 6 and 6 Pro: the characteristics of the new top of the Android range

A few days ago the company announced its intention to continue the Pixel smartphone line, now in its sixth generation. But this year he also plans to introduce a Pro variant, which will have extra premium features. We are talking above all about screen and camera, while it seems that the computation heart is the same: a new processor called Tensor. But let’s take it slow as we explore the various features of the new two Pixel 6 models.

In addition to announcing the name of the new line, which continues with the conventions, Google also showed the first official images. Which instead show a new design for the series. The most evident element is the photographic one, arranged horizontally with a really interesting band bump. The rise with respect to the body of the phone seems very pronounced, even covering the phone with a cover could mitigate the effect. But at least the horizontal design should guarantee some stability plus when you place your smartphone on your desk.

Google has also confirmed that the Pro version will have a shell refined aluminum around the camera, which suggests that the back of the phone is in glass (judging by the photos). The classic Pixel 6 on the other hand should have a design in matt aluminum.

The company has confirmed that it will have a central hole for the front camera. The Pro model should have the screen that curve on the sides, while the base model will have a flat design. Finally, there are many color variations, with the body different from the top. For the basic model:

While for the Pro:

The most awaited novelty concerns the first processor developed in house by Google, the chip Tensor. Known until a few days ago as “WhiteChapel Project “, it’s a SoC (System on Chip) created specifically to make the most of the new Android software. 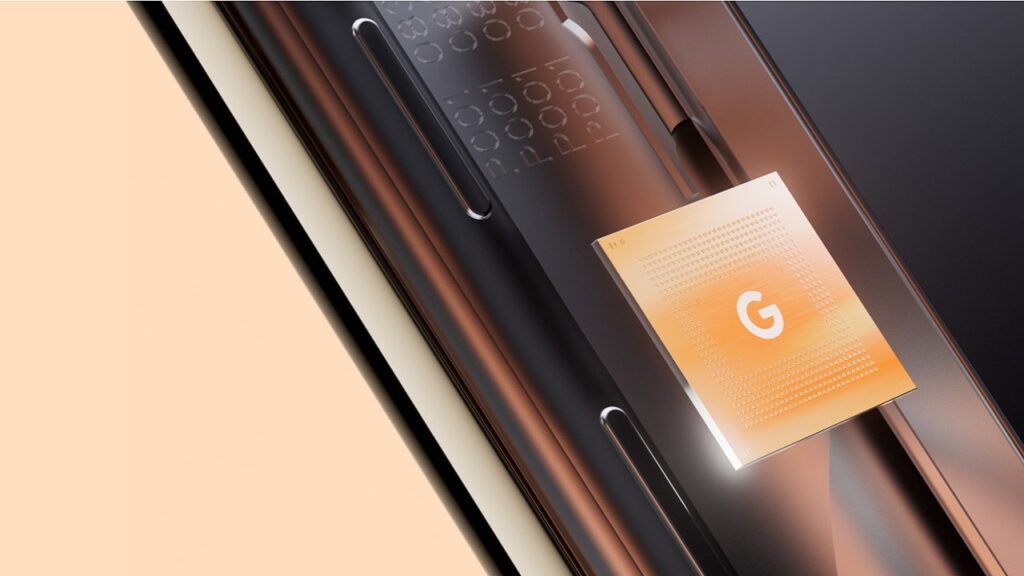 Google did not provide many details on the processor. We do not know what its components are, although in recent months there have been rumors of one collaboration with Samsung to use Mali like the top of the Korean range. We only know for sure that the CEO of Google Sundar Pichai said: “AI is the future of our innovative work, but the problem we ran into was the computational limitations that prevented us from achieving our goals. So we built a mobile technology platform capable of bringing our revolutionary AI and machine learning (ML) to our Pixel users. We set out to build our own System on Chip (SoC) to power the Pixel 6. And now, years later, we’re almost there ”.

Artificial intelligence should improve the photographic and video recording skills. But also help to understand human language better: excellent for simultaneous translations, text dictation and above all for make the most of the Google Assistant.

The power of this chip would therefore not be as much improved performance (even if Google promises excellent speeds) as well as in new features. Which for now Google has no plans to reveal. But we are sure that we will talk very soon.

Google Pixel 6 and 6 Pro: all other features confirmed

If the processor is the most significant novelty, the other features confirm the intentions of the company. Pixel 6 will be a device of the emerging category of the “top of the economic range”, those smartphones that have the performance of the best but have a few less features. Pixel 6 Pro instead will be a flagship with no ifs and buts, a smartphone with the best features on the market. For the first time ever, Google goes directly against products like the iPhone Pro and Galaxy Ultra.

The Pixel 6 will have a 6.4 inches with FHD + (1080p) resolution and a 90Hz refresh rate. Conversely, the Pro will be bigger (6.7 inches) and will have a QHD + (1440p) resolution and a 120Hz refresh rate, in line with the best Android smartphones on the market (Apple is also expected to debut its first 120Hz screen this year). Both will have a fingerprint sensor in the screen. And both of them will use al maximum Android 12, the new operating system developed by Google.

At the moment Google has not revealed details on the batteries but we expect them to be close to the top of the range in this field too. The rumors speak of 4,614mAh for the base and 5,000mAh for the Pro. The basic model should 8GB of RAM, while the Pro will presumably have neither 12GB. Both should have the cuts from 128 e 256GB for memory, with the Pro going up to 512GB. But the details in this last paragraph are not confirmed by Google, unlike the details on the screens.

For the moment, Google has only confirmed that the Pixel 6 will have two cameras, one main and one ultra-wide. While the top of the range will also have a 4X optical telephoto, for level zoom. The main sensor should be 50MP, making a big leap in quality, since the last time Google changed the sensor was for the Pixel 3.

The ultra-wide should instead be from 8MP, what is needed to take advantage of the incredible photographic software that we have known in the Pixels over the years. The telephoto lens on the Pro should allow you to zoom up to 4X without any loss of quality. But we know that Google has done a great job on the hybrid zoom as well, so it may be that we will see other zoom levels on the device as well.

The selfie camera should only be one, 8MP for the base model and 12Mp for the Pro. 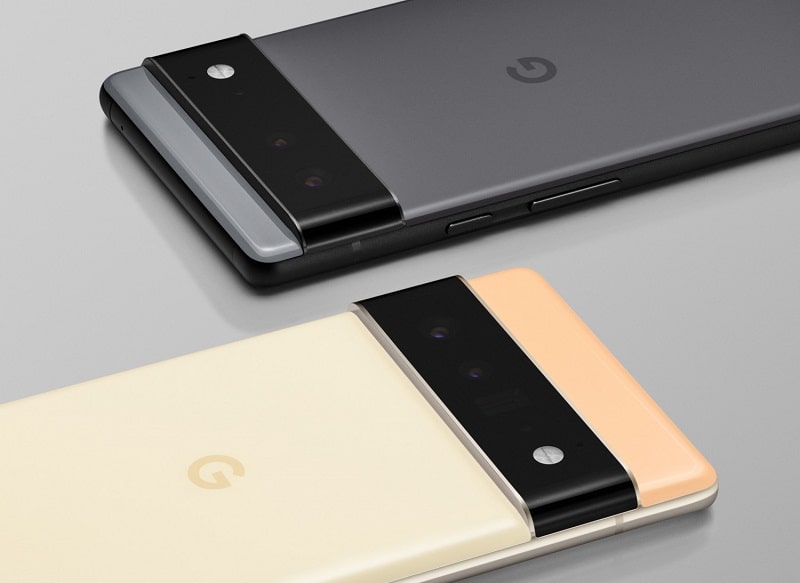 Pixel 6 and 6 Pro: prices and availability of the Google smartphone

The first piece of news could be negative. For the moment the release of Pixel 6 and its older brother is confirmed only in: Australia, Canada, France, Germany, Japan, Taiwan, UK and USA. But that doesn’t mean it won’t arrive in Italy: it seems that Google wants to make sure it has enough devices before confirming the release, which is complicated by the shortage of chips in the last year. Perhaps Pixel 6 could be delayed in climbing over the Alps, but it seems certain that you also arrive in our country.

For the price, there are no certainties. The Pixel 5 cost € 629 at release and it remains probable that the basic version could start under 700 euros, with a slight increase. But the version Pro could for the first time exceed the threshold of 1,000 euros. A top of the range not only in features but also in price, Pixel 6 Pro will cover the same market share as the iPhone Pro Max and all the other flagships.

To get to know these new smartphones closely and test them for a review, we will probably have to wait until the end of September or even the beginning of October. But before that date we will be able to know many other details: we will keep you informed.