The chip crisis has made the PlayStation 5 virtually unavailable due to production delays. To compensate, Sony will continue to produce PS4 throughout 2022.

Gone are the plans of Sony, which would have wanted a quick transition to the new gen consoles. The lack of chipsets, which is bringing the entire production chain of tech devices to its knees, has in fact forced a slowdown in the production of PlayStation 5, making the console look practically unobtainable on the shelves (and online). According to Bloomberg, Sony, which had planned to stop PS4 production in 2022, will continue to produce the old-gen console throughout the year.

The new strategy will bring about one million PlayStation 4 throughout the year. A number that, again according to Bloomberg, could be enough to make up for the lack of PS5. The old console uses in fact less advanced chipsets, easier to find, at a lower cost.

After all, the PlayStation 4, released in 2013, has sold more than 116 million units in 9 years, confirming itself as one of the most popular consoles by users. Furthermore, it is still an important part of the Sony market from a revenue standpoint.

Bloomberg also reports that Sony, while keeping its feet firmly in the gaming market, would be diversifying to fill the gaps left by the pandemic and the chip crisis. The Japanese brand would in fact be about to release virtual reality headset and would be working on its own electric vehicle. 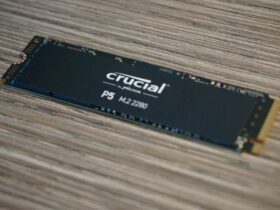 PlayStation Network: the collaboration between Sony and Discord is coming