The Playstation Showcase organized by Sony is taking place in these hours, and among all the titles we could see there was also space for Forspoken, the new great open world that has Square Enix as publisher and Luminous Productions as development team

Originally heralded as the mysterious Project Athia, Forspoken revealed itself to its audience on March 18, 2021, presenting itself as an open-world role-playing game, in which we will take the role of Frey Holland, a young woman who will find herself catapulted into the fascinating but dangerous world of Athia. Well, after the first trailer shown now several months ago, Square Enix also had the opportunity to show Forspoken during the conference of Playstation Showcase organized by Sony (of which you can see the live here), with many new details that we will go into further below.

Playstation Showcase: all the news regarding Forspoken

In trailer shown during the conference, we could see a lot of new details, both on the plot and on the style of play. We can see Frey struggling with difficulties in his own vita, only to be transported almost randomly to the world of Athia. We can see various characters, as well as the special arm of the protagonist who can communicate. There are also some parts of the gameplay, with an important focus on exploration (the game world seems to have a remarkable verticality) but also on the fights, made of elemental magic. Towards the end of the trailer, we can see what it is assumed to be the antagonist of the game.

It was announced that the release is scheduled for the spring of 2022. In the meantime, to stay updated on Forspoken, the Playstation Showcase and all the most important news regarding the videogame world, we just have to invite you to stay tuned on the pages by TechGameWorld.com. If you prefer to buy game keys at very discounted prices, you can do it through Instant Gaming.

Windows 11: is this the name of the next big update? 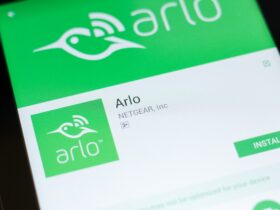