There are so many things to know about the Pokémon GO Fest of 2021: we have summarized all the most important details for you to remember

The most profitable brand in the world has completed its quarter of a century, and after five years of activity Pokémon GO Fest is going to repeat itself for the 2021 edition. The event will be held on July 17th and 18th, and the official blog has released many details starting with the price. Contrary to the 15 dollars (the only currency in which the same Italian site has communicated the prices) of the previous editions, this time the participation will only cost five. The resulting ticket is valid for both dates, but there will still be content even for those who do not participate economically in this celebration.

Saturday and Sunday, from 10:00 to 18:00 (local time) the various “habitat”Of the Pokémon GO Fest 2021, one per time slot. The habitats and creatures that you can find there (plus “many others”, according to the blog) will be the following:

I raid instead they include Hitmontop, Cranidos, Deino, Ponyta of Galar and Zigzagoon of Galar, the latter with “special costumes”. Between Wild Pokémon we will also find Chimecho, Kricketot and Audino. As for the latter two, plus Whismur and Tympole, we will see chromatic variants for the first time. In addition, the login on the two days concerned brings with it a commemorative t-shirt. All photos taken during the event (if shared with a specific hashtag, #PokemonGoFest2021) will include a mysterious surprise. The unpublished soundtrack of the event is by Junichi Masuda. The global challenge will return, and the bait modules will last three hours. 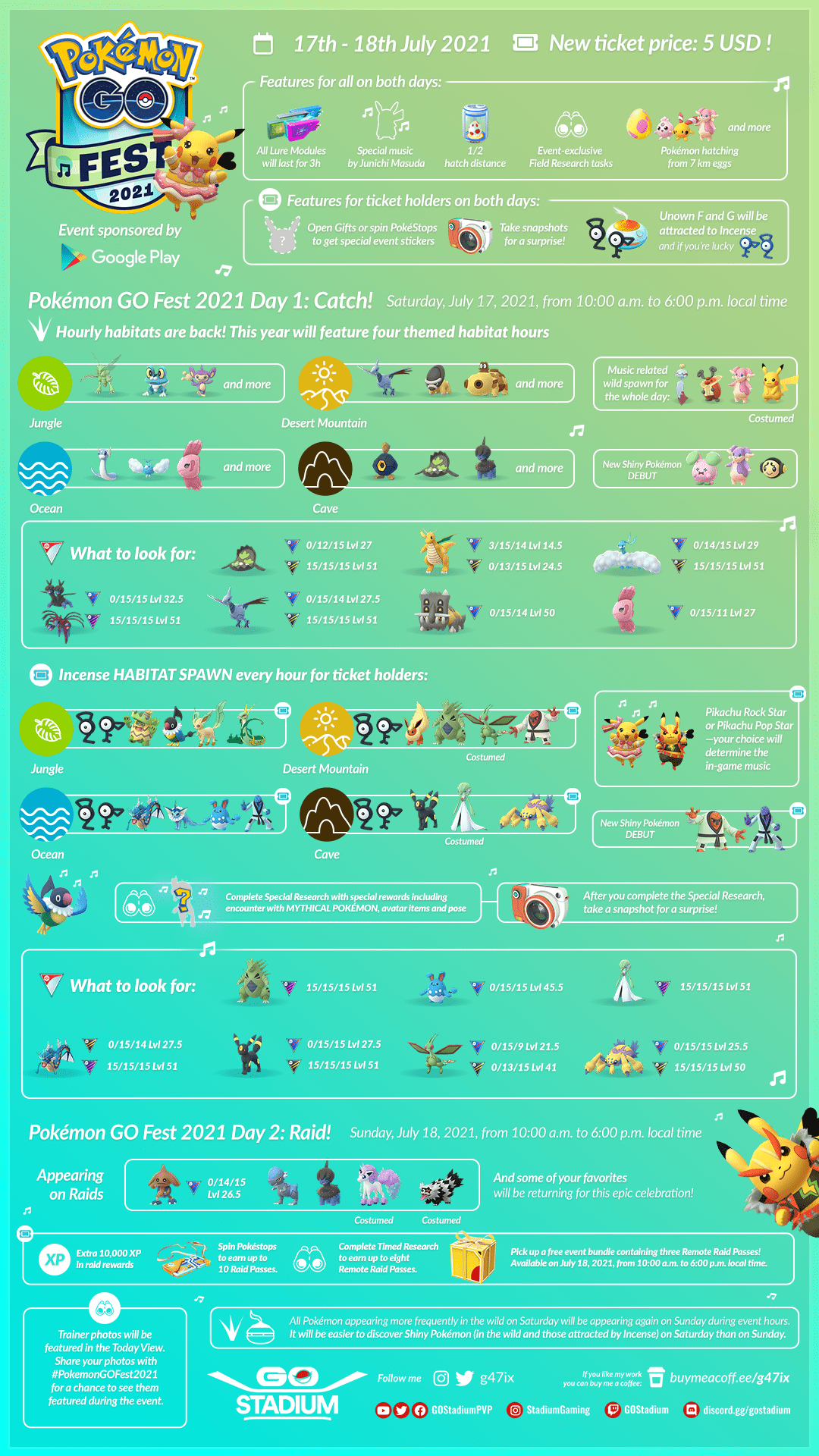 Between 10:00 and 18:00 of Saturday, Professor Willow and our foreman will assign us to organize a concert. We can opt for “Pikachu Rock Star” or “Pikachu Pop Star”; our choices will alter the background music. There will be special costumes for the rest of the “band”, including Ponyta of Galar, Zigzagoon of Galar, Gardevoir and Flygon. All the special searches of this type received during the event can be completed later, at any time. Among the rewards we will find an encounter with a mysterious Pokémon, another t-shirt and an exclusive pose for our avatar.

Sunday, on the other hand, the main focus will be on raids, which will benefit those who participate 10,000 more experience points. Furthermore, from 10.00 to 18.00 on Sunday 18 June it will be possible to obtain up to 10 raid tickets at the Pokéstop of each gym. By completing the timed search it will also be possible to obtain eight tickets for remote raids, plus others three which can be redeemed for free in the in-game shop. The distance for hatching eggs in the incubator, of which those 7 km will contain Igglybuff, Chingling, Audino and again “many others”, will be halved.

During the Pokémon GO Fest 2021 the Pokéstop discs, as well as the friendship packs, will contain special stickers, while Unown F and Unown G, already mentioned several times before, will also include color variations. Additionally, Google Play will be a partner of the event. In countries where Google Play Points exist, players will be able to earn four times as much from 12 to 18 July. Saturday 17 will also be able to redeem “an exclusive sponsored friend pack” on which Niantic has yet to provide all the details. Tickets are available now, and once purchased they will be in bag.

Now it’s up to you to tell us yours: is there still something you would like to know, or did our guide help you? Let us know below, and as always don’t forget to stay on TechGameWorld.com for all the most important news for gamers and more. For your purely gaming needs, you can instead find the best discounts in digital format on Instant Gaming.

Xbox turns 20: many virtual initiatives are on the way! 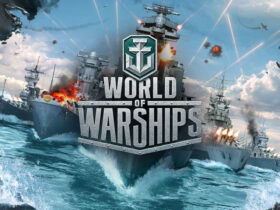