The trailers and videos regarding Pokémon Legends Arceus continue to be released, and this time many details on the gameplay of the new chapter of the series are shown

Two more weeks; this is the period of time that separates us from the release of the new chapter of Nintendo’s most beloved franchise, or Pokémon. What players will find in Pokémon Legends Arceus will be like a revolution for the series: it will in fact present a much freer interaction and open to the game world and the creatures themselves, with deep exploration and highly immersive encounters. Through a new and long trailer released in these hours, it was given the opportunity to see even more in depth the gameplay of Pokémon Legends Arceus: here is what awaits us.

13 minutes of gameplay in the new Pokémon Legends Arceus trailer

The 13-minute trailer released by Nintendo shows a preview of the gameplay of Pokémon Legends Arceus. Thanks to it, we learn some key points of new gameplay mechanics included in the title: first of all, in the Giubilio Village there will be quests necessary to continue the main story, accompanied by other secondary missions that will provide rewards to the player. All the tasks and requests that we accept will be managed inside the mysterious Arceusphone. On the map we can use a navigation function to our destination, which will provide information on how to reach your destination. Heading to the entrance of the Village, you can then choose which macro-area to move in, among the five areas that form Hisui.

In the game world we will collect materials to make objects and tools, and as for the capture of Pokémon, we will have the opportunity to distract them by throwing berries, catch them approaching slowly without being noticed, or use the traditional method and take them once in battle. Getting into a fight will still involve risks, as the player can be attacked directly. Pokémon will have attacks consisting of two different styles, one based on strength and one on agility.

The Alpha Pokémon appear as mini-bosses of Pokémon Legends Arceus, being versions bigger and stronger than the classic creatures. As for the Royal Pokémon, the fights with these beings will be based mainly on a mix of action sections and turn-based battles, where you will have to dodge attacks and launch “tranquilizers” to stun them and then use your Pokémon. Additional features present in Pokémon Arceus are also the exchange of Pokémon with other players, the ability to customize hairstyles and clothes, and be able to ride Pokémon as quickly as possible, perhaps passing from moving on the ground to hovering in the air in seconds.

Keep following us on TechGameWorld.com to stay informed on gaming news, and take a look at the Instant Gaming store for cheap games. 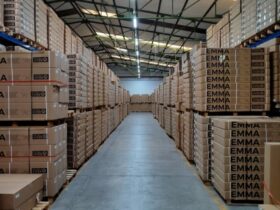 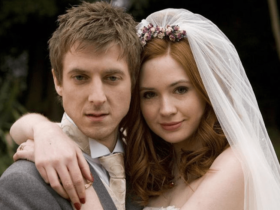 One True Pairing: Amy and Rory’s best moments in Doctor Who