From a Beatles song to Pokémon Sword and Shield: a personal consideration on the redemption of the two most controversial chapters

“But what the hell does it have to do with Beatles with Pokémon Sword and Shield?! ”, You may be wondering. An extemporaneous reaction more than normal, considering that until recently I would have asked myself that too. Is it the quartet (the Maximizers) made up of Obstagoon, the two Toxtricity and a Rillaboom that peeps out in the game’s credits? In reality, that is, indeed, a reference to the Fab Four in Liverpool, just as the port town of Keelford refers to the latter. But the parallels would stop there, at first glance. No, here we are talking about a personal speech which leads me to speak in first person.

Incidentally, it is not even an episode of Music & Video Games, which we have (for now?) Concluded with Stewart Copeland. The focus of this special whole is the concept of reaction to the works that we are passionate about, to understand well how much the initial image of something we look at from the bottom up casts a shadow on the expectations of the future artistic path. A more imposing shadow than a Gigamax Gengar, so to speak. “If only one song were enough”, Eros Ramazzotti wondered. And that was enough, in fact: a band that disbanded in 1969 taught an early Pokémon fan a relax more.

The Beatles song that made me realize I was being too hard on Pokémon Sword and Shield is Strawberry Fields Forever. This song, inspired by the childhood of John Lennon at the orphanage of Strawberry Field (singular), represented one of the first turning points of the band from girl idols to avant-garde psychedelics. There is a reason why, in The Beatles Rock Band’s intro footage, the escalator to the frenzy of the imagination definitively separates the four from the adoring crowds: it is at this point in their careers that the four began to create music for themselves.

Also for this reason in the video, which you can see below, many close-ups accentuate the then “new” image of the four: less fashionable clothes, pronounced mustaches, and round glasses that the fans of the time defined as “grandfather”. All this, then, seasoned with a piece with a disturbing ending like the music of Parsley Woods (“Bosco parsley”) from the first Wario Land. However, although the disagreements would then be evident in the experimental quantum White Album, it is here that we see how the Beatles were finally free to express the authorial air of each of them.

Let it be Beedrill – Pokémon Sword and Shield, with The Beatles

And to think that, after the separation, the Beatles would have exerted their influence in ways that indirectly shaped Pokémon even before the Sword and Shield. The most reckless of the four, or that eternal rebel Lennon, had time to exorcise his personal demons with the help of his partner. Yoko Ono (still scapegoat for breaking up the band) before being tragically snatched from life by a madman. If it was he who came up with a blasphemous comparison to describe the band’s popularity, on the other hand, there must be some underlying problem.

To mark Lennon the most was the premature death of his mother, combined with the continued absence of his father from home. Aunt Mimi was able to raise him, but nevertheless it was only years later with Ono that John was able to throw out that lump in his throat with Mother. This song ends with an increasingly heartbreaking (and heartbreaking) “Mum don’t go away, dad come home”. Maybe that’s why one of the band’s many Japanese fans listened to the song to tears: such Shigesato Itoi, creator, needless to say, of MOTHER and EarthBound, in which yellow submarines abound. 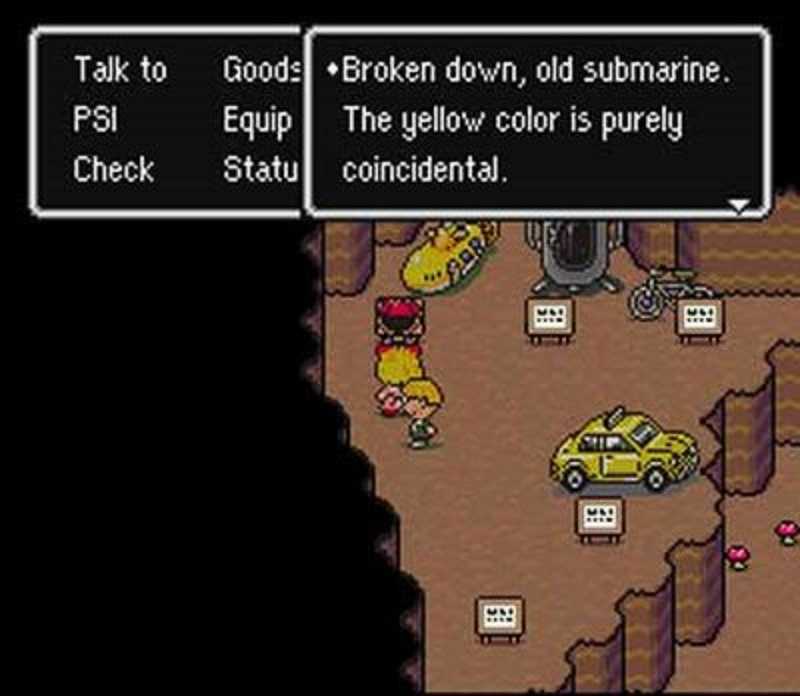 Itoi, a multifaceted Japanese author (essayist, director and writer, as well as game designer), founded Ape to take advantage of their talent also in the videogame field. Today we know Ape as Creatures, Inc., which is one of the main names along with Nintendo and Game Freak in the various Pokémon titles. The links between the two series, if the “coach sprite on the map” aspect of good old Ness weren’t obvious, have been wasted time and time again. There is a reason, moreover, that the alien Giygas in the first MOTHER (EarthBound Beginnings for us Europeans) on NES looks a lot like that Mewtwo we would see years later.

I was really in a hurry not to stray too far from the world of video games, but the butterfly effect of Lennon, McCartney, Harrison and Starr inevitably links the most influential boy band in history to one of the most envied multimillion-dollar franchises of all time. Not surprisingly, in fact, they both have problems with their managers. The priority of a timely publication tends to outweigh the importance of some features, to meet merchandise already on its way to points of sale all over the world. Why, then, am I re-evaluating Galar recently? 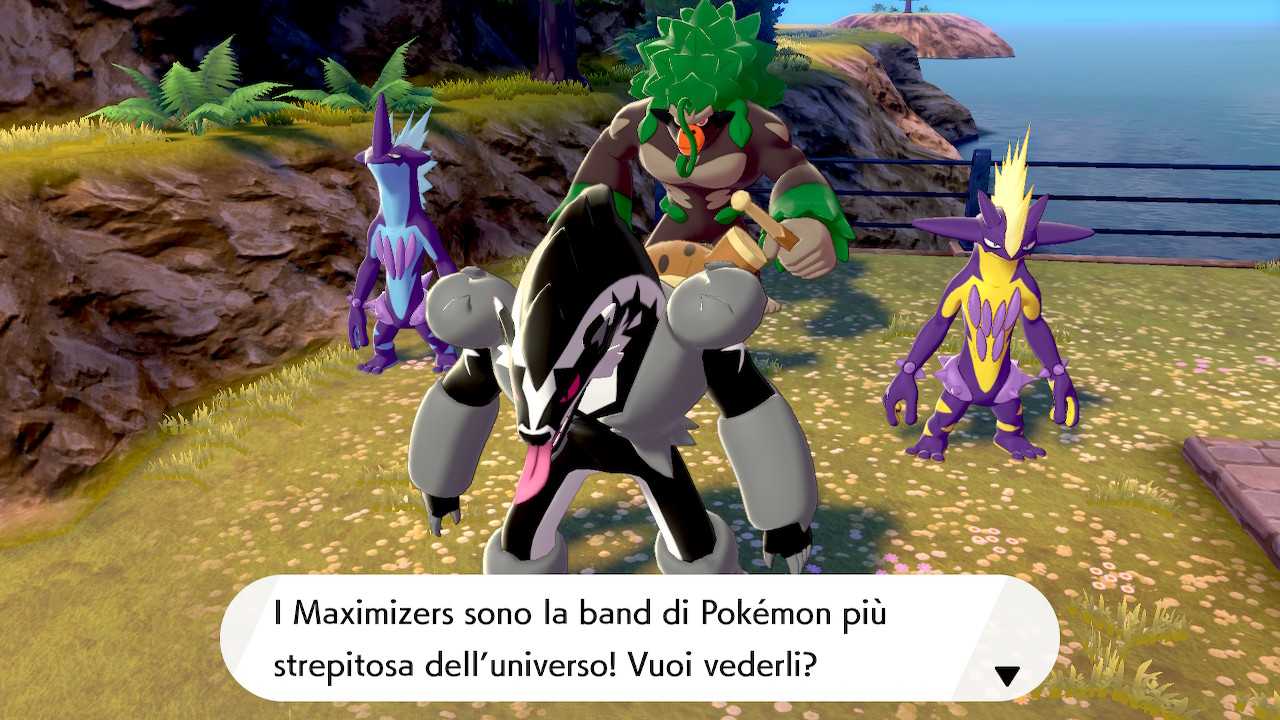 Maybe it’s just listening to Strawberry Fields Forever that I understood exactly why Junichi Masuda wouldn’t have expected his interview about Pokémon Sword and Shield to be overwhelmed by dislike on YouTube. True, the fact that there are not all creatures in these two games it continues to give a bitter aftertaste to the experience. I would like to see Feraligatr perform the Dynamax like any of you, but perhaps there is more behind a “simple” new release for the series. Maybe, just maybe, there’s a very personal postcard from the UK for Masuda and his team.

We never forget that, as it was for Unova, Kalos and Alola before Galar, the Game Freak staff always go to pilgrimage (tweet below) to the places it intends to make the scene of the next adventures. And, who knows, it is possible that after the Pokémania phase, that of the first two generations so inspired by Beatlemania in the name, it is giving way to Rubber Soul, to the Revolver, to Game Freak’s personal Magical Mystery Tour. We can always sigh as we remember the times when a National Pokédex existed and enjoy the adventures on their own merits, let them be.

I’m coming to Codswolds!
Sheep are cute! It’s fun to put it in the fence! (smile)#England #Codswolds #Cotswolds #sheep pic.twitter.com/EYc15ytXZu

Galar, as a whole, well reflects thepride typically British: the sense of glory that permeates both the plot and the culture of the place (as well as the canonical name of the female protagonist) is tangible in Game Freak’s response to criticism. It is no coincidence that the art director, as well as the only Western member of the development team, has seized the ball to emphasize the beauty of his homeland. That of James Turner is the second name that peeps out in the credits, and it is always he who (with typical fervor from across the Channel) has raised his thumb on Twitter towards one of the most vehement defenses of the game without thinking twice.

And although the overall quality of the two titles is still matter of discussion, perhaps the love of fans towards what has been has led us all to look at Pokémon Sword and Shield for what they are not. Instead, what the two games are, fundamentally, is a couple of titles that are still excellent in their flaws, and which undoubtedly took risks with the same verve that characterized the Fab Four in their artistic growth. The collaboration with Toby Fox is just one of the many courageous choices that dispels doubts about an uncertain tomorrow, leaving them instead for yesterday.

In this case I went very personally, but how do you think? Have you managed to come to terms with the reduced fauna? Let us know below, and as always don’t forget to stay on TechGameWorld.com for all the most important news for gamers and more. For your purely gaming needs, you can instead find the best discounts in digital format on Instant Gaming.

How to save JPG or PNG images to WebP images

Pokémon: the best features of each generation