“Electric” tells us a new way of understanding life: as an adventure, in the perfect union between Pokémon and pop star Katy Perry

We didn’t know whether to categorize this news as videogame or music, but it is in the first field that Pokémon has found its origins a quarter of a century ago: the surprising thing is that Katy Perry joins the anniversary celebrations. It has long been known that a new song was boiling in the pot, and now the artist has released a song in which the creatures of Nintendo and Game Freak serve as a metaphor for the message of unshakable optimism that has always hovered among the singer’s notes. In “Electric”, The type to which Pikachu belongs is allegorical; it’s life that’s thrilling.

The 25th Pokémon is “Electric” for Katy Perry

In the past, such as for the feature film Pokémon: The Force of One, mainstream artists such as Laura Pausini and “Weird Al” Yankovic have lent their voices to the franchise, and now Katy Perry joins this growing family. There is no shortage of easter egg for fans of both elements involved, such as a quote to the first English theme song of the anime between the first lines and the explicit use of a female Pikachu guessed by the tail. The artist’s admirers, on the other hand, can remember how much in Roar she spoke of “walking in fire”, or how even here the singer invited us to raise self-esteem as in Firework.

A more “electric” life, by extension, also alludes to the ability to think outside the box. Similarly, we have within us the “power” (also understood as electrical energy) to change things. After the Post Malone concert, therefore, also here the fanservice for the millions of Coaches scattered around the world is not lacking. Looking forward to news on Pokémon Shining Diamond and Shining Pearltherefore, the celebrations for the extinguishing of the twenty-fifth candle have already begun; to know if the new stocks will prove to live up to expectations, however, we will still have to wait.

Now it’s up to you to tell us yours: what do you think of Katy Perry’s tribute to the franchise? Let us know below, and as always don’t forget to stay on TechGameWorld.com for all the most important news for gamers and more. For your purely gaming needs, you can instead find the best discounts in digital format on Instant Gaming.

Amazon Gaming Week: up to 400 euros of discounts on MSI laptops 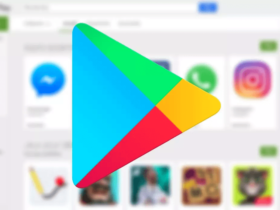