It was inevitable: who of all the Pokémon series champions will finish at the top of our top 5 as the best of the best?

Just like last week we collected “the best of the near best” with one top 5 entirely dedicated to rivals, our last appointment before the release of Pokémon Shining Diamond and Shining Pearl is focused entirely on best champions. These characters are the last obstacle between the player and the credits, and between the eight generations released so far it has been … surprisingly little difficult to draw up this ranking. If you think this is due to our personal preferences, however, you will discover in a few lines that things are not exactly like this.

We are obsessed only two rules, this time. The first, as you should know by now, is to give only one exponent to each region. The second instead provides that all the champions whose position has changed following a promotion are automatically disqualified from this list. In other words, for example, you will not see Iris from the Unova region or Hadrian from the Hoenn region, as both were simple gym leaders before receiving this promotion. This skimming allowed us to literally count the participants on the fingers of one hand. But in what order will you find them?

Opening our top 5 of the best champions is one of the Pokémon trainers who, ironically, owes his presence on the list exclusively to the rule we mentioned. Rocco Petri is many things: a genius, billionaire and philanthropist. But where Tony Stark’s playboy appearance has been one of the many facets of the character’s personality, Rocco’s problem isn’t the modesty he shares with the franchise he’s a part of. On the contrary, the scion of Devon SpA often proves to be available towards the player during the adventure. And the lack of compatibility with the Gold, Silver and Crystal versions made the presence of a mentor providential.

Although the reason for his inclusion was a mere technicality, there are qualities that make Rocco a character to be loved (although he doesn’t really exude personality). Unfortunately, these positives only emerge in later titles. Leaving aside the Platinum Version villa, almost explicitly his, in HeartGold and SoulSilver Version, he is always the one to provide us with one of Hoenn’s three starter Pokémon (Treecko, Torchic and Mudkip). The collector of rare stones, in remakes Omega Ruby and Alpha Sapphire on Nintendo 3DS, he finally had the opportunity to demonstrate more expressiveness than a block of granite thanks to the funny interactions with his father in the Delta Episode. 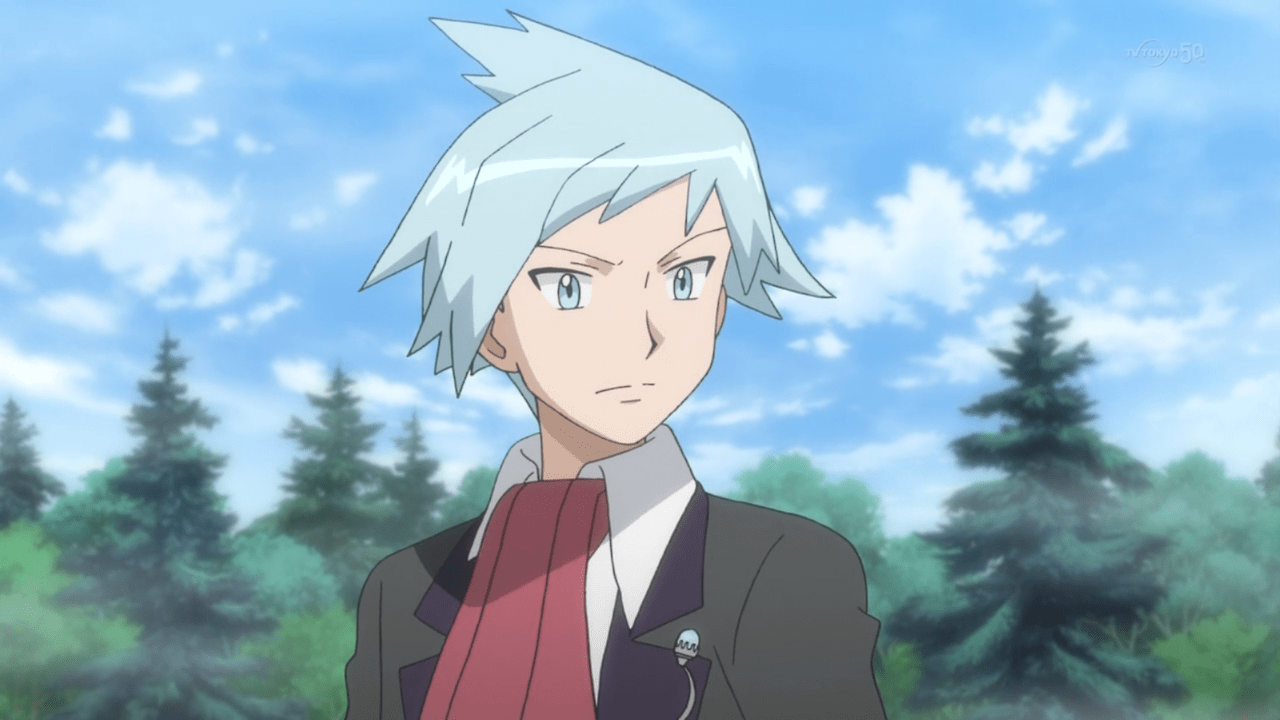 Number 4: graceful as few – the top 5 of the best Pokémon champions

Often and gladly the sixth generation is among the most mistreated, which is a shame if we consider the merits of Diantha. Although the Pokémon X and Y region is inspired by France, this elegant champion is actually a living quote to an actress from another background, the legendary Audrey Hepburn. To prevent her from reaching the top there is the bizarre middle ground between the total aura of mystery that surrounds her (up to a certain point) and her various appearances during the game, more suited to the figure of the “companion champion” seen in other episodes of the saga. Not for this, however, remains a completely forgettable character.

In terms of gameplay, his team manages to be perfectly balanced while boasting both fossils introduced with the Kalos region (in this case, it is Aurorus and Tyrantrum). She is also the latest unlockable opponent in the Battle Castle, giving her the highest rank ever seen in this facility (Grand Duchess). Furthermore, she is the only champion who reserves a player for the player special treatment for defeating her: an authentic parade in Lumiose City worthy of the ceremony for the appointment to the legion d’honneur. Not bad, for a character better known in front of the camera than in battle! 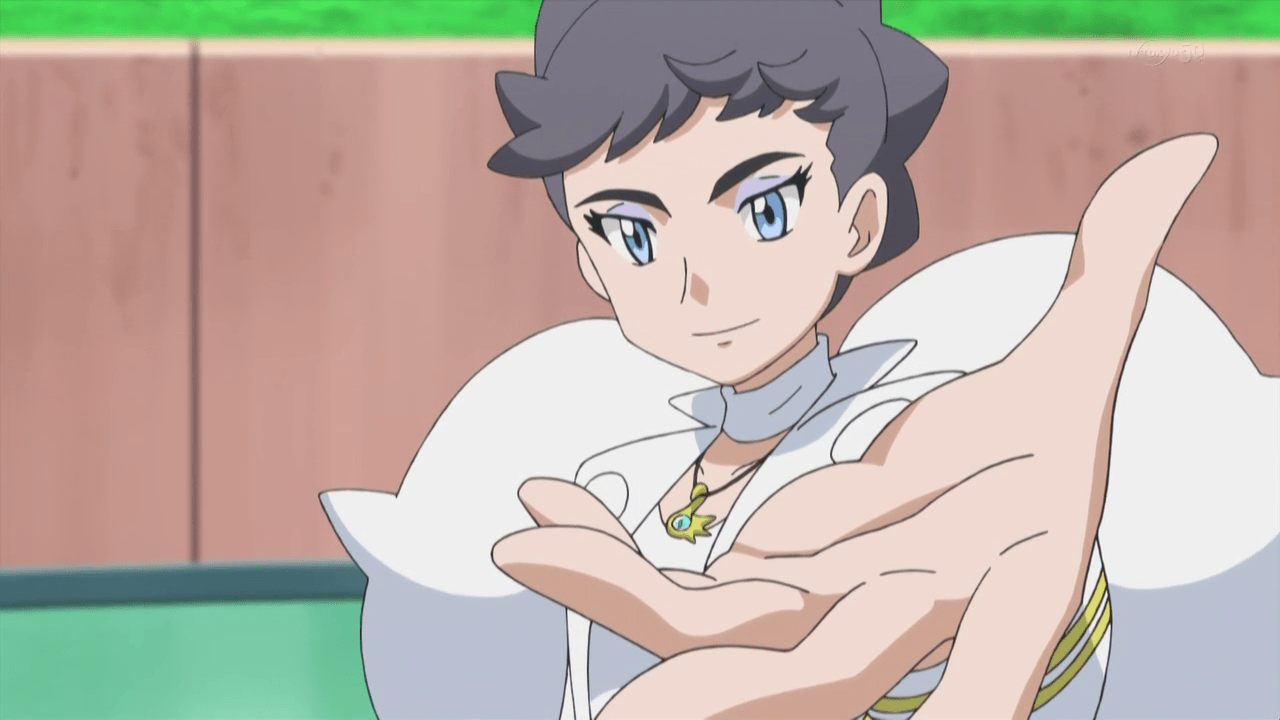 Number 3: getting lost in a glass of water (like Charizard) – the top 5 of the best Pokémon champions

We included Hop in the last top 5, and the big brother Dandel from Pokémon Sword and Shield he gets his place among the best champions by right. Throwing away the aura of mystery that usually surrounds the figure of the champion in the saga, this time the final boss is introduced directly at the beginning of the game. Despite the unsportsmanlike attitude with which (both in the post-game, where it is more understandable, and in the first minutes of the adventure) he is “almost about to join the fight” with his Charizard, this big boy knows how to be loved for his lack of wit. A bit like Kronk in The Emperor’s New Groove, but in Pokémon sauce. Anyone who knows both the game and the film will understand the connection.

The inclusion of Dandel is well deserved for the novelties that the figure of the champion brings in the gameplay. As much as the return of the Gym Leaders after the Kahuna breakthrough in Alola and the seventh generation’s approach to the Pokémon League (which is why the champion’s “challengers” don’t count for our top) seem like a step backwards, what awaits us at Goalwick is worth every waiver. This time, more faithfully (sigh) to what the anime has accustomed us to seeing, we are talking about a real tournament, in which all the Gym Leaders interested in the title take part. As for Dandel, his tendency to get lost ended in the best possible way when he decided to stop in one place: the Battle Tower, who is now presiding. 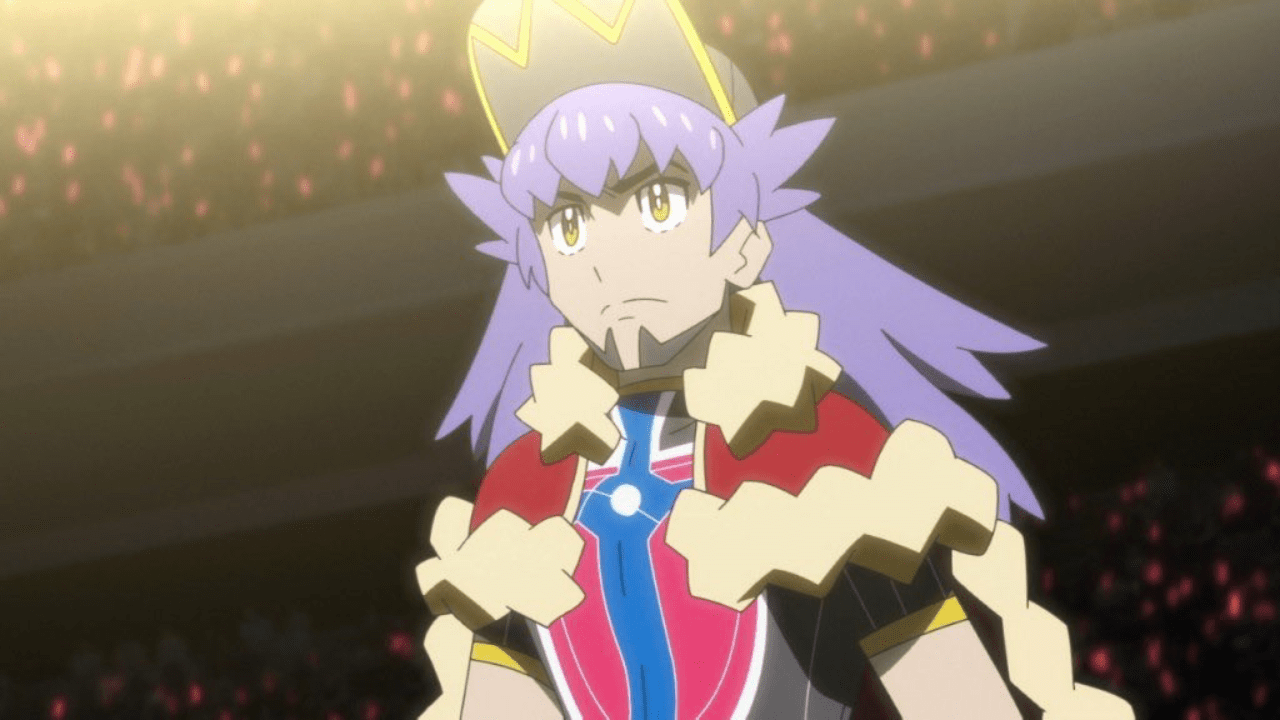 Number 2: Sitting Tauros – the top 5 of the best Pokémon champions

The American inspiration behind the Unova region has led us to ask ourselves one thing: where are the reinterpretations of the mythical Native Americans? To answer is Nardo, the champion of Pokémon White Version and Black Version, accompanied by a musical theme halfway between the wisdom of a veteran and the panpipes of South America. To further pay homage to the noble legacy of a culture that has almost disappeared, the Japanese version of the games gives it an almost archaic lexicon. However, as you too may have guessed, that is not why we are gathered here.

The peculiarity of Nardo is that he represents the only instance in which, in a Pokémon game, the clash with the champion comes after the credits and not before. In fact, when it is reached for the first time, the player arrives “too late”: not only has the Plasma team knocked him out, but it is when the time comes to fight that the entire castle of the criminal group stands majestically around the structure. To give you an idea of ​​just how emblematic of the game this iconic twist is, the Pokémon League scenario of Unova in Super Smash Bros. for Nintendo 3DS and Ultimate enjoys spoiling by lifting the walls of Team Plasma’s castle around the arena. . 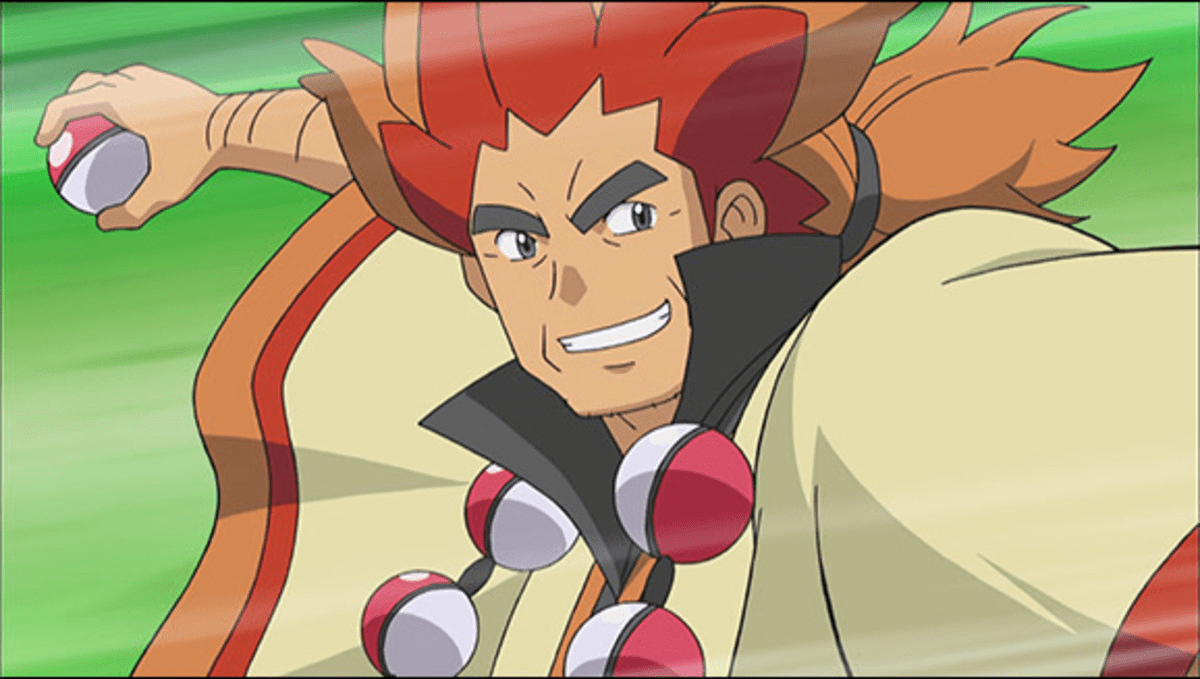 As imminent as the release of Pokémon Shining Diamond and Shining Pearl is imminent, it may not seem like a coincidence that it is Camilla to finish at the top of the top 5 of the best champions. In reality, it is usually the characters (human or otherwise) of the first two generations who win in popularity, but Camilla still remains one of the most loved champions today. And how to blame the fans, after all? His leitmotif played on the piano still remains today one of the moments “why do I hear a boss music?” best known in the gaming world, like Sephiroth (who if it were not for the regulation would have entered another ranking) in the first Kingdom Hearts.

Fights with her tend to be difficult, especially in the Unova region, among whose fans Camilla has become a notorious figure for her role as secret boss. In the latter case, the Sinnoh champion does not even bother to warn: the unfortunate who sets foot in his summer residence without knowing it will inadvertently find himself at the center of a fight even more difficult than what was seen in the Sinnoh League. Among the other appearances of Camilla, we point out the Arceus event in HeartGold and SoulSilver, the Pokémon World Tournament in White 2 and Black 2 and the Alola Fight Tree. 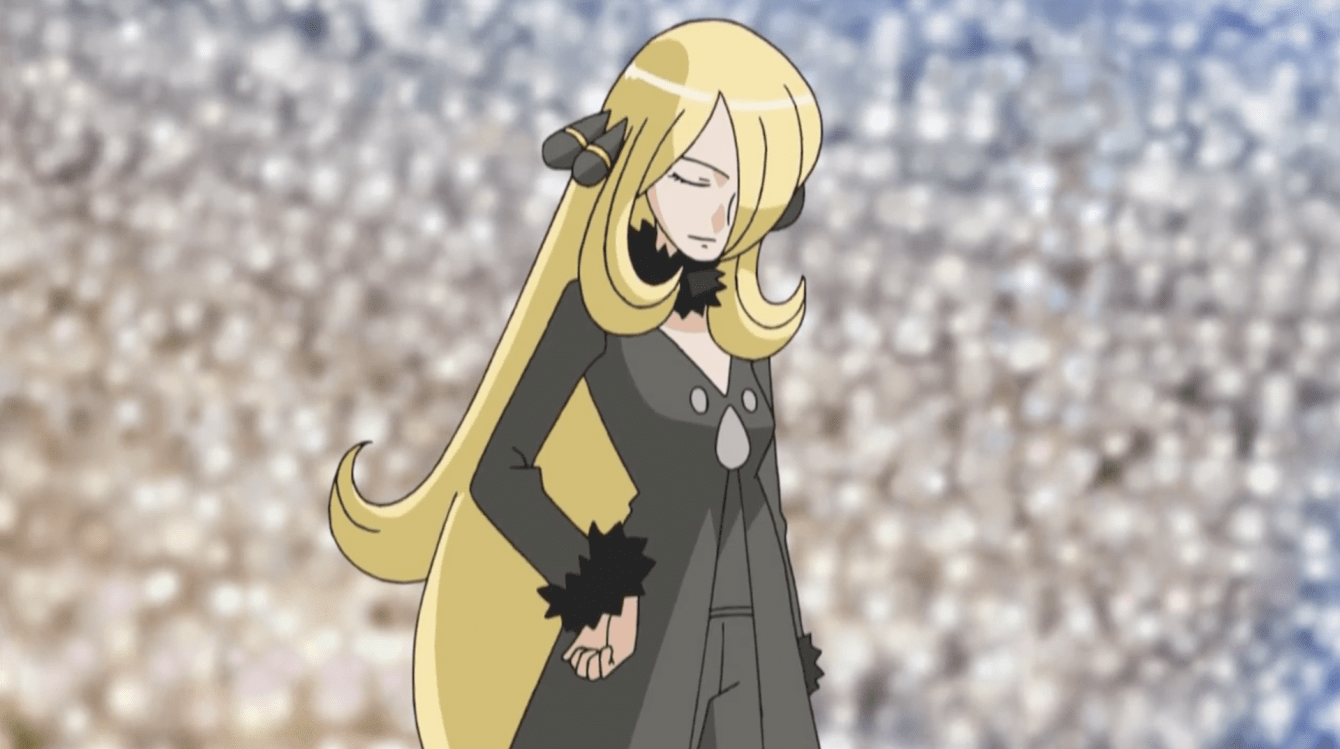 Now it’s up to you to tell us yours: what do you think of this ranking? Let us know below, and as always don’t forget to stay on TechGameWorld.com for all the most important news for gamers and more. For your purely gaming needs, you can instead find the best discounts in digital format on Instant Gaming.