Pokémon UNITE announces that the game will join the Pokémon World Championships scheduled for this summer.

Through a letter addressed to the Trainers, the producer of Pokémon UNITE, Masaaki Hoshino, announces, among other news, that the game will become part of the World Championships. In fact, starting this year, teams from all over the world will be able to compete in an exciting competitive season. From this will emerge the teams that will qualify for the World Championships scheduled for this August.

More details will be released soon on the new content coming to Pokémon UNITE, in particular with regard to the unprecedented competitive mode designed by the developers to make the stay on the Isle of Heos even more fun for all fans.

Here’s what the letter says:

“The past two months since the last letter from the producer have been truly incredible for the Pokémon UNITE team. We were truly blown away by all the strategies and playstyles we have seen evolve over time as Managers climb the ranks and discover new ways to achieve victory. Players continue to amaze us with their talent for mastering new Pokémon and using them in ways we never could have foreseen.

In addition to new playable Pokémon, there are many other new additions to make your stay on Heos Island even more fun. Today we wanted to take this opportunity to share some details about what we are preparing for Pokémon UNITE. “

Meanwhile, other nice news from the world of Pokémon include:

Oppo’s next camera will be hidden under the display 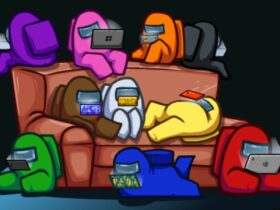 A new update of Among Us is coming

Roblox: servers are about to come back online!