Popcorn Time, the popular app that allowed you to watch pirated movies and TV series, has closed its doors. Let’s find out all the details together.

The app debuted in 2014 and within a year it became one of the most popular services to access illegal video content. In 2015, Netflix warned investors of Popcorn Time’s rise in a financial report and the CEO, Reed Hastings, said: “Piracy continues to be one of our biggest competitors.”

I creators of Popcorn Time dropped the service shortly after its introduction, and emails released after a Sony Group Corp. hack indicated that police they may have played an important role. However the application code was open-source: this means that other developers have taken advantage of it.

In 2015, a developer associated with Popcorn Time revealed to Bloomberg that the service he was not responsible for the piracy because did not host stolen material. The software instead offered a link to computers around the world that hosted the content through the BitTorrent file-sharing system.

On Tuesday, the group behind the app sent an email to reporters declaring its end. A farewell note posted by Popcorn Time, with an illustration depicting a bag of cinema popcorn dead, proclaims “RIP” at the top of the page. The site also contains a graph of interest over time in online searches for the app, similar to what Netflix sent to investors in 2015. You can see the image above.

The movie piracy it’s still a problem for Hollywood and that’s why film studios use a aggressive legal approach in his regards. However, despite Popcorn Time having shut down, there are many other alternatives to the illegal site that are spreading across the internet. 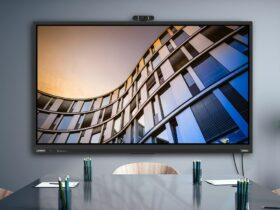