Ninjala is the latest new creation from the development and publisher team GungHo Online Entertainment. Their experience in the videogame field derives from the publication and creation of some high-profile video games, especially in the Asian market: Yo-Kai Watch World, TEPPEN, Ragnarok Masters and many others. Experiences in the online field that they certainly managed to express in their latest new creation. In today’s preview we will talk about the ambitious Ninjala, trying to succeed in the market free to play of Nintendo Switch.

What we have tried

The title in question was tested during the open beta which took place between the days of 28 and 29 April with three one-hour sessions. It was not a complete version, but limited to a single mode and with some sections of the menus completely inaccessible. In fact, not all the maps, weapons and the microtransaction compartment was disabled. However, we have enough elements to tell you our opinion on this bizarre online action game. 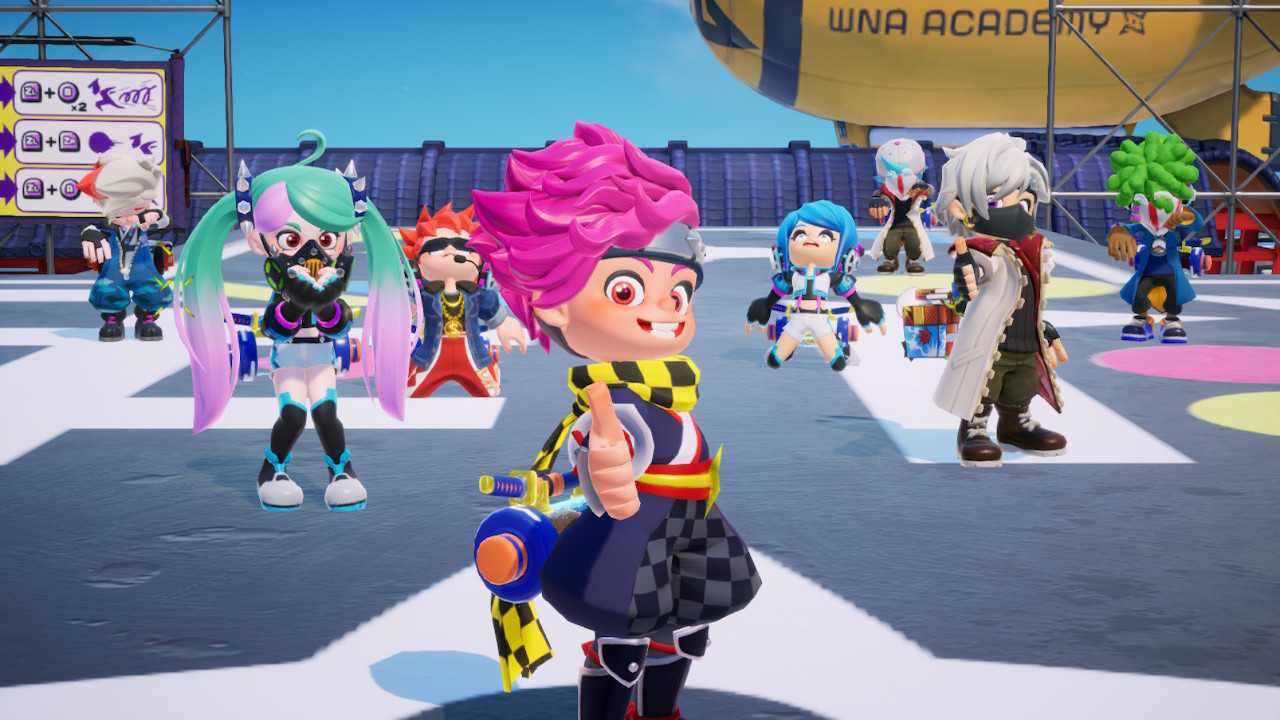 Curiously, the plot of the game is told outside the game and through some videos on the YouTube channel of the title. Still there is only a delightful animated prologue that tells of the disappearance of the Ninja in the course of history, whose dynasty and power still live dormant in their descendants. Thanks to some bizarre experiments, three of them manage to awaken its strength by chewing special chewing gums, the Ninja Gum. This change in addition to giving them an out of the ordinary agility, has exaggeratedly rejuvenated them finding themselves small but with great powers. 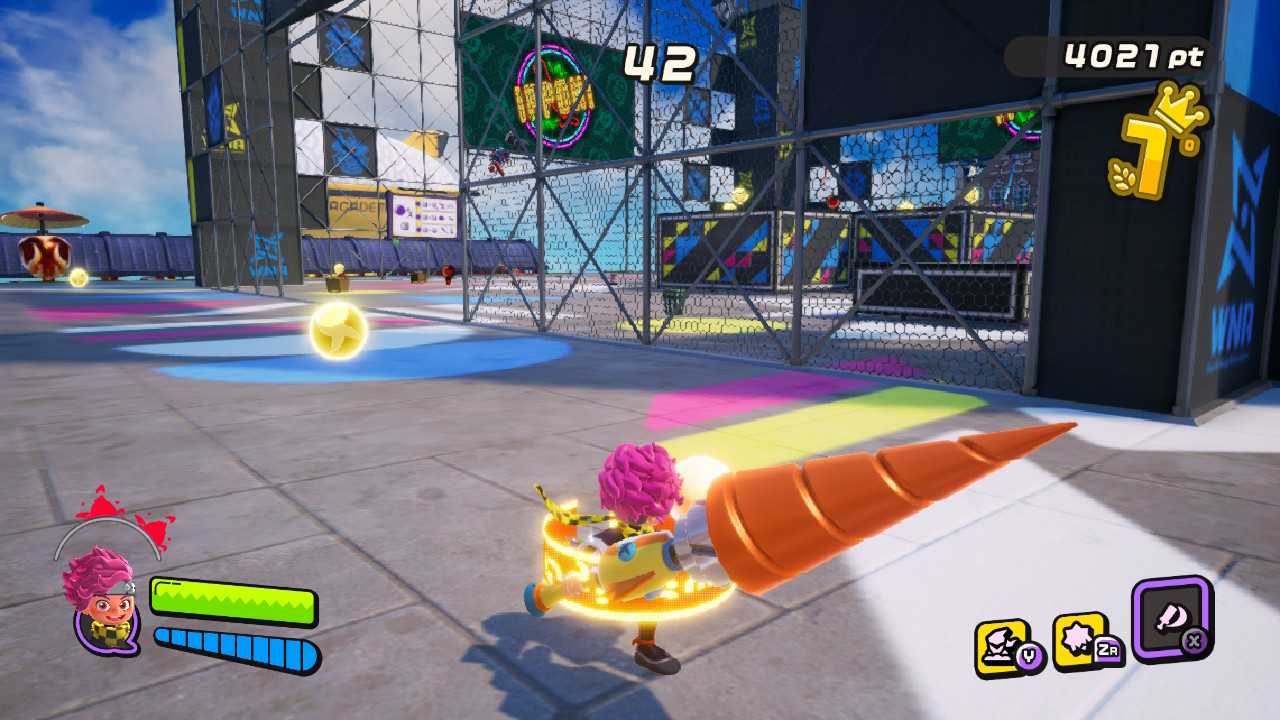 The gameplay of Ninjala all takes place within small arenas where our characters fight for victory. There was only one available in the open beta 8 player mode free-for-all and a very minimal design map that hardly managed to fully express the potential of the game. Our characters have in fact numerous means of interaction with the environment such as run on the walls, double jumps, transformation into objects; however, suffocated by a poorly articulated map. Movements also aimed at giving dynamism to the numerous chaotic and colorful blends.

However, most of the time we will be engaged in one-on-one combat, that is, bladed and special skill challenges. If we then manage to win the fight and deliver a blow strong enough to throw the enemy against a wall, we will have scored a Ippon and many points. Furthermore, that of the Ninja is not the only dominant theme, it is in fact accompanied by chewing gum, the Ninja Gum.

By neutralizing the drones scattered around the arena we will increase the Gum Bar, that the use of ZL allows us to inflate a huge balloon to move more easily and enlarge the weapon. The abilities of the characters generate a great deal of chaos which, however pleasing to the eye, are occasionally tiring and difficult to understand all together. 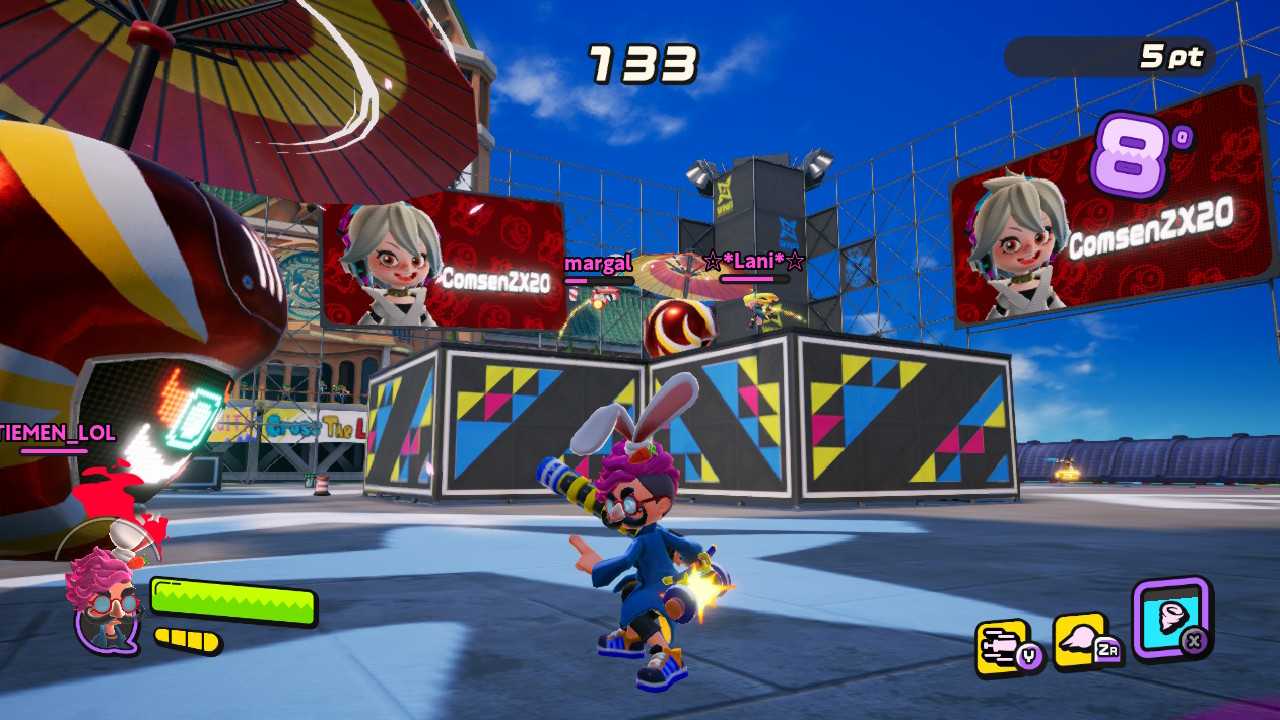 Many of the positive aspects of Ninjala mainly lie in the possibility of fully customize your character, both in terms of aesthetics and combat. The latter is what gives depth and variety to the whole gameplay thanks to a wide choice of different upgrades and weapons. During the beta we were only able to get our hands on four of them: Skate hammer, Katana Ippon, Bestial Drill, Magic Ball.

We will be able to equip only one per game by providing the character with different combos and special abilities per weapon. With the Auger, for example, we can dip into the ground (wink to Splatoon) to get closer to the enemy quickly, the Hammer balances its slowness with a very powerful blow and the Magic Ball summons some very useful bombs that hit in the area.

To give even more variety are the passive boosts called Carte Shinobi. They equip themselves in the character kit before the game starts and improve our skills with the addition of further effects, various power-ups and the increase of the Gum Bar. microtransaction merchandise to create disparity between players.

Staying within the customization menu we can freely change the aesthetics of our little avatar. If at the start of the game our choice was limited to some predefined templates, now we can implement some big changes in the options. The combinations are numerous and there are no gender limits. If we wish it is not excluded the creation of crazy characters with glasses and weird clothes, both cool and trendy. The outfits are not lacking and they are all interchangeable: accessories, colors, hairstyles, make-up and even the background music during the game. 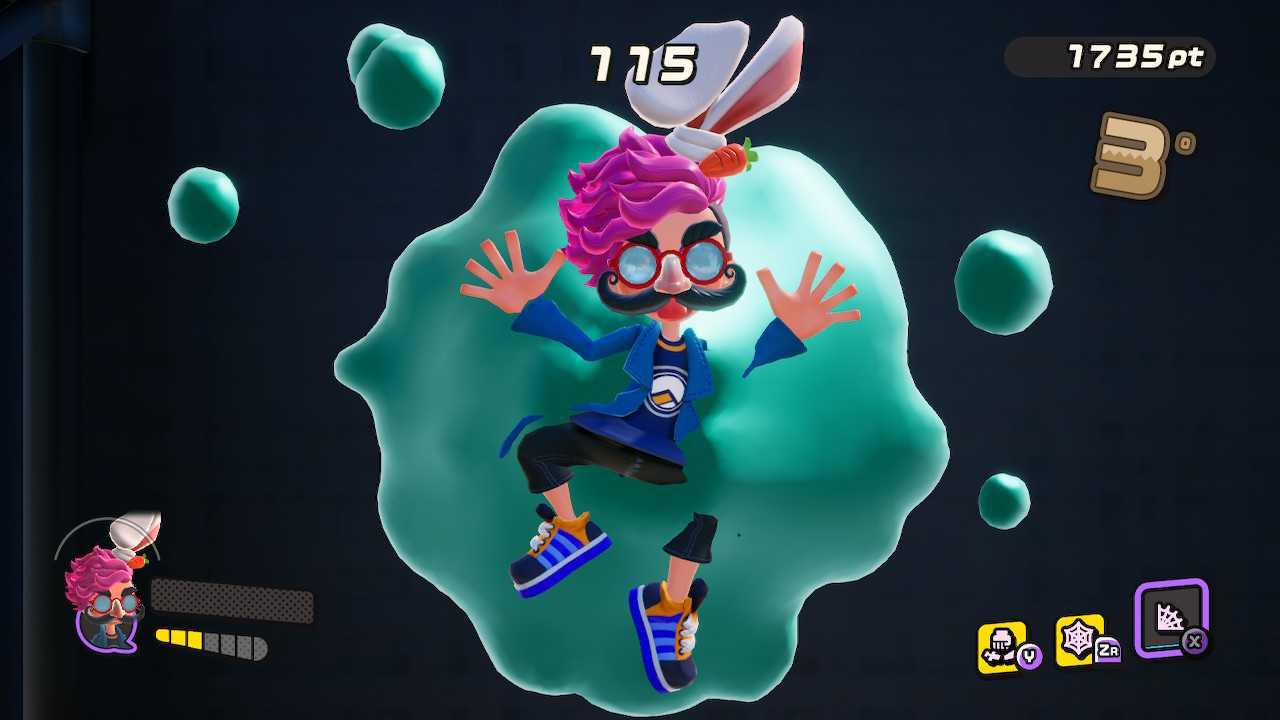 During our brief experience, the game has shown that it can maintain sufficient performance, sometimes suffering some frame drops. We have noticed the most serious problems mostly from the aspect of connectivity. Given its free nature, the game has benefited from a significant turnout of users, but suffered from some connection problems. All quite common problems that often happen when online games are launched. However, the developers tried to resolve quickly problems by shifting schedules or extending the duration of the sessions. But now it’s time to take stock of this preview on Ninjala. 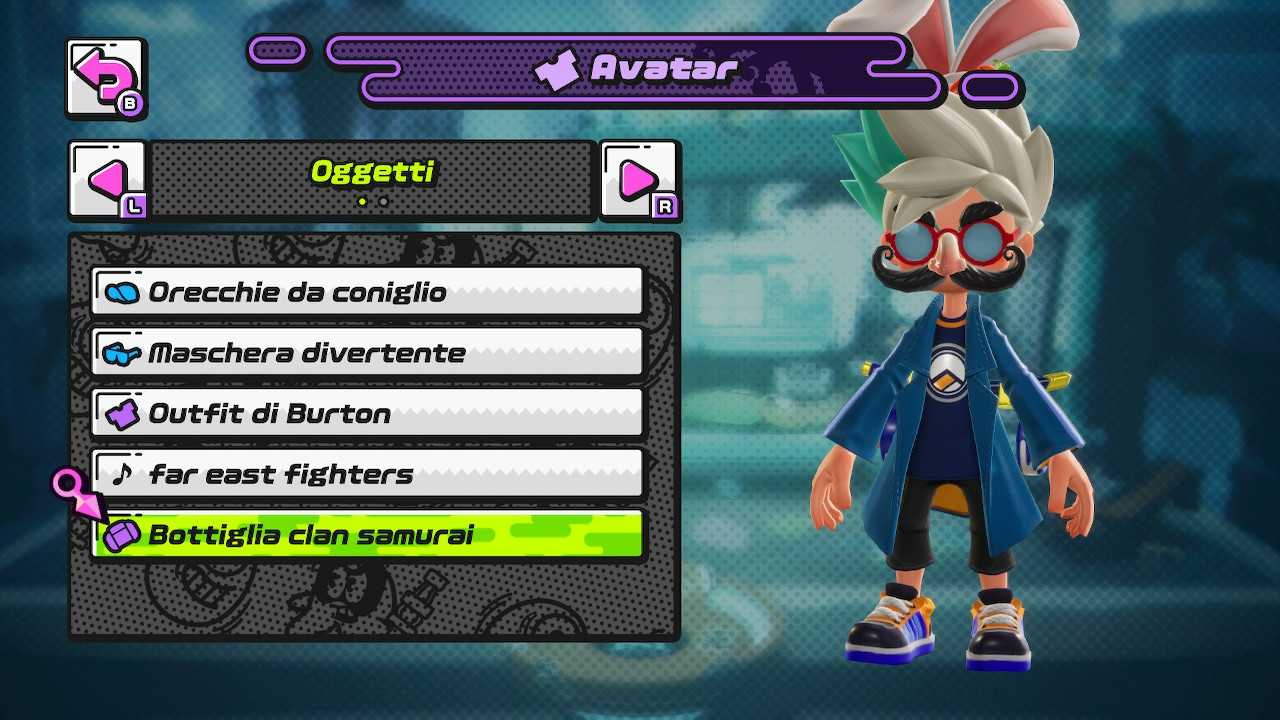 Despite having played only a small portion of the game, Ninjala offered us a couple of hours of chaos and fun. The fights are dynamic and the race for the highest score is as much arcade as it is fun. The customization of the character is his power, however, we hope it does not quickly turn into its weakness with the addition of microtransactions. It would be a real shame if, like a ninja, the Shinobi Cards were transformed into the coffin of the game including nails.

The final version of Ninjala will be released with the free to play model on May 28, 2020 exclusively on Nintendo Switch. Will you try this game? Let us know in the comments. In the meantime, to stay updated on video games and technology, we invite you to continue following us on TechGameWorld.com.