March 2022 is upon us, and as every month, the appointment with PS Plus games for PS4 and PS5 that Sony has reserved for subscribers to its service is back in great shape

The shortest month of the year is now almost a memory, and with its departure the spring season is getting closer and closer. And for a February who greets us, here is a ready March which, as the tradition of PS Plusis ready to give Sony subscription service subscribers a large number of PS4 and PS5 games. Will the third month of the year be able to satisfy the users of the Japanese giant, after the controversy that broke out in returns following the announcement of the games distributed during the aforementioned February? Continue reading our special to see if your expectations have been met this time.

Tell the truth, the first warm suns of this final remnant of winter made you want to spend time outdoors, right? Well, curb your ardor immediately, since the batch of games PS4 e PS5 that the PS Plus will make them available shortly, they will force you to spend hours and hours attached to your consoles. We start at full throttle with the races of Team Sonic Racing (PS4)to then try to survive in the primitive world of Ark: Survival Evolved (PS4)passing through the white weapon clashes of Ghost of Tsushima: Legends (PS4 e PS5) and closing with the brutality of Ghostrunner (PS5).

It may seem strange, when you are the fastest porcupine in the universe, to decide to race aboard a motorized vehicle, but it doesn’t matter when you do it thanks to Team Sonic Racing. The title developed by Sumo Gamesin fact, in spite of the characteristics of the iconic SEGA mascot, will catapult all the protagonists of his frenetic universe into a series of races to the last drift, which can be faced both in single and in the company of friends (both locally and online). Are you ready to give your opponents the dust? Primitive Survival – PS Plus March 2022: here are the free PS4 and PS5 games

Surviving is hardly a breeze on The Islandthe island that is the scene of the playful events that characterize Ark: Survival Evolved, given the dangers that production conceals on its surface. Establishing a base, and then proceeding to support it (and ours), looking for the right materials, can make the difference between living or dying. An eventuality that will always be around the corner, thanks to the lethal prehistoric creatures that seem to want to do everything to be able to sink their fangs into our succulent flesh. Among the most popular titles of recent times we certainly find the latest work by Sucker Punch, which a few months after its launch was delivered Ghost of Tsushima: Legends, the cooperative multiplayer sector. Together with 3 other ronin we will be able to engage in furious battles against lethal threats, as well as unlock many customization elements for our warrior. Breaking the system – PS Plus March 2022: here are the free PS4 and PS5 games

In the shoes of the Ghostrunner Jack, you will be called upon to make your way through hordes of enemies, taking advantage of the skills with the katana and incredible parkour movements. Between sudden deaths and tons of bullets to avoid, you’ll have to take control of a mega-like cyberpunk structure, dominated by an immense tower. Death awaits you in this frenetic action, are you ready to tame it? And with this concludes the special dedicated to PS Plus PS4 and PS5 titles coming in March which, as you have seen, offer a fair variety of genres. And what do you think of what Sony he’s prepared? Have your expectations been met? We invite you to share your impressions and opinions via the comments section, as always here, on TechGameWorld.com.

Before saying goodbye, we also remind you that on Instant Gaming you can find many titles at a discounted price, so run and take a peek if you want to save some money. 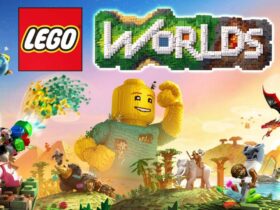 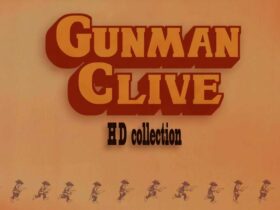 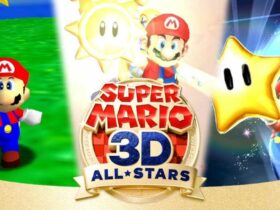