Welcome back to the appointment dedicated to anime, in particular those in the VVVVID catalog, and to their comparison with manga: today we present Psycho Pass, the dystopian series by Gen Urubuchi

Imagine a future where technological advances have made it possible to accurately measure and monitor people’s mental state, personality and inclinations.

We would have everything under control, or rather: the machines would have our control.

Beyond pure submission to technology, the psychological variant would remain. The entire humanity controlled, analyzed, schematized within mechanical judgment criteria, limited in the way of life and perpetually monitored.

Let’s face the discourse by talking about Psycho Pass, written by Gen Urobuchi and produced by Production IG

The anime aired in Japan in 2012 on the television platform Fuji Tv in the noitaminA block. In Italy, however, it was purchased for the first time by Dynit and subsequently broadcast by Rai, from October 2013 to April 2014.

Psycho Pass is available in streaming on the on demand platform VVVVID e Netflix. 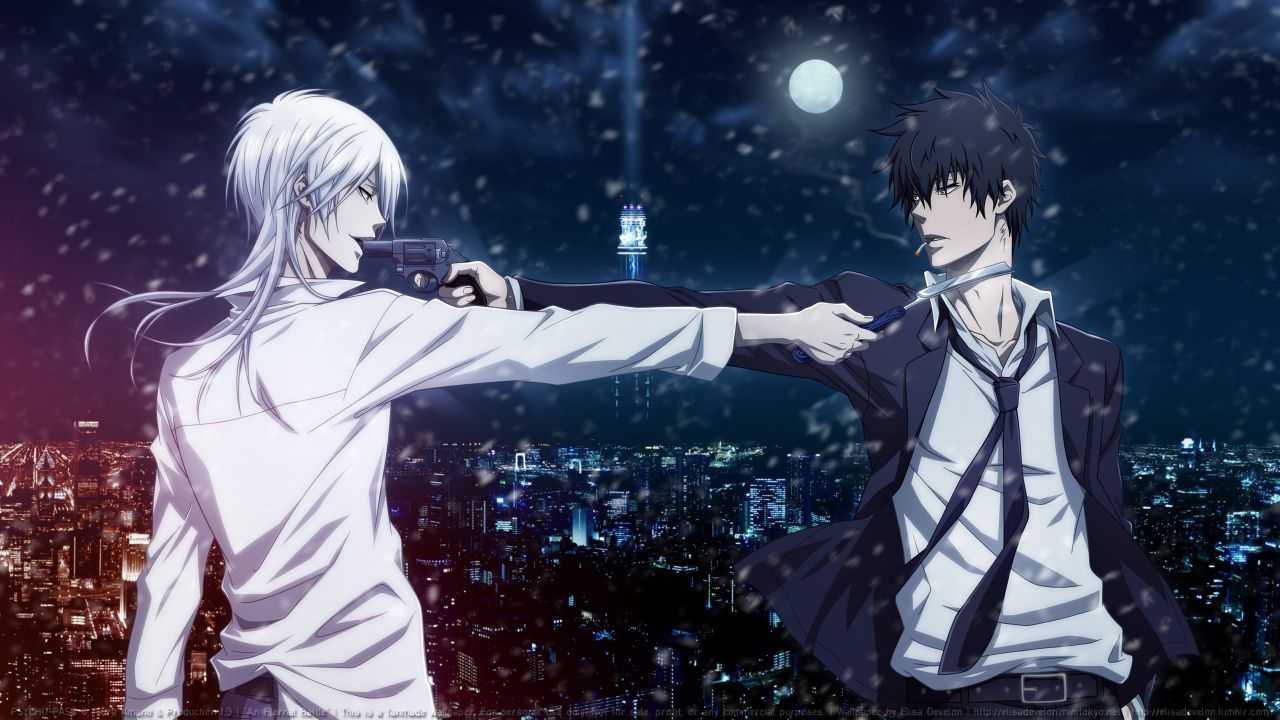 Technological advances have made it possible to accurately measure and monitor people’s mental state, personality and inclinations: the so-called Psycho-Pass.

Thanks to this, it is possible to evaluate the chances that a person will commit a crime or not. When this “Crime Coefficient” exceeds a certain limit, the anti-crime section of the Public Security intervenes; formed by Performers, latent criminals whose job is to catch other criminals and give them Inspectors, police officers who monitor and direct their actions. Inspectors and Executors can intervene using Dominators, particular guns that can vary the type of shot based on the type of target (they deactivate in front of people with low coefficients, stun in the case of medium coefficients, they are lethal weapons for criminals with high coefficients).

The story is set in 2112 Tokyo and revolves around Shinya Kōgami, an Executor who uses the Psycho-Pass to fight crime, and ad Akane Tsunemori, Police inspector just joined the squad Kogami belongs to.

We live our life. We decide our life. Ours is “free will”, freedom of choice. But what if one day free will is controlled? What if everything we do is monitored? If we no longer had a choice, could we still really call ourselves “alive”? Can we live by accepting this “system” or can we deny it in the name of our choices?

Psycho Pass reveals a reality devoid of critical sense, brought only to judge others without asking the questions necessary to understand how we got to this point.

The criminal, considered such on the basis of his own crime index, is judged only on this front, depriving him of the human aspect that also determines him in his actions. It is not important to understand the reasons that led him to break the law, it only matters what the big brain, which commands and controls everything, thinks of such a person.

The defeat of the company lies precisely in this: to submit completely to the will of the machines, giving up fighting for freedom and non-belligerence. Technology is superior to us, so there is no way to deny it; what she says is pure gold.

In this sense the protagonist, Akane, is the typical white fly of society, strongly criticized by colleagues for this attitude. She is not interested in the risk she runs in talking to a criminal, the important thing is the person in front of her; he sees the individual, and not the coefficient that has been attributed to him.

The story is all about Akane’s struggle towards the opening of a mentality of thought that has now become standardized.

Who I am, who I was and who I will be they are no longer part of the ego of the individual, what ultimately matters is only what has been done. 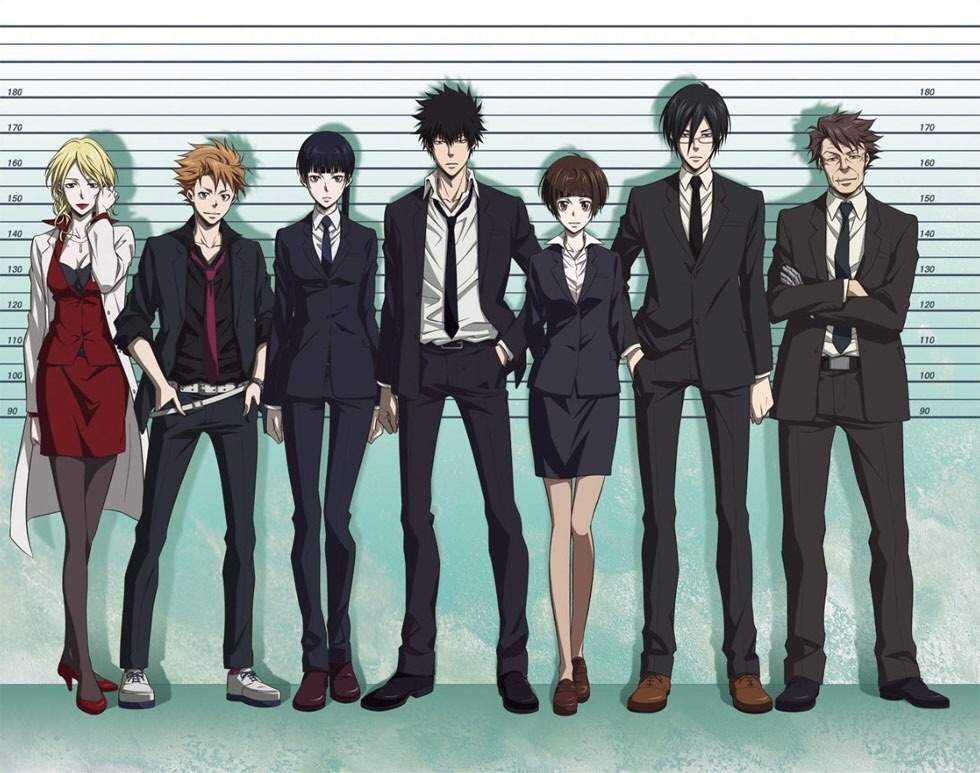 The psychology of the characters is analyzed throughout the work with great attention and depth, all through dialogues that capture the viewer’s attention; they are often very long and philosophical dialogues, but which stand out for their fluidity and the ability not to weigh down the vision as a whole. The anime poses, in fact, very interesting questions and reflections and it does not fail to make you waver over who might be right.

Makishima, the antagonist of history, wants to bring man back to the old values, those before the system, when he was free in his choices and in interactions with others. He is a very strong character, who manages to oppose the system with a lot of tenacity, intelligence and innovation.
The presence of Sybil instead of increasing has greatly reduced the freedom of the individual, especially in the decision-making field. How can a program decide whether a person deserves to live or not? Unfortunately, to prove this thesis, Makishima used quite questionable methods, even sacrificing a lot of lives.

Kogamiinstead, he is a former inspector demoted to executor. With numerous skeletons in the closet and a great spirit of vengeance that has been corroding him for three years now, he is perhaps the most interesting character. What is most striking is his relationship with Akane, whose nature is not fully understood.
The only thing we are sure of is that the two are very similar, understanding each other like no other. Kogami appreciates Akane’s investigative side, her search for “Why” the gesture was done, not just settling for “How”. Unlike all the other team members, Kogami asks her questions aimed at making her think better, so as to change her thinking pattern, as if they were on the same wavelength. 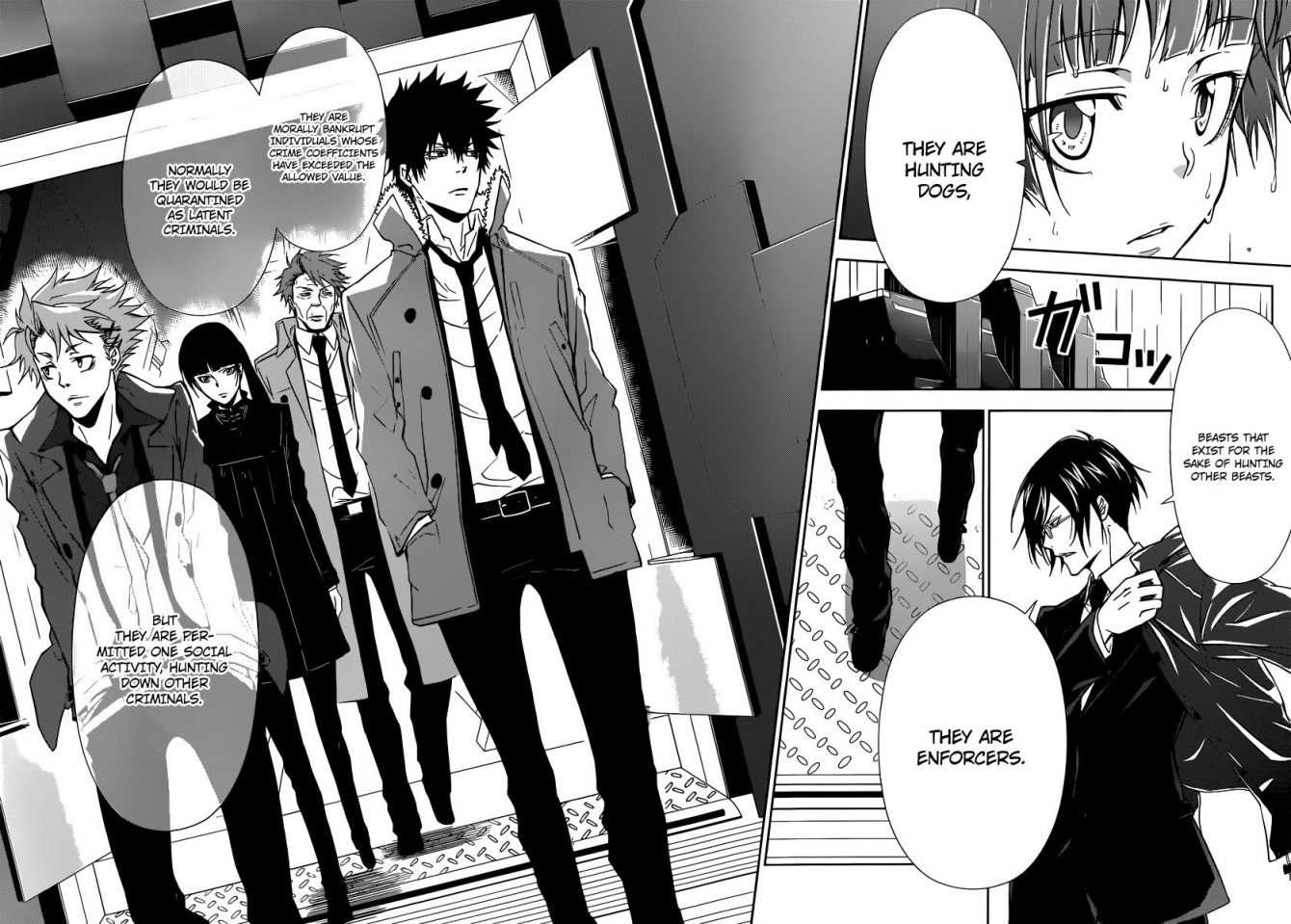 Psycho Pass – Ispettore Shinya Kogami, prequel to the famous animated series, features the same setting conceived by the production staff of the original series, but the drawings of You know Natsuo and the screenplay by Midori Goto are they original.

The character design closely resumes that made by Production IG for the anime; hairstyles and clothes are definitely familiar to anyone who has followed the series. The same considerations apply to the setting as well.

Although the manga takes up characters already seen in the animated series, it also introduces a good number of new elements. The protagonist, Shinya Kogami, is presented in a decidedly different guise from that in which it shows itself in the anime. That Kogami was previously an inspector is revealed in the course of the original series, but in these volumes we finally get the opportunity to see him in action in the old shoes.

The psychological study, both the protagonists and the antagonists, is at the base of this manga as much as the investigative aspect. But as happened in the animated series, the motivations of the antagonists are far from obvious and are, indeed, potentially shareable.