Razer just announced the Razer Basilisk V3, the new wired gaming mouse, offering the best of features for advanced customization. With 10 + 1 programmable buttons, an intelligent scroll wheel to switch between modes and the tecnologia Razer Chroma RGB, it’s time to take the field and show everyone your skills as a competitive gamer.

Since its initial launch in 2017, the Basilisk family has continually evolved and enriched to become a line of gaming mice that gamers truly feel their own. R.azer Basilisk is a reference point for those who want a mouse rich in features, perfect both from the point of view of customization and performance.

Gamers are always in full control with Basilisk V3’s endless customization options, covering both hardware and software. The device has in fact the new and intelligent Razer HyperScroll Tilt Wheel, for an unparalleled scrolling experience.

The scroll wheel of the Basilisk V3 also offers virtual acceleration, which increases the scrolling speed of the mouse according to the speed with which it is spun, allowing smooth navigation on documents of numerous pages. Virtual acceleration can be activated via Razer Synapse, providing another way to make Basilisk V3 even more unique.

With 10 buttons easy to access and one, for changing customizable profiles, placed under the mouse, it is possible to reprogram quick and essential actions such as push-to-talk, ping, macros and secondary functions on each button. Profiles can also be saved and changed seamlessly between programs, and with up to five on-board memory profiles, you can play your best anywhere, anytime.

The Basilisk V3 is updated with 11 Razer Chroma lighting zones all over the device and an underglow that envelops the mouse in a glorious Chroma RGB glow, with over 16.8 million colors and countless lighting effects. With over 150 games built into Chroma, its lighting will intelligently sync, interacting with in-game events. 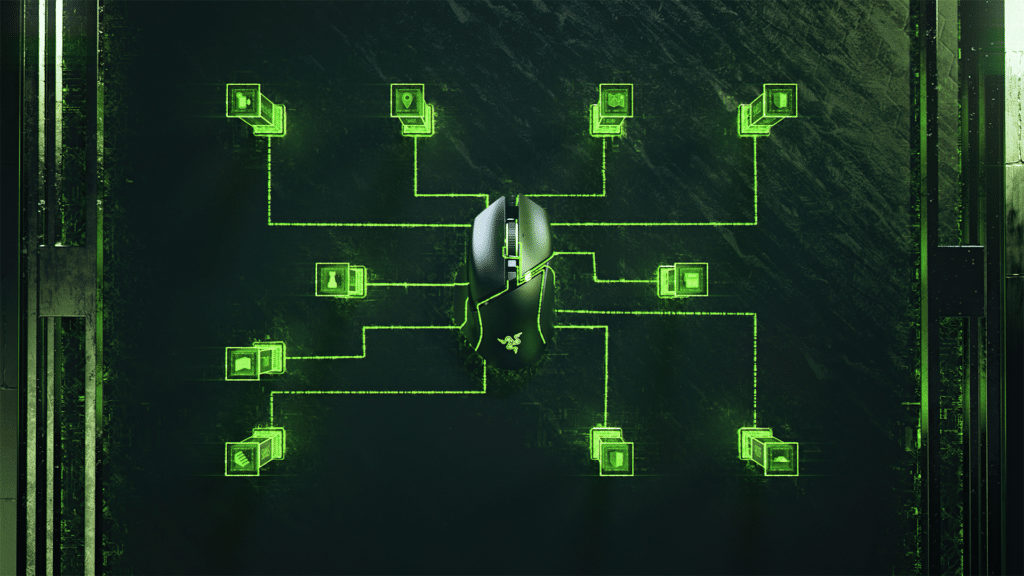 Razer Basilisk V3 also features the Razer Focus + 26K DPI optical sensor, the most advanced and precise in the world, equipped with intelligent features such as Asymmetric Cut-Off that allow you to customize the lift-off and landing distance according to your needs. Thanks to the second generation Razer Optical Mouse Switches, it is also possible to experience crisp, decisive clicks with an actuation speed of 0.2ms, which eliminates any risk of unintentional double clicks.

Combining the best features of Razer mice, from those already known and appreciated on the market to completely new ones, introduced for the occasion, the Basilisk V3 is configured as the ultimate gaming mouse for its ability to customize, for each game or activity. To buy it just go to the official website.