Razer launched the “Champions Start from Within”. This program is designed to promote healthy and sustainable gaming habits even in particularly fast-paced sectors such as competitive gaming. For its wellness program, Razer has partnered with psychologists, physiotherapists and nutritionists with the aim of providing resources and support to esports athletes.

Razer launches a wellness program in the esports world

The export world is constantly growing and turnover is set to exceed $ 1 billion in 2021. For players, all too often, there is a risk of push yourself beyond physical and mental limits, putting your own well-being to the test. Physical injuries and mental stress are often the consequences of irregular schedules and diets and cause an early retirement from activity (the average age of end of career for athletes is 25). To support its initiative, Razer has launched a portal dedicated to Champions Start from Within with the aim of providing all the information needed for wellness. The company announced that it will also hold webinars and workshops on the issue.

Flo Gutierrez, Razer’s Director of Global Esports, points out, “The esports scene is dynamic and fast, and that’s what makes it so exciting and engaging. The industry, however, hasn’t placed much emphasis on the physical and mental health of athletes, who often don’t know how to take care of their mind and body in order to secure a longer career. We want to ensure that players and teams at all levels of competition receive adequate support “

Tales of Arise: how to best use Shionne

Riders Republic: announced the release date of the beta version 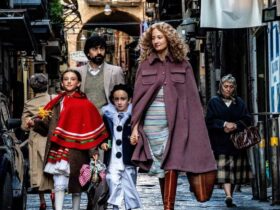