Realme Flash is the company’s first concept phone and features one 4500mAh battery which can support the ricarica wireless MagDart fino a 50W: this is able to bring the charge level from 0% to 100% in less than an hour, a result similar to those achieved with the 50W SuperDart chargers equipped with a cable.

As for the 50W MagDart power supply, this is equipped with an air cooling system that keeps the temperatures of the motherboard and the coil at a moderate level with a compact and powerful fan. Thanks to this component, the power supply is able to quickly dissipate heat by attracting a large flow of air into the system, so as to keep the charging power at a high level for a longer time.

There is also a thinner version of this charger, namely 15W MagDart; only 3.9 mm thick. This charger is not only 26.4% thinner than other devices on the market, it is also faster. The coil and the charging board are located respectively at the two ends of the socket and the charging pad, which is thus extremely thin. This structure is also great for reducing heat and allows you to provide the device with a high-power charge for longer, which can bring the battery level from 4500 mAh from 0 to 100% in just 90 minutes.

During the event the company also presented MagDart PowerBank is a special charge base, two products that can be paired to become a single vertical charging platform. The smartphone can be charged by the powerbank and the latter can at the same time be powered by the charging base. To charge the phone while away from home, simply connect the powerbank to the smartphone. 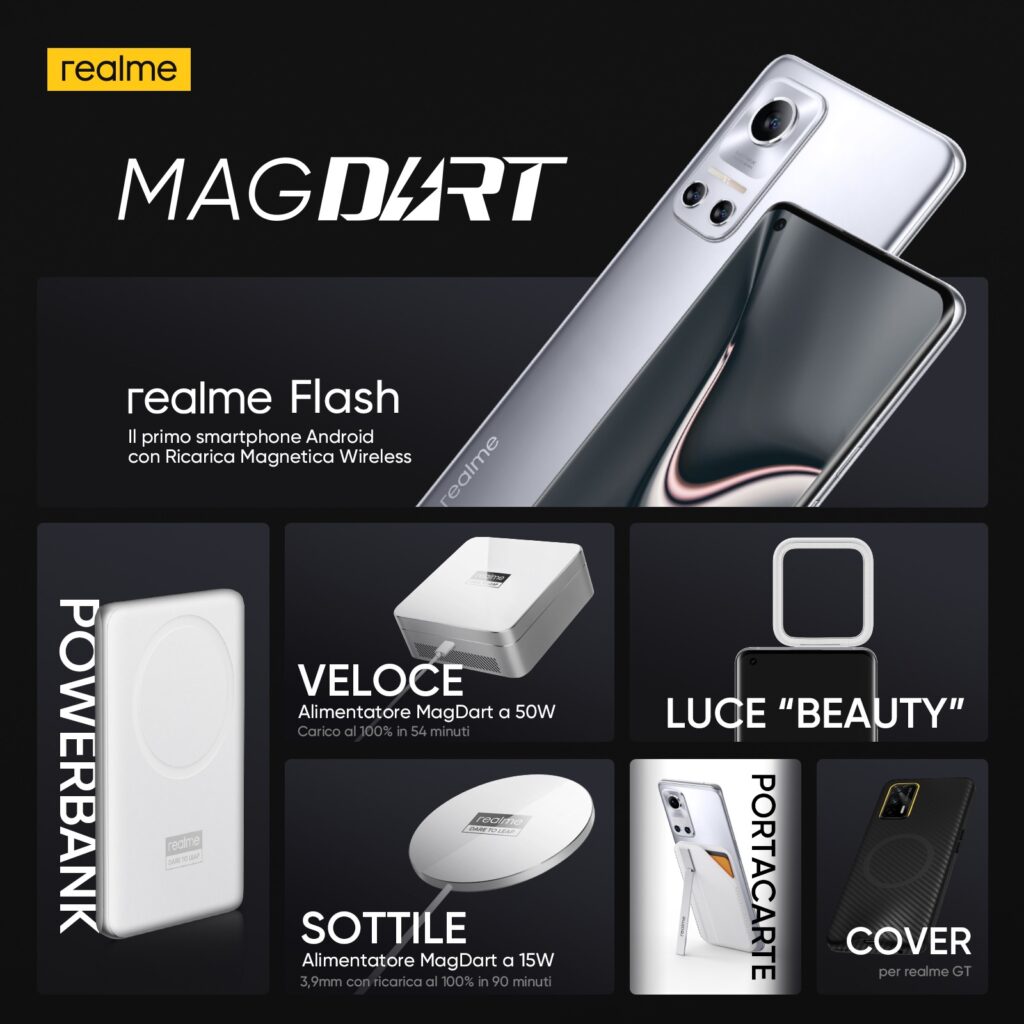 Finally we saw several accessories, among which stands out MagDart Luce Beauty, designed with portraits in mind. The module can be easily connected to the smartphone via MagDart and powered by reverse phone charging to provide extra flash when taking selfies.

Also present the MagDart Cover for realme GT makes the smartphone compatible with MagDart technology. This cover uses the Type-C connector to allow the phone to be charged wirelessly via MagDart.